I recently had the opportunity to talk with Kandeyce Jorden, a local painter and filmmaker, about her work and her first solo gallery opening, I Dream in Color. Kandeyce’s spirited approach toward life combined with her almost nightly out-of-body experiences provide her with a constant flow of characters and emotions. She is a very bright and grounded person, but her artwork often seems as if it reflects the reality of another dimension. Kandeyce’s paintings are a fascinating look into the mind of a very creative and passionate human being. I Dream in Color is showing May 20-22 at World Wide Mind on Abbot Kinney, with an opening reception on Friday the 20th from 6-10 p.m. It’s going to be a great show.

H So we are here to talk about your paintings…

H …and I wanted to ask you, have you always seen yourself as an artist?

K Not really. For so long I worked a ton of other jobs, from selling vacuums to acting. When you’re an actor, you spend a lot of time waiting to be creative, waiting for the camera to start rolling. That’s really when I started painting. I felt creative and I just felt like I had to do something with my energy.

H When did you decide to promote yourself as a painter?

K A few years ago, really. It was when I started working with the paper and working with mixed media. People would come over and say to me “Oh wow, it looks like you’re finding your style,” and that’s what I think liberated me. I find that even if I don’t know what I’m going to do, something inside me just goes “Get the music on.” Once I get my hands on some paper and glue…

H Most of the canvases you paint on are pretty big.. You really have quite a labor-intensive style.

K The labor is why I like the bigger paintings. It’s physical and it’s like I’m tackling this thing; they’re life size, you know? You know they are going to take time and it’s like I get to throw my self into them.

H Give me a list of materials you’ve brushed, sprayed or smeared onto canvas. 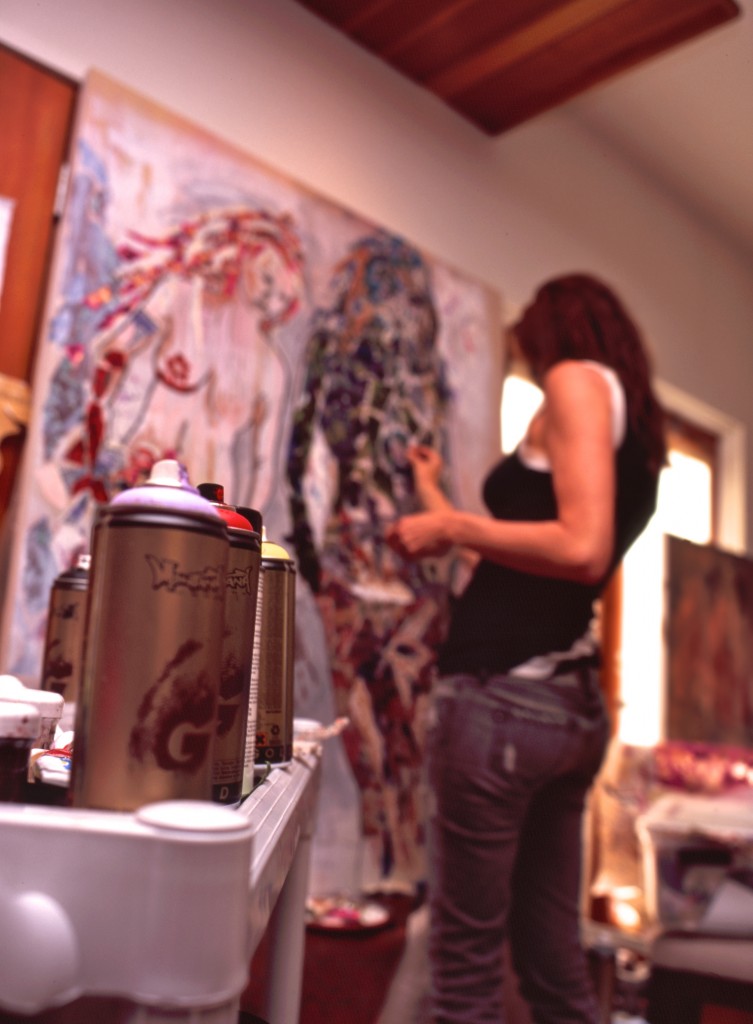 H Is your work influenced by reality, the things you can touch? Or more by the non-physical, like the dreams that you have?

K I would say that the non-physical is the biggest influence that I have. I dream about things and then paint them, or I’ll get into themes, like right now I’m into horses (Laughs). I think the subconscious is a fascinating thing to explore. I write all my dreams down every morning. It’s one of the first things I do when I wake up.

K All of the above.

H You are also a successful filmmaker. Which do you prefer? Filmmaking or painting?

K I think painting is easier (Laughs) because I can just do it whenever I want. So I like it and I can get my hands on it. It’s more available. Filmmaking is definitely a bigger process. One is collaborative, the other more autonomous. I’m not done making films; I definitely have more stories I want to tell. I’m a visual artist, and I just like making things.

H When did you begin acting?

K It began when I was an executive recruiter in San Francisco. I placed hospital administrators and it was the most boring job. It was all on the phone; I was in San Francisco in shoulder pads and high heels going to work everyday and going to the gym at lunch. The only motivation I had were pictures of shoes that I would literally put in front of my desk. I would do all the work just so I could buy a pair of shoes. At the time, when people would ask “If you could be anything, what would you be?,” I’d think and say “If I could be anything, I would be an actress.”

H So you managed to seize the opportunity?

K Yeah! A friend introduced me to a director. They called me for an audition and I got the lead part of this film. It was a really, really down and dirty low-budget film, but the first time working on a set I realized, this is what I want to do. I really liked the whole collaborative process. I’d caught the bug. I packed up all my stuff into one car and moved to Los Angeles after that. Within a month my car with all my things inside was stolen (Laughs). Welcome to L.A.

H You are also a full-time mother. How does raising a child affect your style?

K Kids keep you in the moment, you know? And I’m fortunate because I have a really positive kid. I’m so blessed because he is full of life. I think being a mother is grounding, there is a routine. I also think being an artist makes me a better mother; everything becomes more creative as long as I’m doing art. 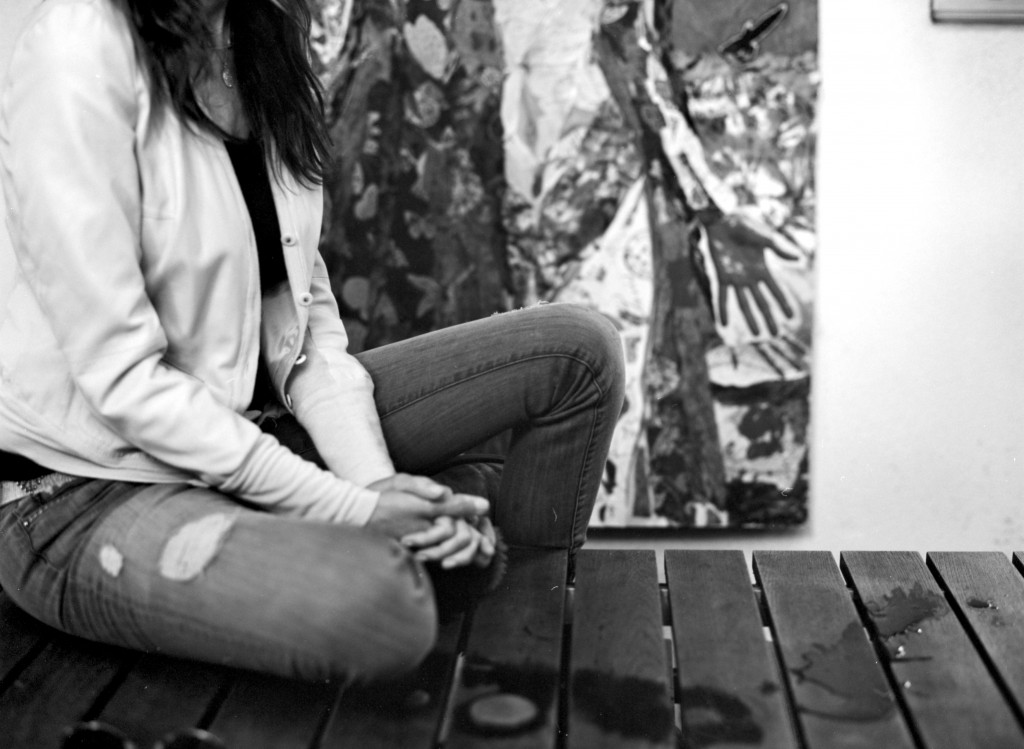 H What kind of an impact does living in Venice have on your work?

K I think the whole vibe of Venice is about art. I mean look around, this is where I work and live.

H Who is your favorite Venice artist right now?

K I’d have to say that right now I like Robert Sturman <http://www.robertsturmanstudio.com/>. He’s doing a series on prisoners doing yoga, lifers. Theres a guy named Fortune Sitole, from South Africa; his stuff’s really cool <http://www.fortunesgallery.com/>. I like Bill Attaway too, great work <http://www.attawayfineart.blogspot.com/>. There’s just too many to name.

H If someone were going to buy you a drink, what would it be?

K My favorite cocktail right now is a pomegranate martini.

H When can we see your work?

K May 20-22, 2011 at World Wide Mind on Abbot Kinney. It’s during the Art Walk. Theres gonna be a DJ, drinks, and an overall great atmosphere. I hope you all come!