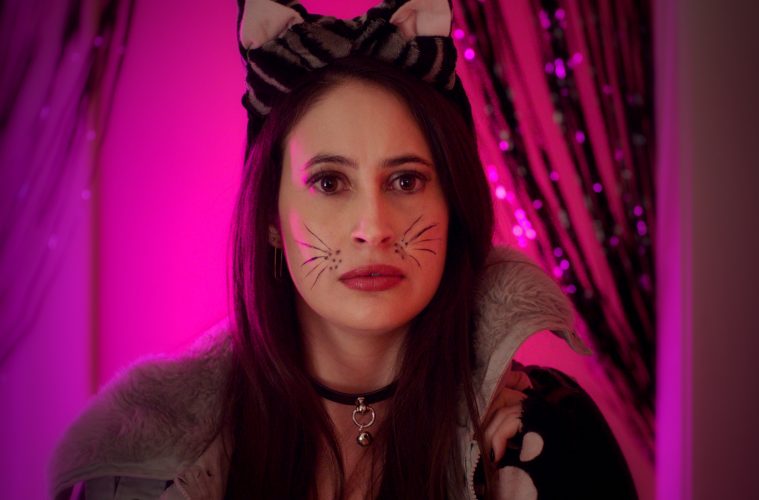 SPELL IT OUT IN NEON’s Samantha Lester & Tammy Minoff

About Spell It Out in Neon:

Stuck in the “friend zone” with her charming but ephemeral coworker, an aspiring young artist decides to take a leap of romantic faith at a Halloween party. 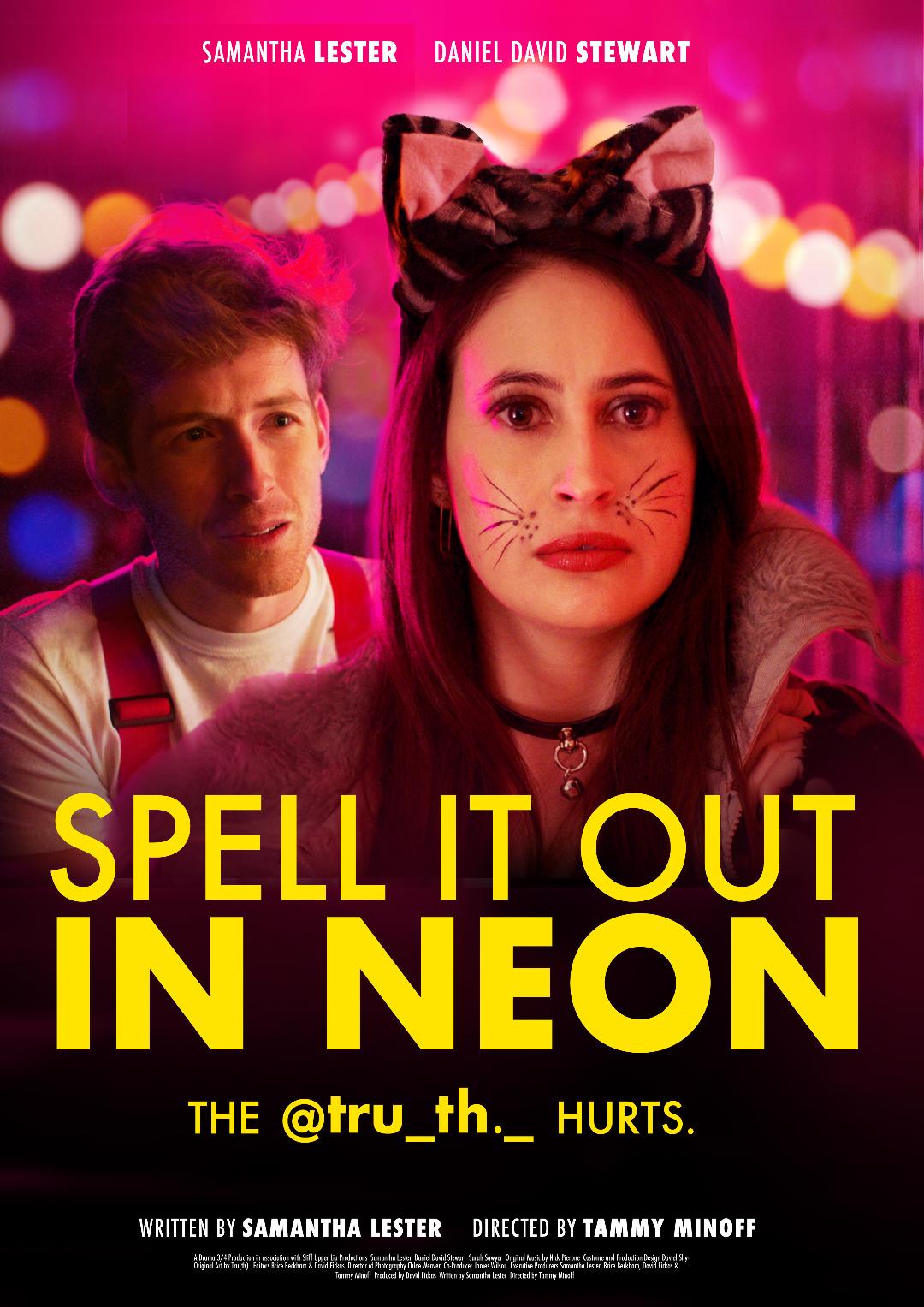 Let’s get to know the filmmakers!

Originally from South Texas, Samantha made her way to Los Angeles to pursue a career in film and television and has steadily gained work as an actor in independent film.  She is best known for her lead role in the IFC Midnight horror flick AREA 407, directed by Dale Fabrigar and produced by Suzanne DeLaurentiis.  Other notable parts include a supporting role opposite Melanie Griffith and Michael Cudlitz in DARK TOURIST, directed by Suri Krishnamma and produced by Lost Lane Entertainment, as well as a leading role in the PRISM Nominated film CLEAVER’S DESTINY.  You can see her onscreen in director Norman Bertolino’s LUVSIK now streaming on DUST.  An avid reader, Sam holds a Bachelor’s Degree in English from UCLA and paints her poetry around Los Angeles under the name of Tru(th).  From stickers to murals that covered entire billboards, the work of Tru(th). can be found all over LA (just one example here) for anyone to stumble upon in their daily life.

SPELL IT OUT IN NEON is her first film as writer, producer, and actor.  She’s fucking thrilled.

After growing up on Broadway, Tammy (a native New Yorker) continued her film and T.V. work in L.A., where she wrote a play that launched her into her next chapter: writing, directing and producing. Her play, PERENNIAL was produced in Los Angeles with a sold out run and was the source material for her directorial debut, LIMERENCE, which won Best Feature at the SOHO Film Festival, Best Audience Award at the other Venice Film Festival and most recently received a Film Threat Best Romantic Comedy Award for 2021. LIMERENCE was picked up by Gravitas and was released worldwide in 2020 and can be seen on most platforms including Amazon Prime Video. As an actress, she is known for her nuanced performances in indie films such as the Sundance hit, I AM NOT A HIPSTER, directed by Destin Cretton. Currently she has several projects in development including a new comedy series with producing partner Brad Zions.  She is very excited for Spell it Out in Neon to have its festival run! 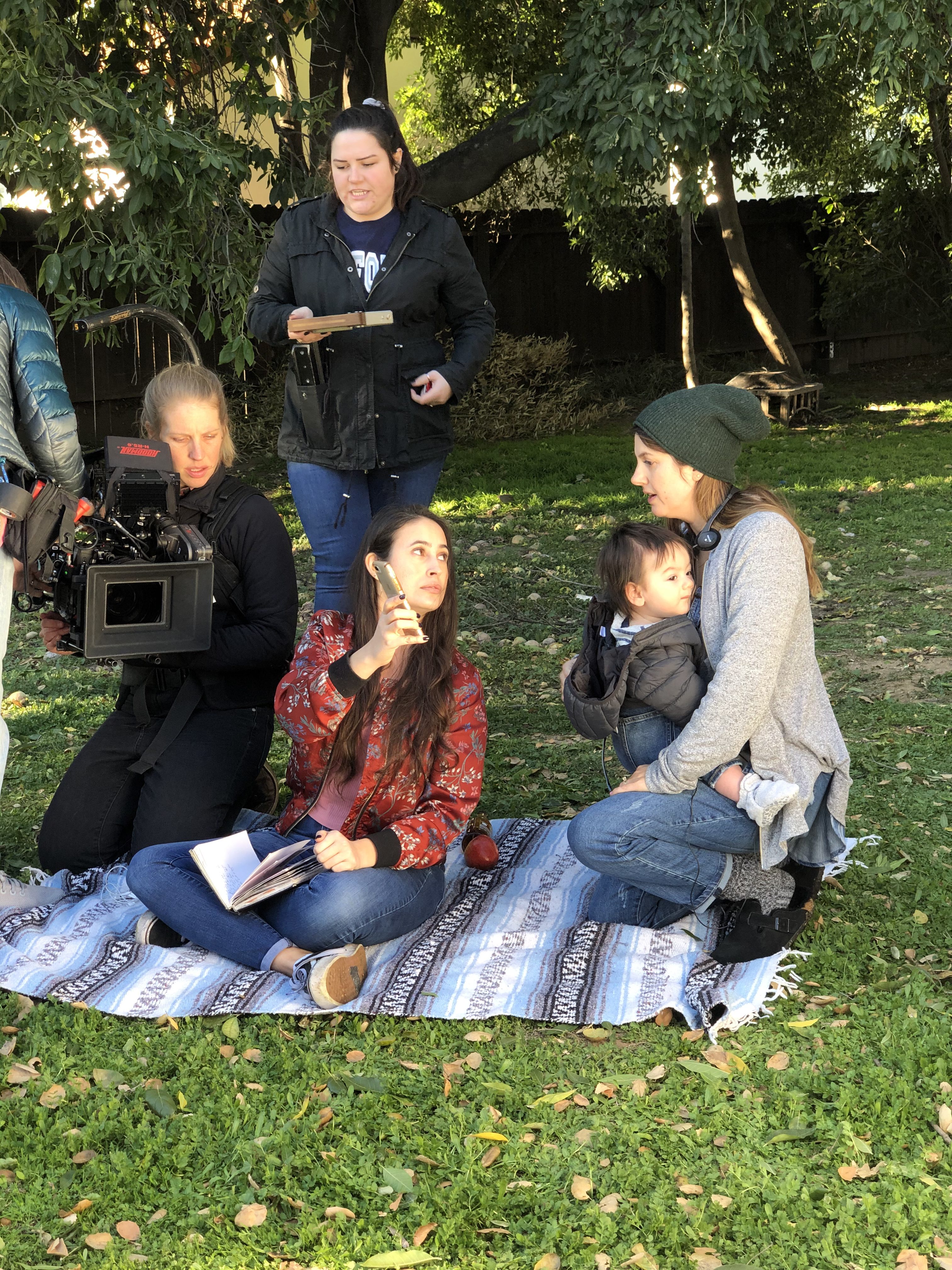 Although fiction, this script draws heavily from writer Samantha Lester’s own lived experience as a young single woman dating in LA while coming of age. On the heels of yet another imploding relationship(?), street artist and poet Samantha Lester (who goes by the moniker of Tru(th).) frantically sketched out the first draft of SPELL IT OUT IN NEON in a fit of rage in the fifteen minutes before her shift at a busy sports bar.

Months later, at the insistence of Tammy Minoff, director and long-time mentor, Lester returned to the seed of an idea after her street art pieces about love and longing began to resonate with similarly romantically frustrated young people. Setting aside a full-length feature script she had in progress, Lester dove headfirst into SPELL IT OUT IN NEON with the support of Minoff. Together, the two realized how necessary it was to tell the story of how women all struggle with their overly romanticized versions of “love.” Collaborator Chloe Weaver was brought on board soon after, along with her all-female camera crew—an intentional choice to reflect the raw truth of the female perspective in the film. Together, they were determined to bring to life one of those painful moments where we are actually being invited to choose ourselves, while weaving in all the punk and the poetry of Tru(th).

SPELL IT OUT IN NEON is an angsty and compassionate short film about that moment in every young woman’s life when she realizes that the most important relationship is the one with herself. The film asks us to consider what our lives can begin to look like when we stop giving into the bullshit.

SPELL IT OUT IN NEON took about 3 years from its inception to release. 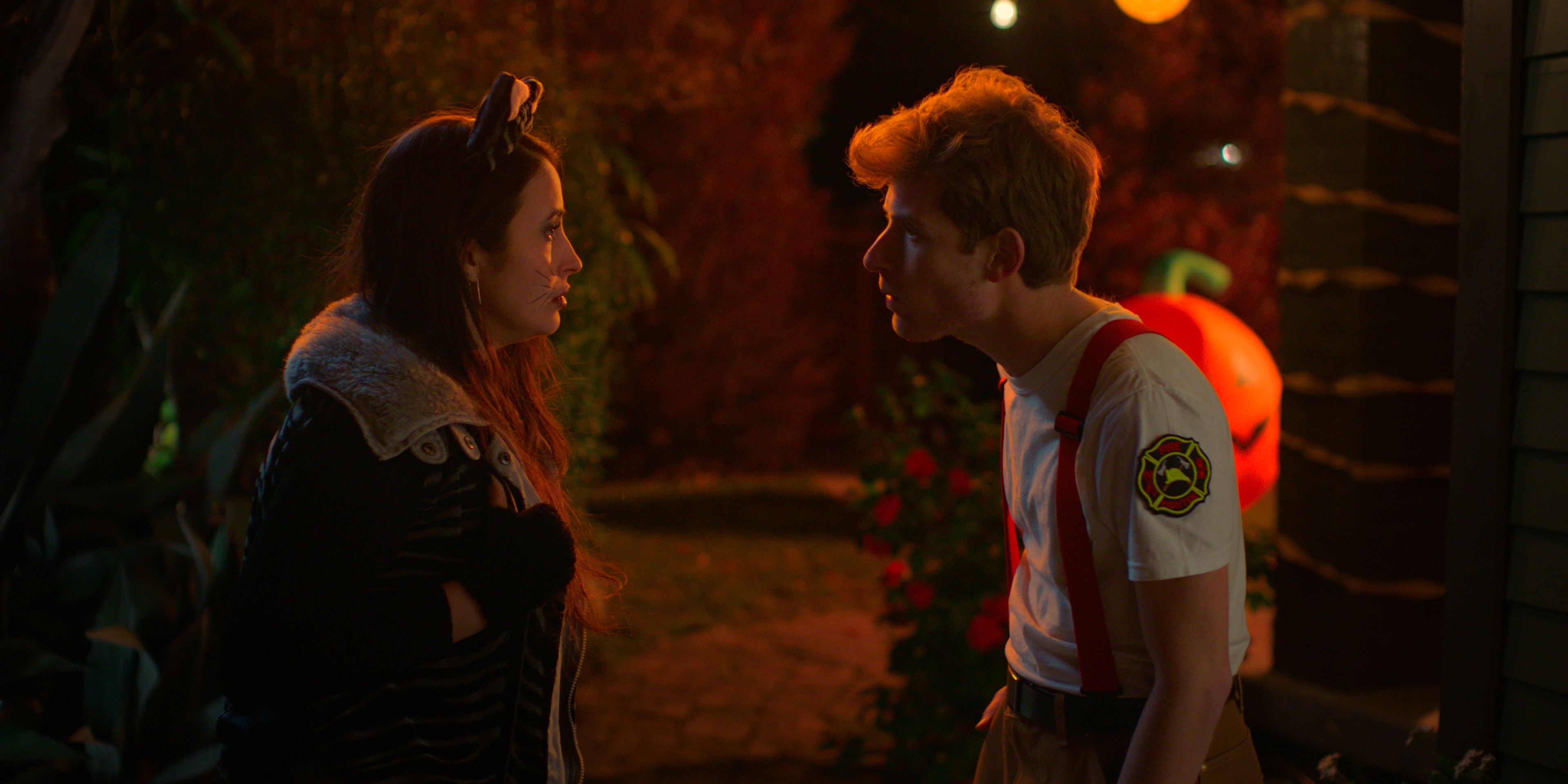 We were lucky to get the majority of filming for SPELL IT OUT IN NEON done before Los Angeles went into lockdown. However, our post production schedule was heavily impacted by Covid-19. Our team at Drama 3/4 pivoted to do color and editing sessions over Zoom, and we enhanced the graphics beyond what was on the written page in lieu of shooting some of what was intended. We couldn’t lose the last moment of our movie, so we held off shooting until it was safe to do so. In true indie filmmaking style, the two of us, our cinematographer, Chloe Weaver, and her camera went out alone to get it done.

While we were shooting this film, Tammy’s son was only 10 months old and visited set, AND our cinematographer, Chloe Weaver, was 5 months pregnant with her daughter. Women really CAN do it all. 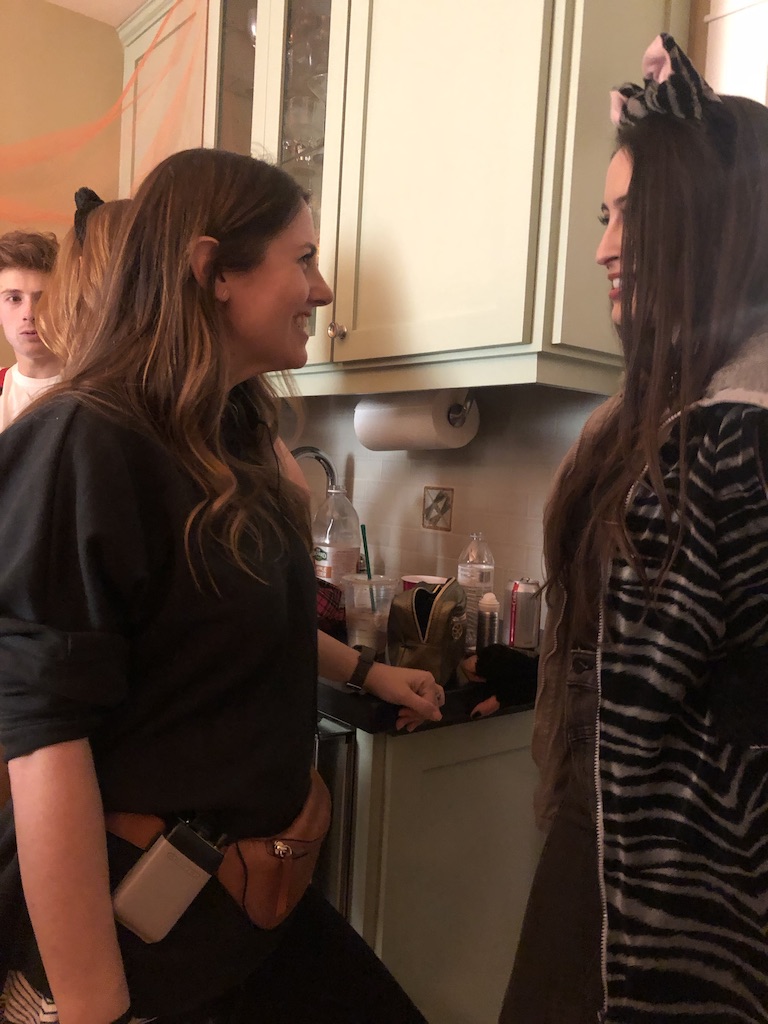