The Constitution in Time of Pandemic: Rights For Me, But Not For Thee

No matter where you are politically, there is a fundamental question here: Do elected officials have the right to take away the Constitutional rights of American citizens?

This is an interesting and relevant question!  And, the answer is yes, in times where an emergency has been declared, the rules change and our elected officials essentially do whatever they see fit.

First and foremost, America is in a new situation, and we the people need to adapt and overcome.  Our right to peacefully assemble has been revoked, and with good intention.  It is logical and reasonable to think that prohibiting group assembly will slow the spread of the virus, so we the people agree that this is a useful mandate.  However, isn’t rounding up people and forcing them into a rec. center gymnasium group assembly? Because that is what Mayor Garcetti is doing.  Yeah, the beds can be 6′ apart, but come on, putting hundreds of people in a gym sounds like an optimal way to spread the virus.  It sounds like a petri dish. And this does actually conflict with the CDC guidelines.

Read about that here

As well, on general principle, unless there is a direct threat to the well being of the populace that can be avoided by suspending Constitutional rights, then the elected officials should not, and cannot override the rights of Americans, period.  But this is exactly what has happened.  The virus is an unprecedented situation, but that does not give politicians, sheriffs, or anyone else, license to act arbitrarily and violate our Constitutional rights.

A sensible question is; what does prohibiting firearm sales have to do with stopping the spread of a virus?

Because, L.A. County Sheriff and gun owner, Alex Villanueva, has decided that the 2nd Amendment is not essential to American life.  And though purchasing weed and cocktails to go in times of crisis have been deemed essential components of life (I think this is a good policy), buying a gun to defend your family is, well, not really that important.  Therefore, gun stores are a non essential business, Villanueva surmises.  This coming, by the way, in the same press conference where he notifies the public that 1,700 inmates in L.A. County will be getting released immediately to avoid the virus spreading in jail.

And, though he claims to support 2A , he is ordering all gun stores to close, basically claiming that Angelenos will end up shooting themselves if allowed to purchase weapons.

Read about this here

Don’t worry, of course this guy attempting to overrule the Founding Fathers is no big deal (sarcasm).

2A: “A well-regulated Militia, being necessary to the security of a free State, the right of the people to keep and bear Arms, shall not be infringed.”

Apparently Villanueva, Newsom, Garcetti, etc, with their sidearms and  security detail did not get the “shall not be infringed upon” part of this. 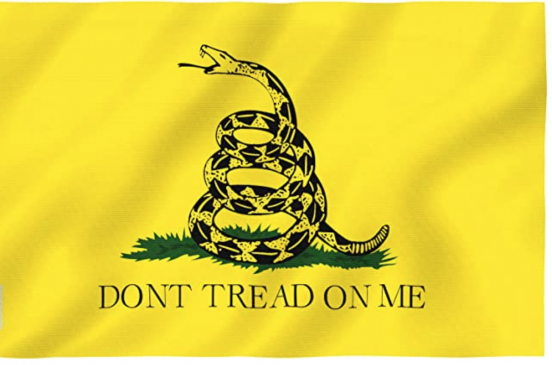 So, two of your fundamental rights as an have American suspended, or attempted to be suspended by folks that we hired, through elections, and pay, through our taxes.  What is next, suspension of freedom of speech?  Well, that is already happening in privately owned social media companies where opposing ideas get labeled  “hate speech” and ” a violation of community guidelines,” resulting in the removal of the post or suspension from the platform.  Now this is different from elected officials  doing it, as is the case with the first two examples.  However, is it really a stretch to think that said politicians would order a private company to remove or censor things they did not like or ideas they did not want talked about?

What do you  think?