Calling all Beer Connoisseurs! Brennan’s and The Lost Abbey Brewery Partner Up for the Ultimate Pairing Dinner!

Legendary brewery Lost Abbey is coming to Brennan’s for an epic evening of beer and food pairings such as roast leg of lamb with a Belgian quad and chocolate souffle’ with an Imperial Stout.  Aww yeah!

Check out the stellar  line up below. 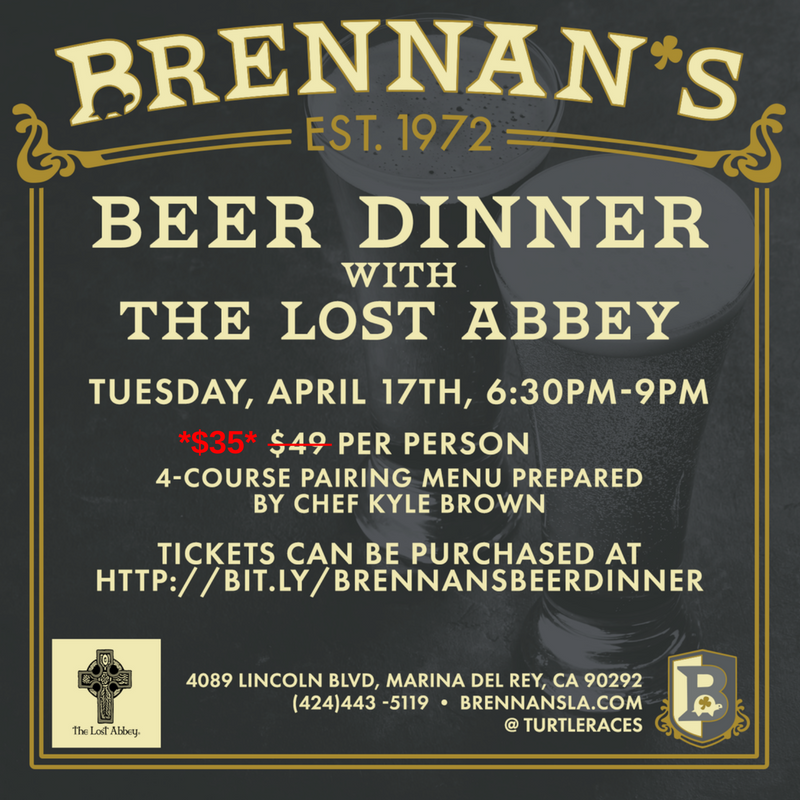 About Brennan’s:  Combining the traditions of the past with a few new ideas, Brennan’s strives to be the premier beach city restaurant for entertaining visitors, grabbing a drink with friends for the game or dining with your loved ones. We promote the improvement of our community and the people in it. We pride ourselves on presenting a menu and environment for locals, visitors and everything in between. Best of all, we do it with the perfect pint, one turtle race at a time!   brennansla.com 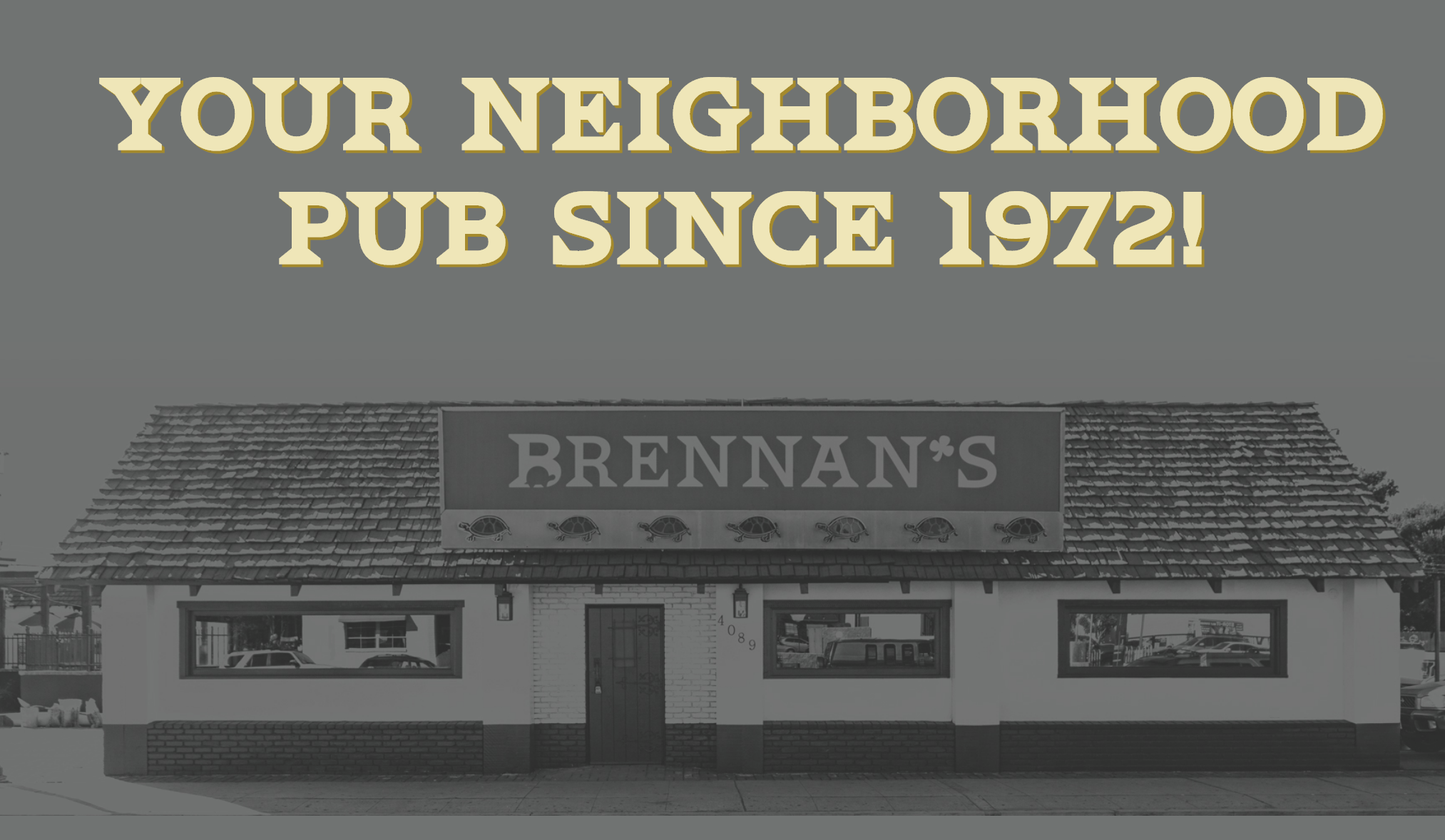 About Lost Abby:  Founded in 2006, Port Brewing Company produces a broad line of award-winning American beers as well as the groundbreaking Lost Abbey family of Belgian-inspired ales. Under the direction of co-founder and world-renowned brewer, Tomme Arthur, Port / Lost Abbey has become recognized for complex, flavor-driven beers, often aged and blended after 18 months or longer in oak brandy, bourbon, and wine barrels. In additional to numerous medals, Port Brewing / The Lost Abbey and Tomme Arthur were the 2007 Great American Beer Festival Small Brewery and Small Brewer of the Year, and the 2008 World Beer Cup World Champion Small Brewery and Small Brewer. www.lostabbey.com. 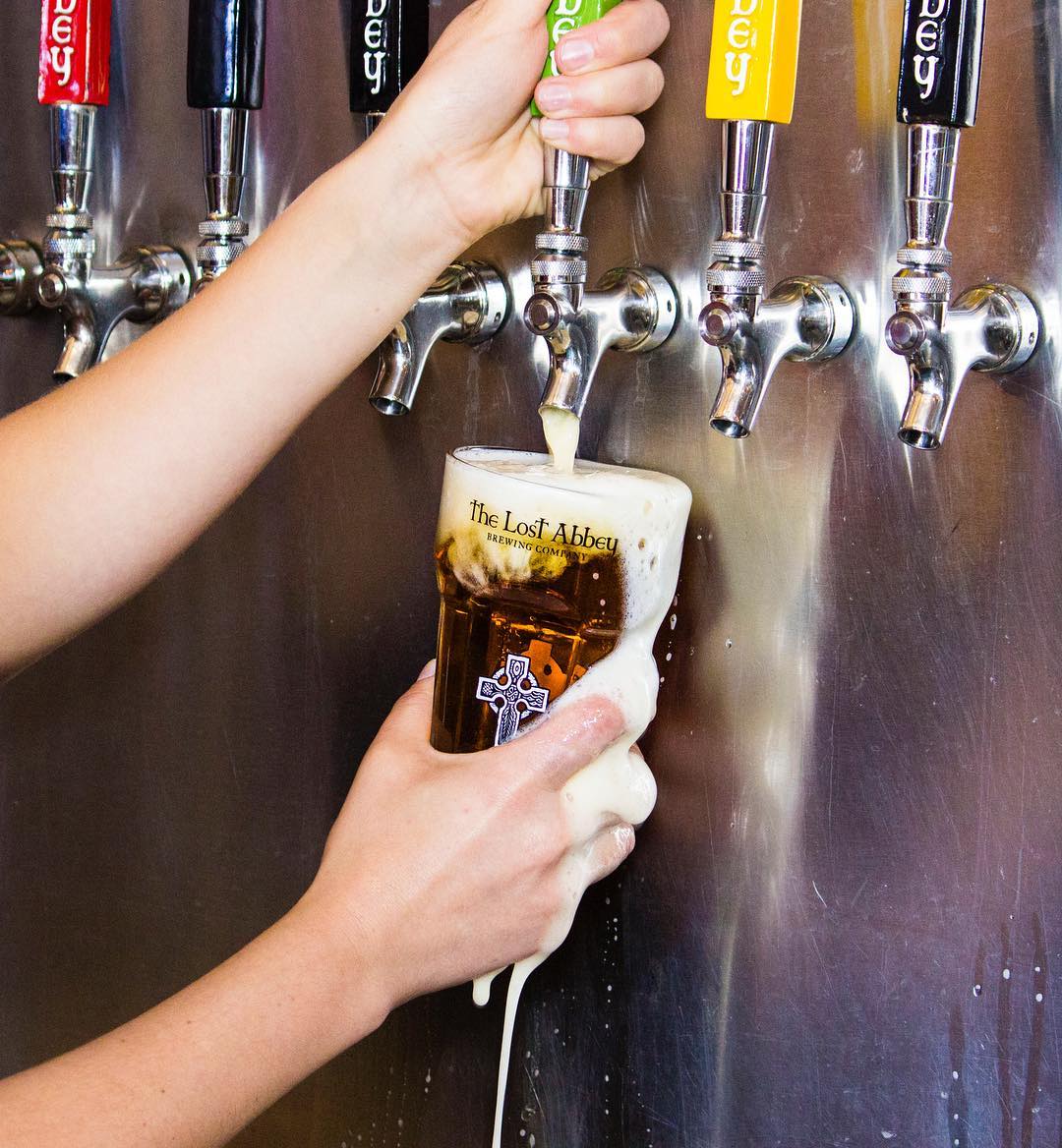 Kick off the festivities with a welcome reception on the patio followed by dinner. Enjoy a delicious 4-course tasting menu created by Chef Kyle Brown that explores unique flavor pairings with beers from The Lost Abbey. We will be pouring the exclusive Veritas, a limited release, as well as the not-yet-released, Bat Out of Hell! 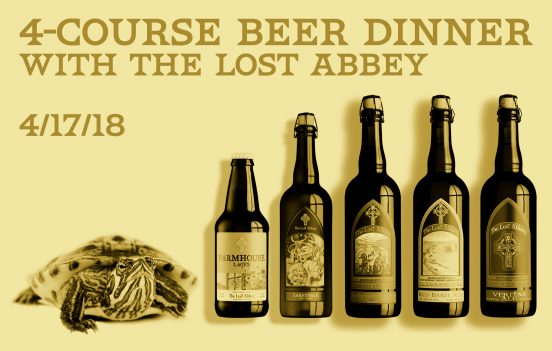 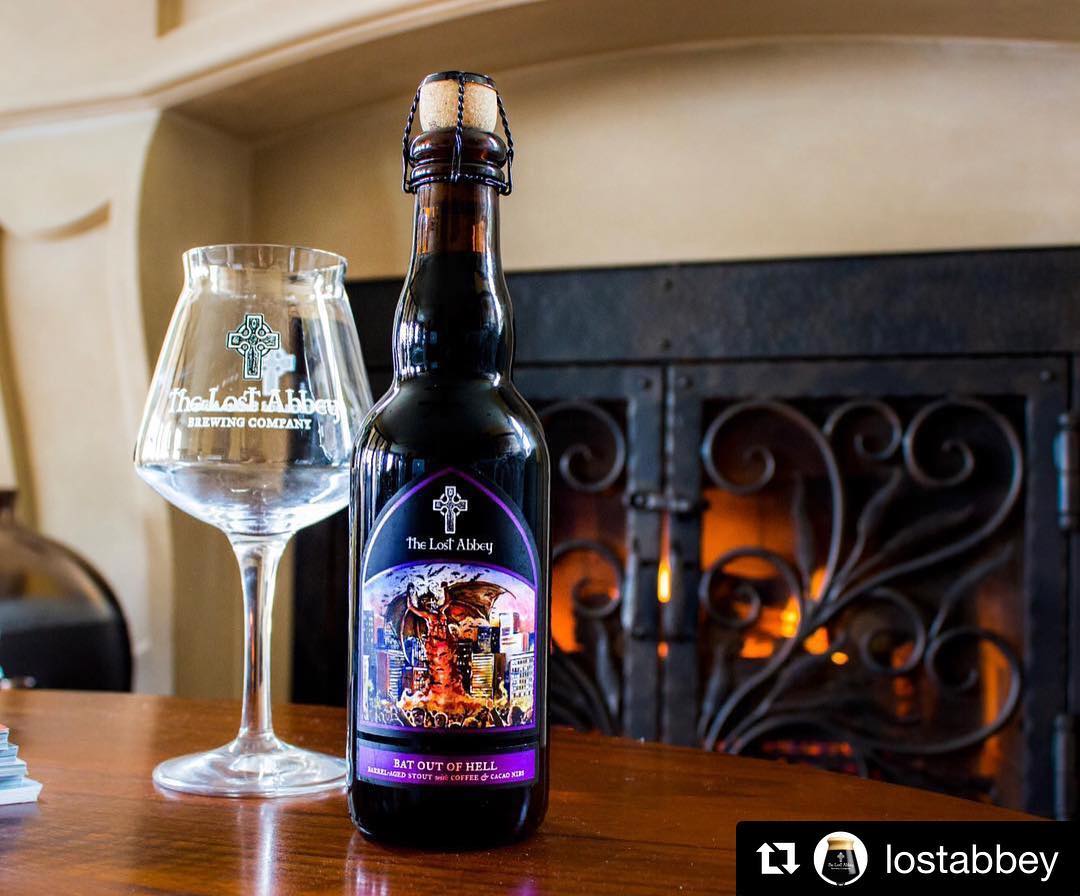 Bat Out of Hell: Aged in bourbon barrels for over a year, then spiked with coffee from @ryanbroscoffee ,cacao nibs and vanilla. Photo by @lostabbey

Sound too good to miss? It is!

Buy your tickets here while there are still some left!