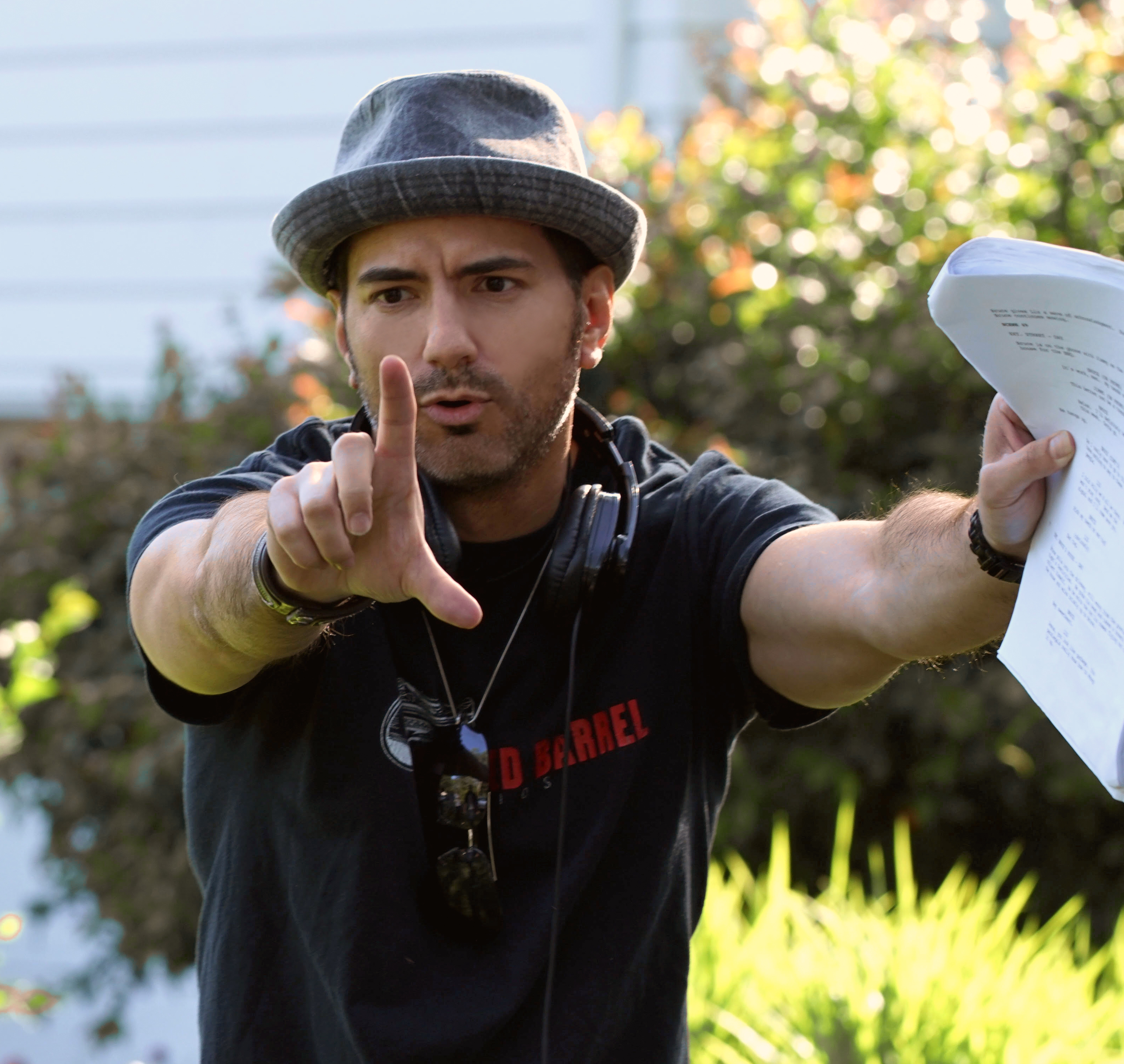 Oh boy, you can tell you’re getting older when this question starts getting harder!   I was born in New Jersey. I lived there until I moved to sunny LA a little over 5 years ago. I am a director, editor, writer, and producer of film. I am a comic book and graphic novel artist and writer. And I am a motion and graphic designer. In addition to directing, editing, and producing THE INCOHERENTS, I’ve had the privilege of working with companies like Sprint, CBS, Adobe, and Heineken; artists like Bob Moses, Hayley Kiyoko, and DMC; and indie features like UNCAGED and GREATLAND. Most of my work is produced by my company, Loaded Barrel Studios.

The Incoherents is a little film about a middle-aged family man from New York named Bruce who gets the itch to get his old 90s rock band back together for one more shot at rockstardom. To get the look and feel of the film, I took a look back at a lot of 90s grunge and punk music videos as well as older films that take place in New York, like Taxi Driver or Annie Hall, to capture the grittiness of a bygone era in NYC history. I really wanted to juxtapose that grunginess with Bruce’s family and work life so we could get a sense of him having a foot in two different worlds and how those worlds don’t coexist as nicely as he’d hoped.

I come from a background in comic book and graphic novel illustration, and when you’re making a comic you have to tell a story with as few images as possible because you only have so much real estate on the page and only so many pages. That was important when making this film as we didn’t have the budget to waste on too many things that weren’t necessary to get the point of each scene across. Keeping comic books in mind allowed me to find the frame or frames that gave us the scene in as few shots as possible. Some of the best scenes in the film were scenes that were only 1 or 2 shots because we just didn’t have the time to do more. 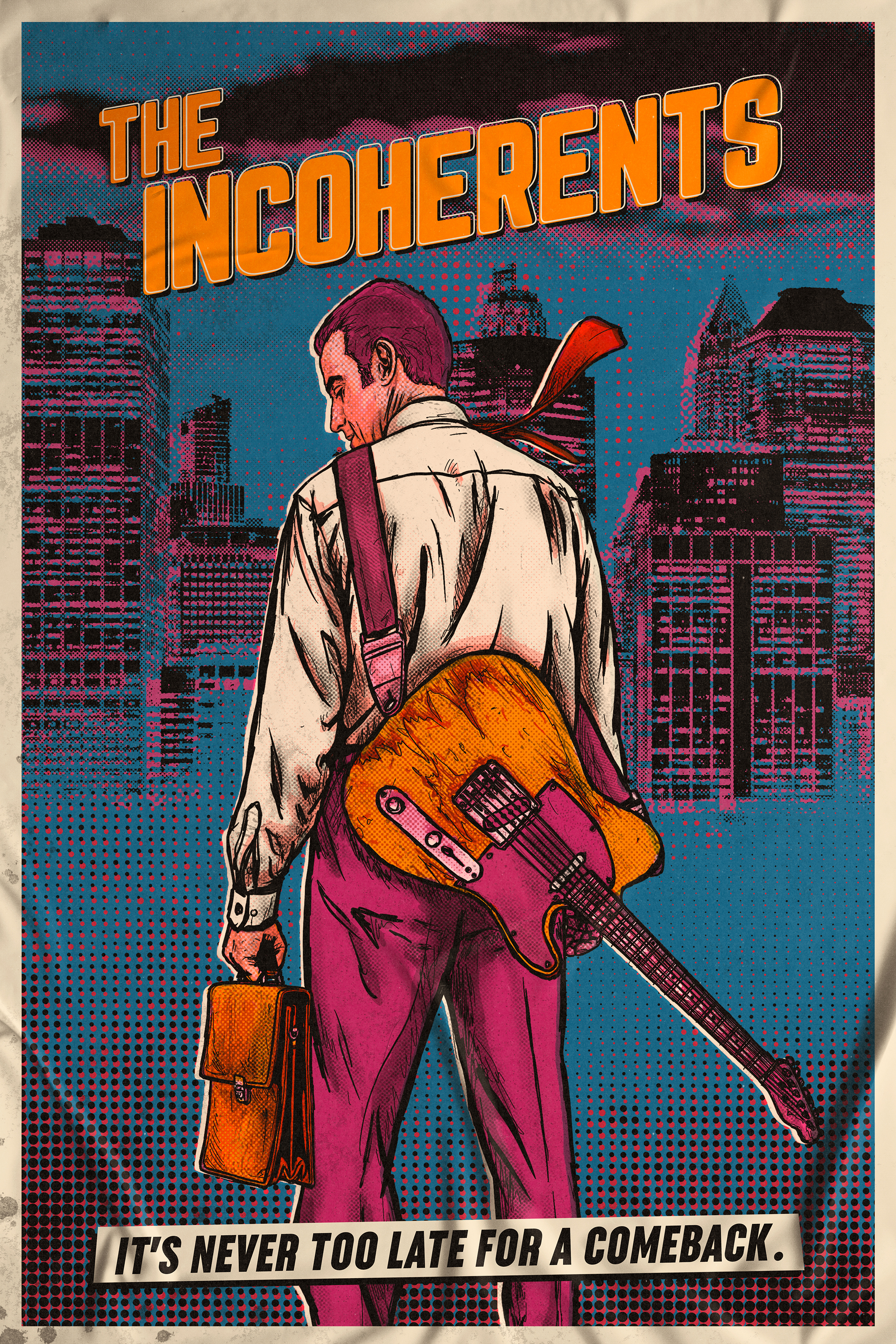 Way, way back in 2012, Alex Emanuel who plays Jimmy in the film, hit me up to help him and his buddy Jeff Auer, who wrote the film and plays Bruce, to produce a short film from one of the scenes from an early draft of the script. I really enjoyed the work we did on this no-budget little short and asked Jeff if I could read the script for the feature. I thought he was onto something, and I told him I wanted to make the movie. We raised a little money and started filming in December of 2016 and released it in April of 2020. I didn’t think The Incoherents was going to be such a big chapter of my life, but here we are!

I hope that my biggest accomplishments are yet to come! As for festivals, I think one of the coolest moments during The Incoherents festival run was at the Soho International Film Festival where there was a literal line around the block to get into our screening at the Village East Theater in NYC. It was sort of a hometown screening and watching our film on a huge screen in a famous Manhattan theater with a full crowd was an experience I’ll never forget. Winning Best Director at the Studio City IFF was pretty cool, too.

I’m currently in preproduction for a weird little music video starring puppets. Strangely, I’ve always wanted to do something with puppets, so this is a tiny dream come true. Outside of that I’ve been writing… or doing my best to write when my 11-month-old son isn’t demanding 100% of my attention. In contrast to The Incoherents – and puppets – I seem to be drawn to horror at the moment, so I’m excited to see where that goes… so hit me up if you’ve got money burning a hole in your pocket and you want to produce a horror film. 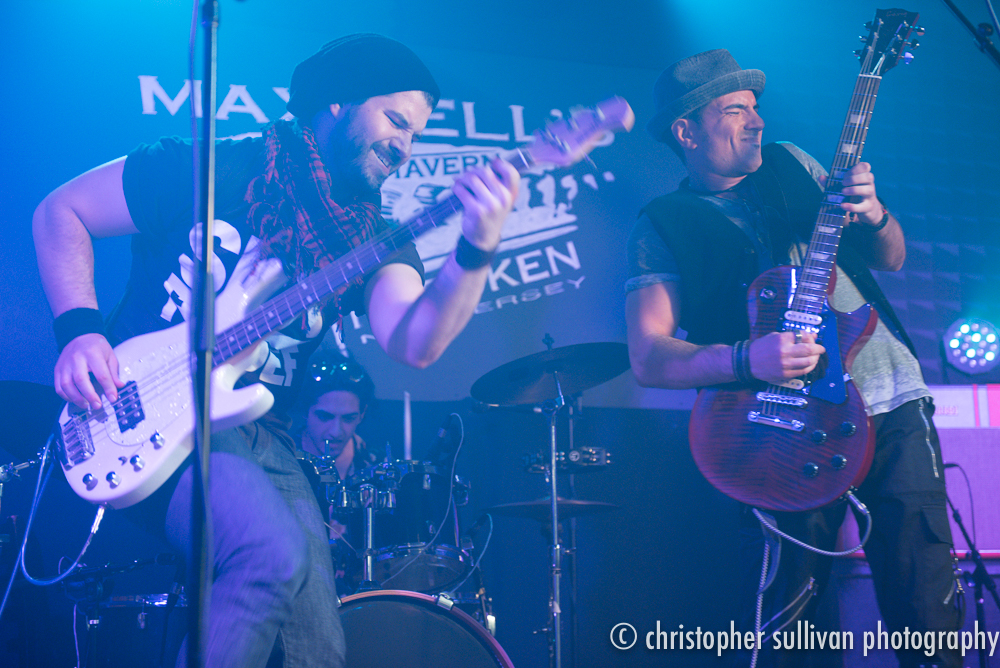 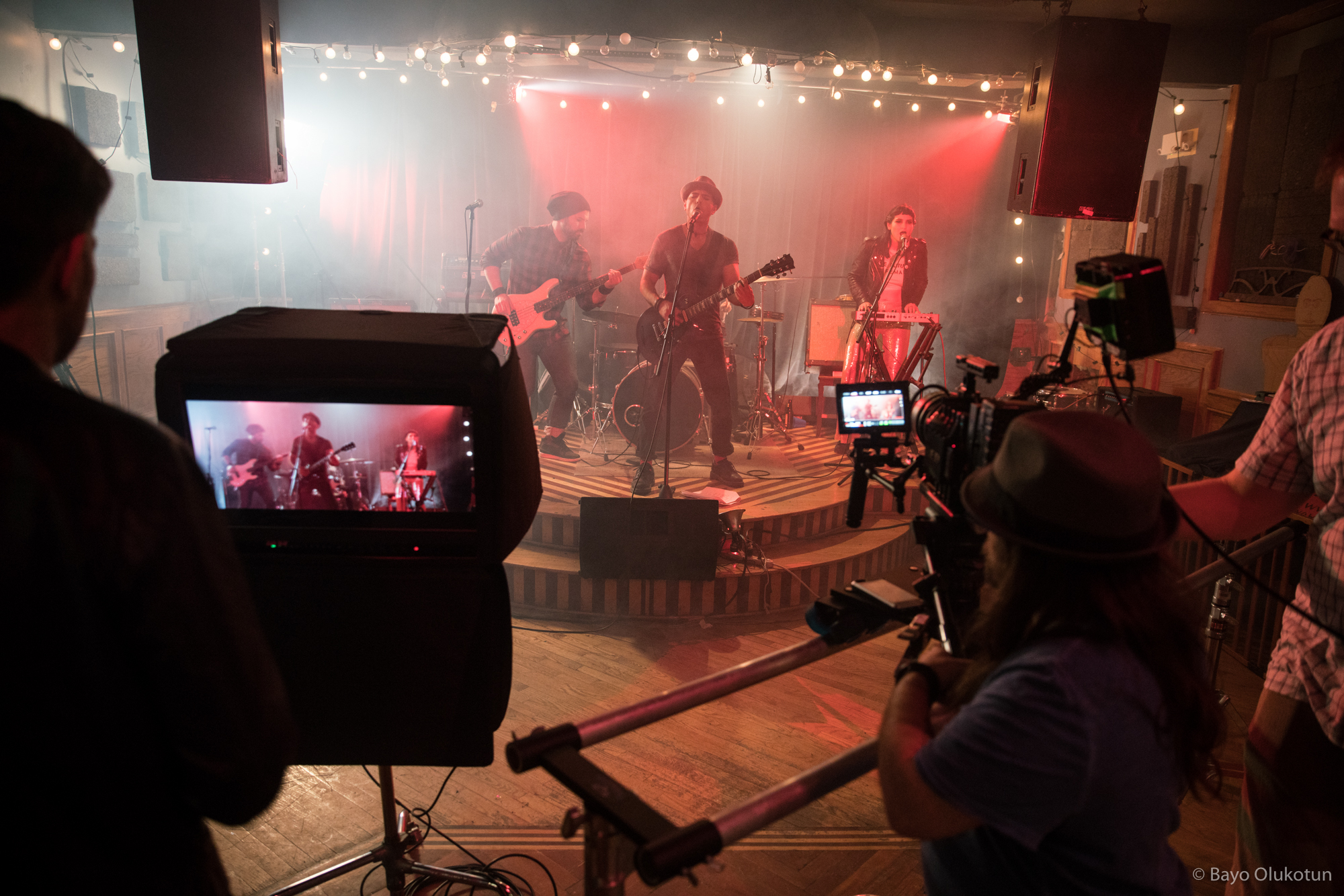 Success to me is getting to do what you love, the way you want to do it, and making enough money to support your family doing it.

The biggest move I made during the lockdowns was having a baby! My whole life has pivoted!… Career-wise, we released The Incoherents at the start of the pandemic and I used the time in lockdown to take a much needed break from the round the clock work I had been doing up until then. I took some time to write and illustrate a children’s book that had been on my mind for a while. I made art. I wrote. Made some music. It was an important moment for me to step back and gain some perspective on my career and where I wanted it to go… I think I know… maybe… I don’t know. 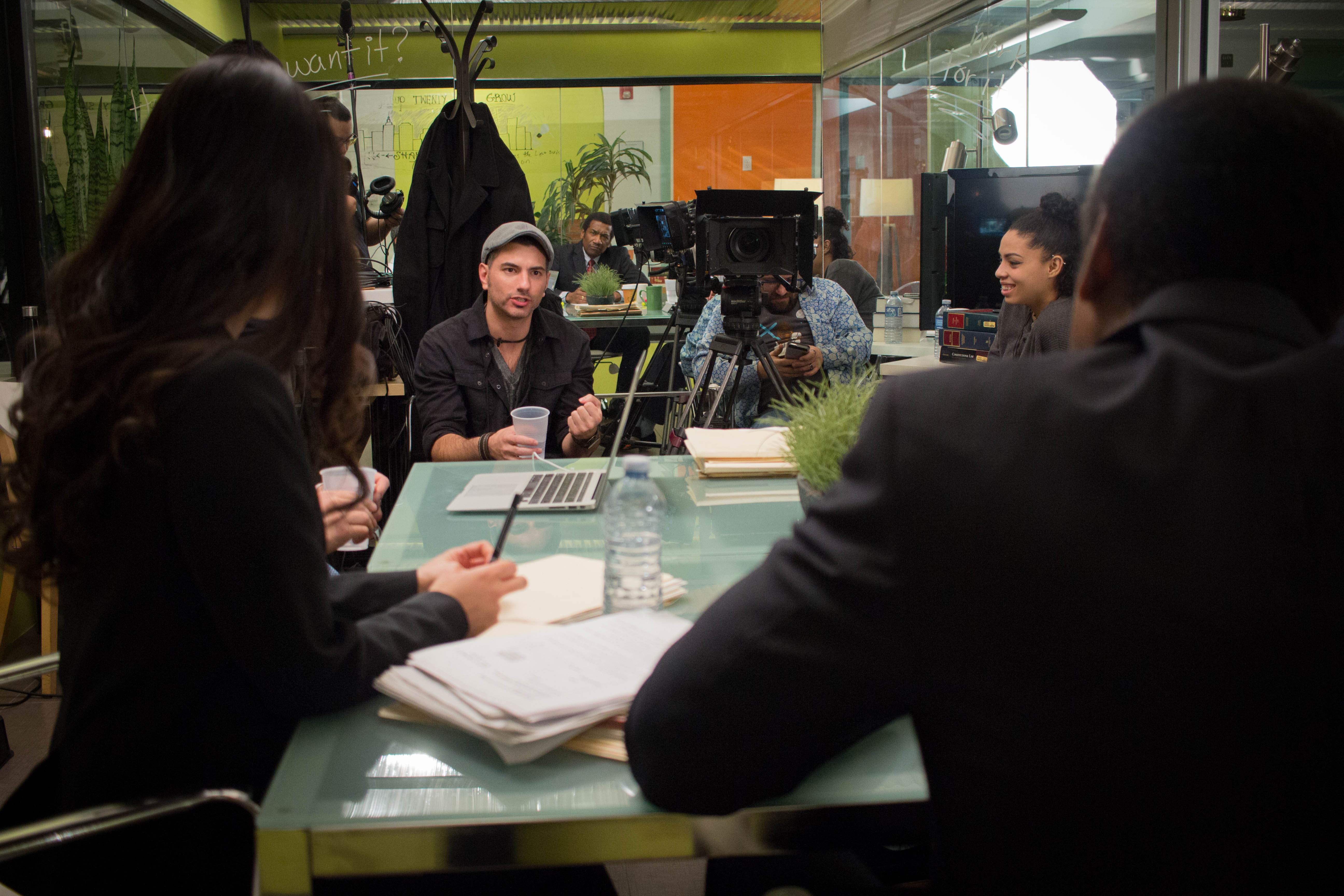 Film is a window into worlds we can’t otherwise go.

I can’t say I have a go to mantra or anything like that, but lately I’m figuring out that no matter what kind of art you’re making, don’t do what you think people will like based on things you’ve seen before. The world’s seen that already. Get weird. Let your freak flag fly and try and discover how to show the world what is truly, honestly you.

Since my son was born, I think my favorite book has become Dr. Suess’s Fox in Sox… okay, let’s go with movie instead. I know I just released a rock and roll comedy, but to answer honestly, my favorite film of all time is ALIENS. I may have seen that movie more than anybody has seen any movie ever. I think I’m one of the last people to continue to pay for cable just so that I can have an excuse to watch it whenever it’s on. I learn something new every time I watch it.

Sincerely, I just want to make another movie.

I’ve illustrated 6 graphic novels, 3 of which I wrote, and 2 of those – BRIELLE AND THE HORROR and GREY – were original stories by my brother and producing partner, Jordan Barel, and I.

A couple years ago while I was in post for The Incoherents, I had a stint doing tour stage visuals for some pretty big artists. I did all the visuals for Starley’s tour with Katy Perry. It was pretty awesome to see my work projected all over these massive, sold-out arenas.