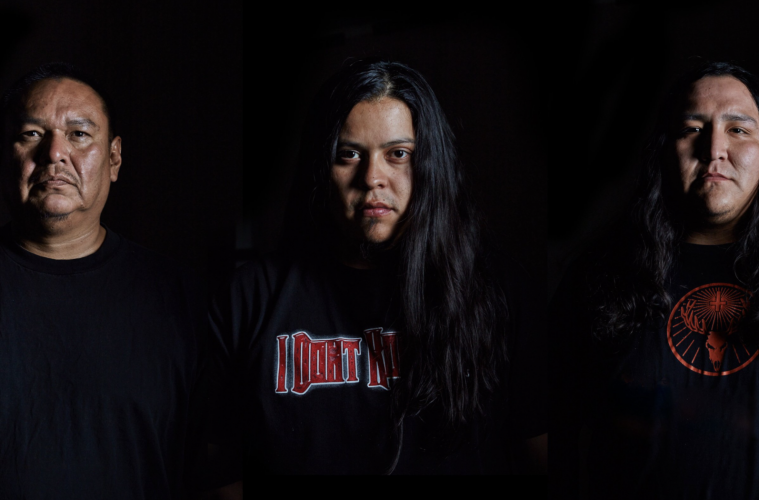 Kyle Felter, the lead singer of “I don’t Konform”

Let’s get to know Kyle Felter! 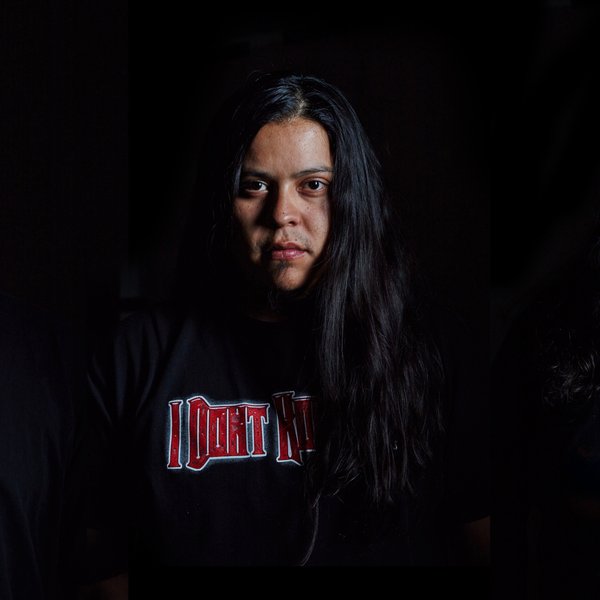 Born and raised on the Navajo Reservation as a ‘half breed.’ I grew up listening to heavy metal music because my family was into Metallica, Ozzy, Iron Maiden, Megadeth etc. Grew up feeling as an outsider most of my life. Started playing guitar and it took away my thoughts and worries of the environment that surrounded me. In 2016, my band I Dont Konform traveled to Denmark to record our debut album with Grammy-winning producer Flemming Rasmussen, who famously recorded Metallica’s Ride the Lightning, Master of Puppets and … And Justice for All. Met Ashkan Soltani (Rez Metal director) and moved to Phoenix for work.

Tell us about your music/band.

My band I DONT KONFORM is a Rock and Roll/ thrash band. Formed back in 2001 with my late cousin Edwin Yazzie. We were a band 11 or so years before we did the album, and I’d been through five drummers, four singers, five bass players but I was always the main songwriter and drove the band. Got burned out on spending money and so many lineup changes that I wanted to do an album for myself and end my band career. My previous members quit on me so I moved back home to Window Rock Arizona and reform the band. In 2016 we got the opportunity to record our album with Metallicas producer Flemming Rasmussen in Copenhagen Denmark.

I am the main songwriter, guitarist, vocalist, manager and promoter.

Anybody who truly believes in what they create. No specific genre. We like it all Rock and roll, Heavy Metal, Rap, Hip-Hop, R&B, classical, instrumental and even movie soundtracks.

I’d say on and off around 20 or so years. I’ve always had a thing for music, but my first guitar was in high school around 2001. I didn’t have one so I would go to school and hour early and ask the band teacher if I could play a flamenco guitar they had. I would go in on my lunch breaks and play it and beg him to let me take it home. Sometimes he would. I didn’t know what I was doing I just liked the way it made me feel when I was ‘noodling’ around on it. In my sophomore year there was an opening in the schools honor band for a snare drummer. My cousin Edwin played the snare and I wanted to hang out with him as play music, so over the weekend he taught me the honor bands entire

Catalog and I auditioned that next Monday. I made the instructor believe that I could read music and knew what I was doing, which I didn’t, I had no idea, but I got the spot. From then on I was like “this music thing is pretty fun.”

Artists like Metallica, Eminem, Megadeth, N.W.A. The aggressive type of artists. The artists who pave their own path with their own style and don’t take shit or NO for an answer. Who no matter what stay true to their vision and their art. I also believe my style is part of where I come from, how I was raised and the anger that is always in my chest. I have lived a pretty crazy life so far, but that’s for another interview. 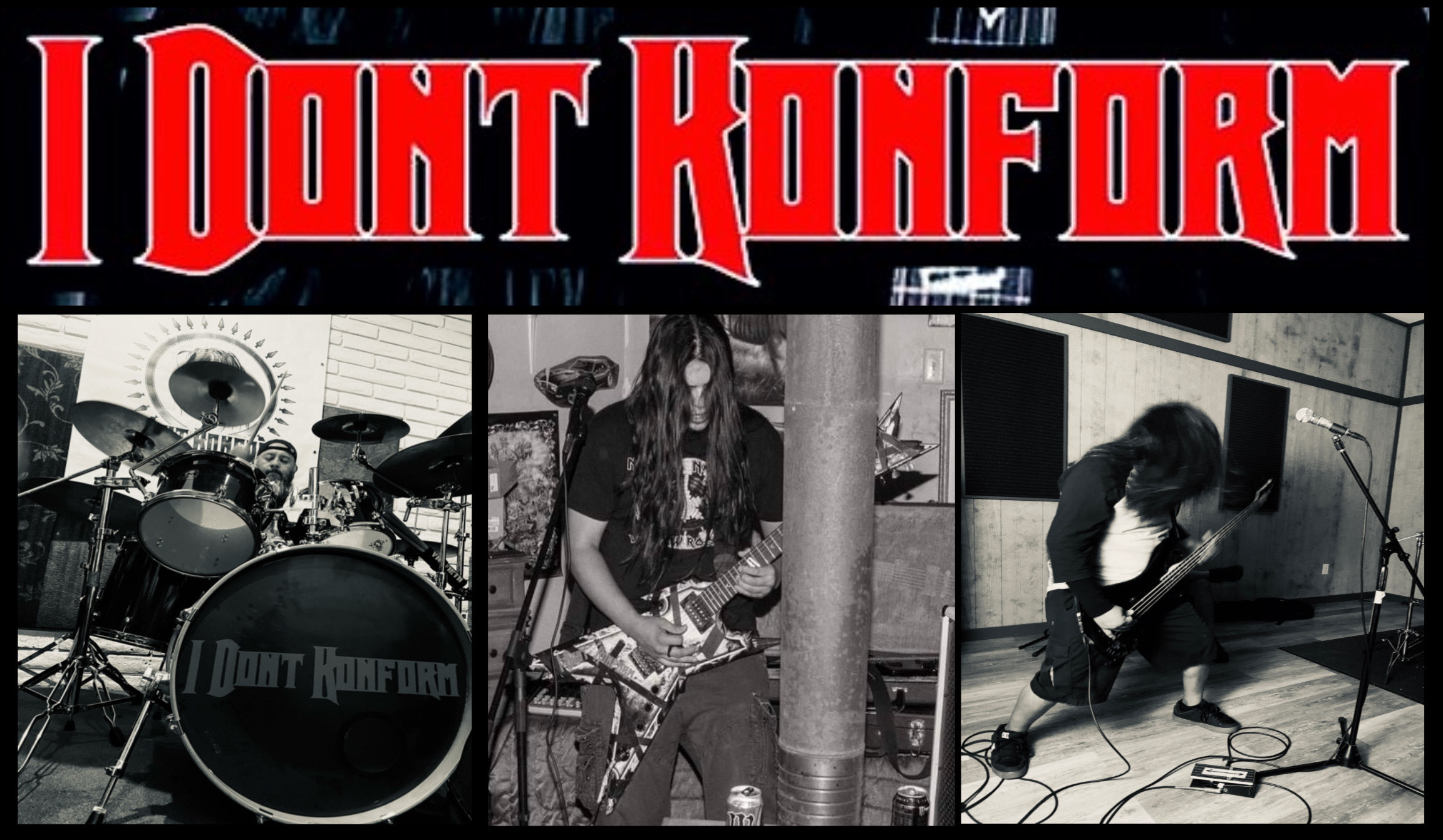 Of course my band I DONT KONFORM’s 2nd album. I got 2 new members Dion Curley on drums and Darren Tuchawena on bass.

I have also been working on my other ‘experimental’ music. I love all kinds of music, of course heavy metal will always be my number 1 but I have acoustic pieces, hip hop arrangements and a lot of weird music to get out. I release it when I can under ‘FELTER’.

I am also up to work with other artists too. I hope one day I get to make a

Song with Eminem. That’s my next goal in life.

Probably right before covid shutdown the world. We performed at the Marquee Theater in Tempe Arizona opening for SOULFLY. We blew the roof off the joint. Had the whole crowd moshing, chanting and flipping me off to our song “FUCK YOUR FACE.” It’s funny because I always joked with people saying “watch us finally make it and then the world is gonna end.” Came pretty close, we were also supposed to play Coachella last year.

Got a much needed break. Been promoting non stop since 2015 so I spent time with my family but I still put together new riffs and ideas for new songs that we are currently rehearsing for the next album.

Anything else that you want to share with our readers? Announcements, upcoming events, etc.

Check out the music if you can, we borrowed, hustled and harassed to be able to record our album lol It cost us about $12,000.00 to record it so take the time to check it out. You won’t be disappointed, Flemming is a MASTER and made us sound amazing. It can be found on YouTube. You can order it directly from the cdbaby website or type it in the google search bar and it’ll come up. I just want to thank every single one of you who took the time to read this, it still amazes me that people want to know my story, I’m just some guy who drank whiskey, played guitar and wouldn’t take NO for an answer. 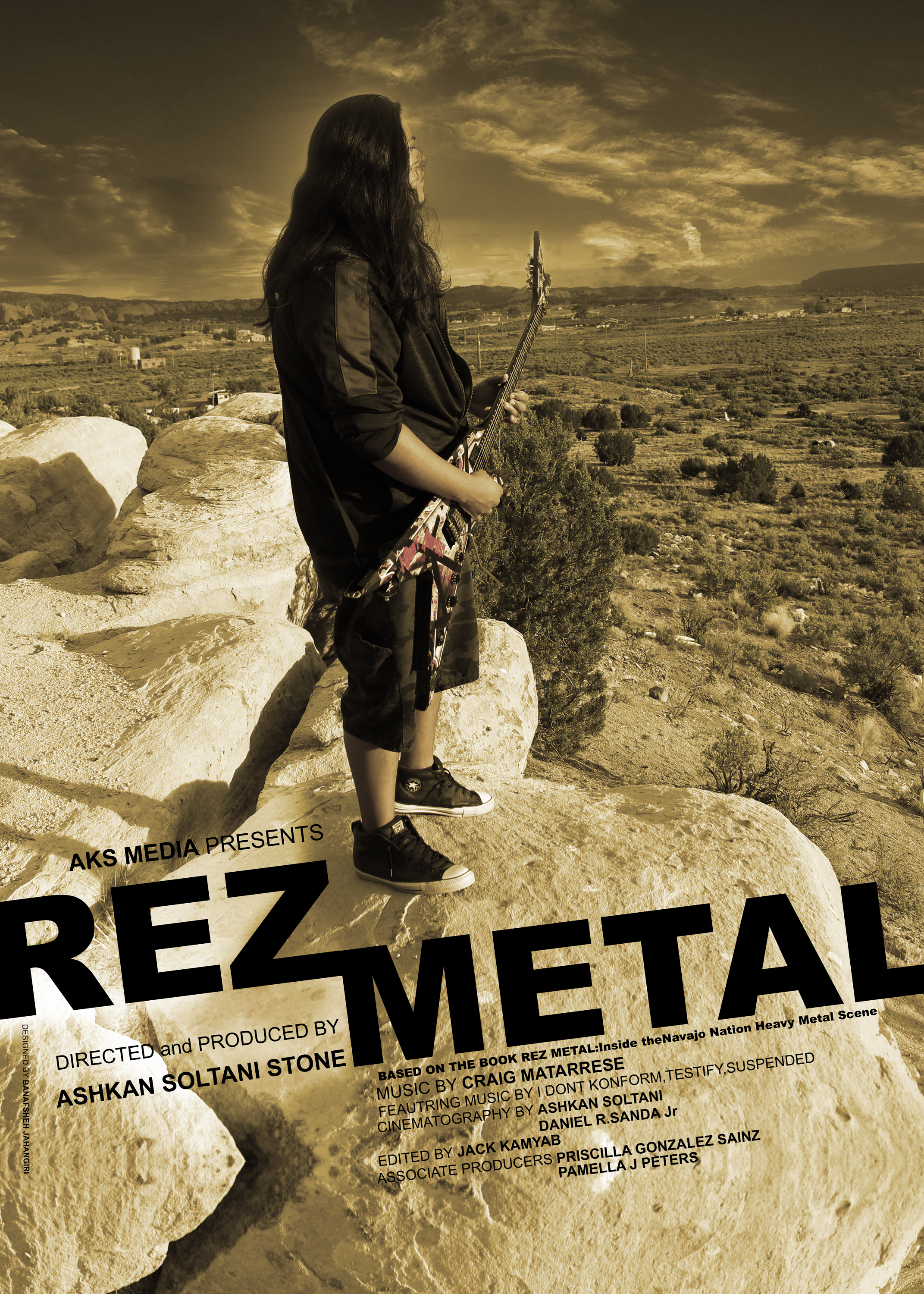 Success to me is when you accomplish your own personal goals you set out for yourself. NOT what anybody think you should be doing or should have done. When you’re content with yourself and what you have in life then to me you are successful.

What is the best advice you have received:

Be Patient. Be True to yourself. Listen to the guitar. Just play music for yourself.

“Before there is greatness, there must be chaos.”

Check out the documentary Rez Metal!

When Kyle Felter, the lead singer of I Don’t Konform sent out a demo album to Flemming Rasmussen, the Grammy Award-winner producer of Metallica, they never imagined themselves a few months later rehearsing with Rasmussen inside a hot hogan on a Navajo reservation before recording their debut album at the iconic Sweet Silence Studio in Denmark.