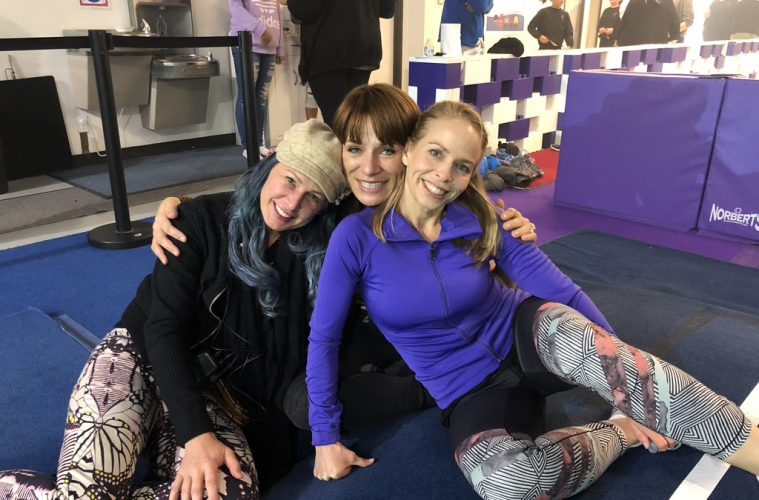 Let’s get to know Leanne Bishop!

I am a CPA and a former National Gymnast, who grew up in Nova Scotia, Canada. I have directed, written, produced, and starred in numerous films. I recently directed a film dealing with the horrific world of child trafficking that’s in post-production, as well as co-Directed the films : The Weight of Perfection, Tell Me Something, and Candice & Peter’s Smokin’ Hot Date.

I am also co-creating two comedy TV series – ‘Foxton’ based on the characters from my award-winning trio of films ‘Reservations for Three?’, ‘Candice & Peter’s Smokin’ Hot Date’, and ‘Is You Is?’ (developed by BAFTA award winner Anthony Q. Farrell), and ‘Radioman’ starring NYC film icon Radioman himself (inspired from the award winning short ‘On The Radioman’). I’ve also written three feature films in various stages of development: ‘What If’, ‘Cleopatra’s Needle’ and ‘Ring of Fire’. My productions have all won numerous Awards.

Our film ‘The Weight of Perfection’ is the story of a coach and her athlete, as they become entangled in a web of psychological damage. The film deals with the world of elite gymnastics and eating disorders, but is more a look at the ‘first fall’ into addiction and how dangerous it becomes.

I myself grew up as a Gymnast, competing at the National level, and too often saw the sad stories. Our film is a way to start the conversation, to let people know it’s ok to ask for help. The bones of the story are very much influenced by my past experiences in the world of gymnastics, and our hope is to bring these issues to light.

The film itself came together very quickly with an extraordinary team comprised of 90% females, many of which are Survivors of Eating Disorders.

For me, it’s always an accomplishment masking any film, let along a great film. I’m super proud of this story and the bravery of all involved to tell it.

I currently have a new short film in post-production that I Co-Directed with the talented Leigh Faith. The film centers around a missing child and the horrific world of child trafficking.

I also have many other projects in various stages of production. I’m also excited to say I’m slated to Direct the upcoming feature ‘Absolutely Perfect’, and my feature Film ‘What If’ which I wrote, and will star in, is slated to be shot next spring in Canada! 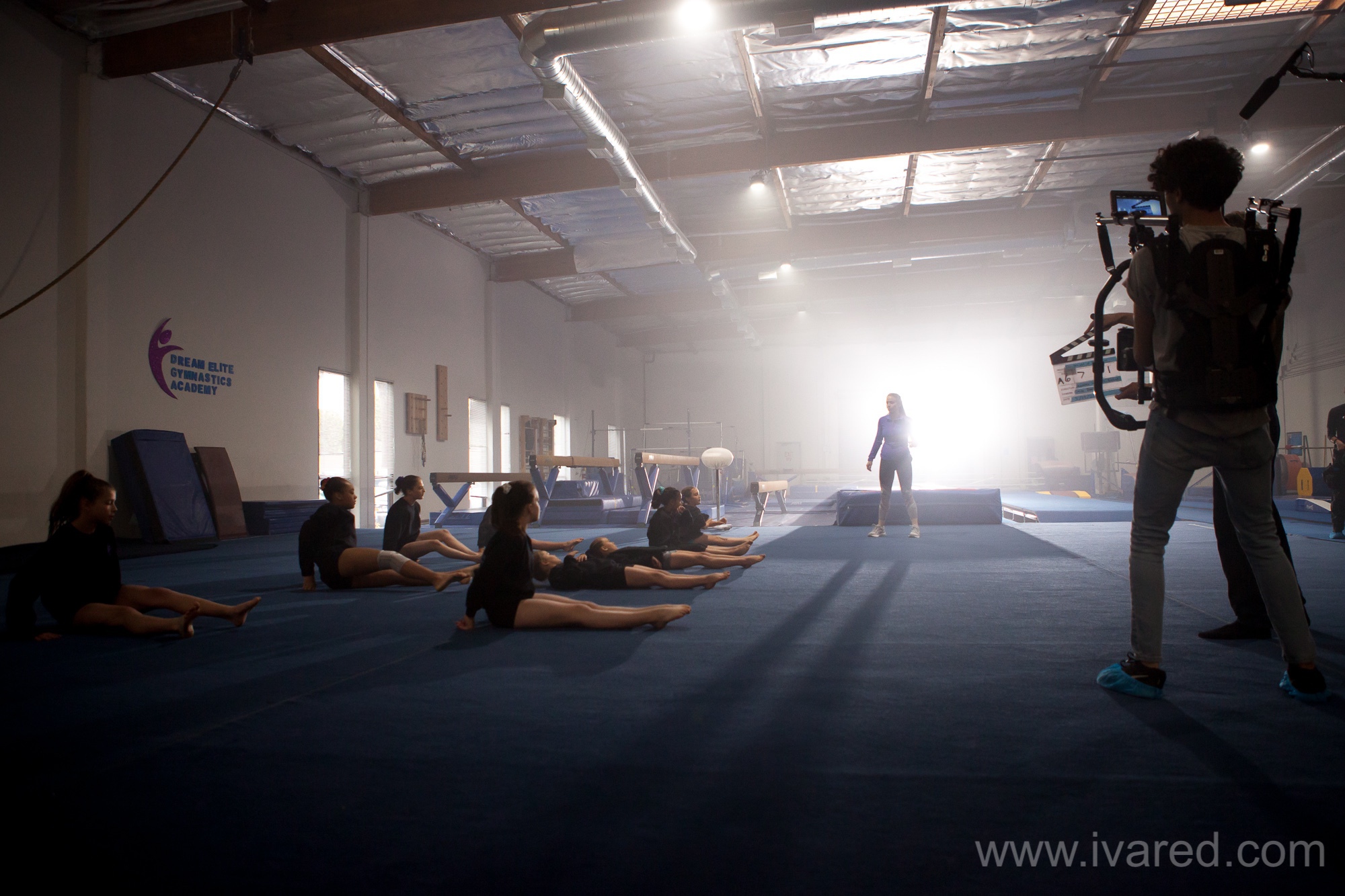 Success is the courage to wake up every day, do what you are passionate about, and know that you are making a difference.

Never give up! Work to turn a No into a Yes. Believe that every closed door brings the opportunity to an even better open door.

To really go with the flow, to really think outside of the box and know that everything is still possible if you open your mind to it.

“I’d rather regret the risks that didn’t work out than the chances I didn’t take at all.” – Simone Biles

To hike the Camino de Santiago across Spain. 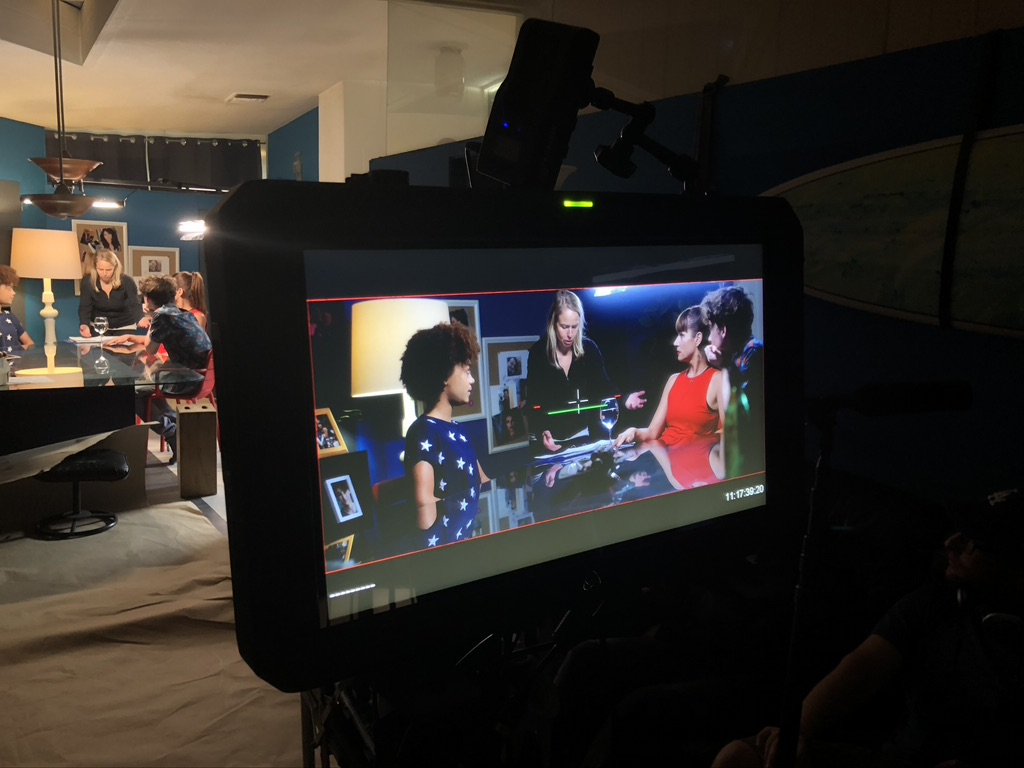