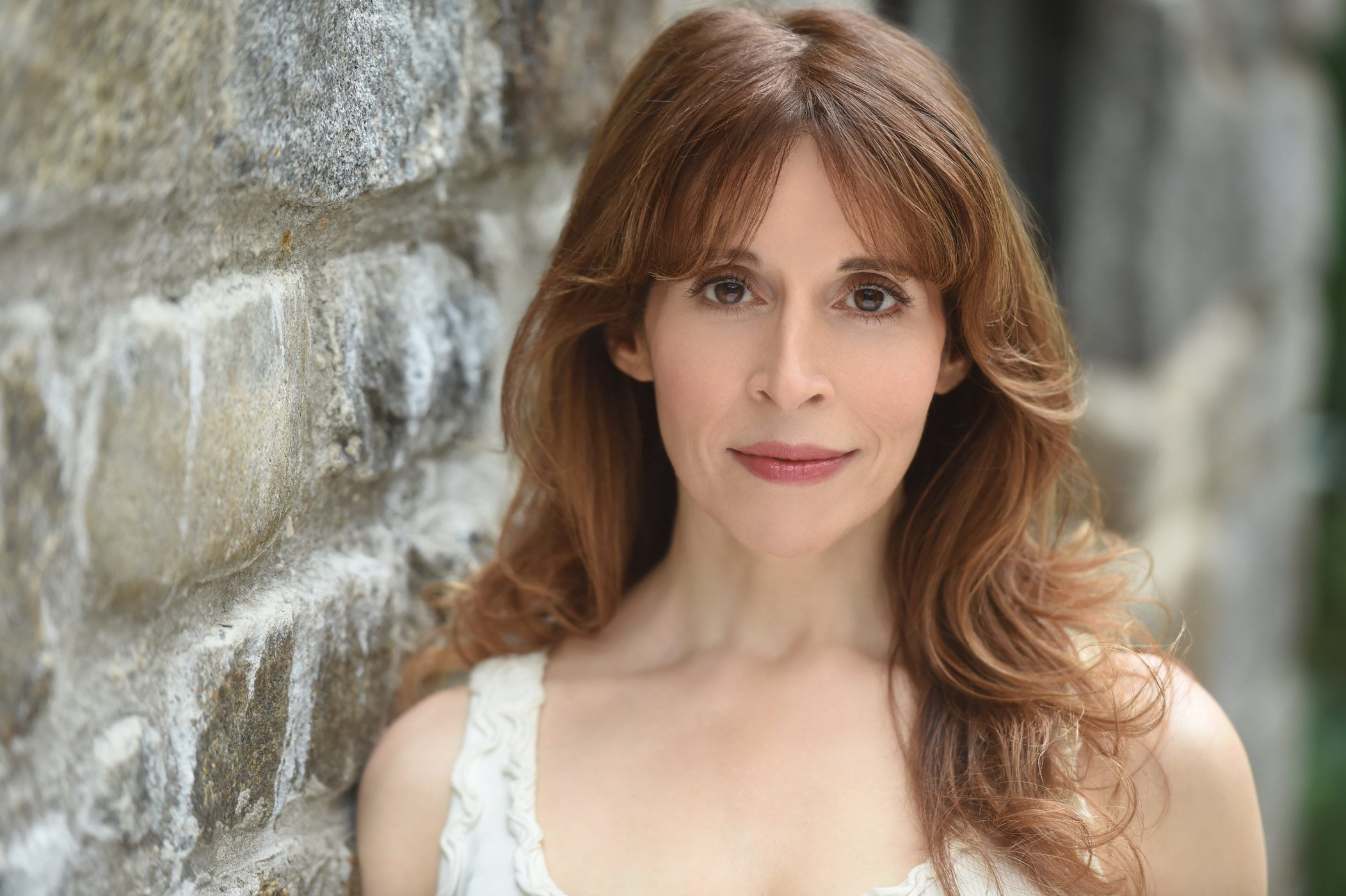 Let’s get to know Jillie Simon!

Jillie Simon is an actor, producer, singer-songwriter, director and has written screenplays as well. Classically trained, she began in theater, performing Off-Broadway, including at the N.Y. Public Theater (“Blues”) and in “Tony and Tina’s Wedding” as well as in regional theater, playing roles from Bianca in “Othello” to Babe in “Crimes of the Heart”. Onstage she’s had the pleasure of playing opposite luminaries such as Marlo Thomas, Marian Seldes, Austin Pendleton, Joyce Randolph, Tom Wopat and Jack Mulcahy, who played JFK to her Marilyn Monroe in “Marilyn” at BritFest, and of working with acclaimed stage directors from Larry Arrick to Michael Parva.

Past feature film includes a lead role in “You Have the Right to Remain Violent,” roles in “Confess,” “A Beautiful Mind,” and more recently, in multi-award-winning rock-n-roll dramedy “The Incoherents,” and multi-award-winning dramedy “Prince Harming”. TV includes a recurring role on “As The World Turns” and a role on an episode of “The Chris Rock Show”. She’s also performed improv and sketch comedy at the Upright Citizen’s Brigade and the NY Comedy Club.

Jillie won eight acting awards for her role in the first short film she wrote, “Hungry” which she co-directed and produced with Thomas Simon. “Hungry” was acquired by IndiePix Films in 2020 after 34 film festivals and 18 awards, and is streaming on several platforms – (for links – www.hungry.movie ). Her second multi-award-winning short film, “A Chance” was invited to screen at the 2021 Other Venice Film Festival (out of competition), it’s 16th festival to date.

She’s also toured internationally and nationally with alt-rock bands “Musiciens Sans Frontieres” and “Love Alien”, co-founded with her music, film and life partner, Thomas Simon. Songs she’s co-written with Thomas and sang on have been on commercial and college radio and in feature films “Copy Shop” and “The Incoherents,” and web-pilot “We Became The Enemy,” in which Jillie played a performance artist/bike messenger/activist. 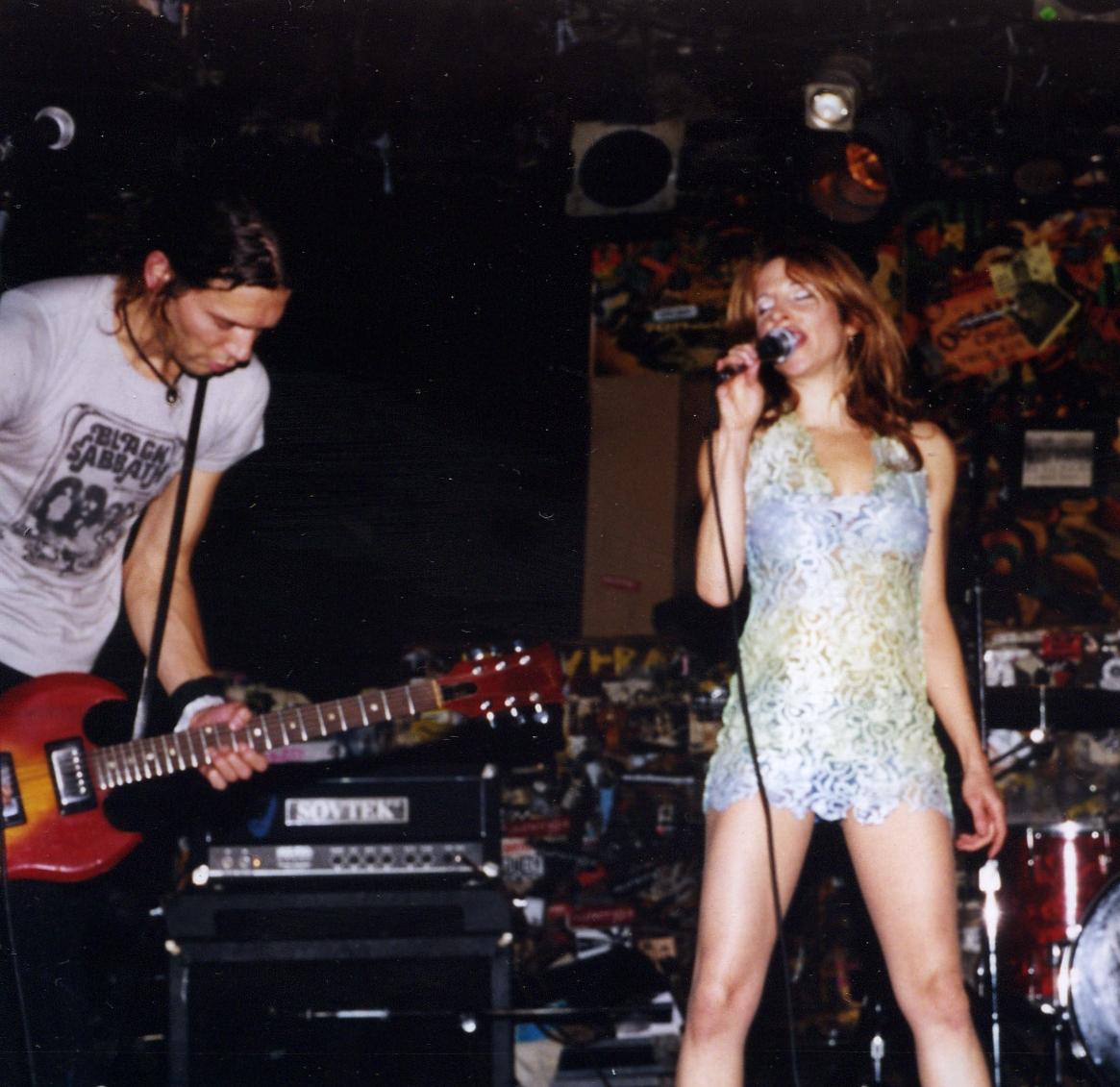 Tell us about your film.  Describe your style, and what influences it?

“A Chance” is about two ex-lovers who meet on a park bench, and is based on a short play that I was cast in, “Be Still,” by Ange Arabatzis. He decided to change the two characters from Man and Woman in his play to a woman and a woman, because he said to me and Karen Irwin, who plays Caroline, “Your two energies are so different – I’d love to see you two as the exes!”. -I loved that, as making it an LGBTQ story, was making it a story about characters/people from a marginalized community which needs more representation. I suggested it would make a great short film as well, if we added flashbacks showing what brought them to that place (and if we got them off the park bench), and he agreed, so I was able to craft more of these women’s experiences in the world.

It’s a human story about the complexities and difficulties of love -and addiction- and also touches on the difficulty that Mia and Caroline, the ex-lovers, experience stemming from homophobia in society.

I was influenced by Mike Leigh and Christopher Guest. I love the method of having an initiating idea of what is wanted for a scene and then having the actors – after doing all their homework on knowing who their characters are, having built their characters, then improvise the scene based on the initiating idea. That’s the way we worked all the flashback scenes. And the scene on the bench, which was all scripted, was rehearsed like a play.

-And one of my and Thomas Simon’s cinematic influences for this film was Susan Seidelman, we were inspired by her ending of “Smithereens”, which she said was inspired by Truffaut’s ending of “Four Hundred Blows.” 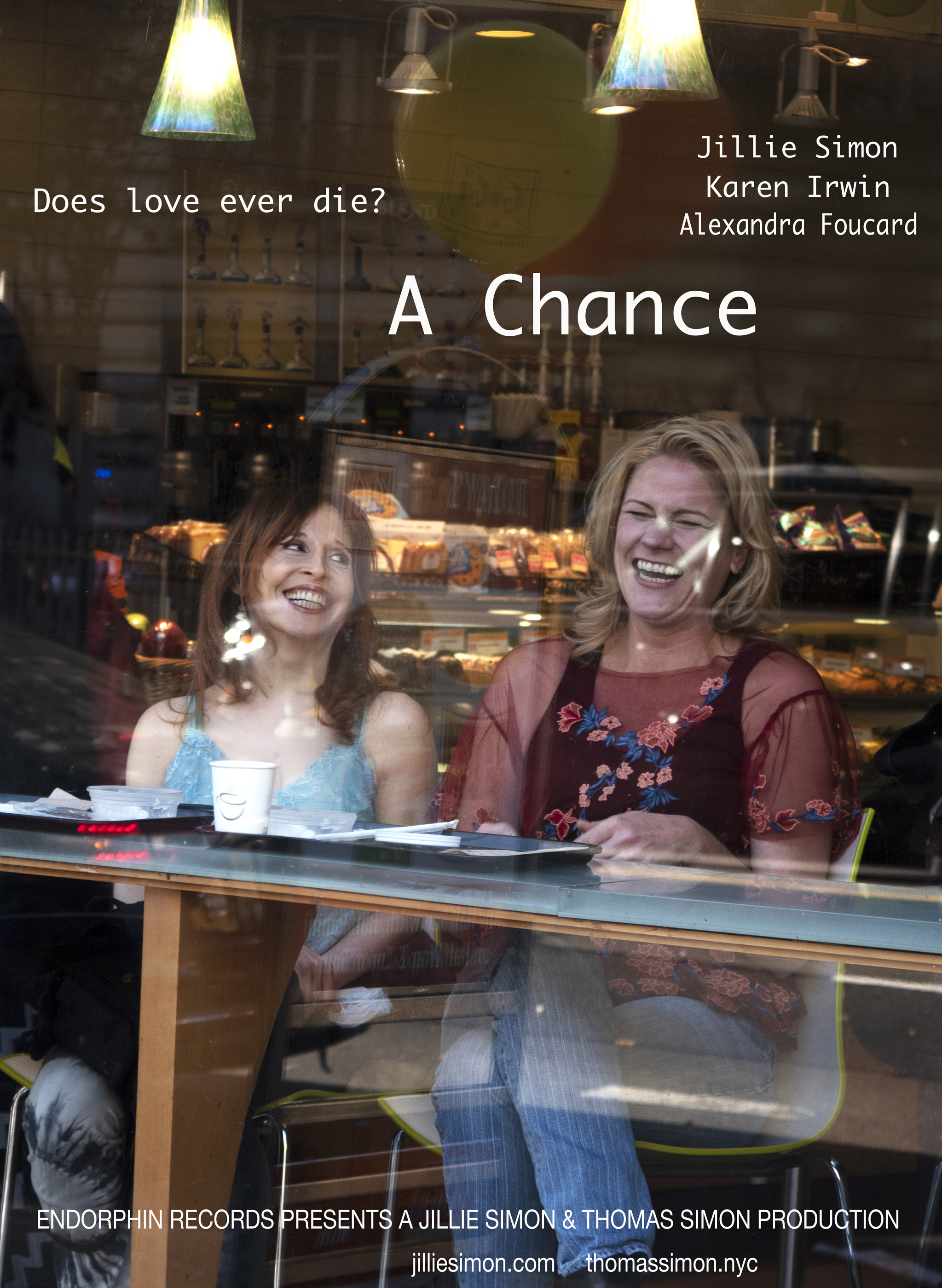 I’ve made two narrative short films since 2015 and before that had co-directed and co-produced two music videos, Musiciens Sans Frontieres’ “Legalize” and “So Many Ways (For Safe, Green, Sane Energy),” which I co-wrote with Thomas and sang on.

I’ve worked as an actress and as a singer-songwriter for many years, and prior to writing “Hungry” had only written songs, but Thomas had begun encouraging me to write a narrative script, that we could produce together and make soar. So when he came to me with a couple of small articles about teachers who had paid out of their pockets so their students could get lunch – as they were going hungry, because of the cuts to the S.N.A.P. program – I thought that’s a subject I’d be interested in putting a spotlight on, and a role that I’d be happy to play. That was the start of writing and (co-)directing narrative film. Though I had actually made a first attempt at writing a short script around 2009, but it was very personal, dealing with grief, and I ended up putting the script on the proverbial shelf, and writing a song instead (“Happy Monday”, which is on the MSF album “Spread Some Love”).

When we screened “A Chance” at Through Women’s Eyes Film Festival in Sarasota, Florida, a young woman came up to me afterwards with tears in her eyes and told me how wonderful it was to feel represented on screen. That felt great, to make a positive impact.

–And with our first short, “Hungry,” getting distribution with IndiePix Films felt like a big accomplishment, since many short films never end up getting acquired and distributed.

I’m shooting a film next week, a proof-of-concept short film for a tv series, a thriller called “SkyLife” by Marvalee Peart – the pilot is great, so I’m excited for each step of the way with this. I play the senior flight attendant, Diana Spencer.

I’ve also been working on a rewrite of my first draft of a feature film which continues off of “Hungry” called “People Power, or How to Fight the Sociopaths and Save the Planet.” 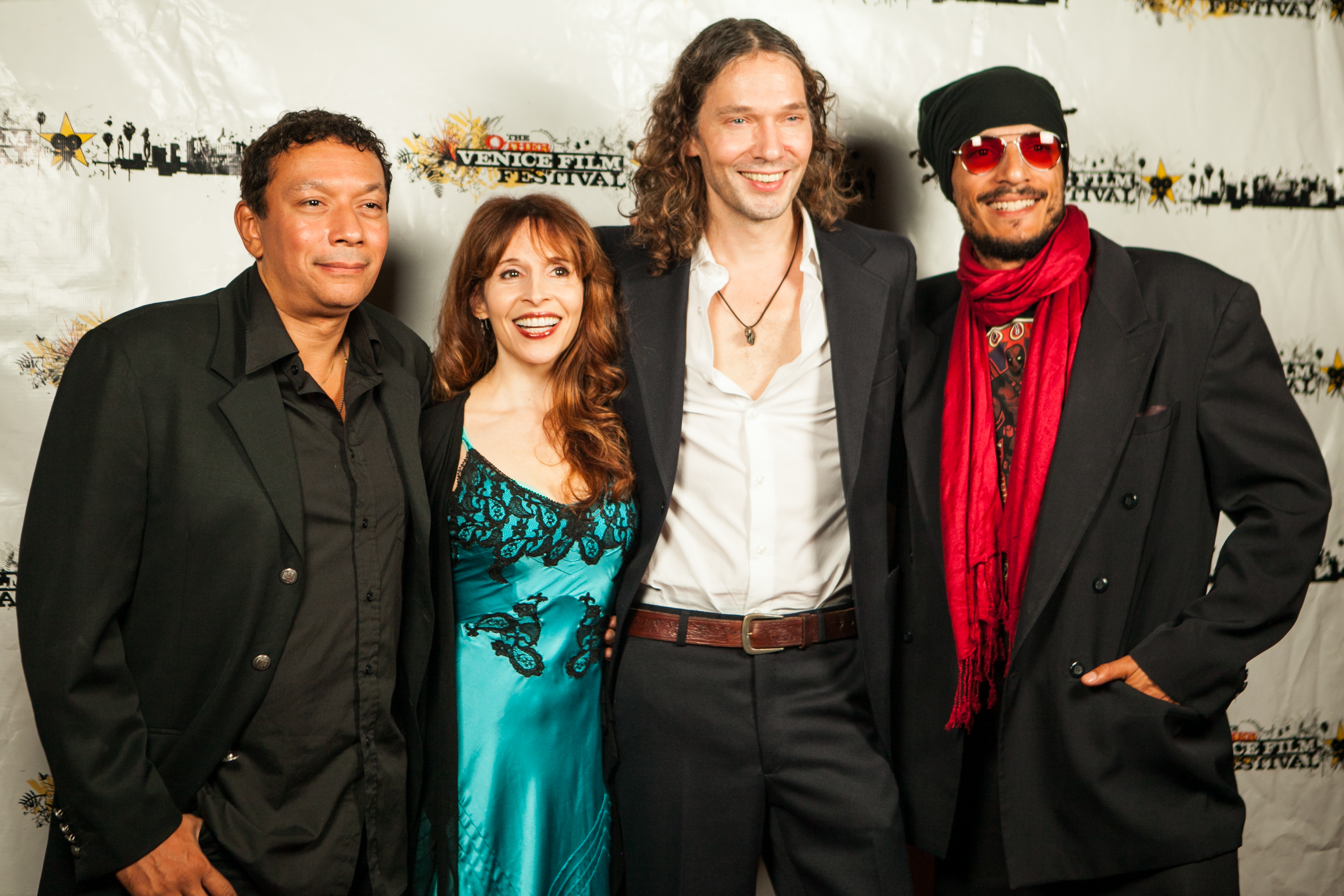 I worked with writer-actor groups in which the writers workshop their new works with the actors in the group on Zoom. –I’d been in one group pre-COVID, in which we’d met in person, which has incredibly talented writers and actors in it, and it was moved onto the Zoom platform. Having that group to work in and also another one that I started working with, which also has very terrific, talented folk in it, were really bright spots in a difficult, dark time. –And I did a table read of a new screenplay on Zoom in which one of the other actors was in London and most of the other cast was in L.A. and the writer was in Las Vegas – Zoom has been really helpful!

…moving images that draw you into a world and create an emotional journey.

Our lives begin to end the day we become silent about things that matter. – Martin Luther King Jr

A single act of kindness can make a huge difference – spread ripples of kindness. 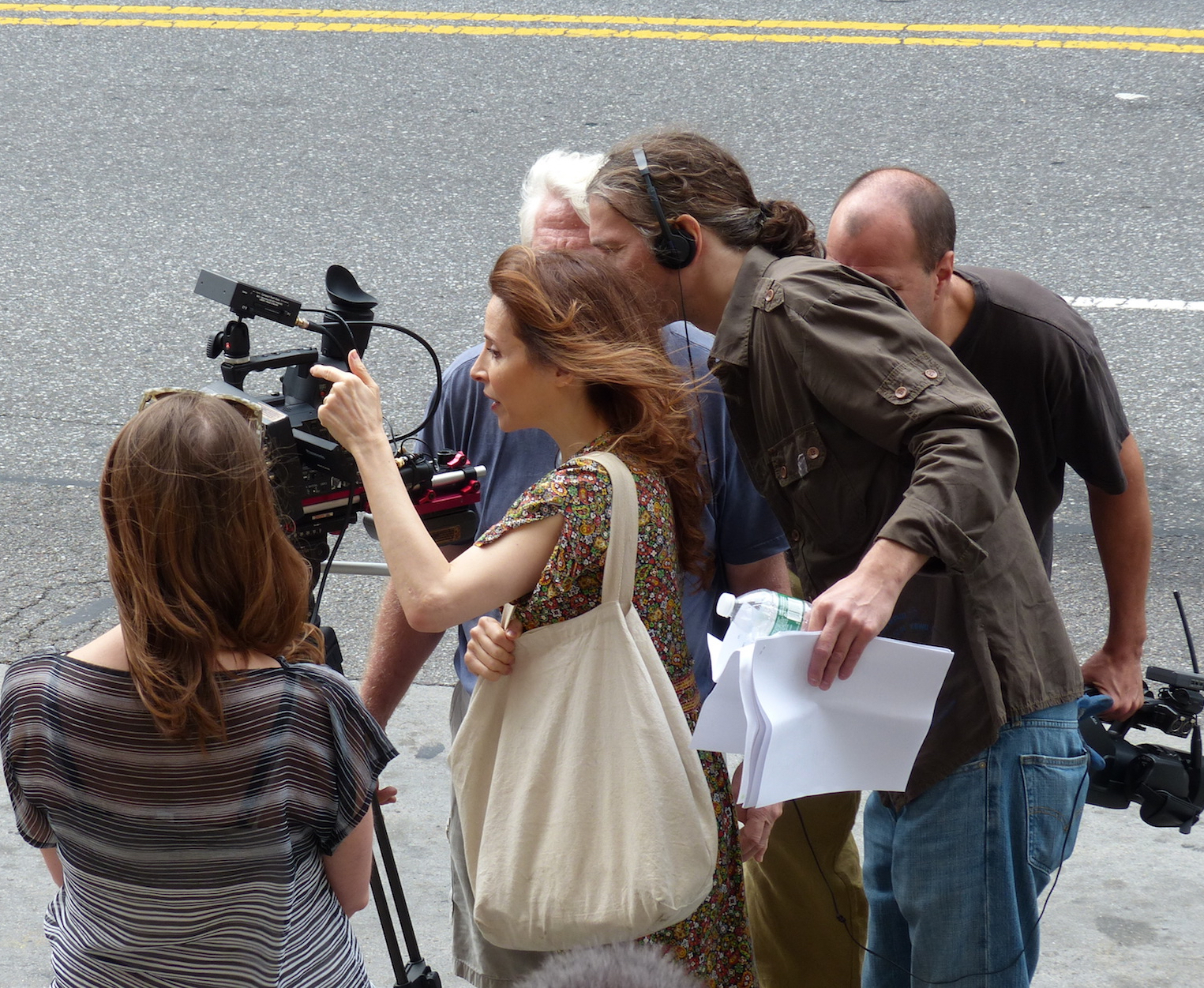 Visit one of the animal sanctuaries we’re donors to, and interact with the animals, if it’s possible.

Since I was referencing Peter Gabriel, I’ll mention that Jerry Marotta, who played with Gabriel ’til 1986 is my favorite drummer in the world, so I was tremendously thrilled earlier this year when Jerry played drums and percussions on Thomas and my new song “Save Our Planet”. We released the single this past spring and it’s begun receiving airplay in Europe, on Vienna-based radio station FM4.

— And I was very honored to have had “Hungry” open for John G. Avildsen’s classic film “Lean On Me”. Thomas and I got to chat with John about film and life at the opening party and then be part of the Q & A with him after our screening, at the Chesapeake Film Festival (where he was given a LifeTime Achievement award).

— Playing on the stage at Yasgurs Farm with Thomas for a Woodstock Reunion Festival, along with Country Joe, Melanie and others was a fantastic experience, looking out at the field of people enjoying (there were 25,000 there that weekend).

— And I’m also proud to have been a part of the awesome rock-n-roll dramedy “The Incoherents”, directed by Jared Barel, playing Chrissie, Keith the bass player’s, supportive, yogini girlfriend -it was terrific working with Jared and team.