The Venice Paparazzi’s “In the Spotlight” is an interview series that highlights people and organizations in the Venice community.  The purpose is to shine a light on all the positive things being done by the fantastic folks in our town!

I’ve lived in Venice for 39 years now. I first came here courtesy of my friend and next-door neighbor in New York, Jean Michel Basquiat and crew in 1982 and we crashed on Market Street near Speedway. From that point on I traveled back-and-forth from New York, Baltimore, Venice and  London until 1997, when I moved my studio and home here to Venice full time.  In 2000, I was very fortunate to also start a part time studio in French Polynesia.

As a child I grew up in San Francisco and Jamaica. I did my undergraduate and graduate Studies on the east coast and postgraduate work in Europe.

Tell us about your art. Describe your style, and what influences it?

Being an academician my early work was very by the books and art world acceptable. In 1988, I was diagnosed with stage four colon liver cancer and given two years to live. As a result the work that followed concentrated on “the feeling of being alive.” It was basically a study of living. I became a visual, social, anthropologist in that the foundation of the work was an anthropological study of the visual and a visual study of the anthropological.

Even though I was barely a teenager in the 1960s I was still influenced by the generations philosophies on questioning authority. So when the art world would tell you something is not art, myself and my friends would do the opposite and prove that it was. Interestingly, in 1980 I met Charles M Schulz, creator of the peanut comic strip who I soon became friends with.  I was heavily moved by his philosophies, strategies of creating line, and influenced by his way of seeing form. By 1988, after my illness, I began my work of the past 33 years that was influenced by his thinking of pictorial space. There was now a much more important reason for making art than just art world approval. In 1991 Schulz and his business representatives created an agreement that allowed me to use the subject matter within his strip as subject matter in my paintings for the term of my life. 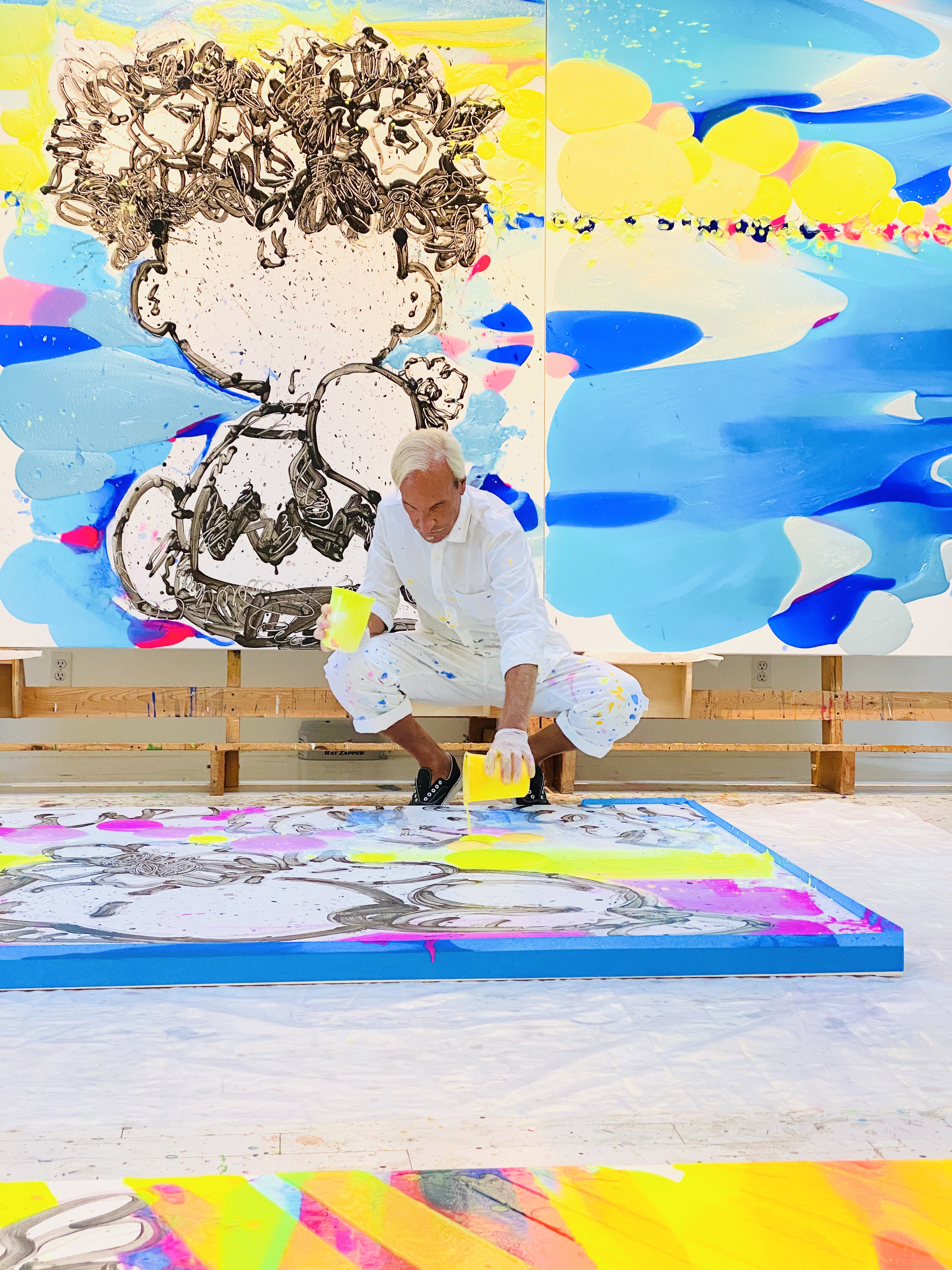 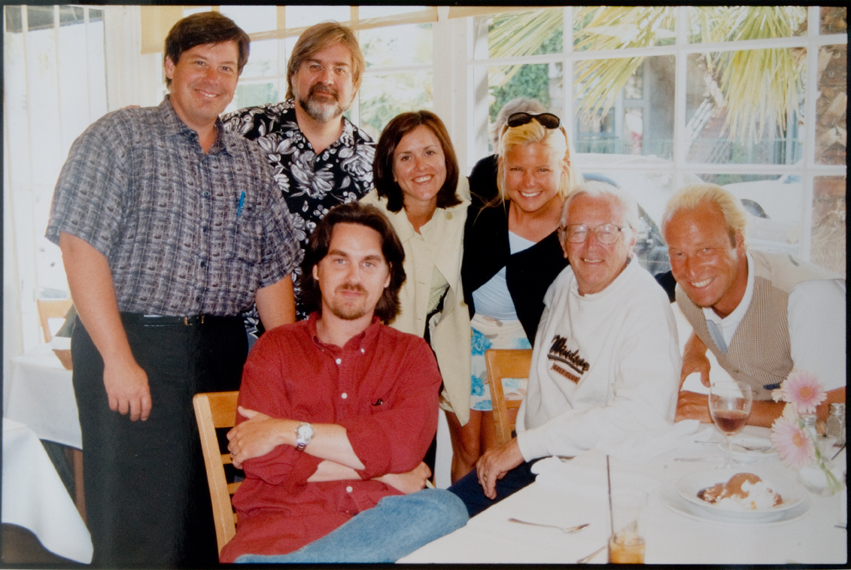 Tom and Jennifer Everhart, Charles Schulz, Matt Groening (creator of the Simpsons), and friends at Hal’s AKB in 1998. Photo by Alan Shaffer

Fortunately, my biggest accomplishment is that I get to live and work as a painter. My favorite show has to be the one from 1990 at the Louvre. Up until that point, the small contemporary art world was fairly pissed off with me and that changed soon there after.

How are you surviving Covid-19 and the lockdowns? What moves or pivots have you made?

Prior to Covid lockdown my works subject matter was involved with looking at global social anxieties, camouflaged through the visual object matter of Schulz’s familiar imagery. A month before lockdown the work tried to answer the problems of global anxieties with a new focus on education.

The best advice I feel I’ve ever received came during a small party at Andy Warhols studio, in 1986 a year before his death. He suggested that I follow through on my plans to create an entire body of work from what I had learned from Schulz. Because, he felt that all new art was involved in appropriation and that because I had learned from the creator of the source that it was a new way of seeing the new appropriation.

Finish off the statement “Art is…”:

Art is the gap in what we all see.

“A lot of people try to think of ideas. I’m not one. I’d rather accept the irresistible possibilities of what I can’t ignore.” – Robert Rauschenberg 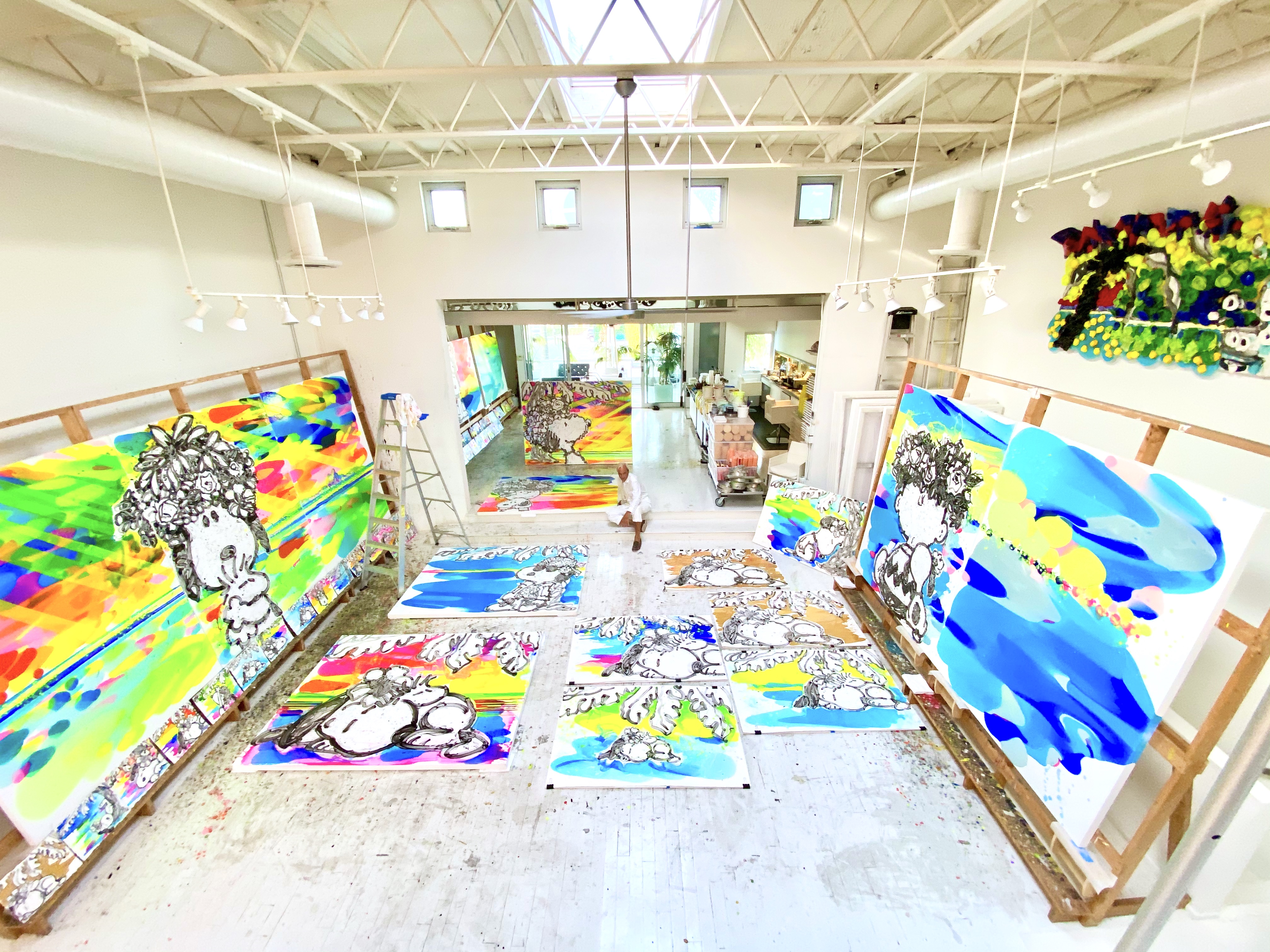 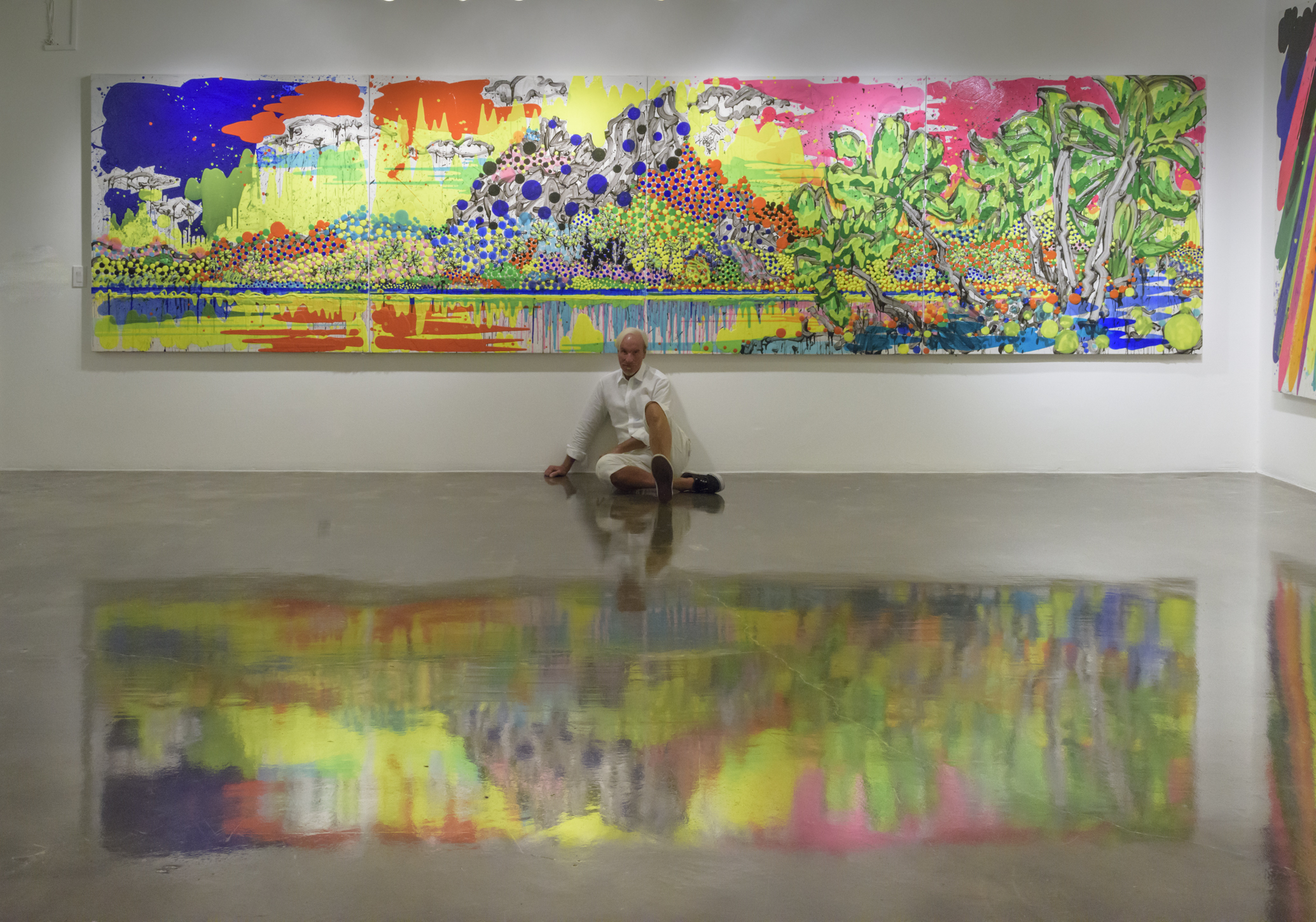 I fell in love with Venice the second I stepped onto its ground. I wanted to move here every day thereafter because I felt it was the most versatile, diverse and inclusive place in the world. Venice is continually growing and for an artist there could be nothing more essential than seeing the same thing in a new way.

Most importantly, it had and has a sense of humor about it self.

If I had the choice for the next Venice Paparazzi spotlight, it would be an interview with the eyes of Jonathan Borofsky ballerina clown.” 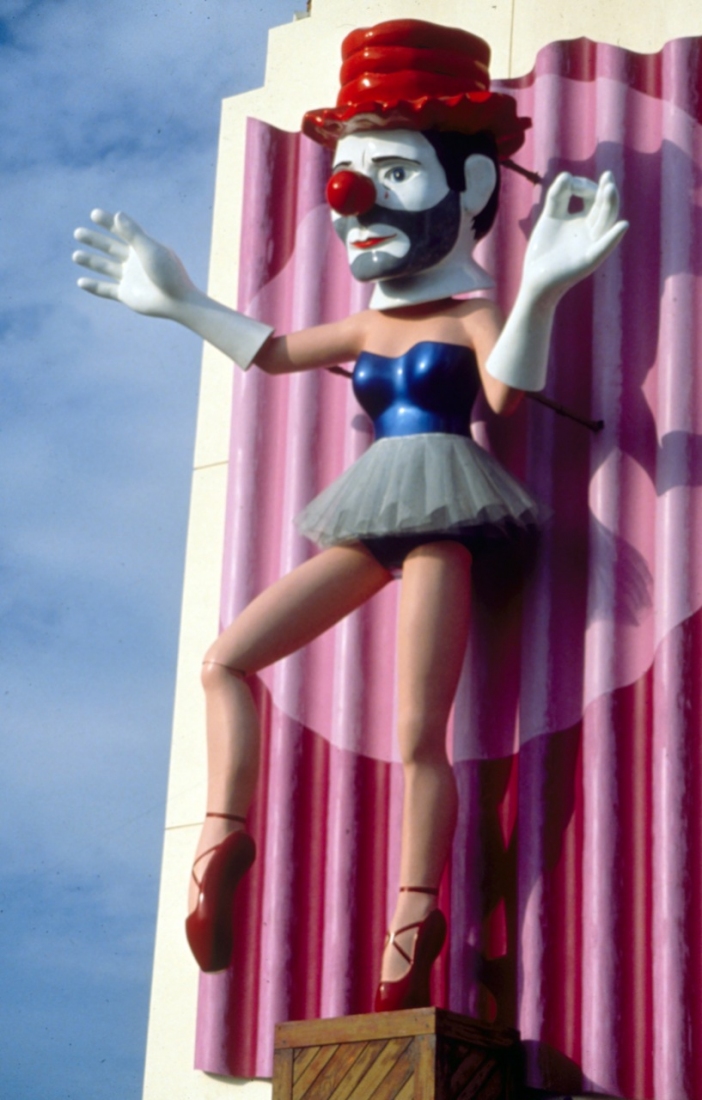 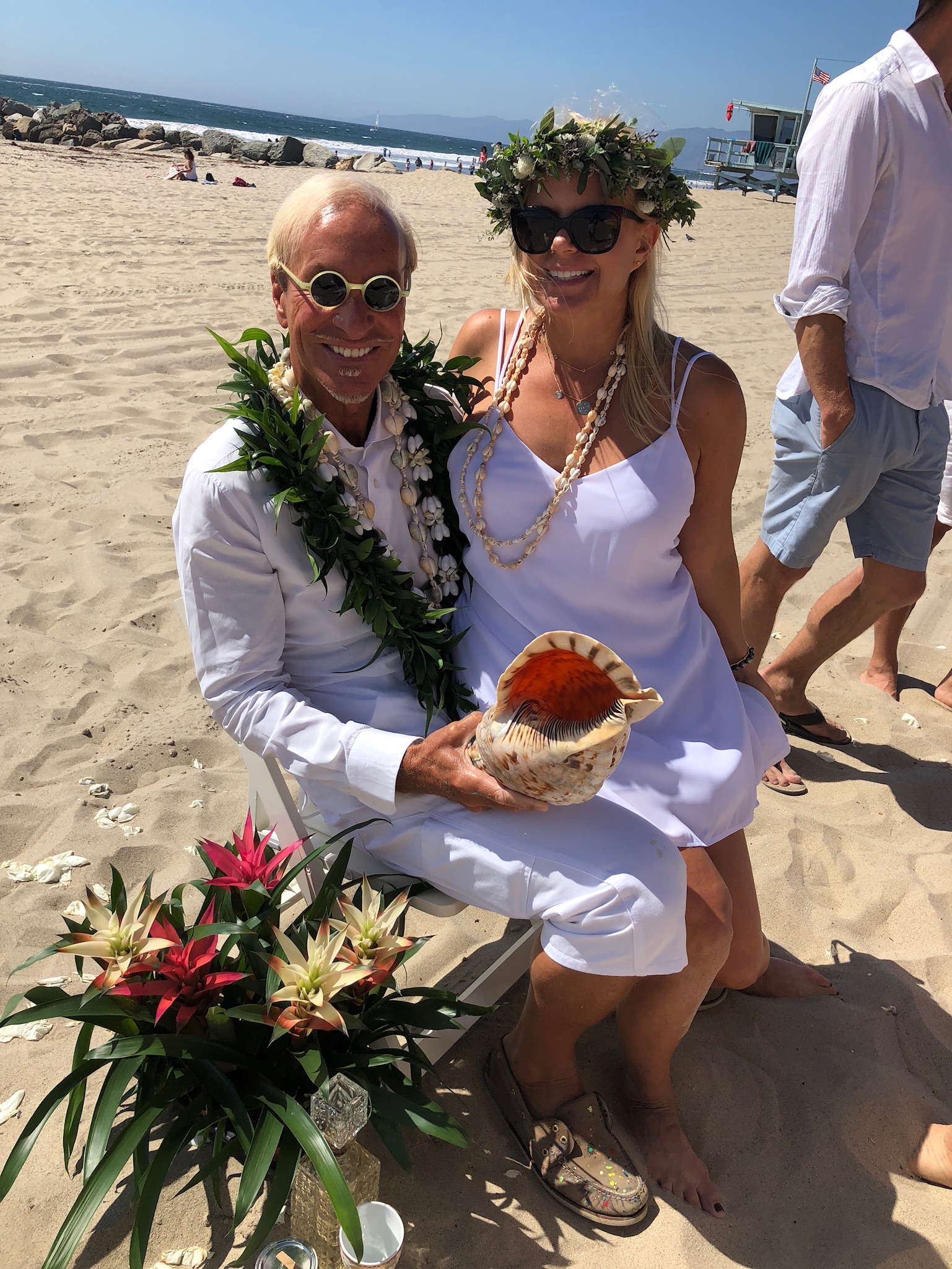 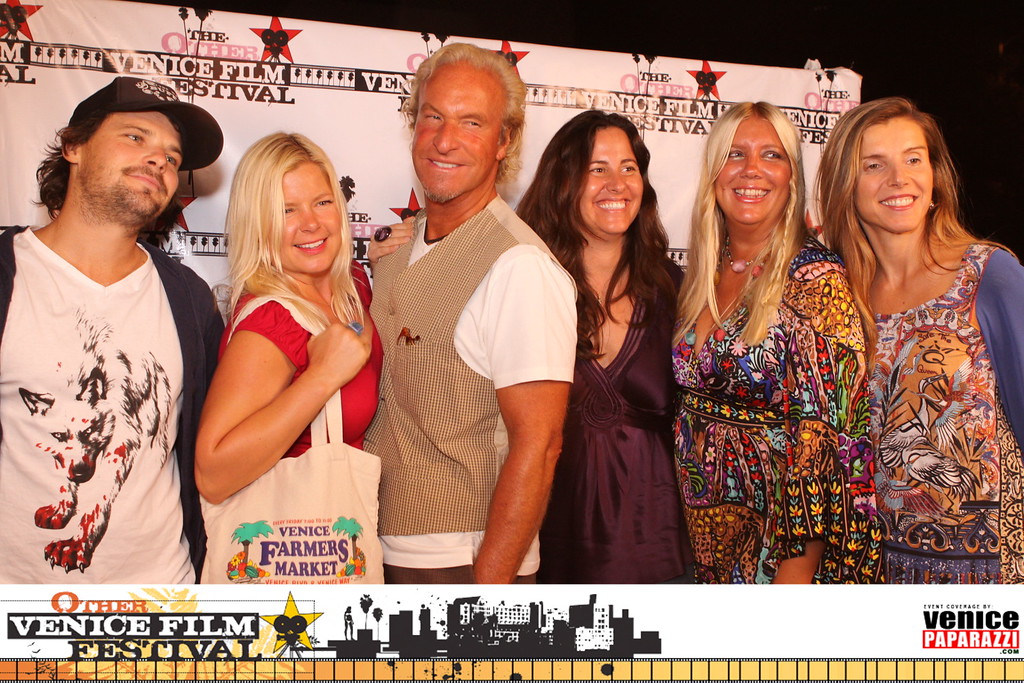 Jennifer and Tom Everhart  with friends at the 2009 Other Venice Film Festival. 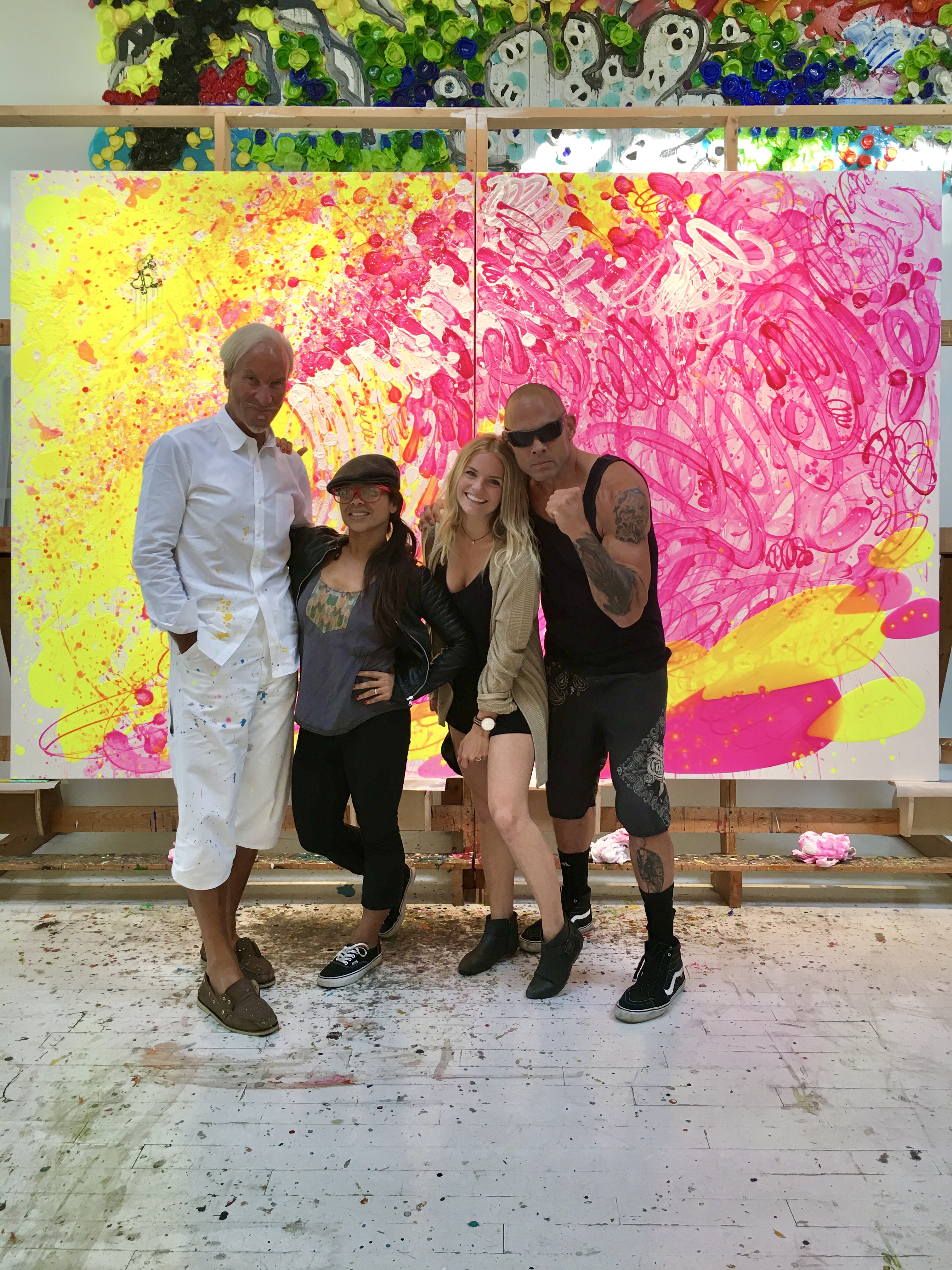 Team Venice Paparazzi hanging with Tom at his studio in 2016.