Venice Paparazzi’s “In the Spotlight” is an interview series that highlights people and organizations in the westside community.  The purpose is to shine a light on all the positive things being done by the fantastic folks in our town!

What’s your name, and the number of years in Venice?

My name is Jane Velez-Mitchell. I am a journalist, author and founder of the UnchainedTV streaming network and have lived on Speedway in Venice for 32 years.

Tell us about the your organization?

We were formed as a community coalition to alert people what a few friends and I had learned at a rally in February of 2020 – that there is a horrific plan to rip up and destroy the Ballona Wetlands, just south of Venice. The plan would destroy the fragile mosaic of habitats relied on by 1,700 species of wild animals and plants that have nowhere else to go. At risk are some threatened and endangered species!!! The proposed project is being promoted as a “restoration,” but it’s a wholesale destruction – an estimated 9 years of bulldozing, with excavation and construction vehicles moving through a very busy area that is a commuter corridor to LAX, as well as to the South Bay. Imagine what the area around Lincoln and Jefferson, where the Ballona Wetlands Ecological Reserve is located, would be like if this goes through. Over the course of a decade, you would be repeatedly stuck in traffic, while bearing witness to the destruction of LA’s last coastal wetlands and the decimation of the species who call this sacred space home.

Critics have pointed out that primary beneficiary of this greenwashing plan is the fossil industry – which is reliant on a huge gas storage facility – deep underneath the wetlands with infrastructure and storage operations throughout and under the Ballona Wetlands.

This bulldozing project would enhance the ability to install new fossil fuel infrastructure for a slant-drilling operation that would allow this facility to stay in its current location for decades into the future, despite the risk it poses, bringing to mind the explosion at Aliso Canyon, considered one of California’s worst environmental disasters.

Agencies, in looking for ever changing ways to move this dubious project forward, claim they are doing it for communities of color; Defend Ballona Wetlands was a key group that organized a news conference, including Marvel Superhero Genesis Butler and other BIPOC (Black, Indigenous, People of Color) leaders – who stated, “Don’t do this in our name; we want Nature preserved to enjoy as it is.” 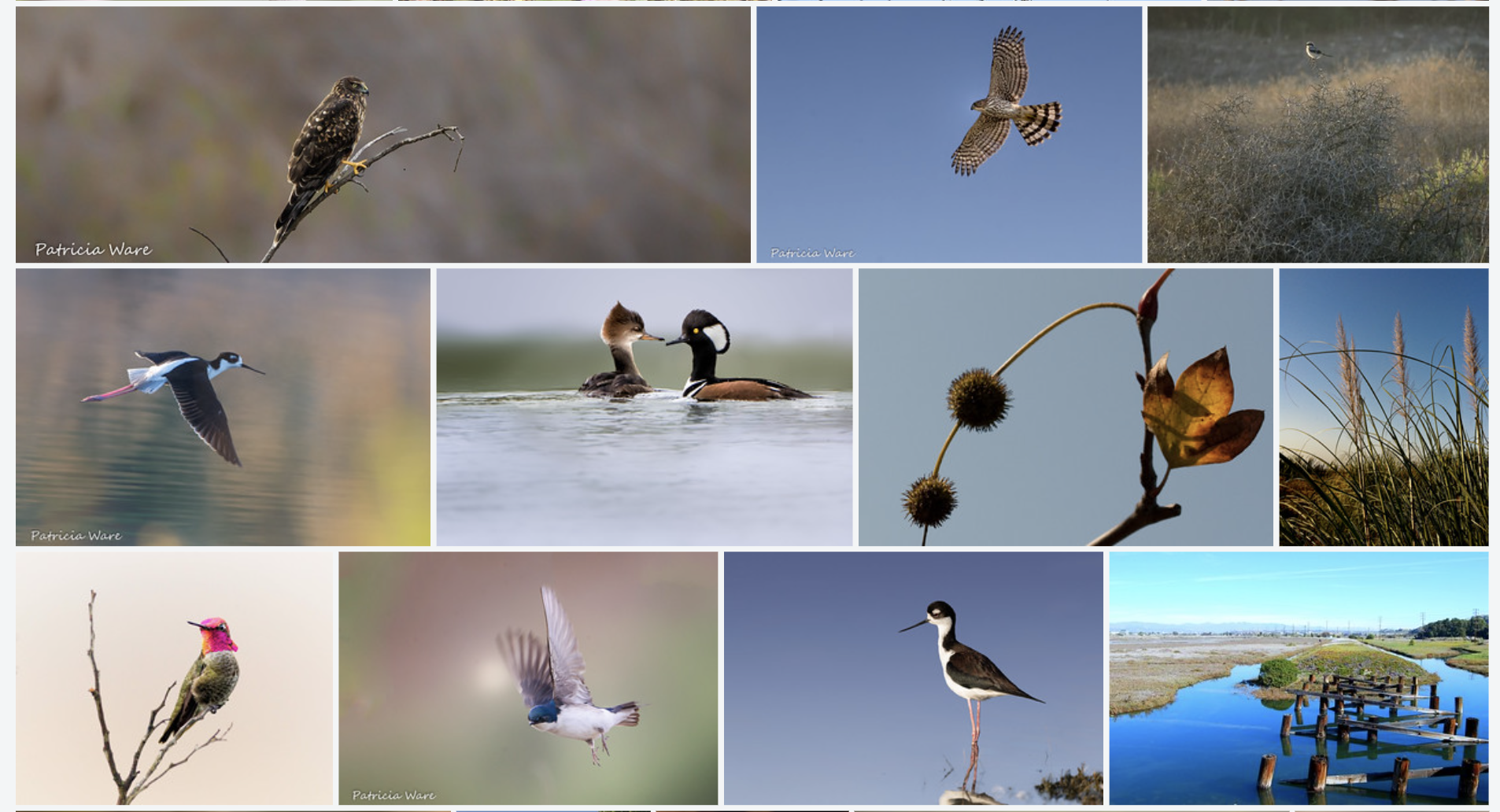 Who are the founding members and key players?

Lisa Karlan, Molly Basler, Mary Beth Trautwein, Robert “Roy” van de Hoek, Christina Ku, Marcia Hanscom, Susanne Cumming, Mary Disney, Cesar Asebedo, Simone Reyes, Ellen Dent, Annie Abrams, Sarah Segal, Michael Fujimori, Paige Parson Roache, Anthony Shale, and others – are all voices who have helped inform the community and who have spoken out in public hearings on behalf of Defend Ballona Wetlands. Some of us got together to create DefendBallonaWetlands.org, where you can sign up to get alerts about hearings where you can offer testimony and speak on behalf of voiceless animals and nature and in opposition to this project. 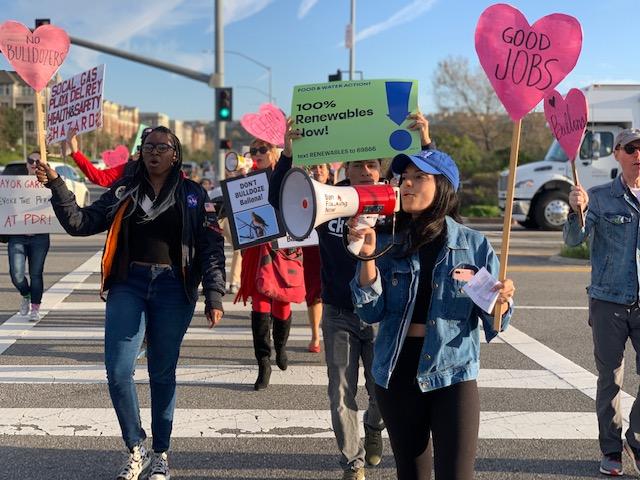 How long in business, and how did you get started? Where did the idea or inspiration come from?

In February, 2020, Protect Playa Now, Sierra Club Ballona Wetlands Restoration Committee, Food & Water Watch and Ballona Institute organized a rally that some of us attended. This was the first time that it was revealed publicly that there is such a strong link between the proposed bulldozing project that is masquerading as a “restoration” and the fossil fuel industry and gas storage facility at the Ballona Wetlands.

Then-Senator Holly Mitchell (now a County Supervisor representing part of Venice) spoke at the rally. We were all awakened by the photos of the beautiful wildlife that rely on the Ballona Wetlands, and we decided we must act to stop this horribly destructive project aimed at LA’s last coastal wetlands.

The next week we began educating people, organized them to volunteer and speak up, and then packed a meeting of the Neighborhood Council of Westchester/Playa where Marcia Hanscom explained to the Planning & Land Use Committee, through a multi-media presentation, the extent of the plans for the wetlands. Many of us spoke up that night to demand that the neighborhood council officials do everything they could to stop the project from proceeding. 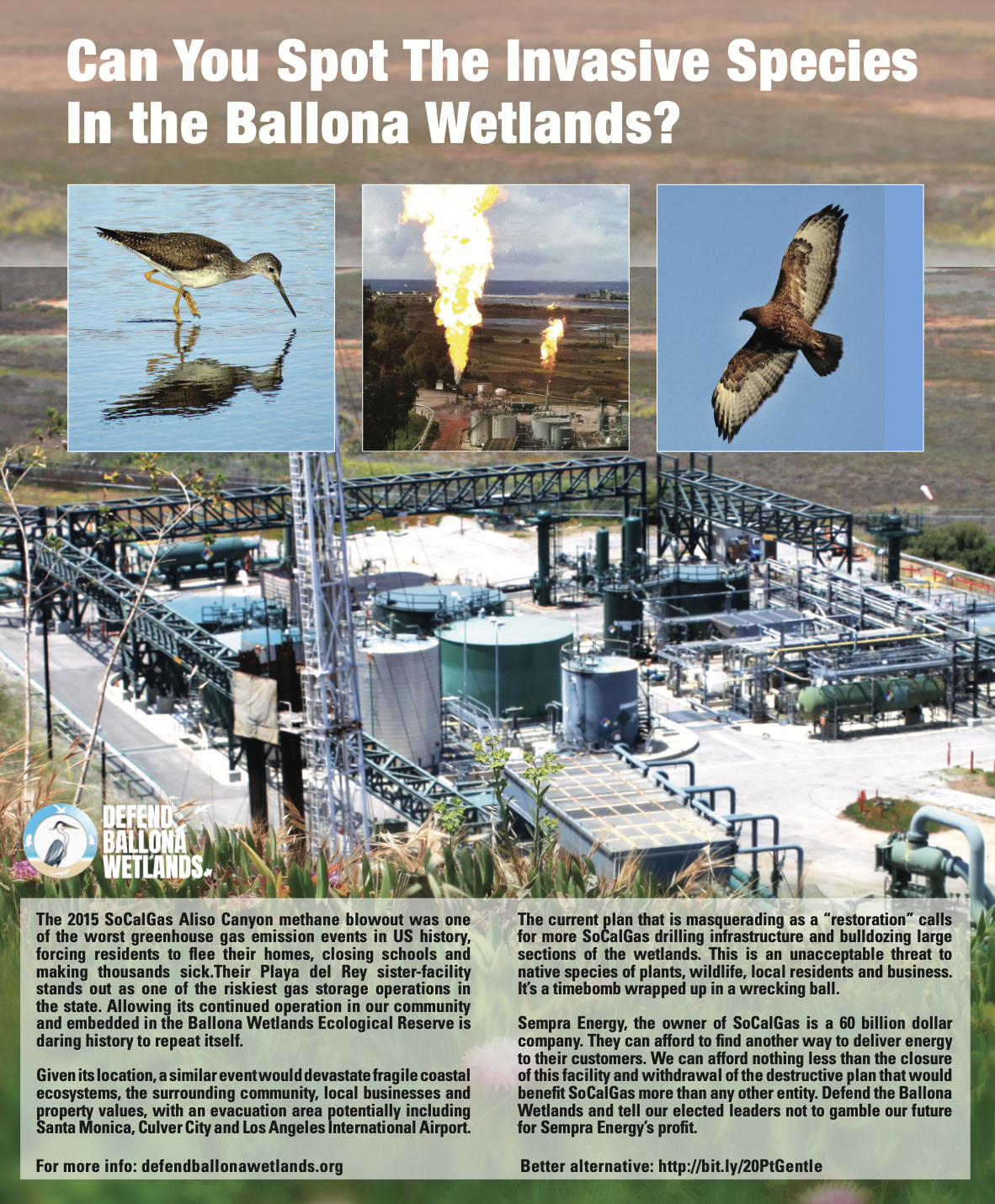 Tell us about the programs you run.

We organize and host online Town Halls and other educational meetings to inform the community about this proposed devastating project that would impact not only the species that are living at Ballona year-round, but also the birds on the Pacific Flyway that rely on Ballona as a migratory rest-stop. Here are two that are instructive and educational:

We are continuously updating our comprehensive website that includes a great deal of information that the community can read to understand the real story that the greenwashing behind the project obscures. https://defendballonawetlands.org

We also organize speakers to attend public hearings so that decision-makers know there is widespread opposition to this project, once people learn the facts. As part of our advocacy, we have developed a 20-point plan for a gentle and genuine restoration for the land at Ballona. http://bit.ly/20PtGentle

We are one of four organizations that have filed lawsuits in California Superior Court, challenging the legal adequacy of the environmental review under the California Environmental Quality Act. (CEQA.)

Through UnchainedTV, we often go live at protests and other public events. Here’s a story, with video, on a protester who was falsely accused of trespassing by the gas industry which called the police. Because we were live, we were able to prove that she did not trespass as the gas company claimed.

What are the benefits or what can one expect from joining your community?

You can help save a precious natural resource from rapacious interests who have no concern about wildlife, habitat and conservation. We invite members of the community to subscribe on our website. https://defendballonawetlands.org

We will alert you to upcoming meetings where you can speak up and have your voice heard, as the voiceless animals at the Ballona Wetlands cannot speak for themselves. You may also be offered opportunities to write to decision-makers and to staff tables at community events where more information can be shared. The animals need us to speak and defend their habitat and this special gem of a landscape on the Los Angeles coast nestled between Venice, Marina del Rey and Playa del Rey. What accomplishments are you most proud of?

Currently there are at least 4 lawsuits challenging the project that the CA Dept. of Fish & Wildlife, State Coastal Conservancy and several private entities are attempting to move forward, despite more than a decade of increased community opposition.

We played a key role in advocating over the last two years for a trail to be opened at Ballona – where this state ecological reserve as mostly been treated like a private club.

We wrote Op-Eds and encouraged community members to write letters to the editor that were published in local publications, like this one:

We organized a significant number of groups to form a coalition of organizations which are opposed to the bulldozing project at the Ballona Wetlands and want the gas storage facility shut down. https://defendballonawetlands.org/opposition/

We’ve been Instrumental in alerting the public that the bulldozing project is inextricably linked to the fossil fuel industry.

We also have offered a 20-point gentle restoration plan that replenishes the wetlands without bulldozing at a fraction of the cost. Here is an UnchainedTV article on it. 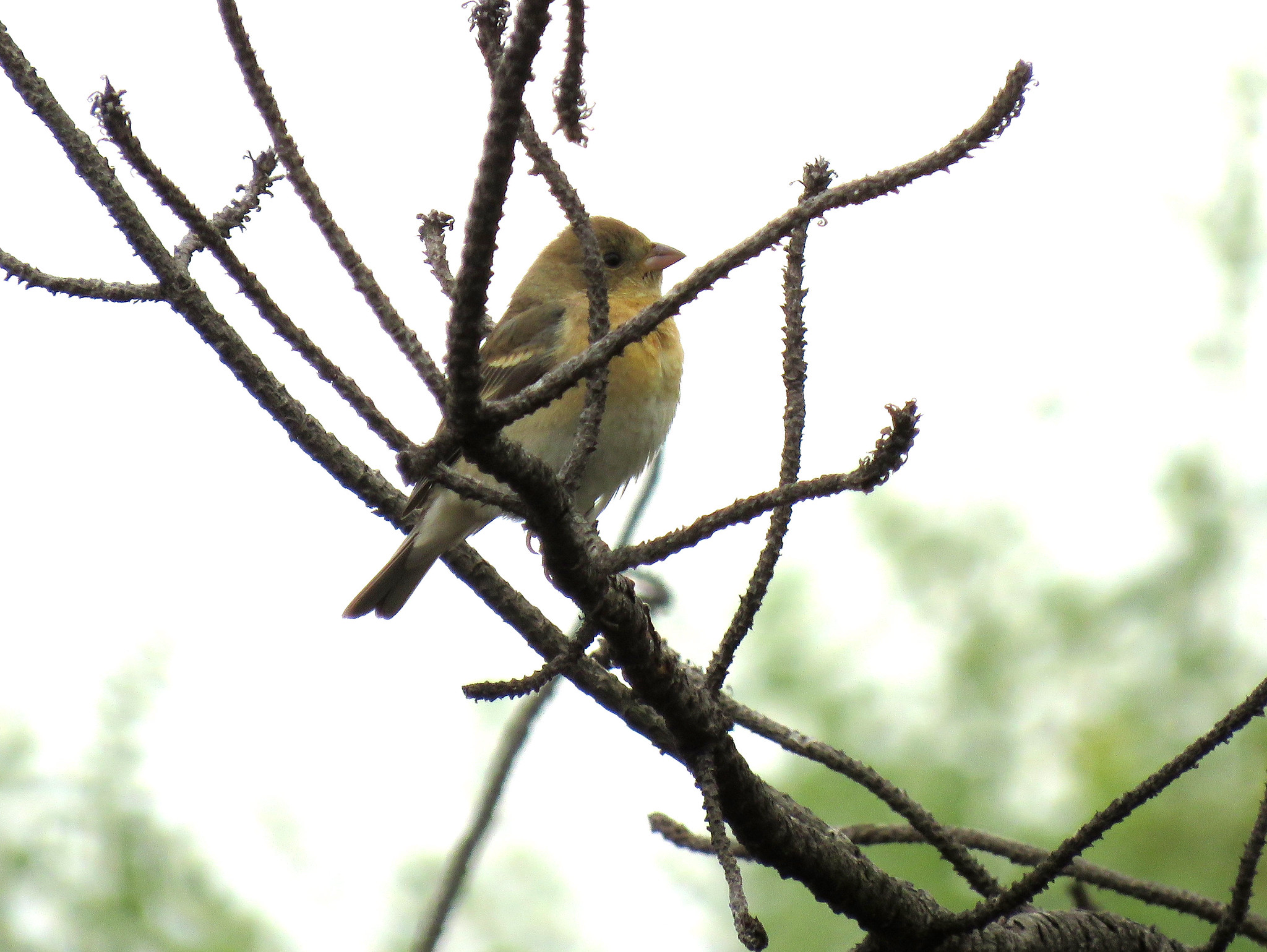 Announcements, upcoming events, and/or new projects that we should know about?

In 2023 there will be a court hearing on the current lawsuits challenging the legality of the bulldozing project at the wetlands. We also filed a lawsuit challenging the use of bond money for questionable, and we think, uses that are not allowed by the intent of the voters. tinyurl.com/bondmoneylawsuit

There are regularly-scheduled public hearings, where members of the public can be heard – it’s important that we constantly push back against the false narrative surrounding this industrial habitat alteration that would ruin habitat where beautiful Owls, endangered songbirds like the Least Bell’s Vireo and many other animals currently reside. The egrets, pelicans and cormorants you see in our gorgeous community would be decimated by this bulldozing project.

The Coastal Commission, the Fish & Game Commission the State Coastal Conservancy and other decision-makers need to hear from the public that we KNOW what is really going on – that there is greenwashing where the public is told the land needs to be restored, when there are so many plants and animals thriving there now.

Additionally, those agencies in favor of the bulldozing seem to encourage the deterioration of the perimeter of our precious wetlands by allowing it to be lined with trailers and trash. That needs to be cleaned up asap, but it doesn’t require bulldozing for a decade and destroying wildlife. So, don’t let them fool you. Demand they clean up the perimeter without destroying the interior.

Naturalist Jonathan Coffin’s Flickr site tells the story of what he his documenting at the Ballona Wetlands each week! 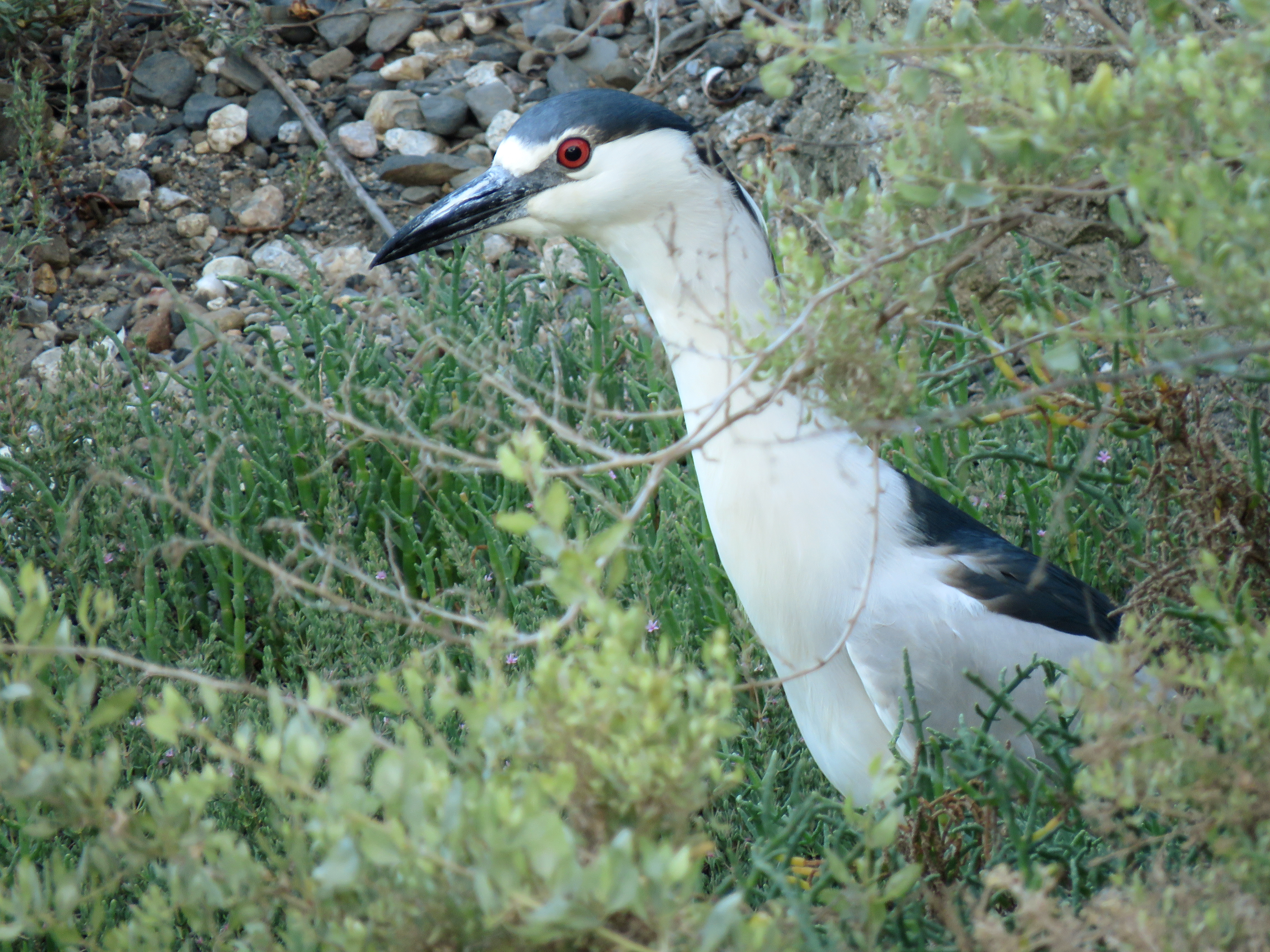 Any take aways or lessons learned from Covid 19 & lock downs?

When we went indoors, the animals felt safe to come out.

Any mantras or quotes that your organization lives by?

What support do you need? How can one help your organization?

Donations to our organization are needed because there are legal fees, etc. Please go to DefendBallonaWetlands.org and donate. Please make sure you specify your donation is for the Ballona Wetland lawsuit. Also, sign up on the website and you will be invited to a fundraiser we are having this winter. It will be fun for an excellent cause! 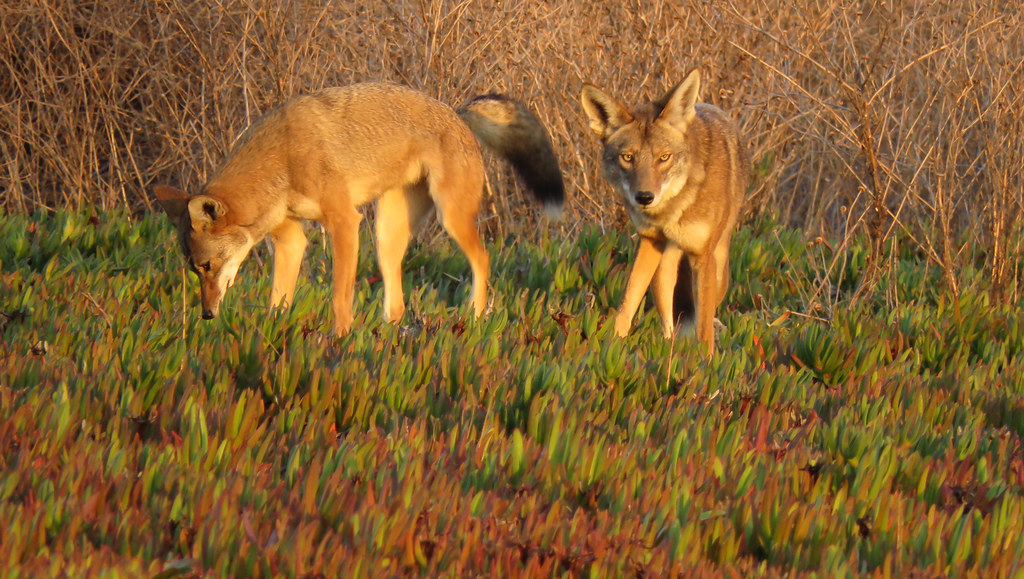 Describe Venice! What do you love about Venice?

Venice is unique. The canals, the pier, the Venice sign, Abbot Kinney, Speedway, the walk streets… I love it all. I especially love the strength of our artist community, a compassionate community that knows that nature is priceless and, to quote Joni Mitchell, we should not pave paradise and put up a parking lot.

“Don’t it always seem to go

They paved paradise, put up a parking lot.”

Don’t let them do it to the Ballona Wetlands. Join us… NOW!

Check out Ballona Wetlands each week via Jonathan Coffin!

Naturalist Jonathan Coffin’s Flickr site tells the story of what he his documenting at the Ballona Wetlands each week!  Tinyurl.com/Ballonaphotos