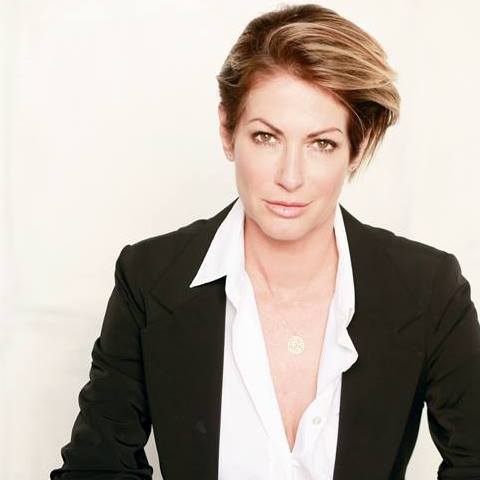 I lived in Venice for 16 years and just recently moved to Mar Vista.

Tell us about your art/medium?

I am a filmmaker and mixed media artist. I’ve worked in the film industry as an actress starring in several films including “Star Maps” before turning to directing. My first short film “Undone” lead me to various film festivals around the world including “The Other Venice Film Festival” in Venice, CA. 15 years ago, I started filming a feature documentary about the leading female DJ’s in Electronic Dance Music called “Girl.”  It was a passion project that turned into so much more. It’s now available to download and watch on Amazon, GooglePlay, and iTunes. So please check it out!   Simultaneously, over the years, I have worked as a mixed media artist creating a prolific body of work. I work with collage and paper, as well as paint, spay paint, and charcoal. It has always been a cathartic process for me to paint and make art, I never really intended it to be more until now. I recently moved into a beautiful studio at Grand View Fine Art Studio and am starting to share, show and sell my work. 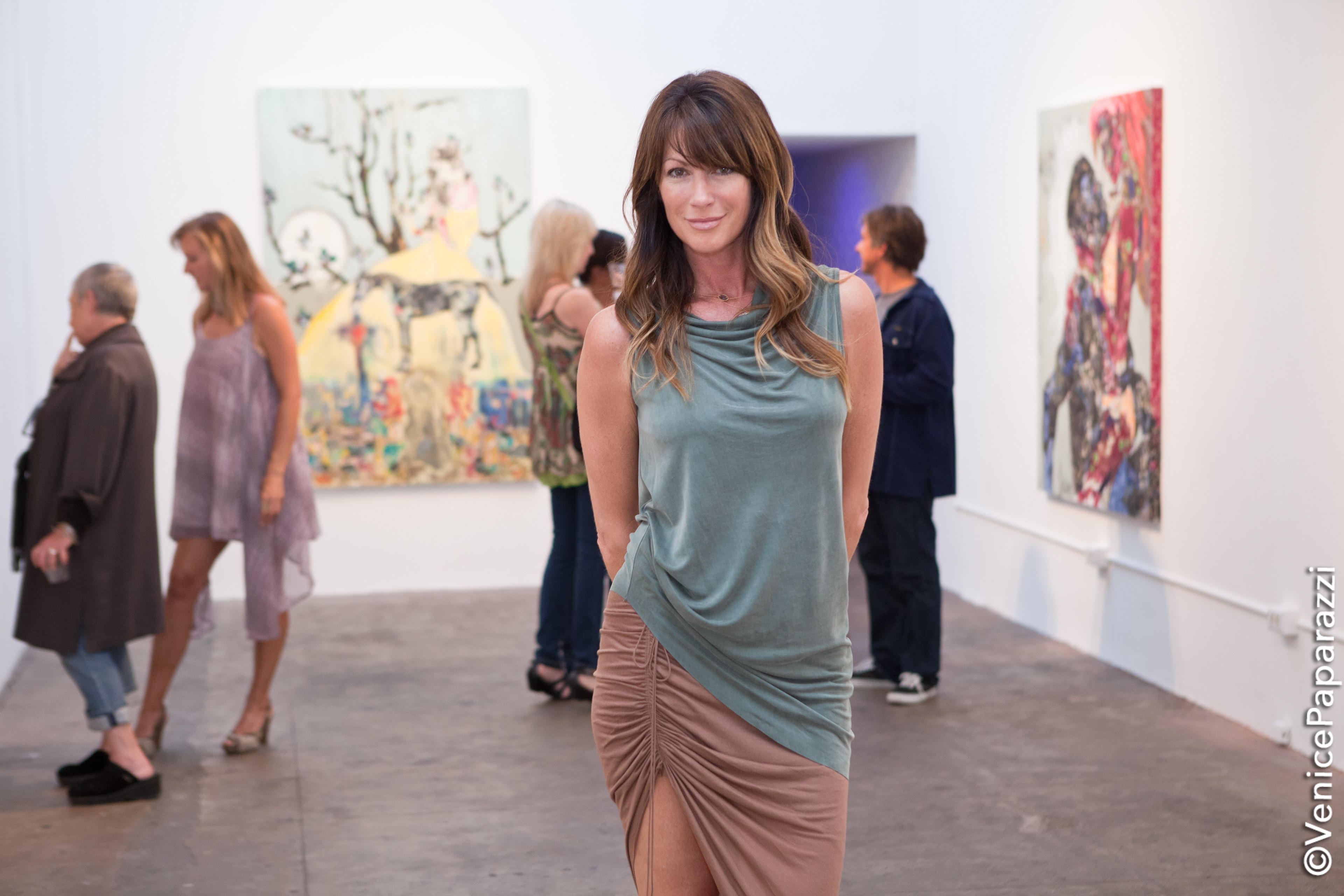 I’ve been painting for 20 years! It started as a creative outlet while I was acting. I found acting and more specifically the auditioning process to be so painful…waiting for the call back….waiting to hear yes or no. It drove me crazy so I threw myself into painting. I’m really into fine paper, and so it’s fun to always be on the look out for it where ever I travel. It’s something I can do alone. I find a great deal of contentment with the entire process. Making art, whether it’s a film or a painting is scary. It is so messy, ugly, and weird, but it can change and grow and become what it is meant to be. I’m a big believer that “beauty is in the eye of the beholder.” As a filmmaker, I was involved with every aspect of making this film over the last 15 years. Producing, directing, editing, fundraising, music supervision, distribution and marketing. I’ve learned so much. I didn’t go to film school but I spent so much time on the sets as an actress that I knew enough to jump in and do it. 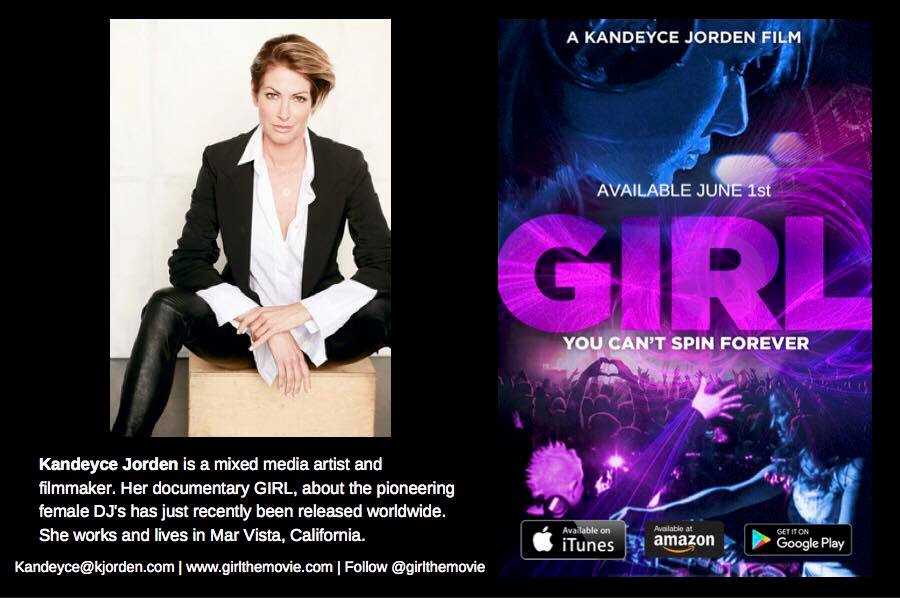 I’m currently writing a screenplay I plan to direct next year. It’s a romantic dark comedy.  Also, I will be traveling with “Girl” to music and film festivals in Europe this fall.   I’m excited to receive these invitations to screen my film and have Q &A conversations about equality for women in the music industry as well as the arts. 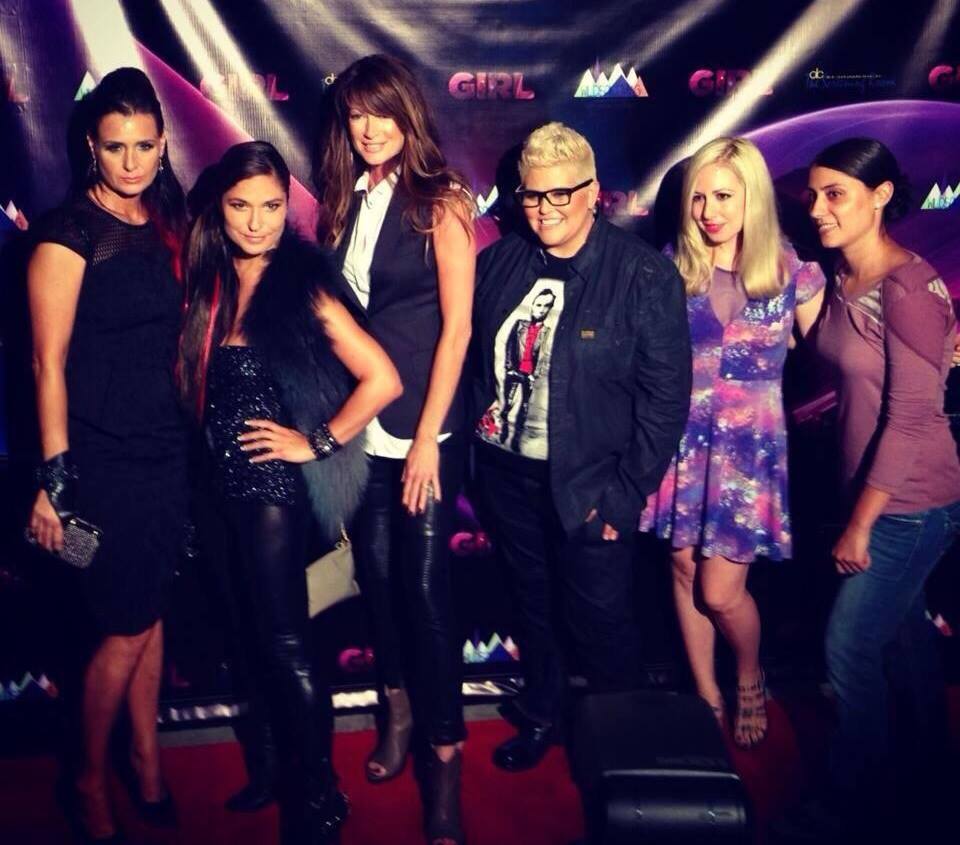 Where do you find inspiration/favorite artists?

Other artists have always been my major source of inspiration. Going to galleries, shows, museums. Instagram. I’m always on the hunt for something some thing to fuel my creativity. Music always works too.

What accomplishments, projects, or pieces that you are most proud of?

At the moment, I’m really proud of my film. It became a very personal story and it took a long time to get to place where I could share it with the world. All my art is work in progress. So all these pieces I’ve been working on for years have been marinating, so to speak. Now they are like orphans to me that need new homes. Past art projects? Any pieces shown in Venice?

I’ve had solo exhibits in pop ups on Abbot Kinney Blvd. and at the Gallery in Venice.

Go for your dreams. Teach yourself what ever you need to learn. There is no right way to make art you just have to do it.

“Luck is what happens when preparation meets opportunity” 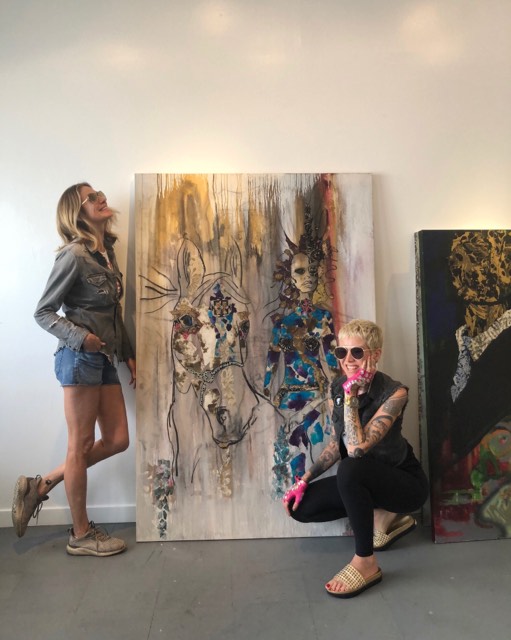 I’ve been heavily influenced by foreign films. One of my favorite french film’s is “Betty Blue”.

Meditate. It’s a struggle for me but I know it’s the answer.

Bucket list: I’d really like to paint a mural. I think street art is so cool and such a great way to share good vibes with the community. And I’d like to go to Vietnam.

Honestly, there have been more than a few great times at the Brig, Wabi Sabi and the Other Room.

I’ve been so fortunate to be able to live in Venice, raise my son here, cultivate my art and work. It’s a magical place.

HOW DOES ONE FIND YOU?