1972, Founder & Artistic Director of the Boston Repertory Theatre, also member of the permanent acting company of the only true rep company in the US. 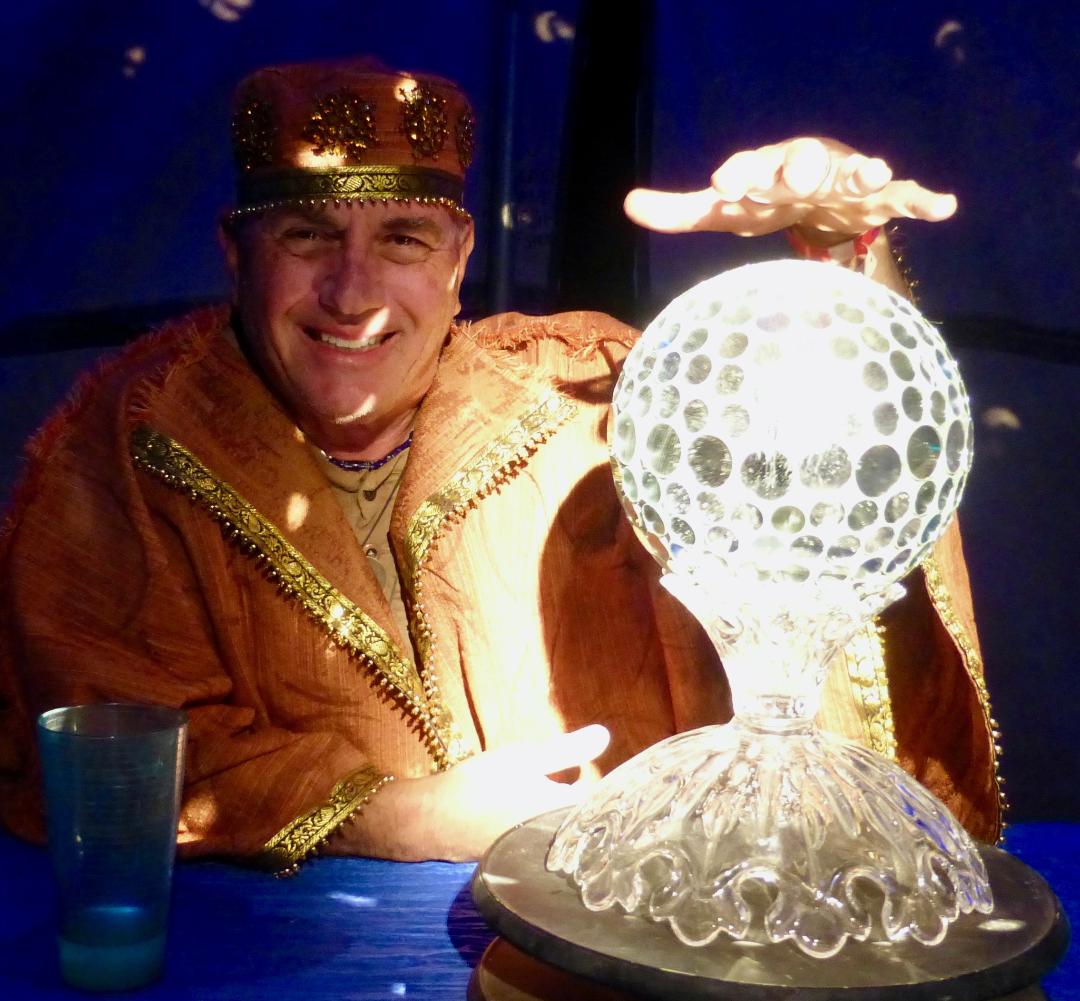 Tell us about your art/medium?  I am a producer, director, and designer.  I have worked in theatre, opera, ballets, circus, casinos, festivals, television and film. 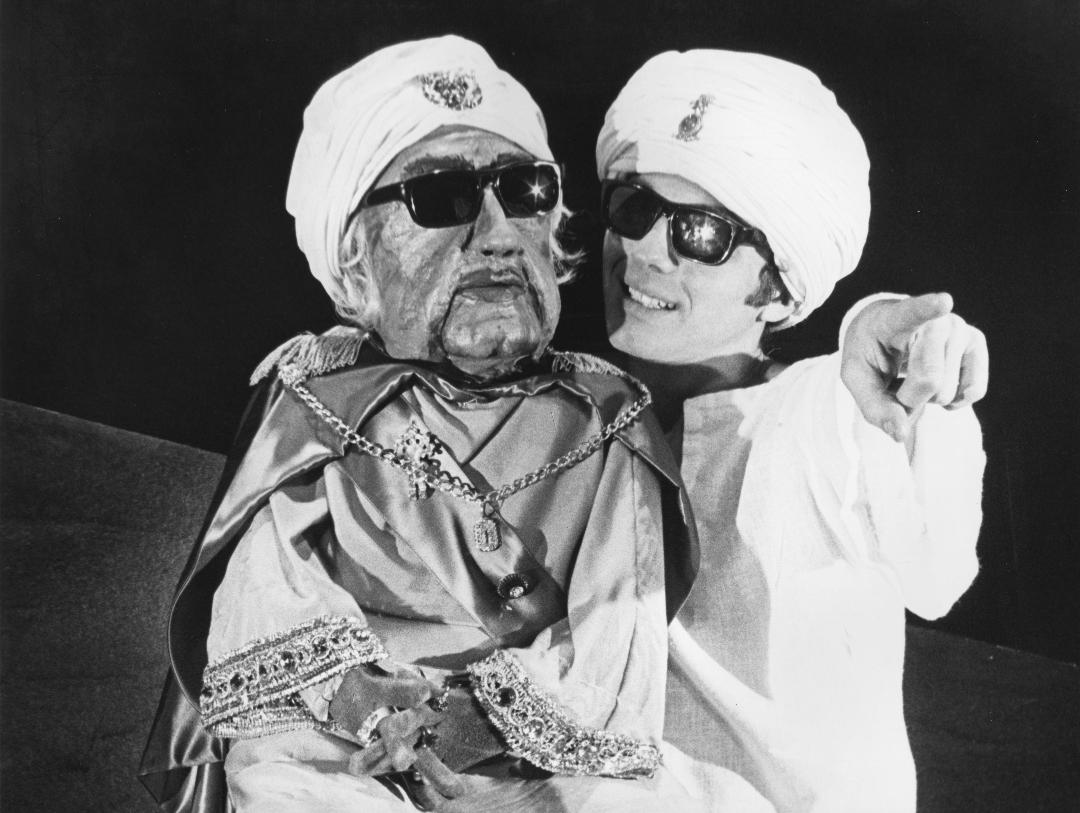 How many years, and how did you get into it?  Since 1970 when I was hired by famed Opera Director, Sarah Caldwell in Boston. I eventually became the Associate Director of the Company with her and the Production Administrator handling the creation of sets, costumes, lighting, and effects for 40 major operas including the US premiere of War & Peace by Prokofiev, Glinka’s Russlan and Ludmilla, Michael Tippet’s The Ice Break, and first uncut performance of Berlioz’s epic The Trojans. With Sarah’s help I founded the Boston Repertory Theatre that became the largest local theatre company and built the first new playhouse in the Boston theatre district in four decades.

Describe your style:  Eclectic and innovative. Like to feature the combination and contrast of incongruous elements.

What would you say has had the largest impact upon your particular style?  Opera and Circus. 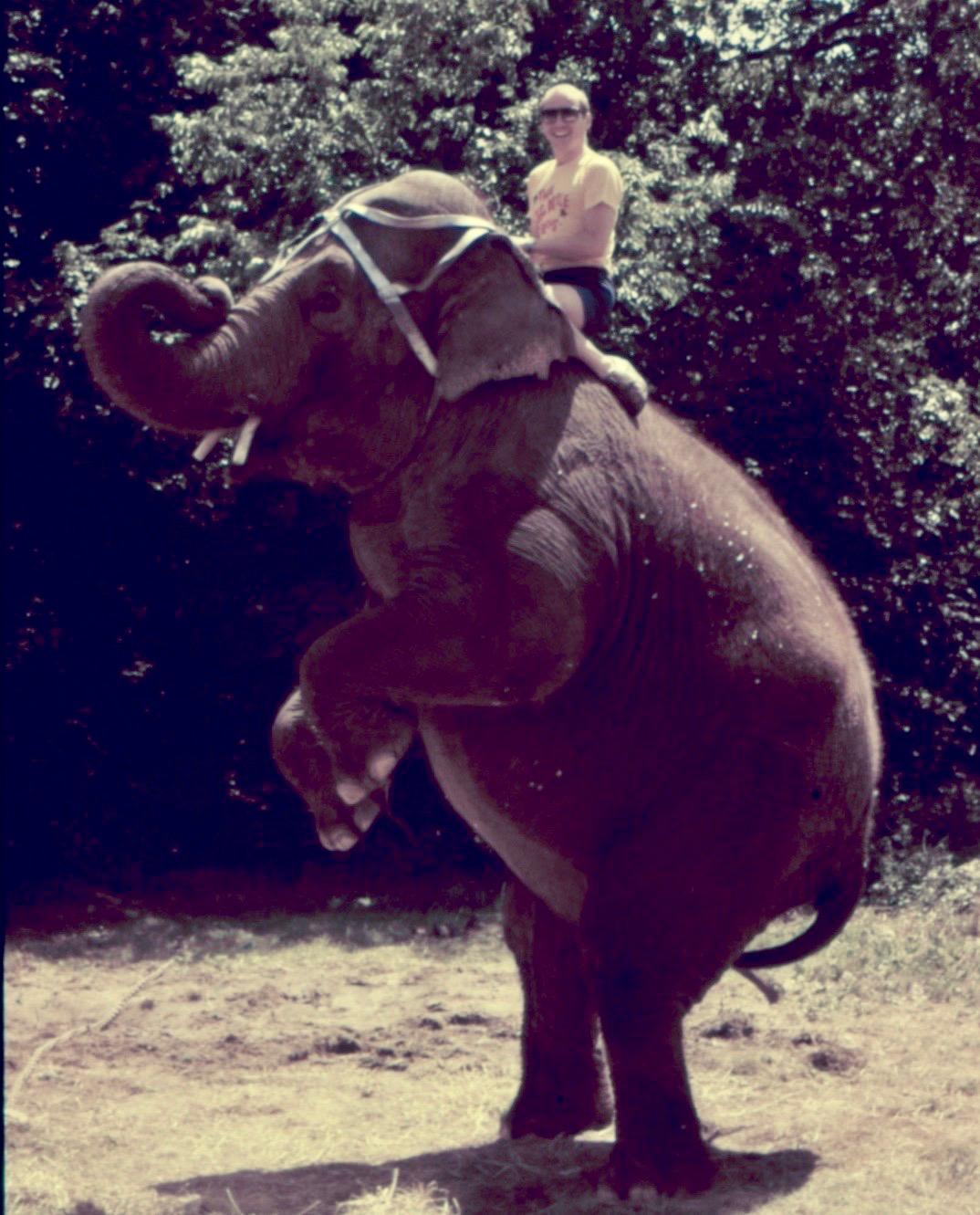 What projects are you currently working on?  I am writing a play, The Madwoman of Venice Beach that I plan to stage and then shoot as a movie here in Venice.

What accomplishments, projects, or pieces that you are most proud of?

GET TO KNOW YOU QUESTIONS:

Where do you find inspiration from?  Natural patterns.

What brings you to the arts and how has it helped your life?  The arts have been my focus and career for my entire life. Even as a child I went to the Akron Art Instute for lessons every Saturday.

Among the many artists who’ve created here in Venice, who are your favorites?  Ed Moses, Robert Graham.

Past art projects? Any pieces shown in Venice?  I created the Deco style stars that decorated Abbot Kinney for over five years.

Finish off the statement “Art is… life.”

What advice would you give someone starting out in your field?  Work. Take any job in or around your field. You never know where it will lead. I had no intention of working in Opera, had never seen an opera but took a job creating props for a large opera company and ending up helping to run it in two years. 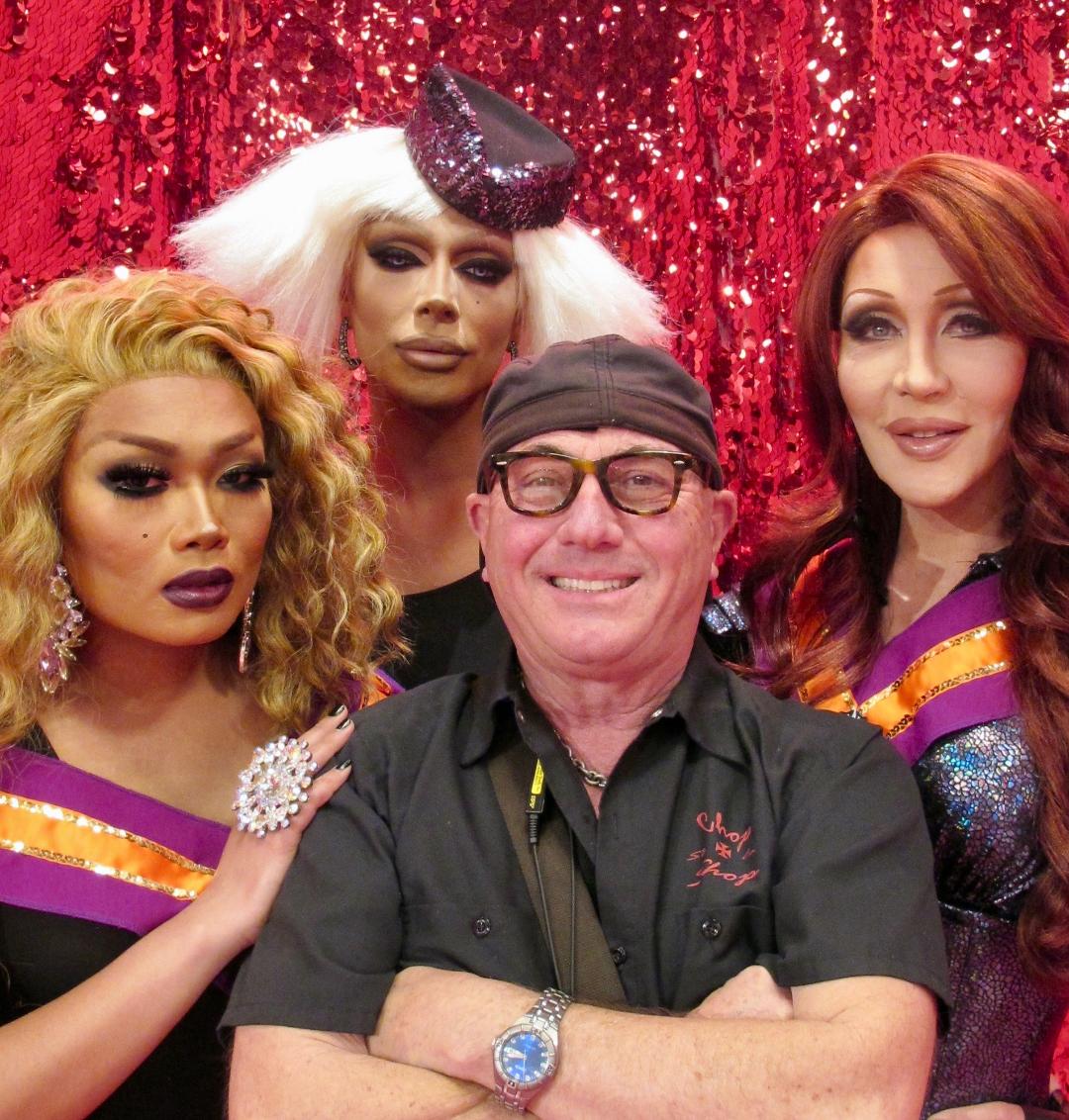 Esquire with the cast of RuPaul’s Drag U. Photo courtesy of Esquire Jauchem

Favorite affirmation, mantra, or quote:  No assumptions, no presumptions.

What causes do you support?  Burning Man via the Los Angeles League of Arts, I am president of the Board.

What’s one thing we can do to make the world a better place?  Love each other. 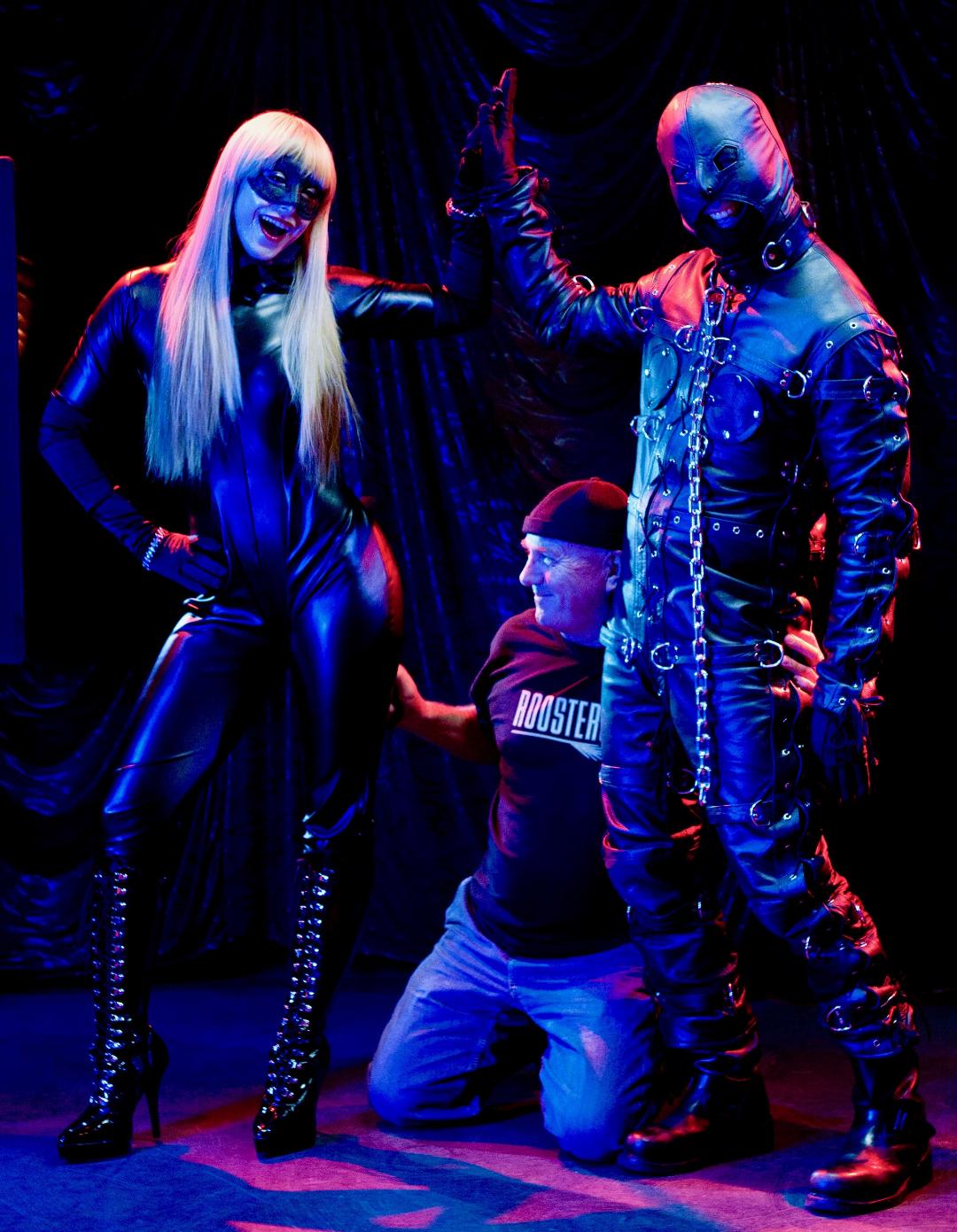 SQ in the set of the movie he produced and directed, BONDAGE with stars Paige Davis (Trading Places) and Ryan Yu. Photo courtesy of Esquire Jauchem

Anything else you want to share about yourself to the world?  Fun facts or accomplishments:  I designed the lighting and scenery for the Dalai Lama the night he won the Nobel Peace Prize. 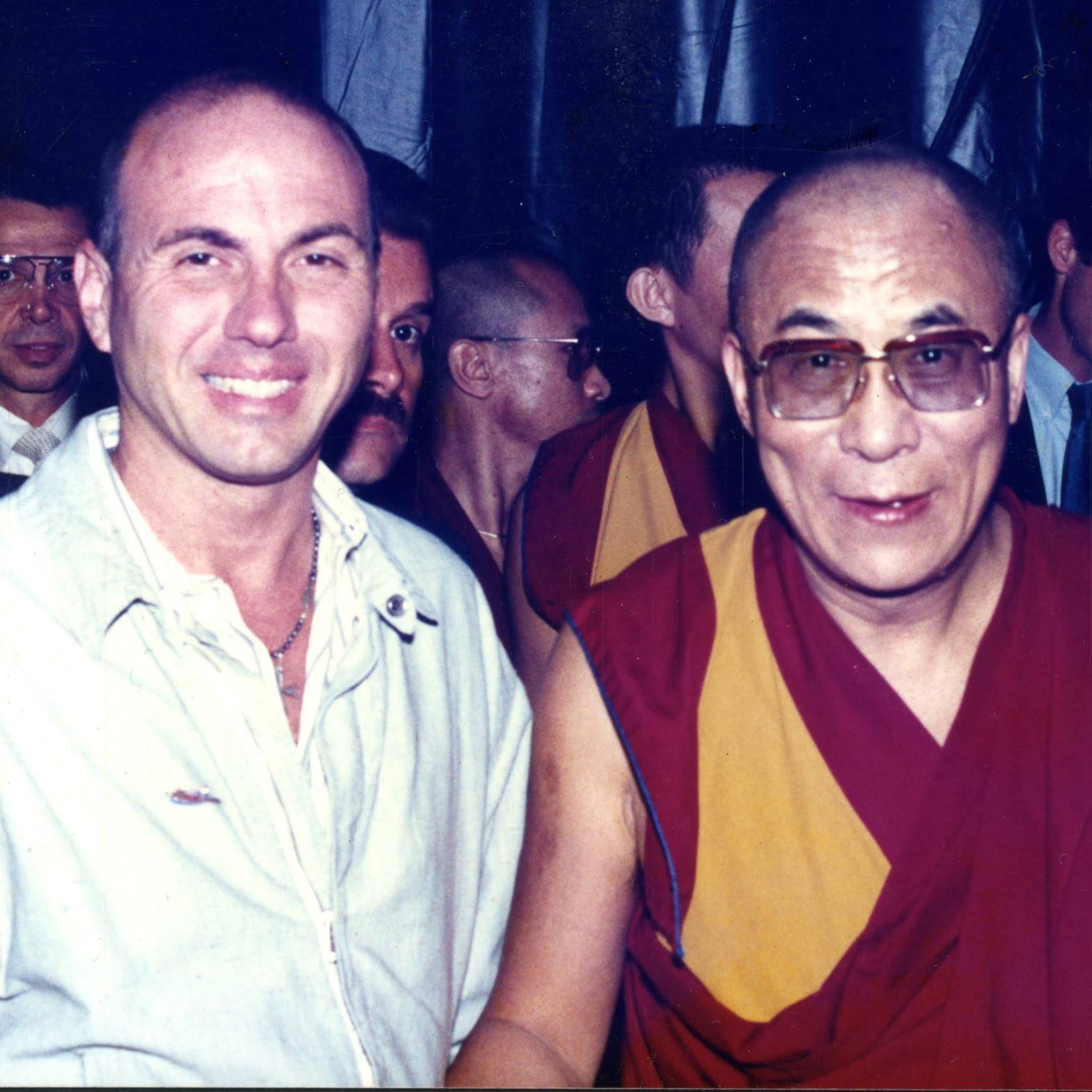 Esquire with the Dalai.  Photo courtesy of Esquire Jauchem

Describe your perfect day in Venice:  Coffee at the Beach, work in my garden, happy hour at one of our great restaurants.

What Venice places would you take a visiting artist friend? 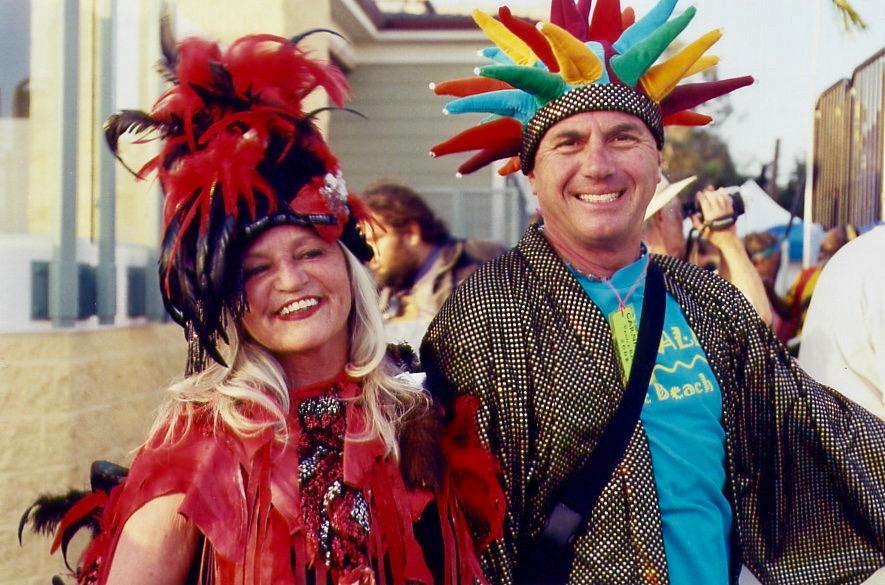 What is your craziest or fondest Venice experience?  Watching the passing show at a beach cafe on the Boardwalk.

Anything else about Venice that you would like to say?  Best beach in any major city in the world (that I have seen, and I travel a lot). 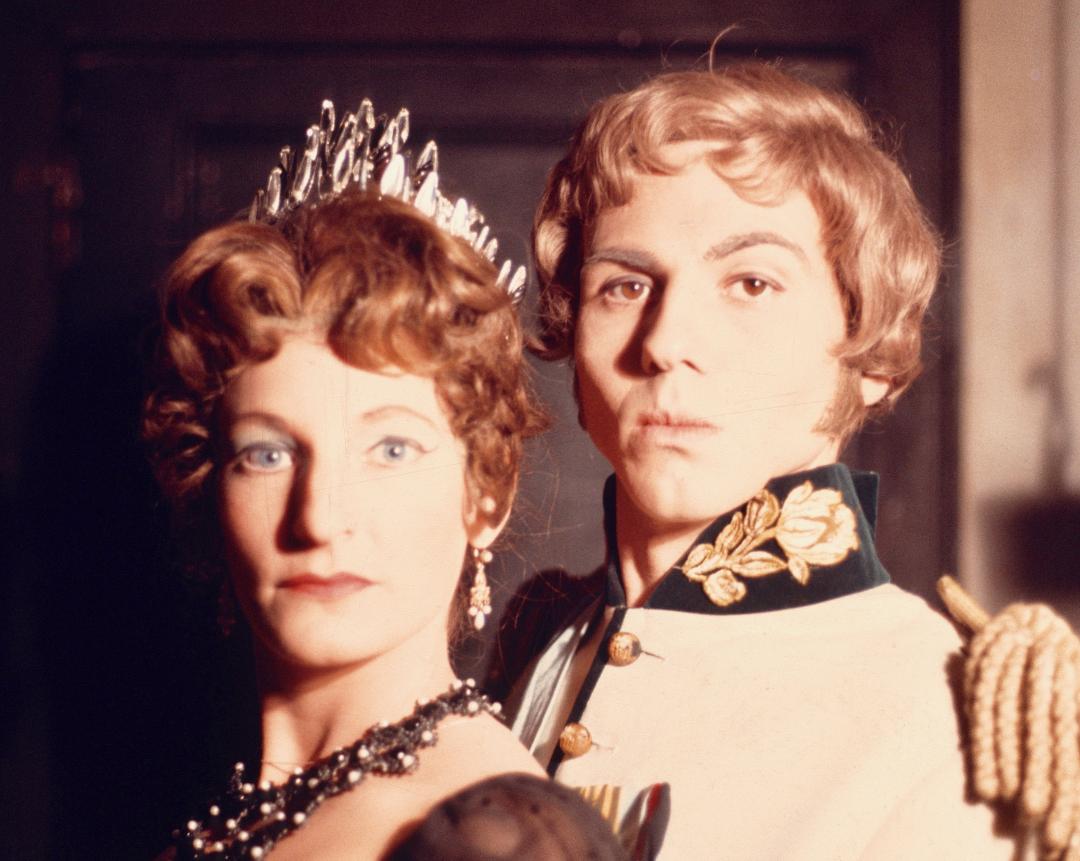 Esquire as Czar Nicholas II with his mistress (Virginia Feingold) in the American Premiere of the opera War and Peace by Prokofiev, Opera Company of Boston