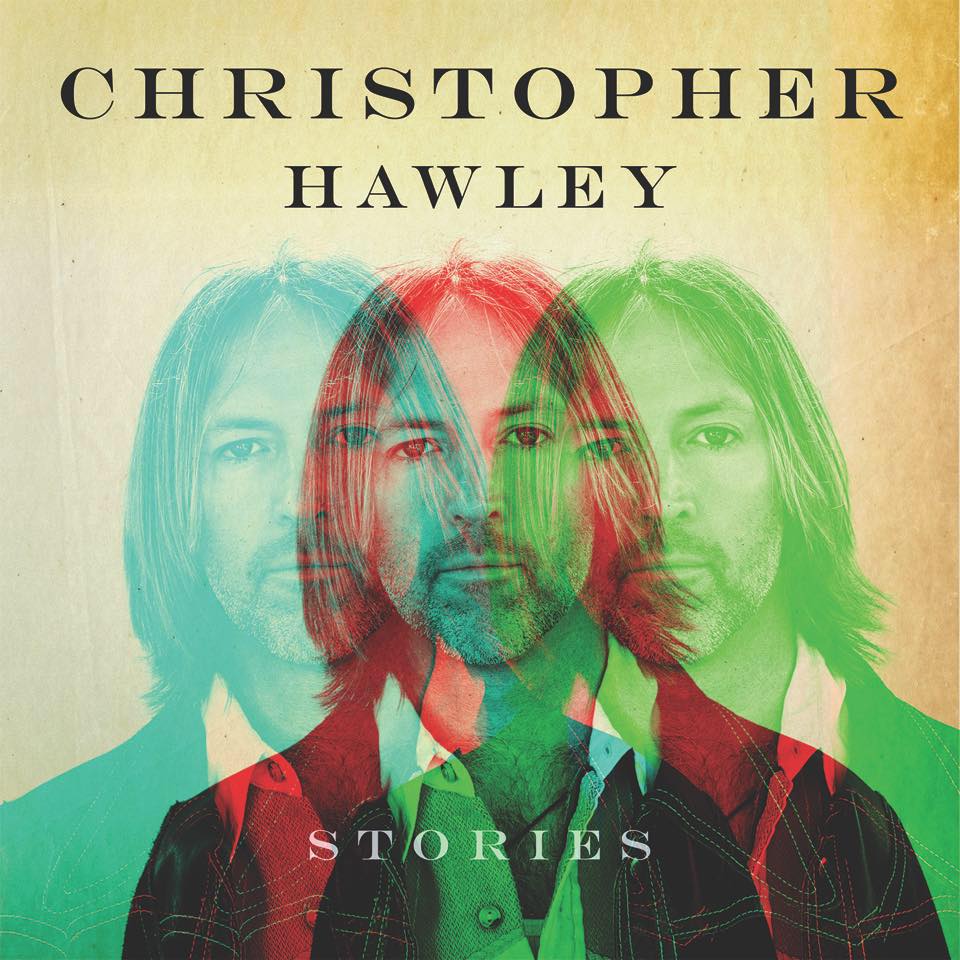 How many years have you been a musician, and how did you get into it?  I started playing guitar when I was 12 and began to write songs soon after that. I had been singing in the church choir prior to that.

Tell us about your music/band:  Music can be an agent of change. It’s also an element that brings people together. I want to bring as many people together as possible through music, to be the change that allows us to continue to understand one another and understand how connected we actually are to each other and to this planet.

I’ve been a hired lead guitarist in multiple projects over the years, and so, when accompanied by a band, rather than using only my own name, we’re called The Christopher Hawley Rollers, mostly to acknowledge that it’s not just the frontman on stage. 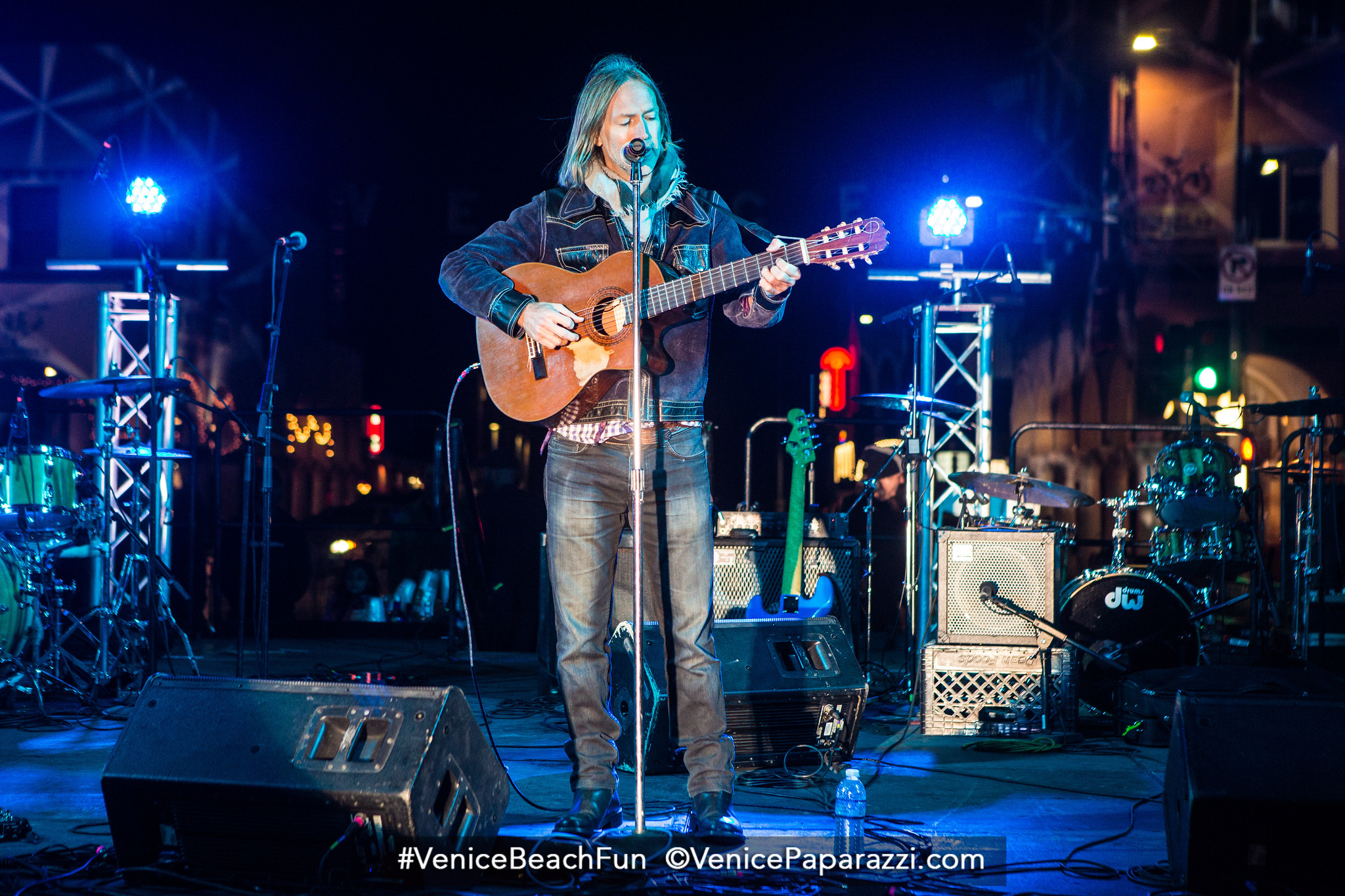 We’ve released eight albums, numerous music videos, and held residencies at LA venues for over 10 years. Since the turn of the century, The Rollers have regularly toured the Intermountain West and performed throughout the US, everywhere from LA’s Greek Theatre to the dive in your hometown, parts of Costa Rica, Hawaii, Europe, Brazil, and Mexico. I’ve appeared both solo and with the Hawley Rollers at festivals such as Wanderlust, Lucidity, Topanga Days, and Hempapalooza. One year we were hired to be the band at at least one wedding per month, by couples who wanted my original songs played at their reception, and we continue to enjoy a 100% rate of couples staying together when we’ve performed at their wedding.
. 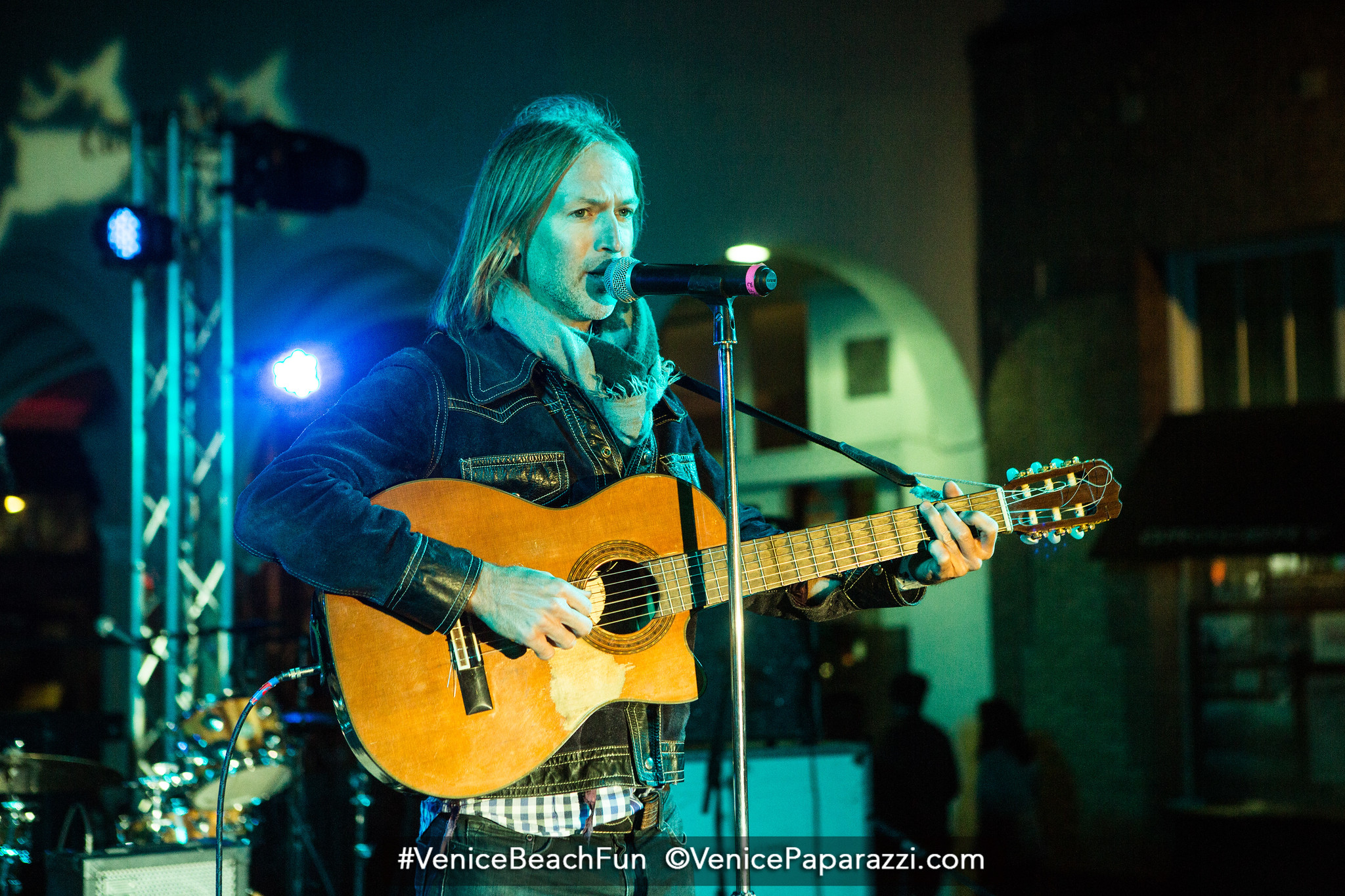 Your job in the band:  Guitarist and singer songwriter.

What would you say has had the largest impact upon your particular style? Hearing songs and guitarists that I love and aspiring to create music that resonates in others that way.

What projects are your currently working on?  Just finished producing the Folk-n-Soak Music/Hot Springs/Yoga/Camping Festival. Now I’m working on some new songs at Studio West. 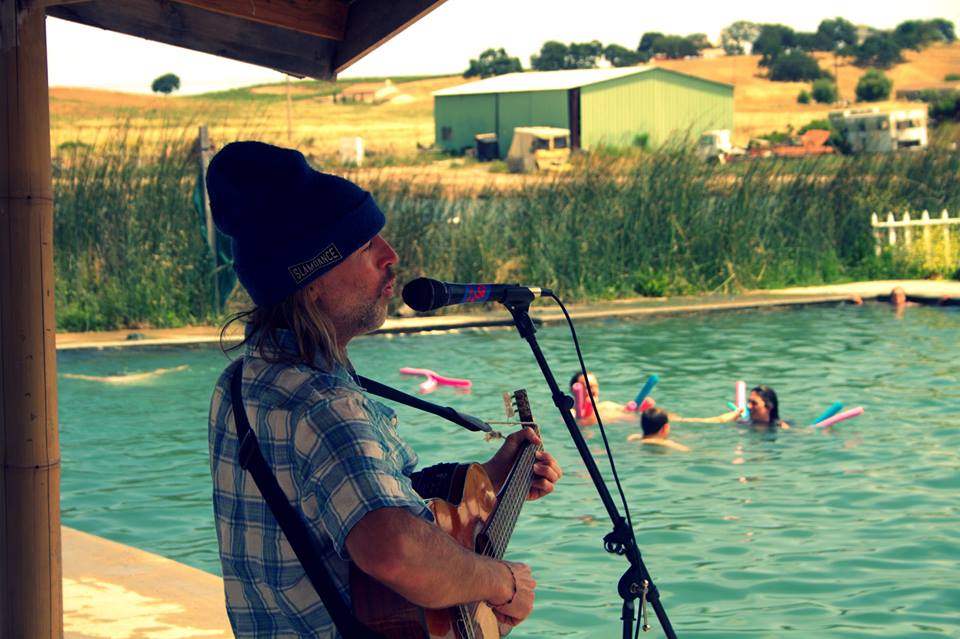 What advice would you give someone starting out in your field.  Don’t stop writing.  Copyright your work.

What causes do you support?  Environmental, animal rights, and most social justice issues. 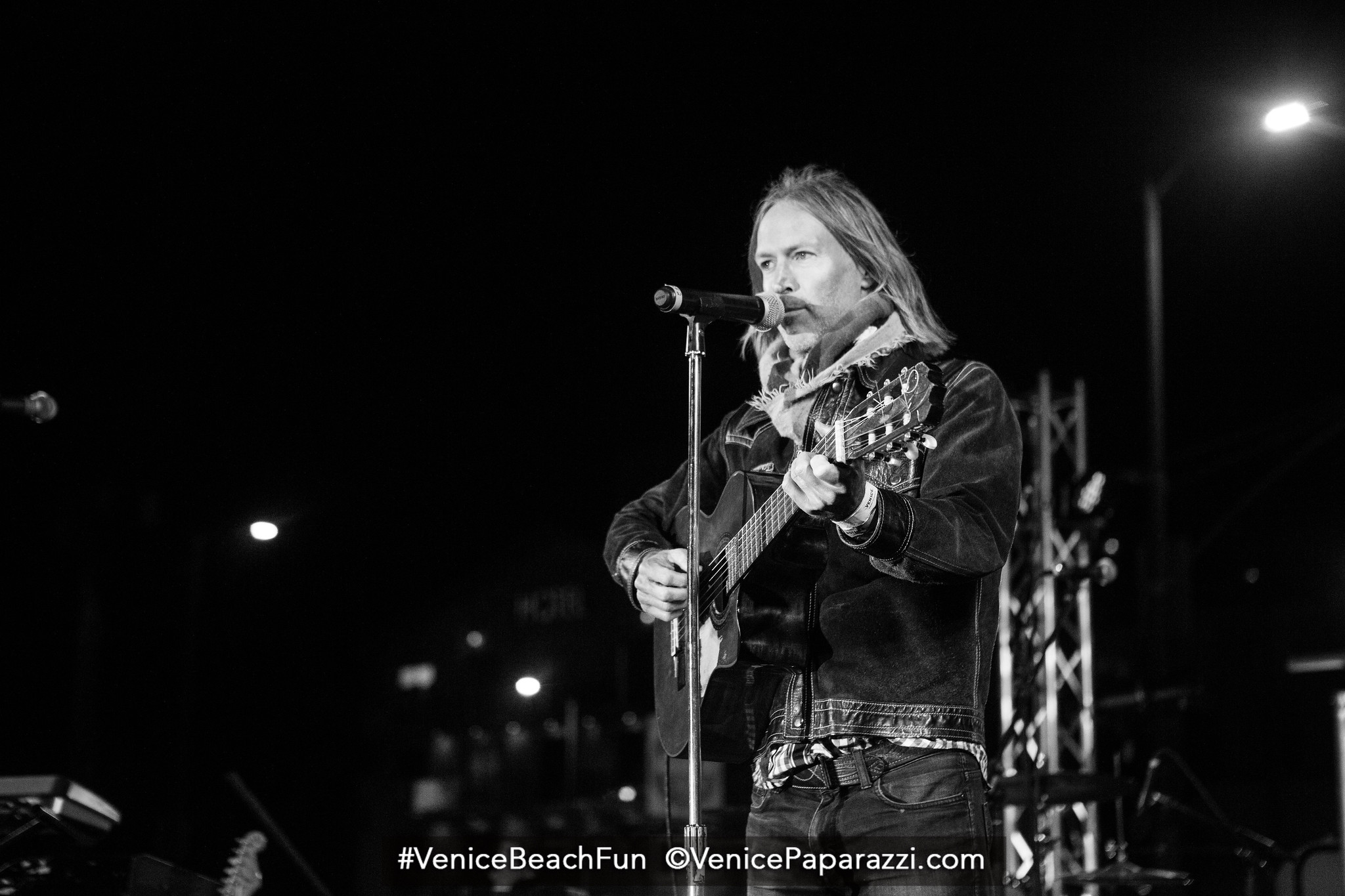 Favorite affirmation, mantra, or quote. Love your neighbor as yourself.

Finish off the statement “Music is…Love.”

What’s one thing we can do to make the world a better place?  Stop eating meat. 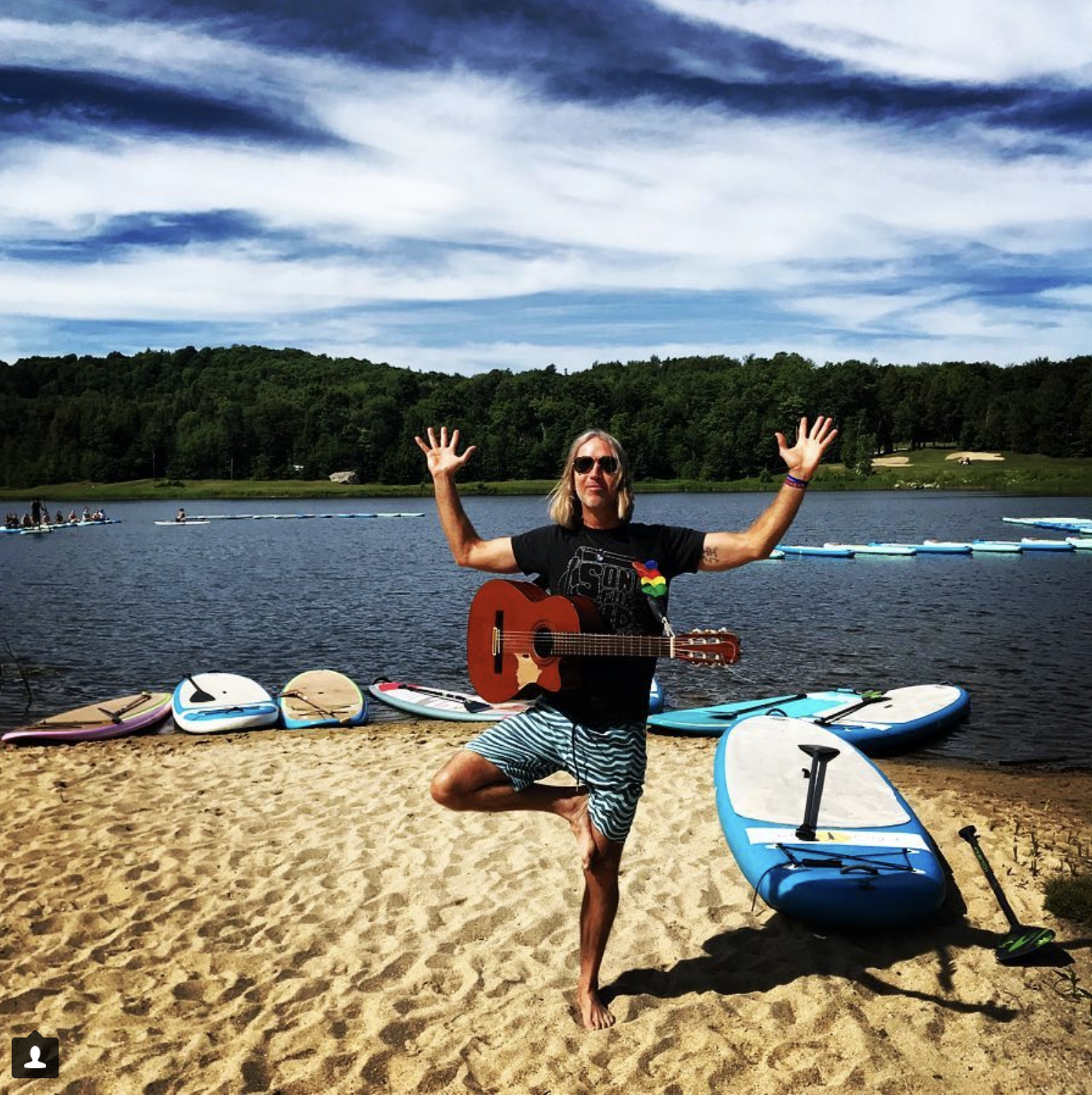 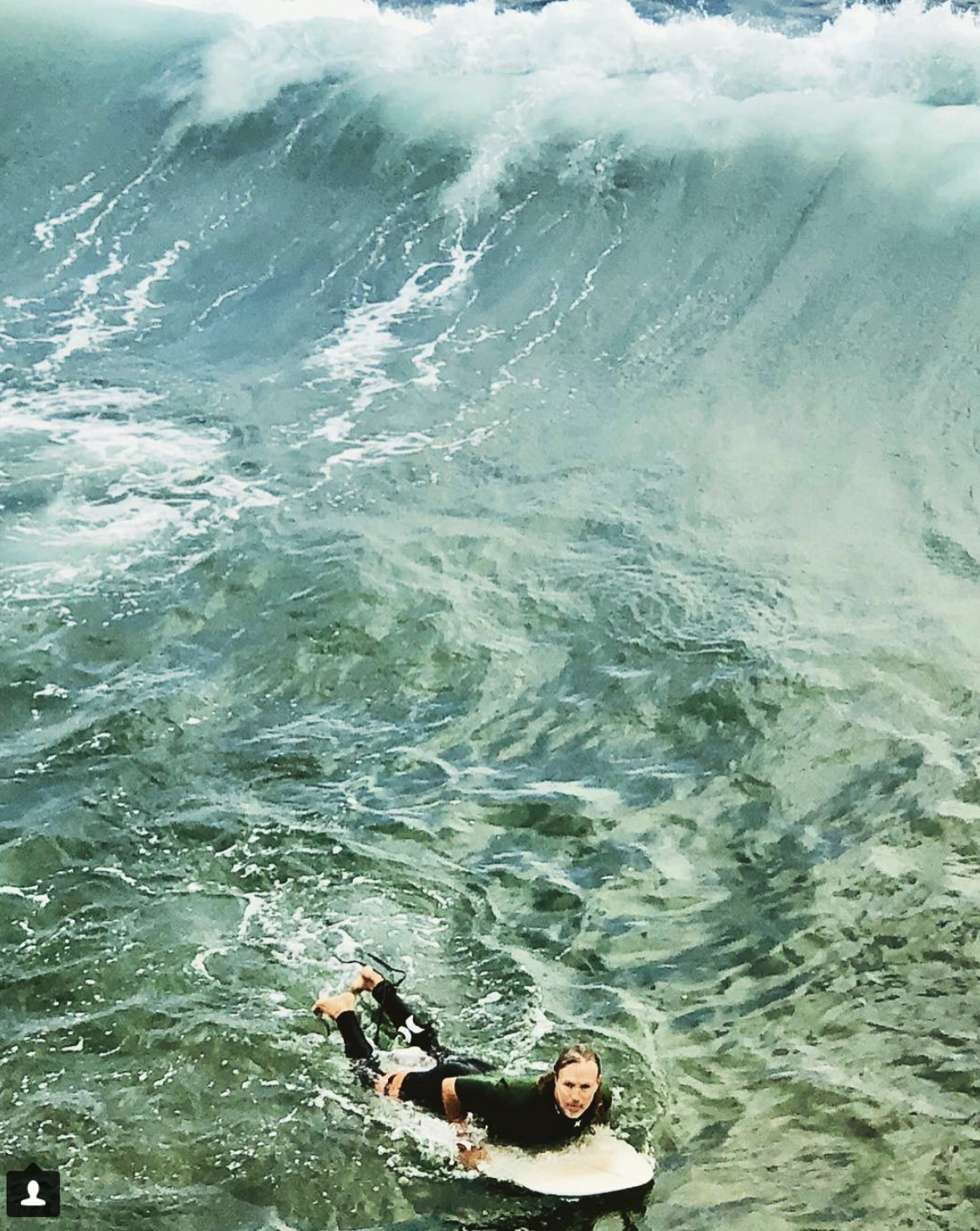 List any of your favorite Venice businesses, event(s) or activities?  Too many to list but… Bank of Venice, Hama, Venice Paparazzi, Jay’s Rentals, Maos Kitchen, Fruit Gallery, Townhouse, Surfside,  and Hinano’s.

Who has the best Venice nightlife? Favorite places to watch live music?  Venice is lacking in that department but between Townhouse and Surfside there are some options.

What is your craziest or fondest Venice experience?  Too many… Full moon surf, naked open mic at Abbots Habit, fun shows that might have gotten a little crazy, including the one on my birthday documented on Live at the Stronghold

Any shoutouts or thank you’s?  Surfside, Hinano’s, all the folks who’ve supported our shows over the years, and all of the Rollers. Couldn’t keep this up without you!

Anything else about Venice that you would like to say?  Venice breeds tolerance. Nice place to come home to. Hard to leave and these days hard to stay.

Who should Venice Paparazzi cast the spotlight on next?  Your friend and mine Tom Elliott.