Tell us about your music/band:

16 years ago me and three Venice based musicians started a band called The Gumbo Brothers. Myself on guitar and vocals, Gregory Sonnier bass and vocals, Jon McBride saxophone/keyboards, and Reggie Longware on drums.

Our music was always heavily influenced by the music of south Louisiana, especially New Orleans funk . The initial reason for putting the band together was to perform at the after party at our first Venice Beach Mardi Gras Parade. Therefore, our first set was comprised of New Orleans Mardi Gras songs, Cajun songs and other funky dance covers. The following year the band released it’s first EP of original music entitled “Ass Shakin’ Funk,” followed by two full length albums of original music: Funky Freedom in 2006 and On Fire in 2007. Since the beginning, the band has performed relentlessly around town at night clubs, bars and parties. We have performed on the Santa Monica Pier’s Twilight Dance Series concert and headlined the Hollywood and Highland Summer Concert. 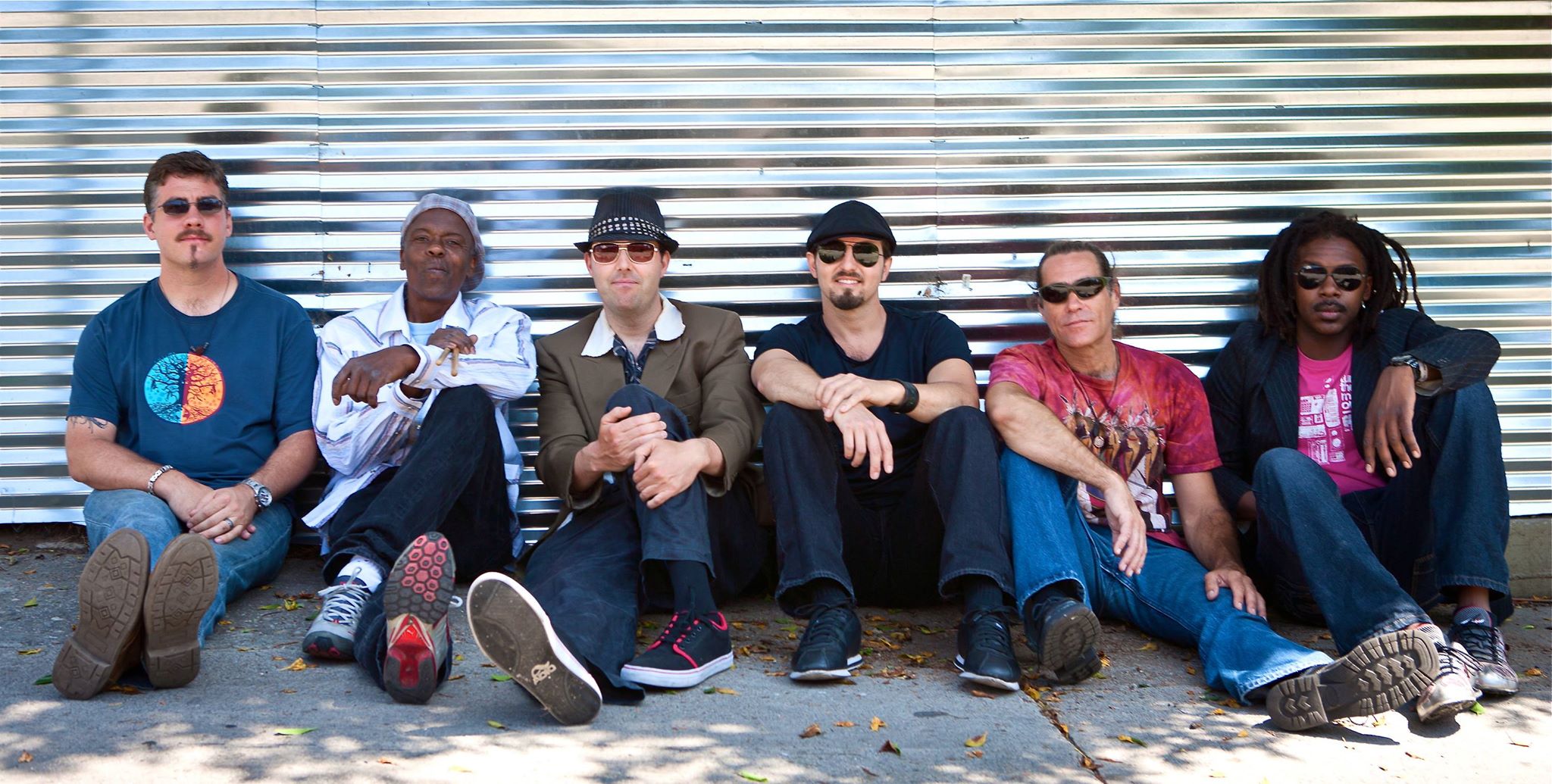 The band has also made appearances on TV, performing original Gumbo Brothers music, including the show NCIS. In 2013 we traveled to Chiangmai, Thailand to perform at the Lanna World Music Festival. In 2017, we released a single entitled ”Summertime,” produced by Venice based producer Andy Kravitz.

I’ve been a musician for over 30 years. I started on the trumpet when I was 10 and then started picking the guitar a couple years later.

The band currently has two new original concept shows mixing hip-hop with traditional New Orleans Jazz .  The D.R.E. Meets Bourbon Street on Fridays at Sassafras in Hollywood and Biggie vs the Big Easy on Saturdays at Black Rabbit Rose in Hollywood.

Performing at the Santa Monica Pier concert. View video below.

Finish off the statement, Music is…

I believe that many of our fellow citizens are already living as good Samaritans and doing their part to make the world beautiful. In my opinion, it’s the powerful world leaders who need to do a better job.  They need to stop funding bloody wars, lying to and poisoning their own citizens, and start treating everyone the way they expect to be treated…but hey.

List any of your favorite Venice businesses, event(s) or activities?

Among the many musicians and bands here in Venice, who are your favorites?

Some of my favorite Venice musicians are Suzy Williams, Gregory Cruz, Lorenzo Pye, Michael Jost, Vinnie Caggiano, Matthew DeMerritt, Miss Jessica,Norwood Fisher, and so many that I’m forgetting to mention.

Photo courtesy of The Gumbo Brothers