Photo courtesy of The Sidewalk Cafe

The Sidewalk Cafe does!

Here is a message from GM Kristen Archival.

We’ve been going through the basement and have found some fantastic historical photos of  Venice!

Most of them were given to us by a couple that met here at the Sidewalk Cafe in 1944, when the cafe was the Venice USO during WWII. They got married and lived on Howland Canal. They were regulars here and would often come for breakfast. Unfortunately they both have passed away.  There names were Bob and Liz Howland-Smith.  Check out the photos below!

Thank you to The Sidewalk Cafe for sharing these wonderful photos with Venice Paparazzi.

About:  The Sidewalk Cafe is “the best place to people watch on Venice Beach” according to New Times Magazine. We have been featured in many movies and commercials as well as in such publications as Sunset Magazine, LA Weekly and many tour books. If you ever wanted to see Venice Beach, California, let us be your front row seat!

A Venice Boardwalk landmark for 42 years, The Sidewalk Cafe offers fresh, high-quality, well-prepared food with generous portions. And all of our soups and sauces are homemade. The outdoor covered patio provides a beautiful view of the beach and ocean while street performers and an eclectic crowd continuously entertain.  1401 Ocean Front Walk.  Venice, California 90291 www.TheSidewalkCafe.com

Check out the following Venice historical photos from the basement of The Sidewalk Cafe. 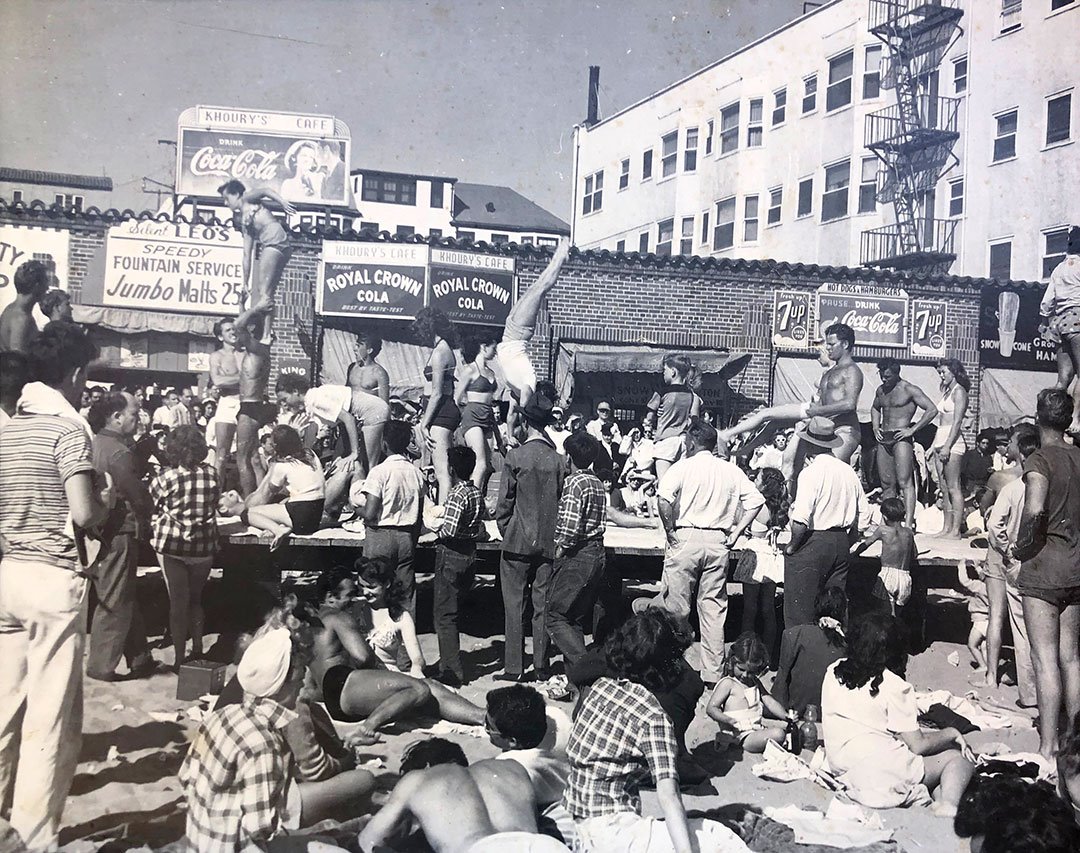 From the basement: Here is what Muscle Beach looked like circa 1949. 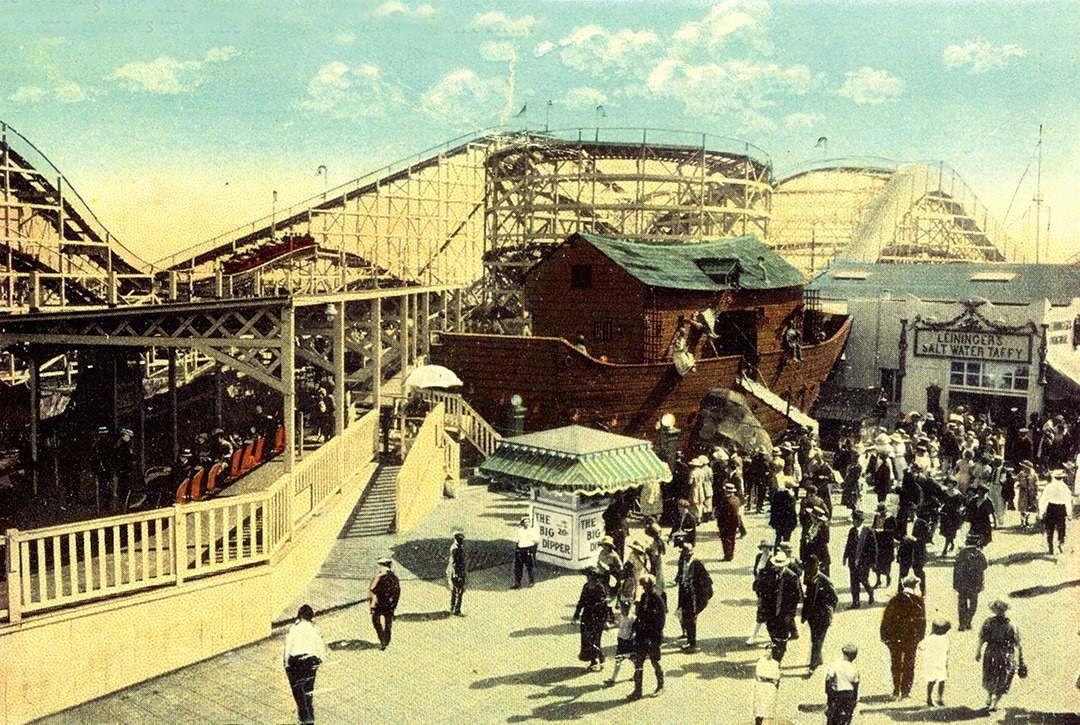 From the basement: Venice was built under the provision that the beach could never be commercialized so Abbot Kinney built the amusement parks of Venice of America over the ocean. Construction of the first park, the Atlantic Pier, began in 1909. 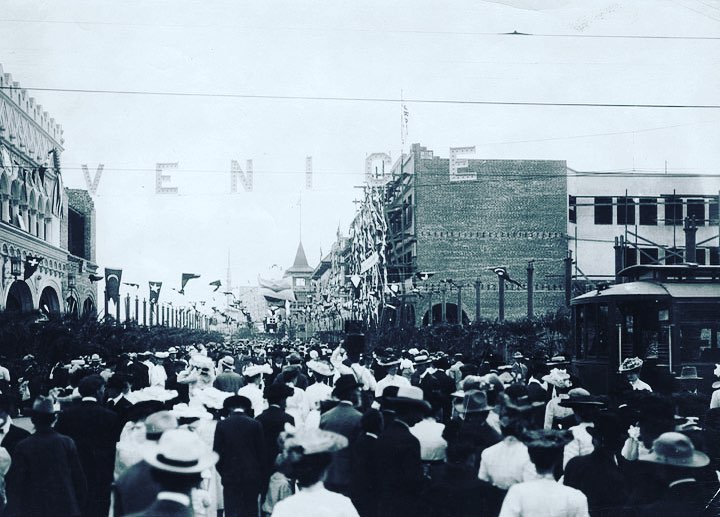 From the Basement: July 4, 1905 the opening of Venice of America. There are wall to wall people filling Windward Avenue all looking and moving toward the ocean. The original “VENICE” sign is strung above their heads over the street in large letters. 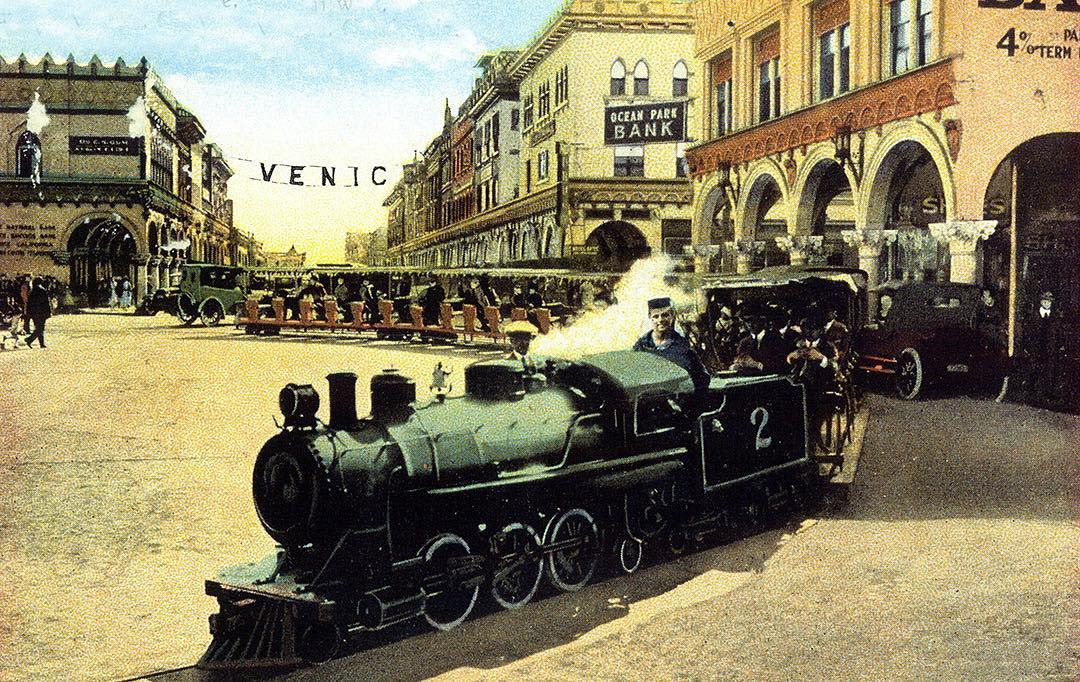 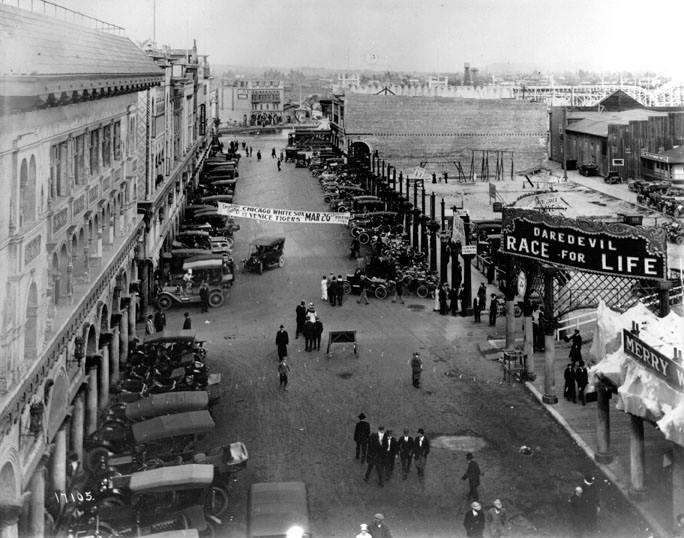 From the basement: Windward Avenue, 1913

Looking inland (east) from a roof at the end of Windward Avenue, one can see the street below and in the distance the lagoon and roller coaster. A banner across the street announces a baseball game between the Chicago White Sox and the Venice Tigers. On the right hand side of the street you can enter attractions such as the Daredevil Race for Life and the Merry Widow. 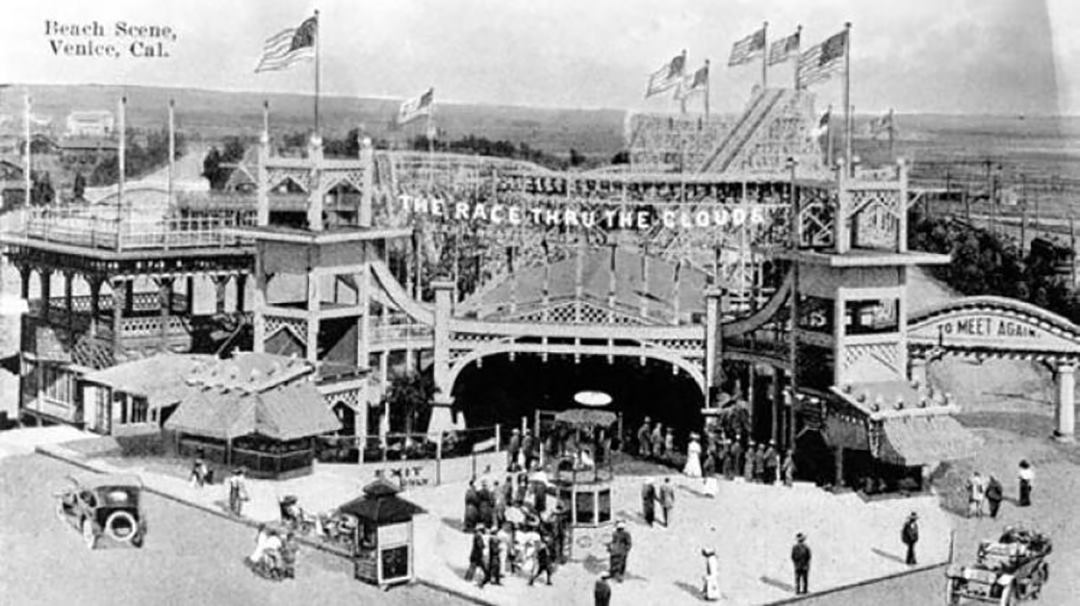 The Race Thru The Clouds opened on July 4, 1911 and was the first racing roller coaster on the West Coast. Its Venice precursor, The Merry Window Waltz, had moveable seats that gave the rider a waltzing effect. This coaster, however, was much faster and included many steep dips. Photo courtesy of Los Angeles Public Library 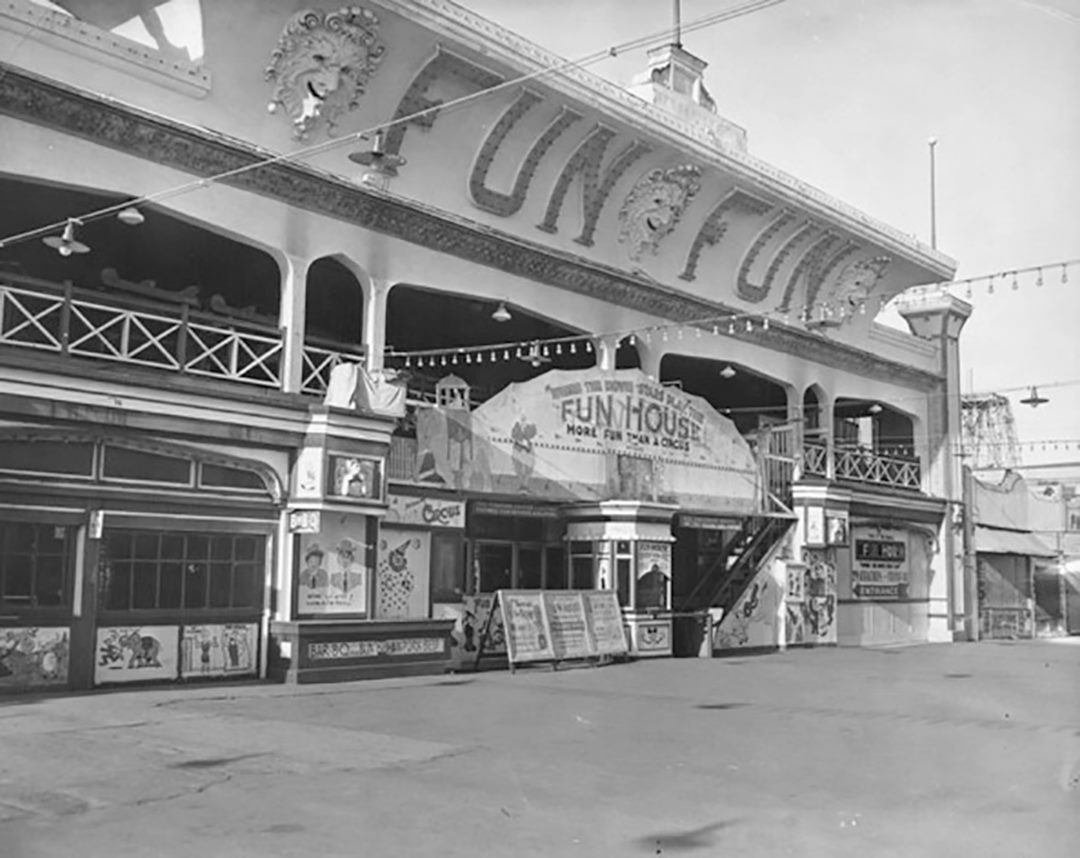 After Coney Island’s Dreamland Amusement Park was destroyed in 1911, Abbot Kinney decided to construct its replica on the pier. Fun House was one of them. Photo courtesy of Los Angeles Public Library.

Dine, play and people watch at the Sidewalk Cafe!

A  full bar, 18  taps,  big screens TV”s for the games  and the best people watching around for the in betweens! 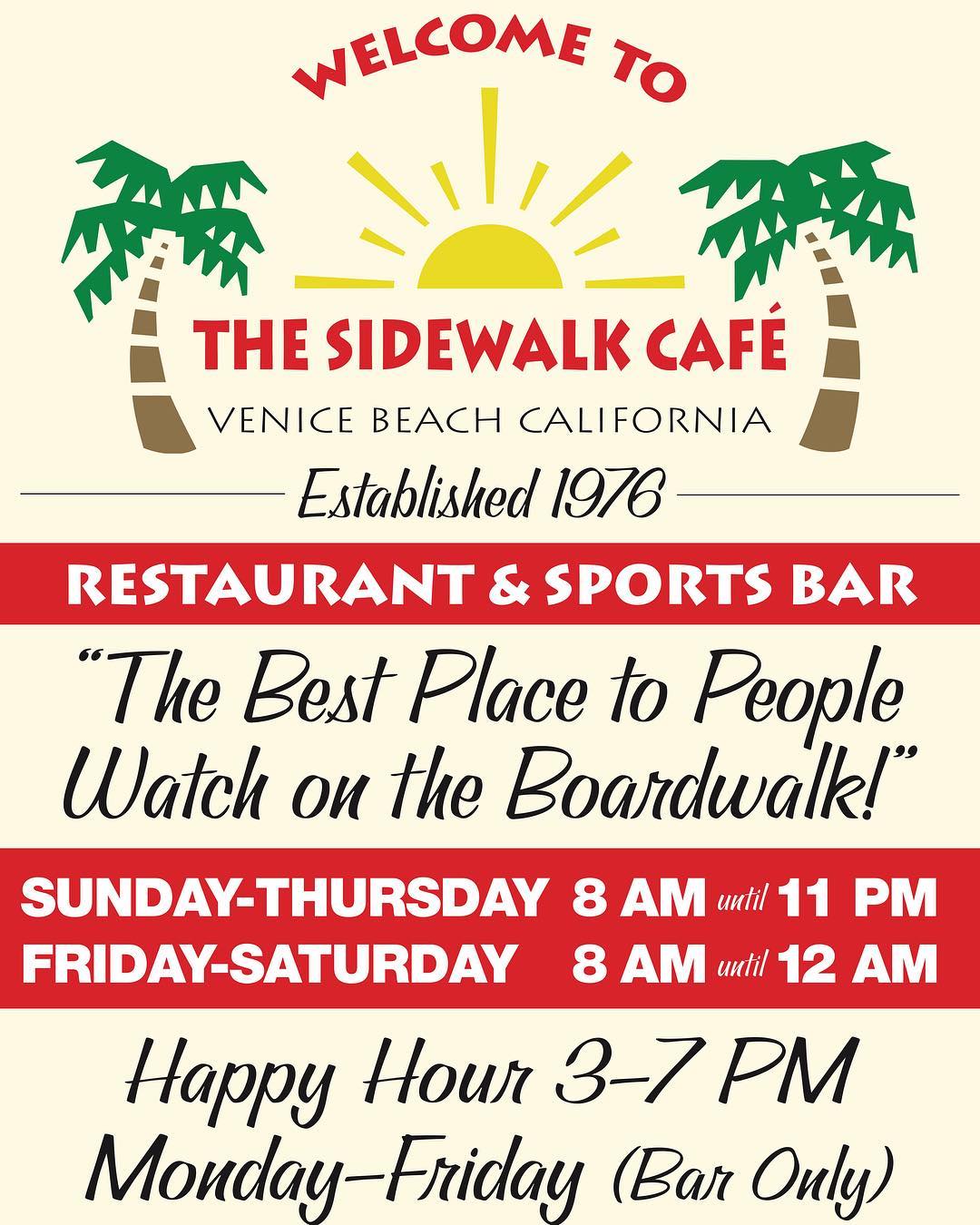 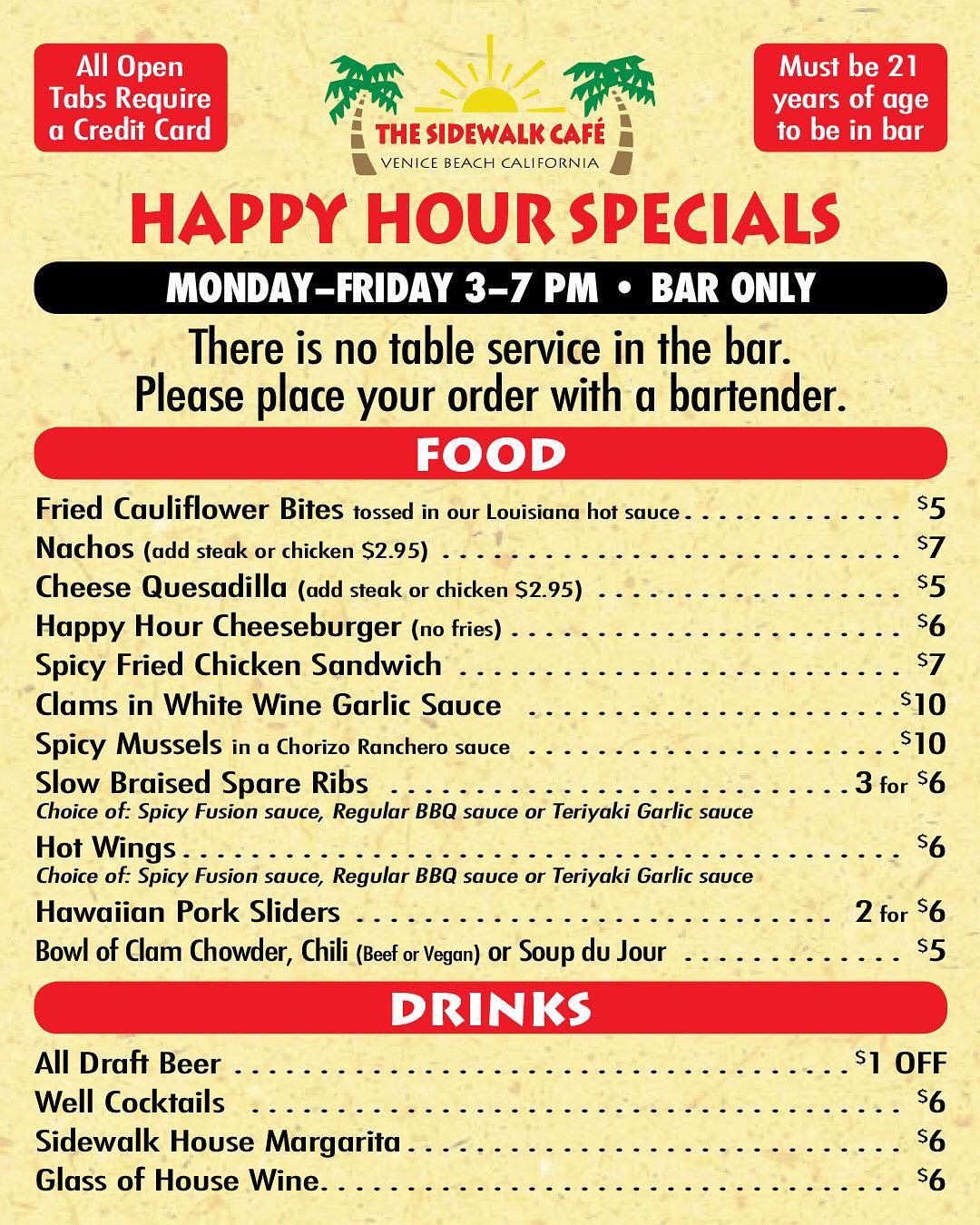 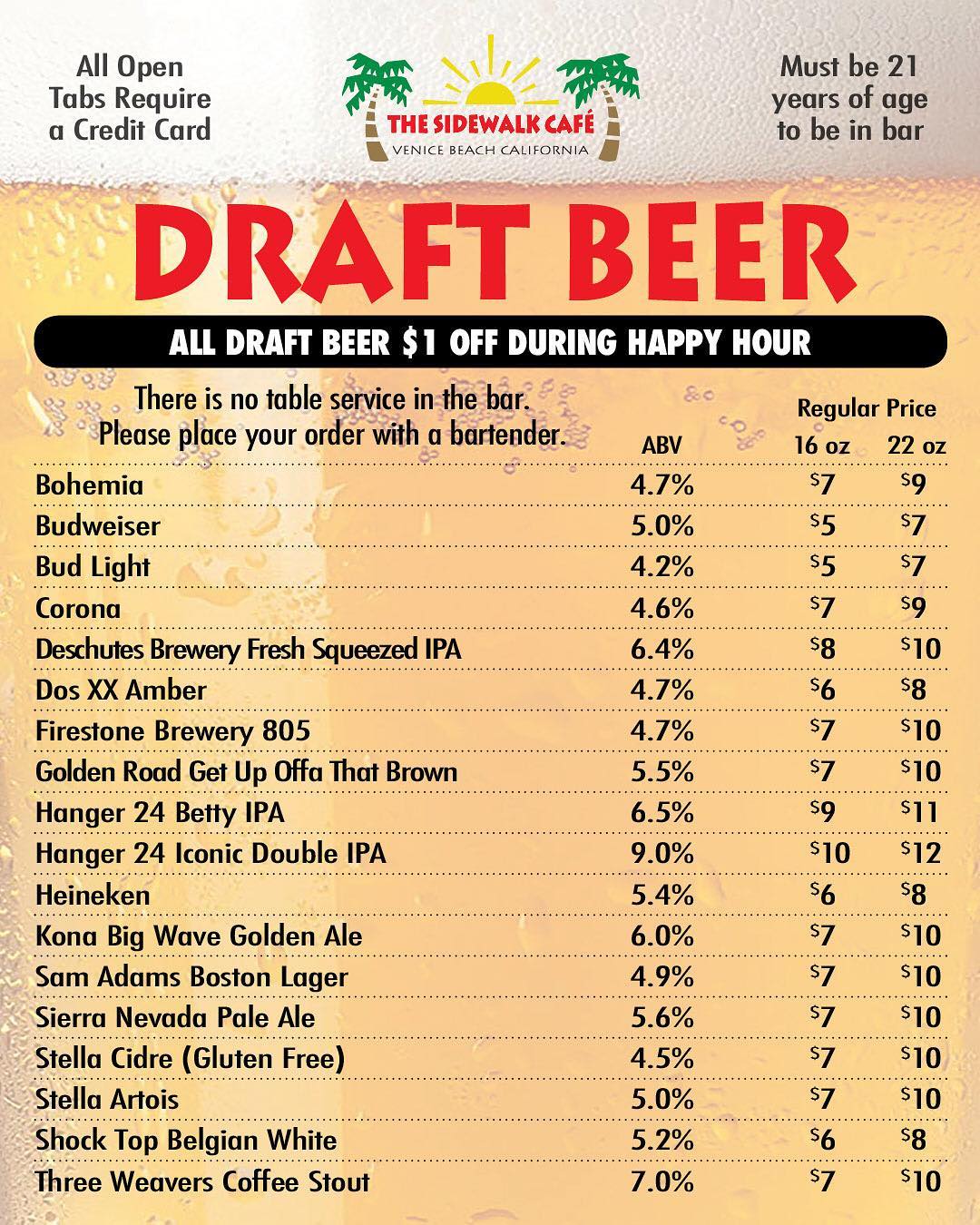 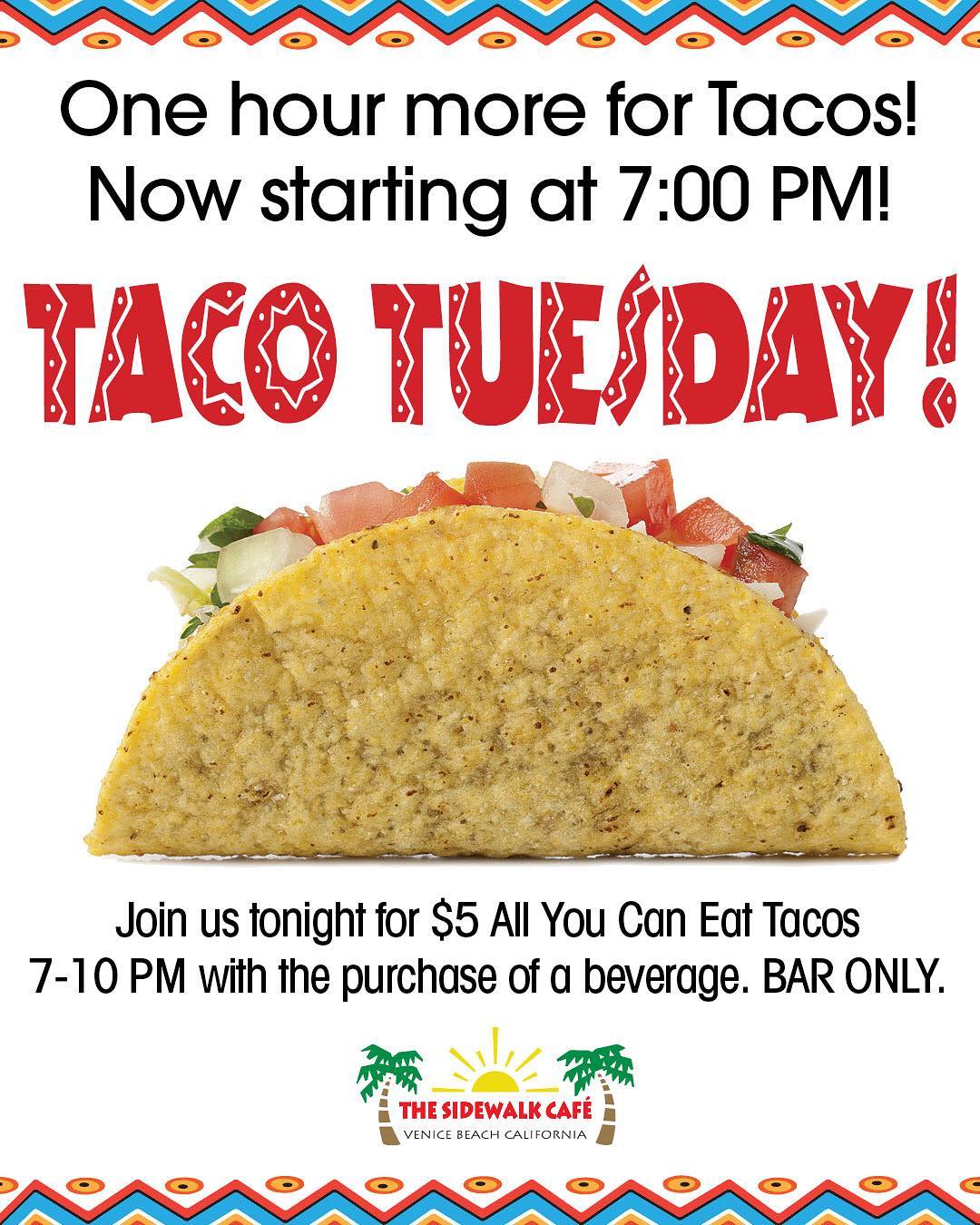