I guess you really can’t write about “history” before it happens. However, it seems like Venice’s 60-foot-tall steel “V-like” sculpture on the beach is destined for the history books. So, since this is probably the last summer it will be around, I thought you might want to know something about it before it is taken down later this year and trucked to Northern California.

This giant piece of art is located on a grassy knoll at the edge of the bike path where Windward Avenue intersects the Boardwalk. It sits right where Venice founder Abbot Kinney’s famous pleasure pier extended out into the ocean. It is called “Declaration” and was originally installed in 2001 to honor the popular “Art Walk” that benefits the Venice Family Clinic. Declaration was only supposed to be on display for six months, but well, time slips away. Almost two decades have passed and “Declaration” has kind of become an emblem of Venice Beach. And that pleases the sculpture’s creator greatly. 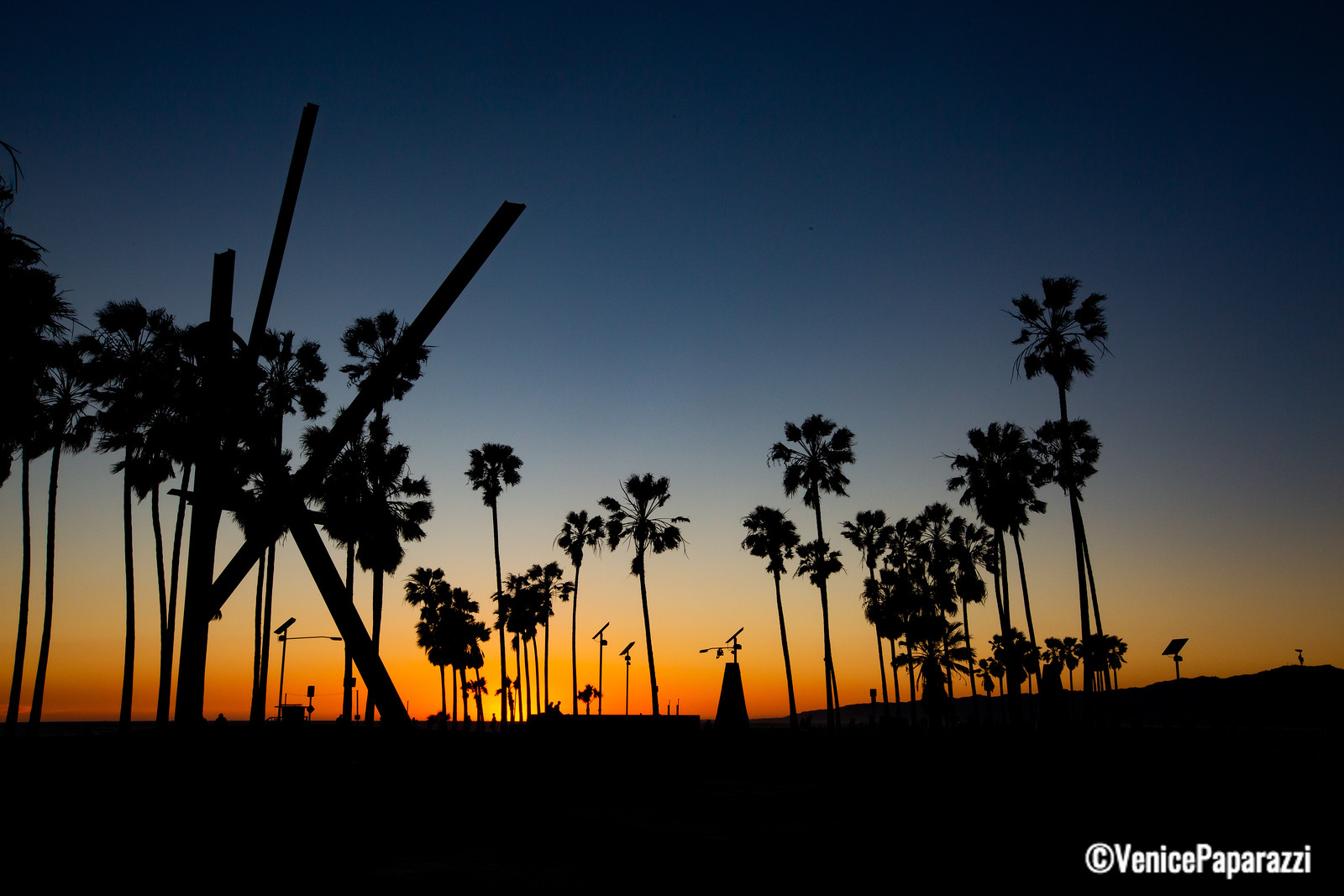 The artist, 85-year old Mark di Suvero, who is world famous for his monumental public works of art, says the people of Venice understand his sculpture’s message of openness and living in the space that is California. Constructed from 25 tons of steel I-beams, the work is said to reference di Suvero’s personal connection to Los Angeles, where he established one of this first studios in the late 1960s. He positioned the work with arms outstretched toward the City. He says that Declaration is meant to embrace the community, welcoming both locals and visitors alike. Di Suvero is quoted as saying, “Declaration has the exact space and openness that I’ve dreamed of–charged by the vastness of the Pacific Ocean and energized by the millions of people that come to visit.”

That’s pretty cool. So what’s up with it being taken down? 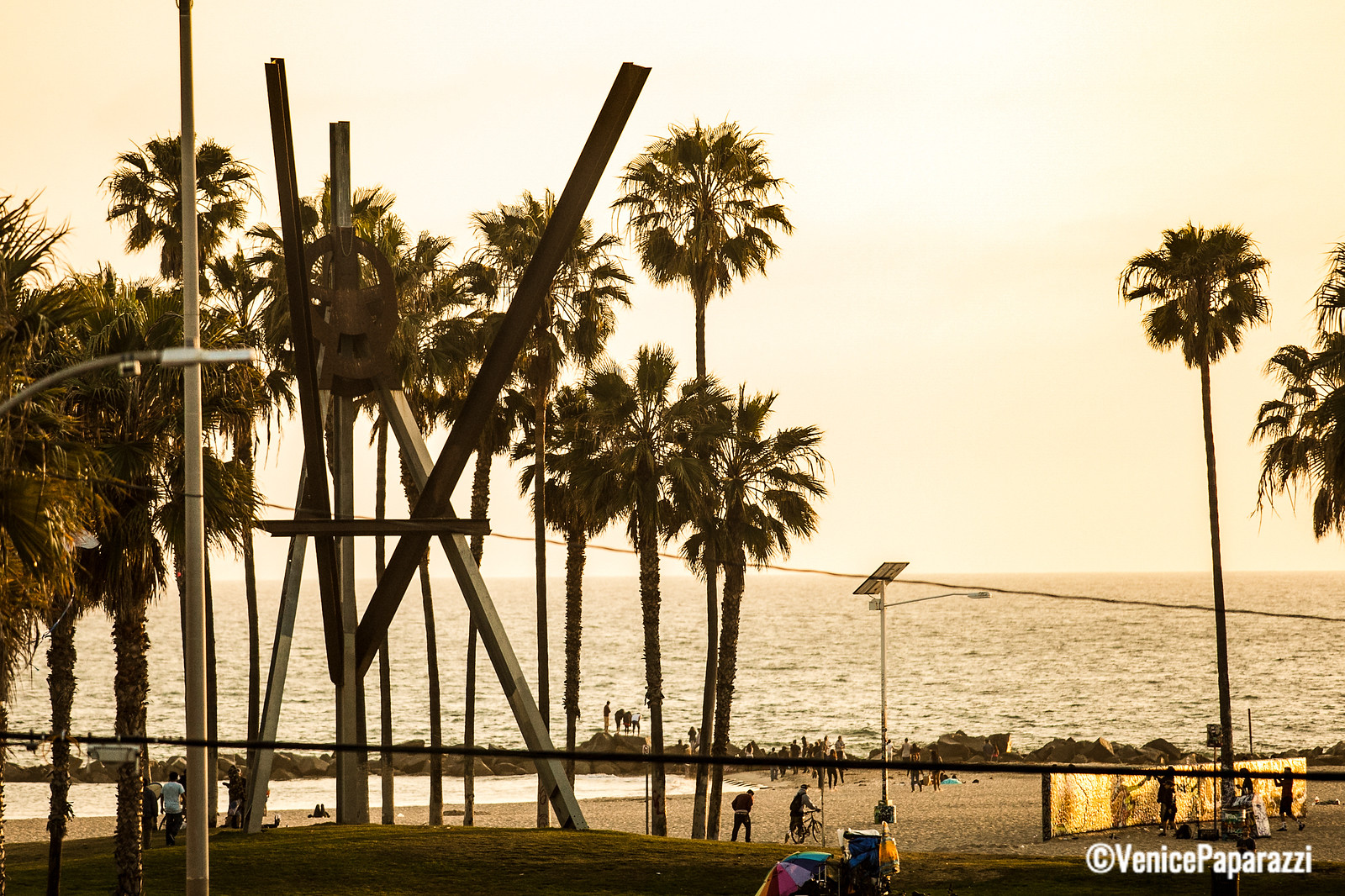 Piecing together press releases and newspaper articles the story goes something like this: Mark di Suvero has never received any money for the sculpture that is said to be worth about $6-million today. The L.A. Louver Gallery in Venice paid for the original installation and for the last 18 years has picked up the tab for maintenance, like repainting after graffiti tagging, and it has paid the insurance to indemnify the City of Los Angeles for possible loss or damage. Now all of that is coming to an end.

According to the New York Times, the founder of L.A. Louver offered the sculpture to City of Los Angeles “on favorable terms” and volunteered to help line up some private donors, but the City would also have to chip in. The newspaper goes on to say that there were numerous discussions with Los Angeles City Councilman, Mike Bonin, who said Venice couldn’t justify spending any money for art when there were so many other needs such as homelessness, public safety and keeping the beach clean. So it appears the landmark is leaving.

So next time you are at Venice Beach you might want to give this art work a second look and maybe take a few “historic” selfies before they dismantle it. Like the sculpture or not, it reminds me of Joni Mitchel’s song lyrics in Big Yellow Taxi, “You don’t know what you’ve got until it is gone!”