Here is a message from Venice Pride!

Dubbed America’s “coolest block” by GQ Magazine in 2012, Abbot Kinney Boulevard is about to get even cooler this Friday, as a community coalition will unveil and dedicate the City of Los Angeles’ first-ever rainbow crosswalk in recognition of the 50th anniversary of the Stonewall Uprising! This event is free and open to the public.

The permanent crossing modeled after those in San Francisco’s Castro District will replace an existing continental crosswalk located in front of Roosterfish, a gay bar that closed in 2016 but reopened last year with support from Venice Pride. 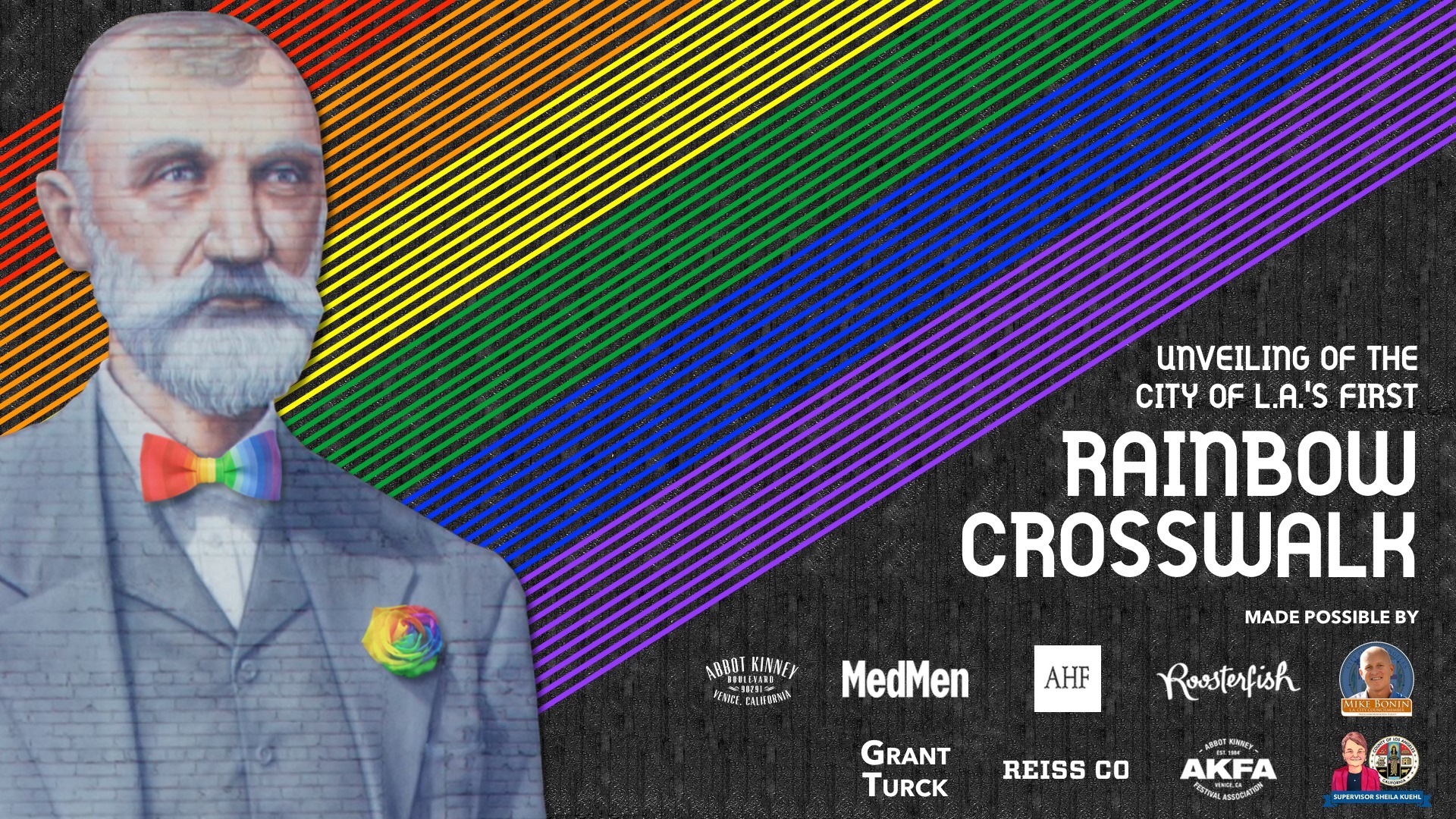