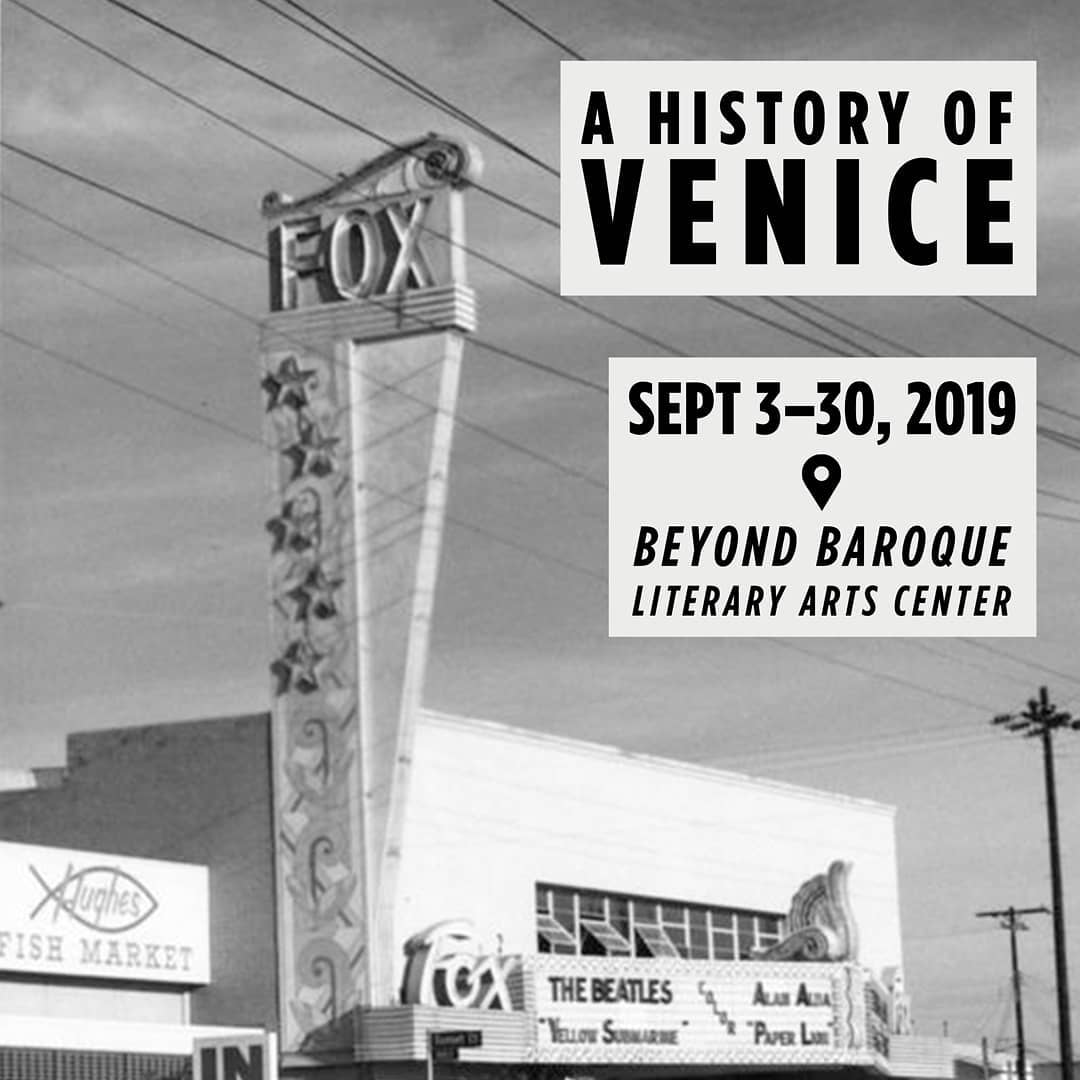 Check out A History of Venice, a multi-media exhibition at Beyond Baroque!

About the “A History of Venice” show:

Venice Institute of Contemporary Art and Venice Heritage Museum present “A History of Venice”, a People/Place/Art/Word/Sound Exhibition opening September 3 at Beyond Baroque in Venice, CA, and continuing through September 30. The lobby and mezzanine galleries will showcase installations that highlight the diverse and influential histories of Venice through the lens of its inhabitants — from the indigenous Tongva population, to the historic Oakwood neighborhood, the Japanese-American community that was forcibly removed from Venice during WWII, Discoteca Batalla where newly-arrived Central Americans and norteamericanos found a second home, the second generation of Dogtown set against the strife and the glory of the 1980s, and the boundary-pushing artists and activists who have made their home in Venice and their mark over generations.

Featured curators and contributors in order of era included: 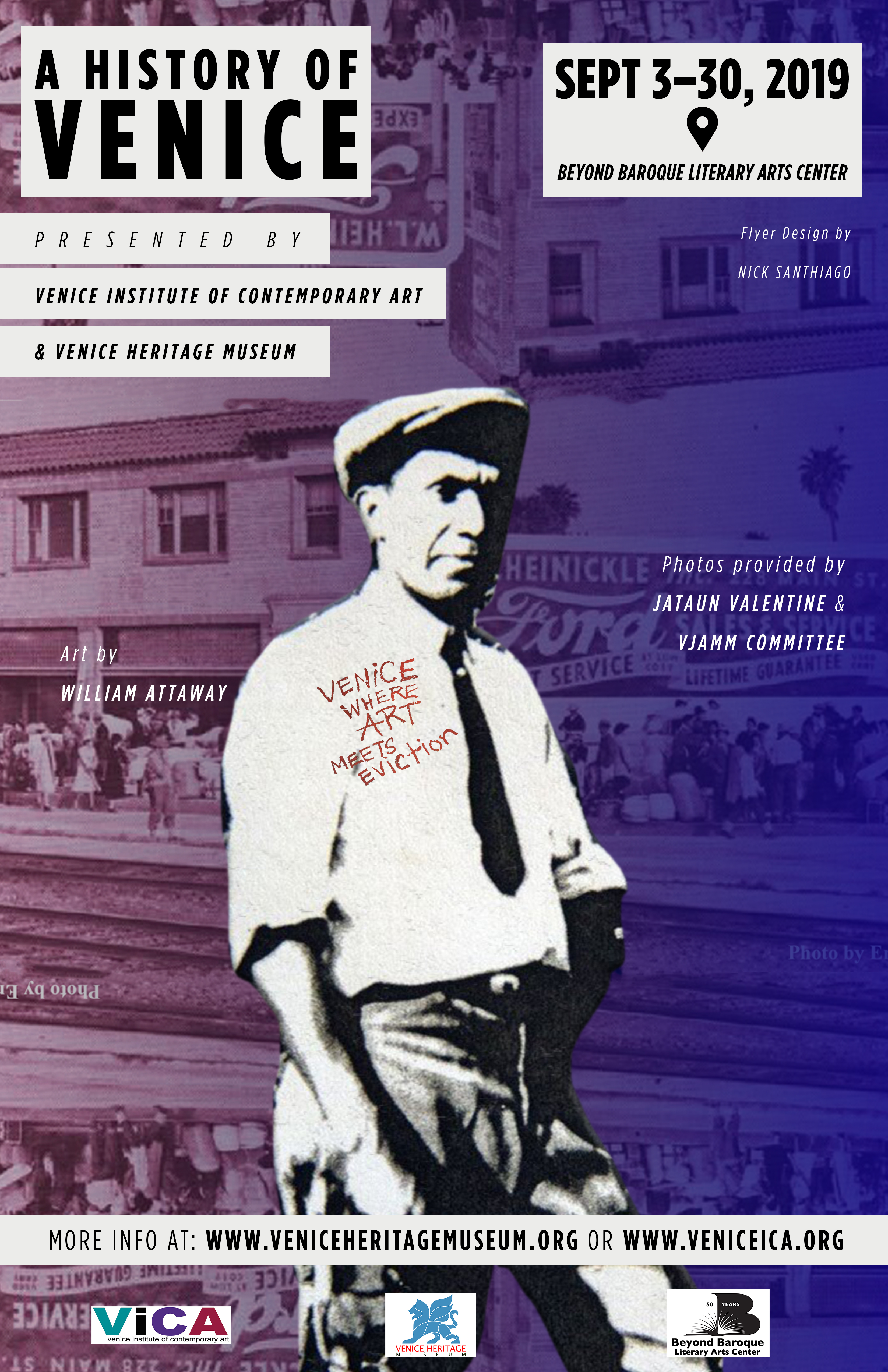 The exhibition is open from 7-8 pm where you’ll get to see classic images, posters, and calendars from when the Fox was a film geek’s paradise  showing a different movie every night of the week from the 1970s to the early 80s, as well as hosting iconic musical acts like Patti Smith and Canned Heat  The studio upstairs was home to experimental light group, Single Wing Turquoise Bird, who did projections for bands like Cream… and we’ve got that poster too.

In addition to a very rare contribution from the original Single Wing members, our program includes short films about Venice artist, Mark di Suvero, the making of the infamous Venice Skate Park and surf scene, beat-era poet, Philomena Long, films by cultural raconteur, Tom Sewell, and works by the youth of Venice Arts.

Don’t miss this… a few tix are still available!

Join us for the fourth and final afternoon of live programming during the month-long “A History of Venice” exhibition. The program opens at 2 pm with a ceremony that acknowledges the historical roots of this indigenous Tongva territory, and which inclues a blessing that the region might unite and move forward in a natural, inclusive spirit. From 3 pm onwards, enjoy a revue of special performances by beloved local artists, comedians, and performers in celebration of the city we love and the people who have contributed to Venice’s legacy of cultural and artistic impact. The lobby and mezzanine exhibition, and Mike Kelley Gallery will be open for viewing from 7:00-8:00 pm prior to the show.

Get your tickets here! 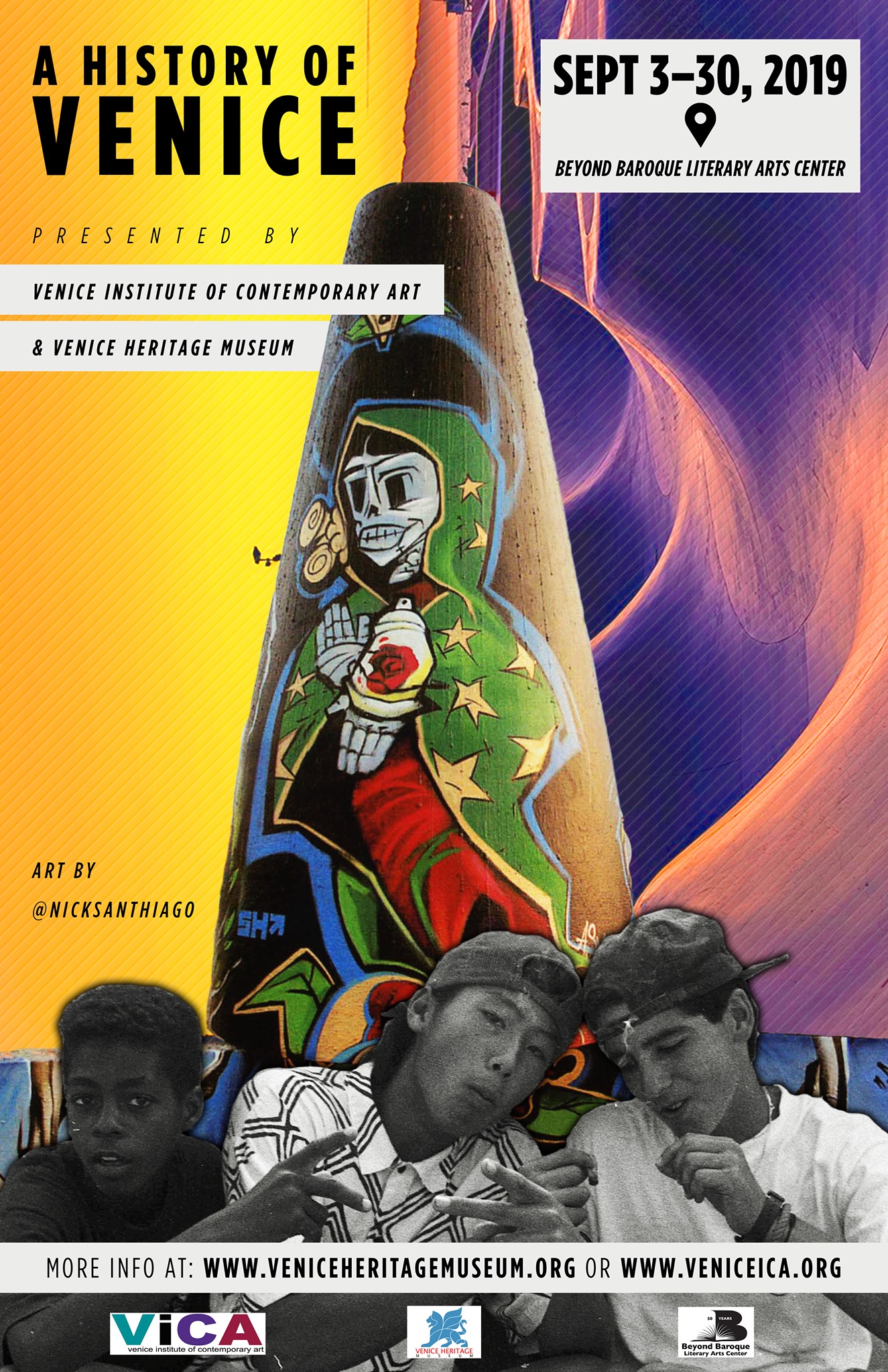 Full list of programmed events throughout the month can be found here: https://linktr.ee/ahistoryofvenice