The Wizard of Weiners. the Sultan of Sausage, the Boss of Bratwurst, El Hefe of the Haut Dog, Jody Maroni has thrown in the towel!

A boardwalk fixture, a beloved eatery, an iconic Venice business,  Jody Maroni’s shuttered on Dec. 16, 2019.  And they went out with a bang.

Many a smiling face came to pay tribute to Jody Maroni’s  Sausage Kingdom and share memories  from their 40 years on the Venice Boardwalk on Sunday, Dec. 15th.  There was  food, drinks, laughs, love, and many a cool story!

Here is a message from Jody Maroni’s Sausage Kingdom 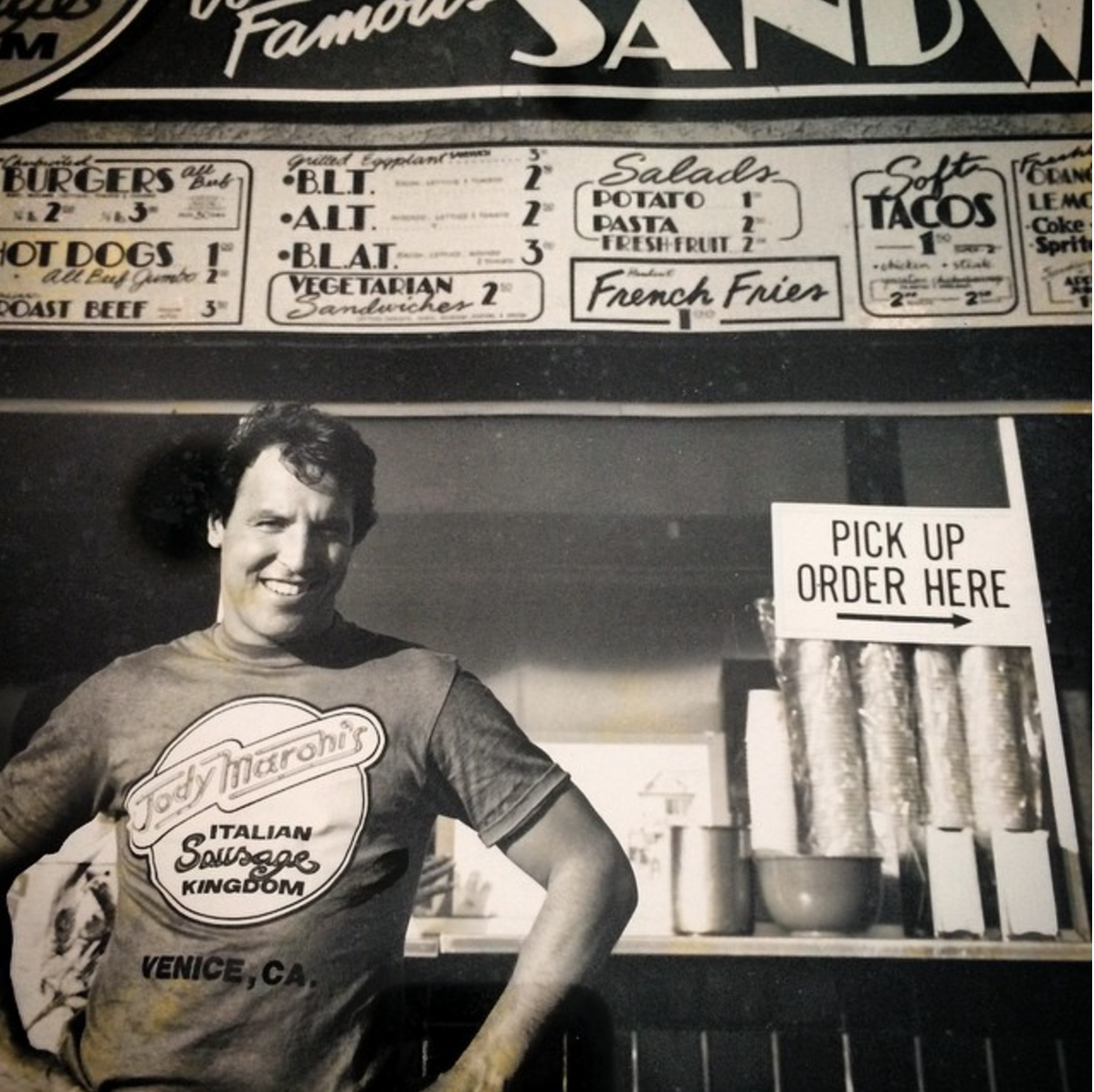 Jordan Monkarsh started Jody Maroni’s Sausage Kingdom in 1979. He first explored his love of charcuterie while working alongside various European butchers in his father’s Studio City butcher shop – what is now the Big 5 on Ventura Place. His father, like many Jewish immigrants coming to the US in 1932, came through Ellis Island, then to Chicago, and ultimately made his home in Southern California. Jordan studied English at UC Berkeley while working in the gourmet food industry. He was also a children’s librarian in Dublin, California. In 1979, he returned to Los Angeles and began to sell sausage on an improvised cart, well before city departments allowed such things. A unique sausage-maker and pitch-man, Jordan sold his product to caterers and fine-dining establishments throughout the city. In 1988, production was moved to the company’s own USDA-inspected plant. 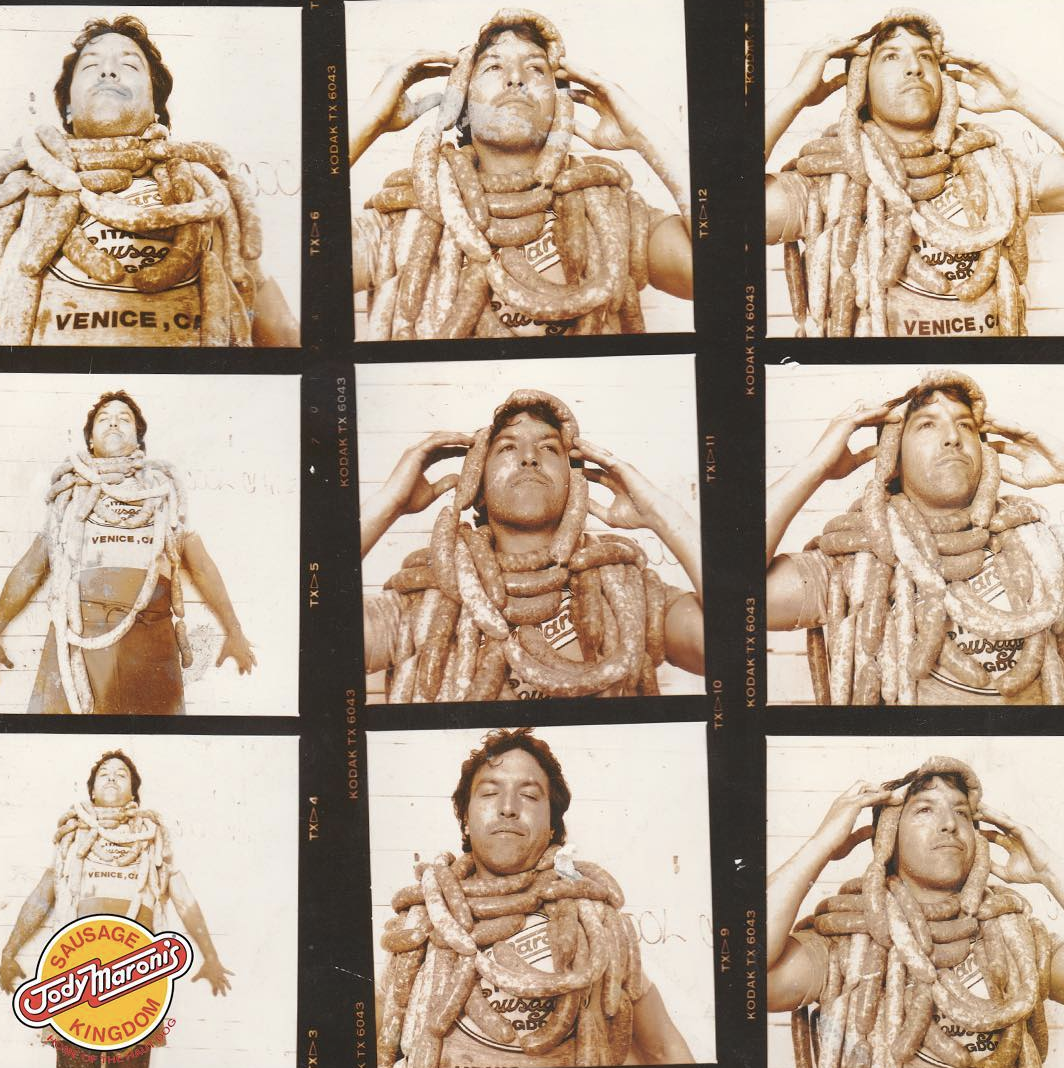 He has operated his gourmet sausage sandwich business in some of Los Angeles’ most renowned landmarks; Dodger Stadium, The Colosseum, The Greek Theatre, Staples Center, The Pond, and the Hollywood Bowl, Universal CityWalk, as well three different terminals in LAX. Beyond LA, stores were located in Phoenix, St. Louis, Newark, Detroit, Las Vegas, and state fairs across the country. Jordan was a pioneer in establishing the gourmet chicken sausage industry. Alongside the restaurants, Jody Maroni’s became a prominent player in the wholesale sausage business, which will continue to operate.

The Monkarsh family, during its 40-year tenure in Venice, has fed millions of happy customers. Many have been tourists, most are always locals, as well as the hungry and homeless. Jody Maroni’s has become an example of a small business that serves community through transition. The restaurant, along with the home above that housed Jordan’s parents, then Jordan’s children, has become a landmark of Venice and a symbol of how small family businesses are meant to serve. Jordan’s father, Max, is still remembered fondly by those of a generation who were able to meet him. He housed homeless and alongside his wife, became prominent in the various governing bodies of the boardwalk.

We have spent the last few years navigating the transforming terrain of Venice – knowing that this chapter in our family’s story would soon conclude. We end this chapter with nothing but gratitude for our family, our greater Venice community, and whatever the future has in store. We are lucky to have been able to have our story woven into the fabric of this metropolis – here at the edge where dreamers thrive.

In our name, we ask that you hire local, feed locals, be locals. We have nothing but gratitude for our customers, who have come back decade after decade – and watched this neighborhood evolve with us.

Lastly, we must thank our family, friends, and most importantly, employees, who have been the lifeline of this establishment and kept people coming back.

Jody says, “I have loved the freedom that Venice has given me to express my various sausage fantasias.” He would like to invite our customers and friends for a final celebration of the sausage kingdom.

Further interviews with Jordan can be set up upon request.

Come celebrate the closing of our beloved restaurant after 40 years this Sunday, Dec. 15th! 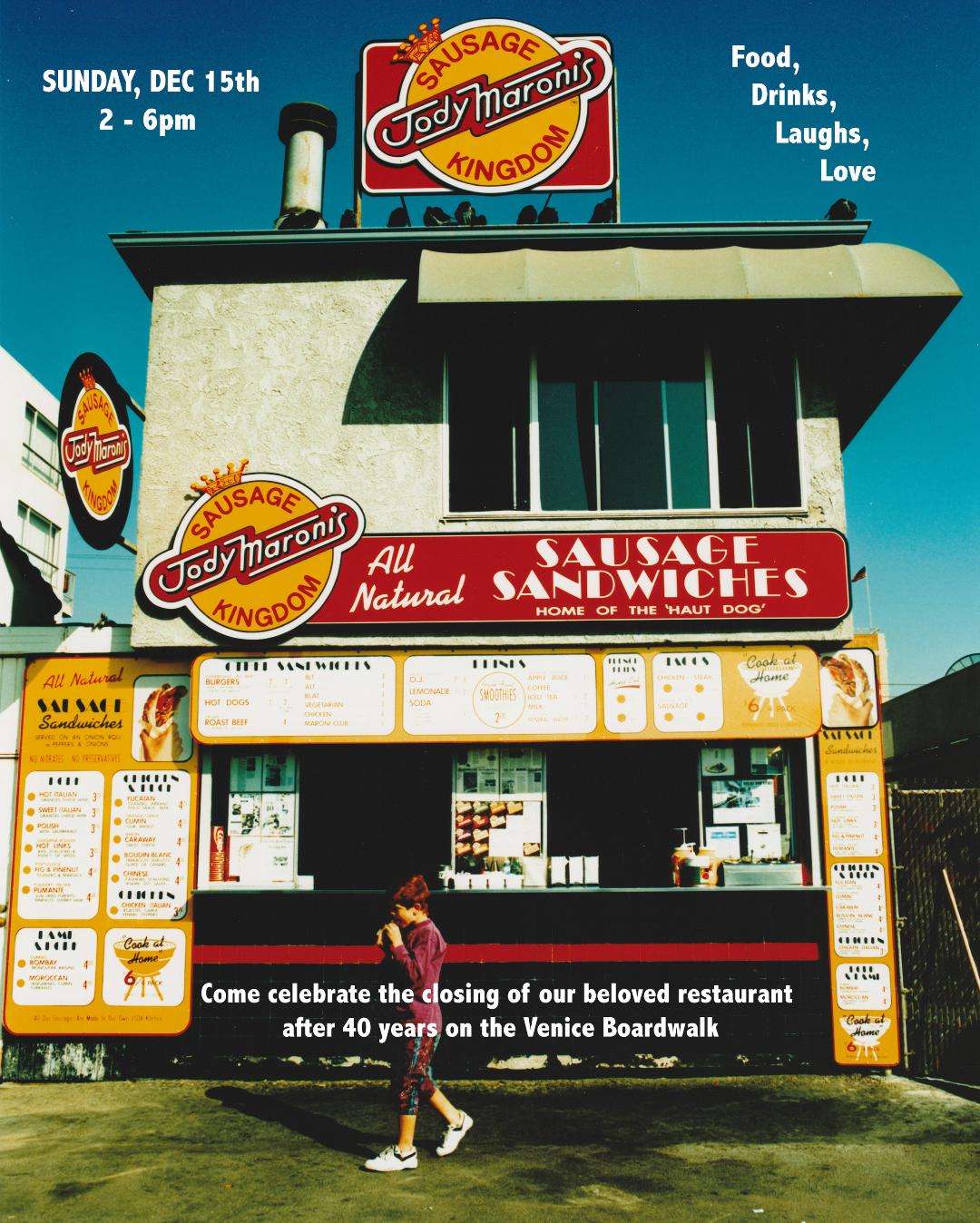