A Venice Boardwalk landmark for 44 years, The Sidewalk Cafe offers fresh, high-quality, well-prepared food with generous portions. And all of our soups and sauces are homemade. The outdoor covered patio provides a beautiful view of the beach and ocean while street performers and an eclectic crowd continuously entertain. 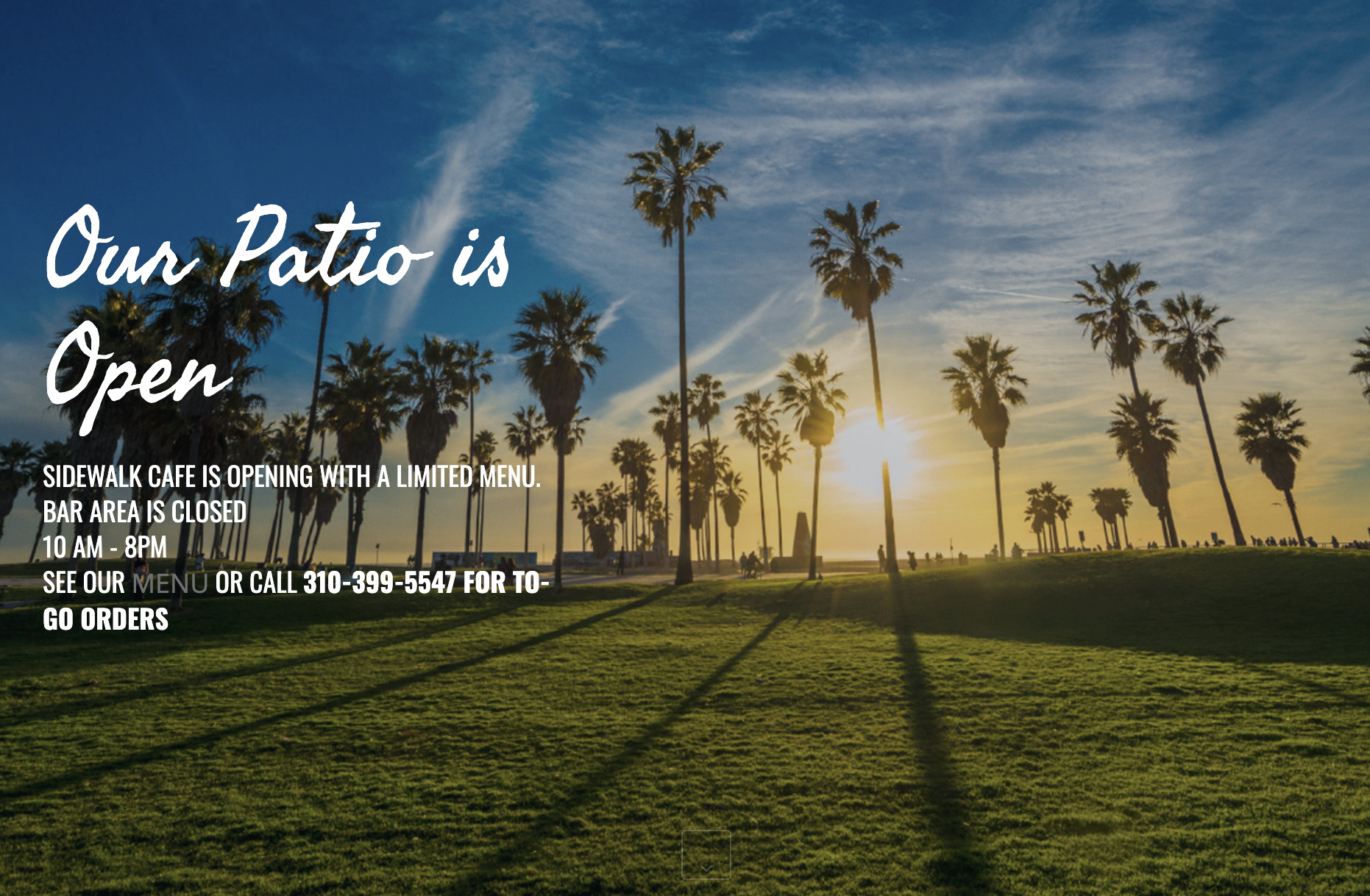 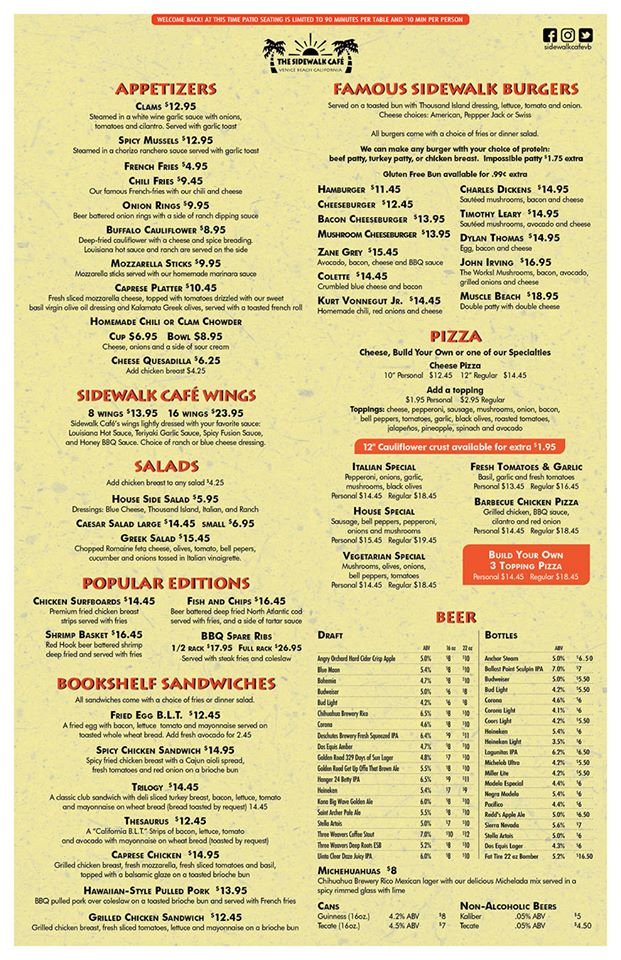 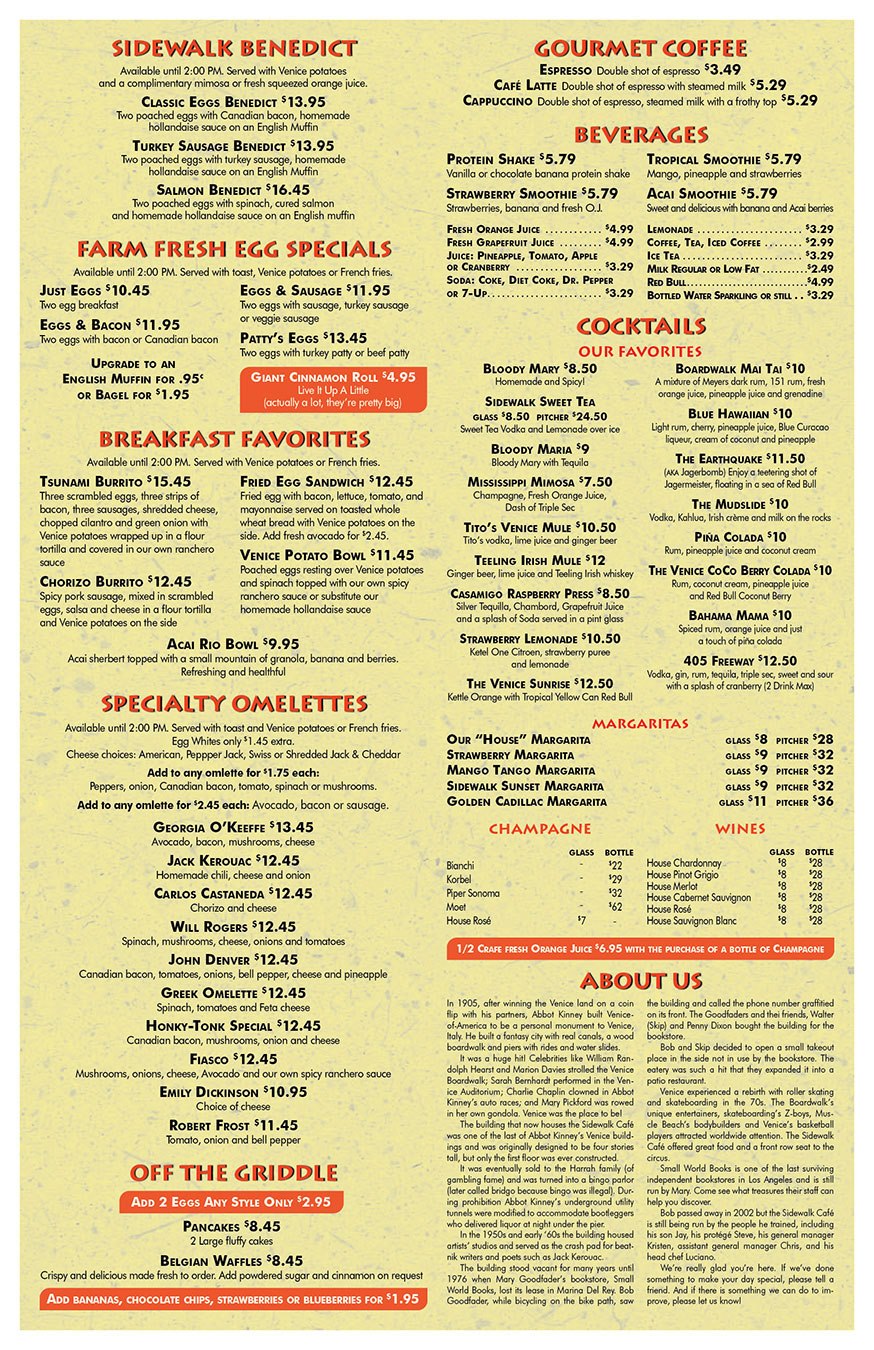 Here is a message from The Sidewalk Cafe

With the new guidelines implemented by the state, we are open for dining on the patio. NO seating or service in the bar. We will continue to follow safety all required protocols to keep our patrons and employees as safe as possible. If you are not comfortable dining on the patio we still have food for take out. We are open until 10:00 PM tonight.

Masks must be worn to enter the restaurant. We will be taking temperatures of all who want to enter the restaurant. We are following all guidelines set by the City of Los Angeles and State of California for social distancing and serving food. Patio seating is limited to 90 minutes per table and $10 min per person. We are doing it this way for the safety of our customers and employees. Please be respectful of others and social distancing. We are all in this together.
–
Sunset is at 8:09 PM tonight!

Did you know that The Sidewalk Cafe has been serving locals and tourists since ’76?  View history below. 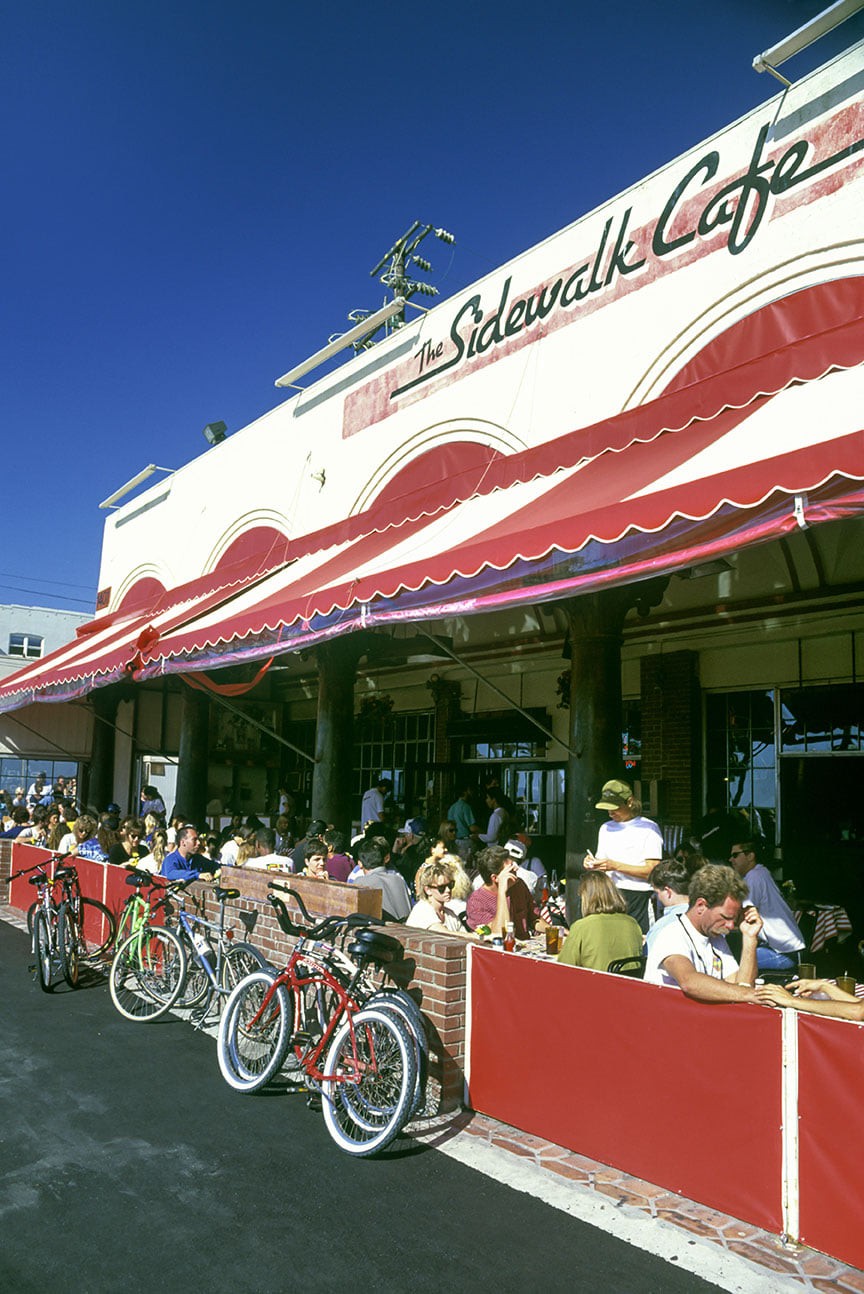 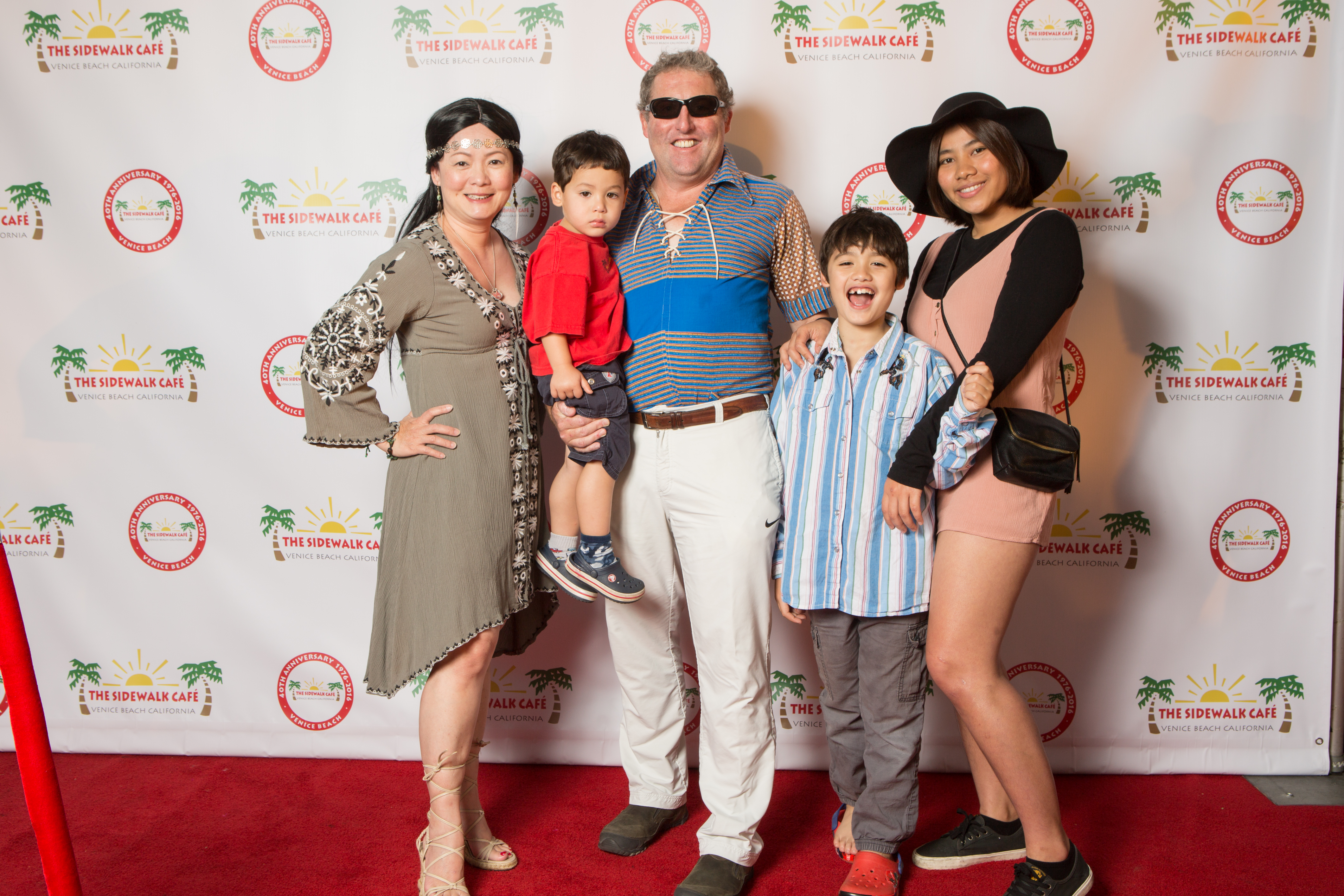 Jay Goodfader and family at the 40th Anniversary party in 2016