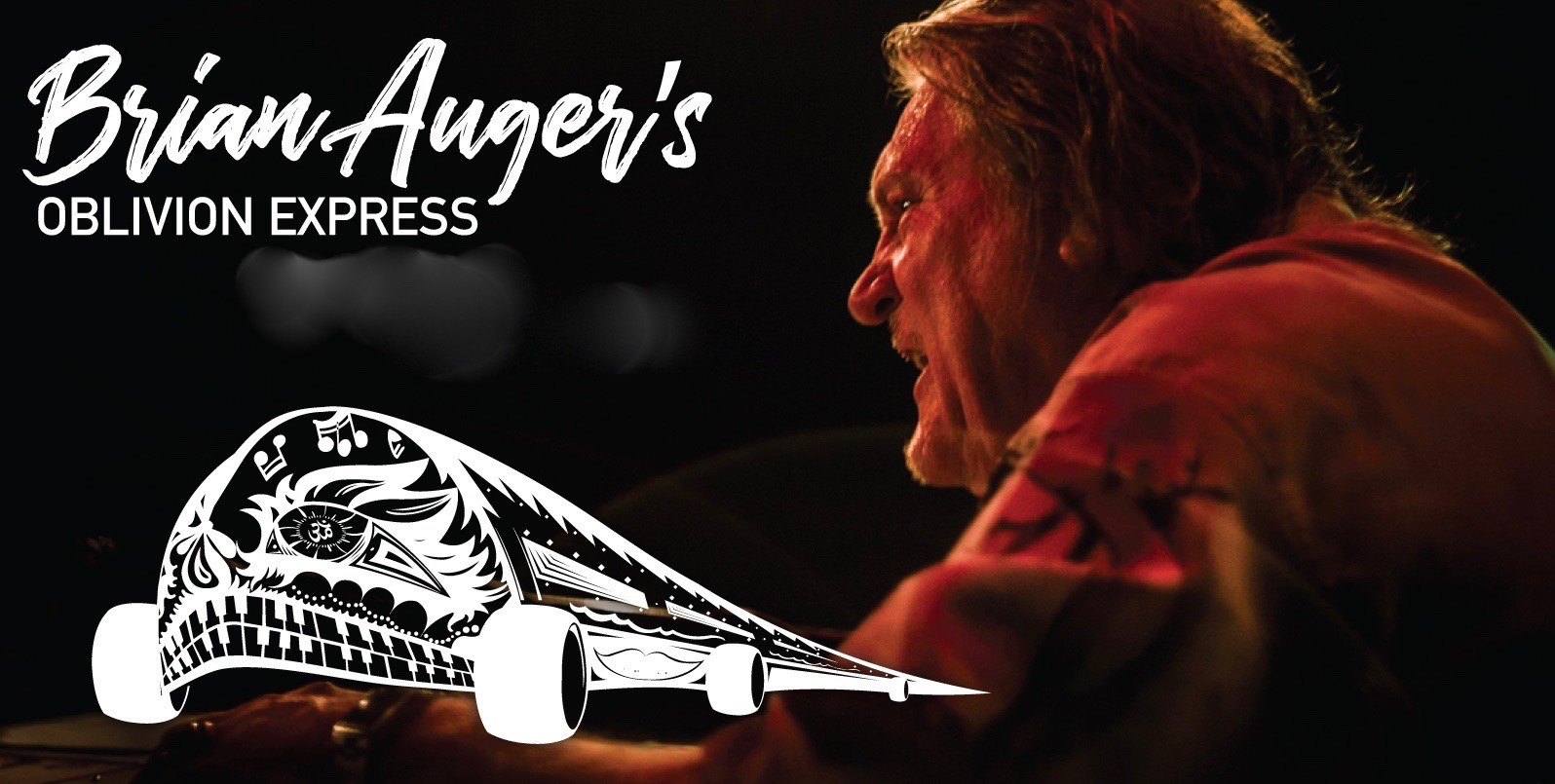 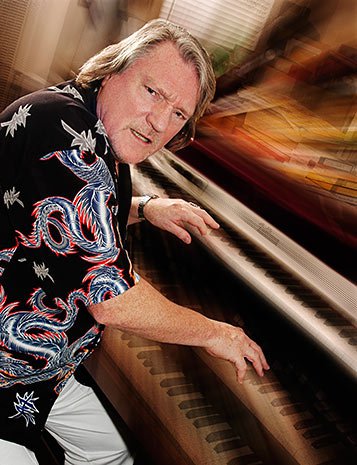 Tell us about your music.

My main project, Brian Auger’s Oblivion Express, includes a moving group of A-list musicians. The current line-up includes my son Karma Auger on drums, Andreas Geck on bass, and on vocals and percussion is Lilliana de los Reyes (daughter of famed drummer/percussionist) Walfredo Reyes who’s currently playing with Chicago. Sometimes I include a guitarist on tour. Last year (2019) I did 2 tours. One on the East Coast that included guitarist Frank Gambale (Chick Corea’s Elektric Band) and then my annual fall tour in Europe with just the 4-piece band. This tour included Germany, Belgium, Austria, Switzerland, and Italy. When in Germany last year, I was given a “Blues Louie,”  award from the German Blues Festival in Lahnstein.  As well, on October 31, 2019, I was also awarded a Lifetime Achievement Award, given to me by the Mayoress of Valencia in Italy.   I was also inducted into the Hammond organ Hall Of Fame in Chicago, and nominated for a Grammy in 2001 for an album called CAB with myself on keyboards, Dennis Chambers on drums, Bunny Brunel on bass, and Tony McAlpine on guitar.

My music is difficult to classify any one way. I have a lot of influences from
jazz and early British pop to rock, R&B, soul, and blues.
I was given the title of “The Father of Acid Jazz,” but my music is a
combination of Blues, Rock, Acid Jazz, Jazz Rock, and Fusion. 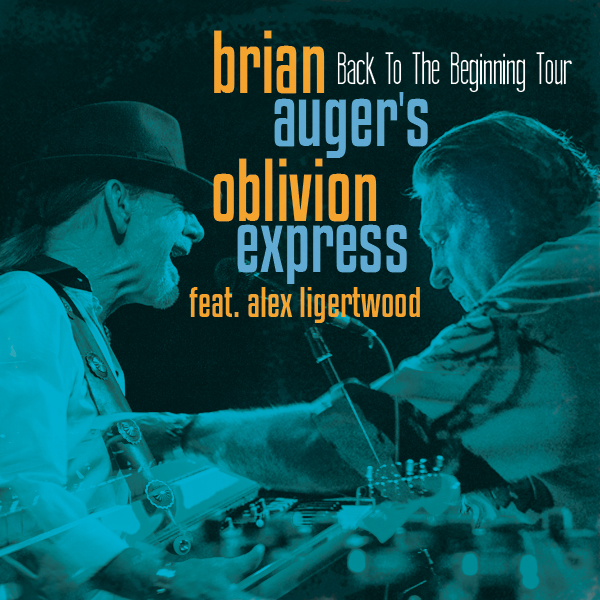 I play keyboards…. Hammond B3 Organ and Korg M3 digital piano are my main instruments. I also compose the songs (tho I sometimes collaborate). I have had a number of project through the years, including my most well known Brian Auger’s Oblivion Express, which is still alive and well, and Trinity. I have also worked along side a countless number of well known musicians both in the studio and live.

That goes way back to the jazz scene in London in the 60s. Some of my
favorites are … Miles Davis, John Coltraine, Cannonball Adderly, Jimmy
Smith, Oscar Peterson, Herbie Hancock,  McCoy Tyner, and  so many more.

I have been playing since I was 3 years old.. so over 75 years. My parents expected me to become an accountant, LOL! I discovered the player piano and then began figuring out things on the keyboard. Later on I started playing in clubs and it just went on from there.

“Whenever You’re Ready” from a festival in Stuttgart, Germany 2009 with:

The swing of Oscar Peterson was a big influence, but I went on to create
my own unique sound.

My ongoing project is always Brian Auger’s Oblivion Express. There have been many different members of this group throughout the years including Alex Ligertwood on vocals, and both of my daughters, Ali and Savannah have also been singers in this band. My son Karma has been drummer for the band for many years and before that I’ve had some of the best musicians including drummer Steve Ferrone (Tom Petty & the Heartbreakers, Average White Band), Lenny White (Return to Forever), Larry Van, all these great bassist Derek Frank, Travis Carlton, Jimmy Haslip, Dan Lutz, Les King and more.

Brian Auger Trinity with singer Julie Driscoll from 1966 – 1969. That was the first band ever to headline (in 1968) the Berlin Jazz Festival. We made 3 or 4 albums. All together I have over 30 albums. A mix of all my projects include some compilations, and some joint projects, for example Access All Areas which I did with Eric Burdon of the Animals, I  produced as well.

Of course with COVID there is no future schedule of tour dates or local gigs here in LA, but we may do a live stream so stay tuned. I just released a 3-CD box set which I’m very excited about. It’s a catalog of many of my favorite tracks, some that didn’t get too much air play, but I love them and want people to hear. 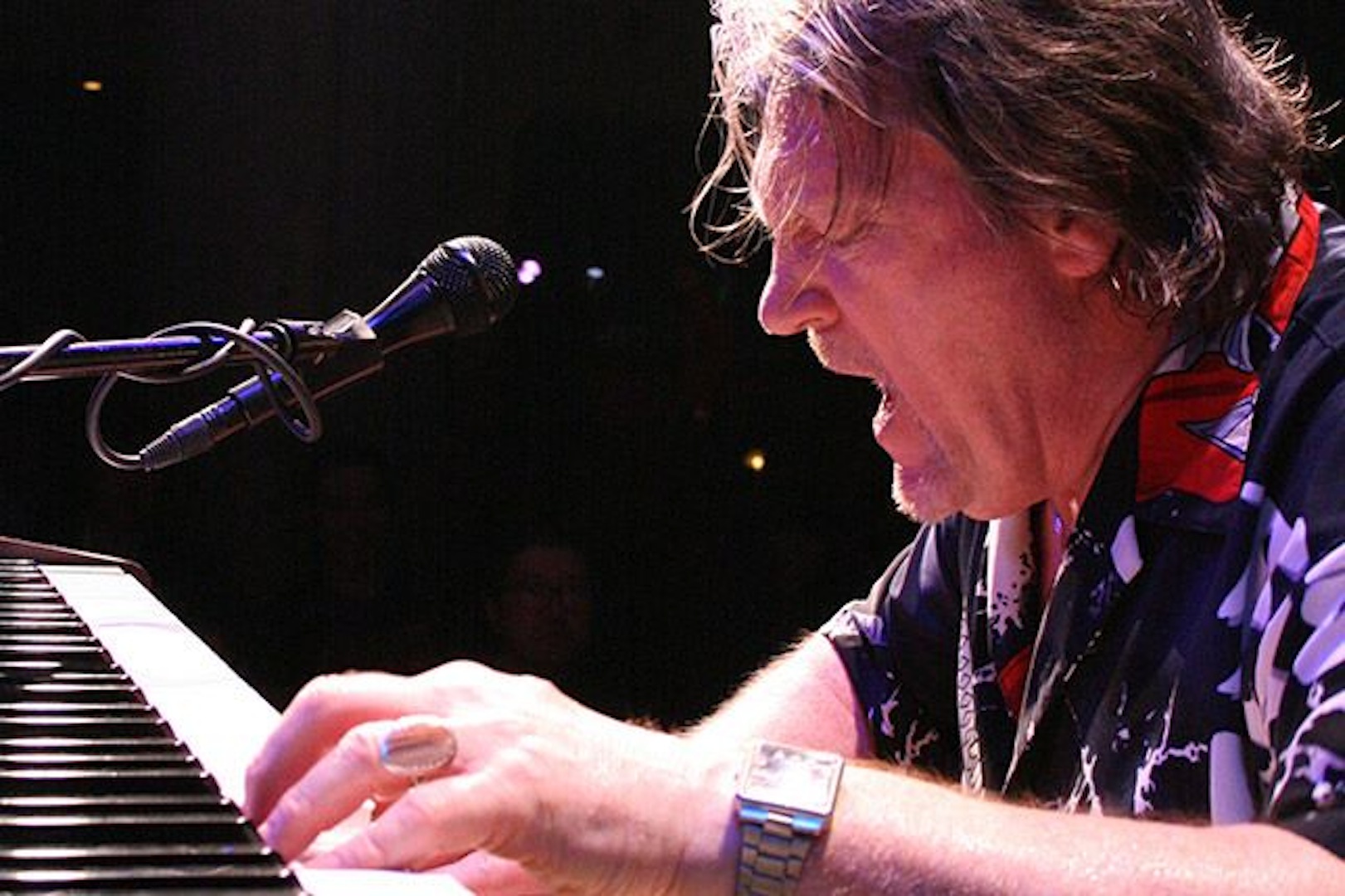 I have a stunning memory of standing on the stage of the famed Fillmore East when I first came to America. This was every musician’s dream. I was playing with my band Trinity and we got 2 encores. Club owner Bill Graham told me only one other artist had gotten 2 encores and that was Jimi Hendrix!

That’s a difficult one in today’s world. I guess I’d just tell them to be careful and smart and to hang in there.

I read so many books, it’s really hard to say. Once of my favorites is “A Bright Shining Lie” by Neil Sheehan which was also made into a movie. My favorite band was probably Cannonball Adderly with British pianist Victor Feldman.

I mainly love Venice and the diversity of life here.

The Guyatri Mantra… check that out! Be kind to everybody whether or not they are kind to you. 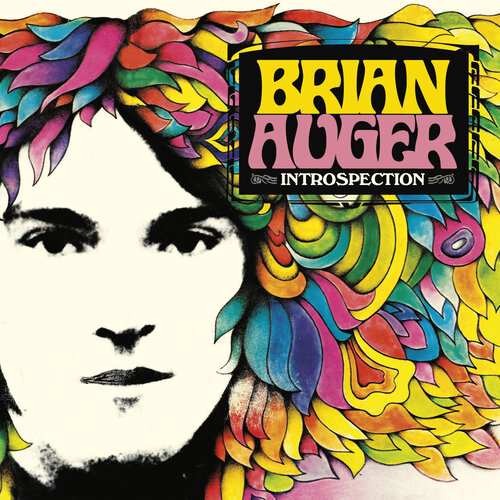 What brings you to the arts and how has it helped your life?

Music has taught me every important thing that I know.

If we all treated each other with kindness, that would change things over night.

Among the many musicians and bands here in Venice, who are your favorites?

The late Keith Emerson of Emerson, Lake, and Palmer was my best friend. Andy Summers from the Police, bassist Jimmy Haslip, and I’m sure there are more. Many great musician friends. 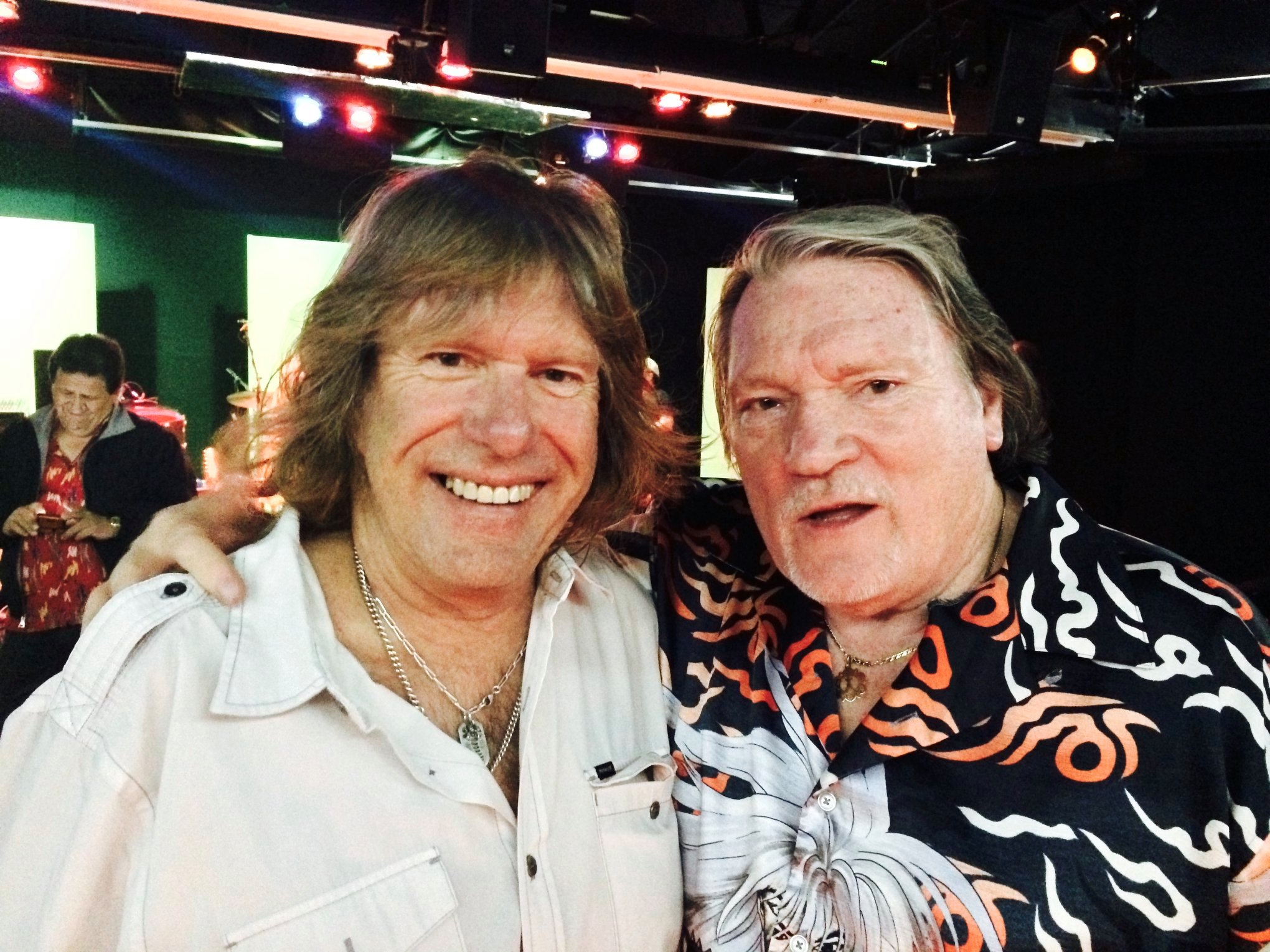 Any shoutouts or thank you’s?

Thank you to Lauri Reimer of Music Magique Promotions for assisting me the last several years.  www.musicmagique.com

Check out and buy Brian Auger’s new 3 CD box set which is available through his site brianauger.com.

He  has signed copies available and is working on a cool poster.