There were some rumors circulating last week that our beloved boardwalk icon, Harry Perry, had died.  Thankfully, they were false.

Venice Paparazzi’s Alex Stowell ran into longtime friend Harry yesterday at the Venice Pier parking lot.  They did an impromptu version of the track Time Travel Freaks, off of The Harry Perry band’s 2005  album Video Commander, which Stowell has a recording credit on as a back up vocalist.  They also performed part of Perry’s cult hit Heads of Skin. View Dec. 26, 2020 video above of Harry Perry  and Venice Paparazzi’s Alex Stowell.

About:  Harry Perry, who is a vegan, straight edge, marathon runner, has been playing his guitar while roller skating/blading on the boardwalk since the late 60.  Also know as the Kosmic Krusader, this iconic boardwalk performer, has a list of media credits and cameo appearances that is too extensive to list. 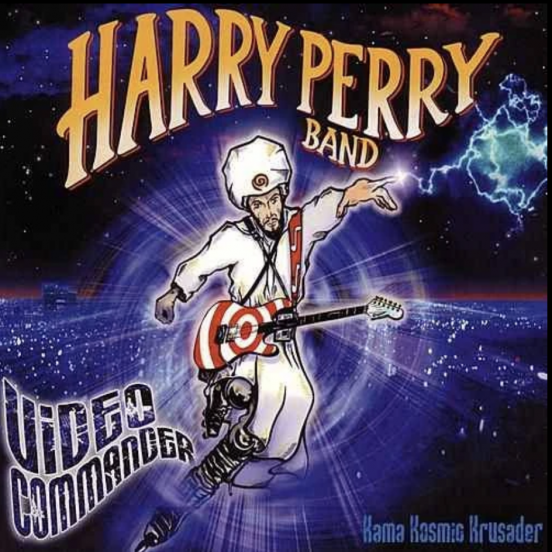 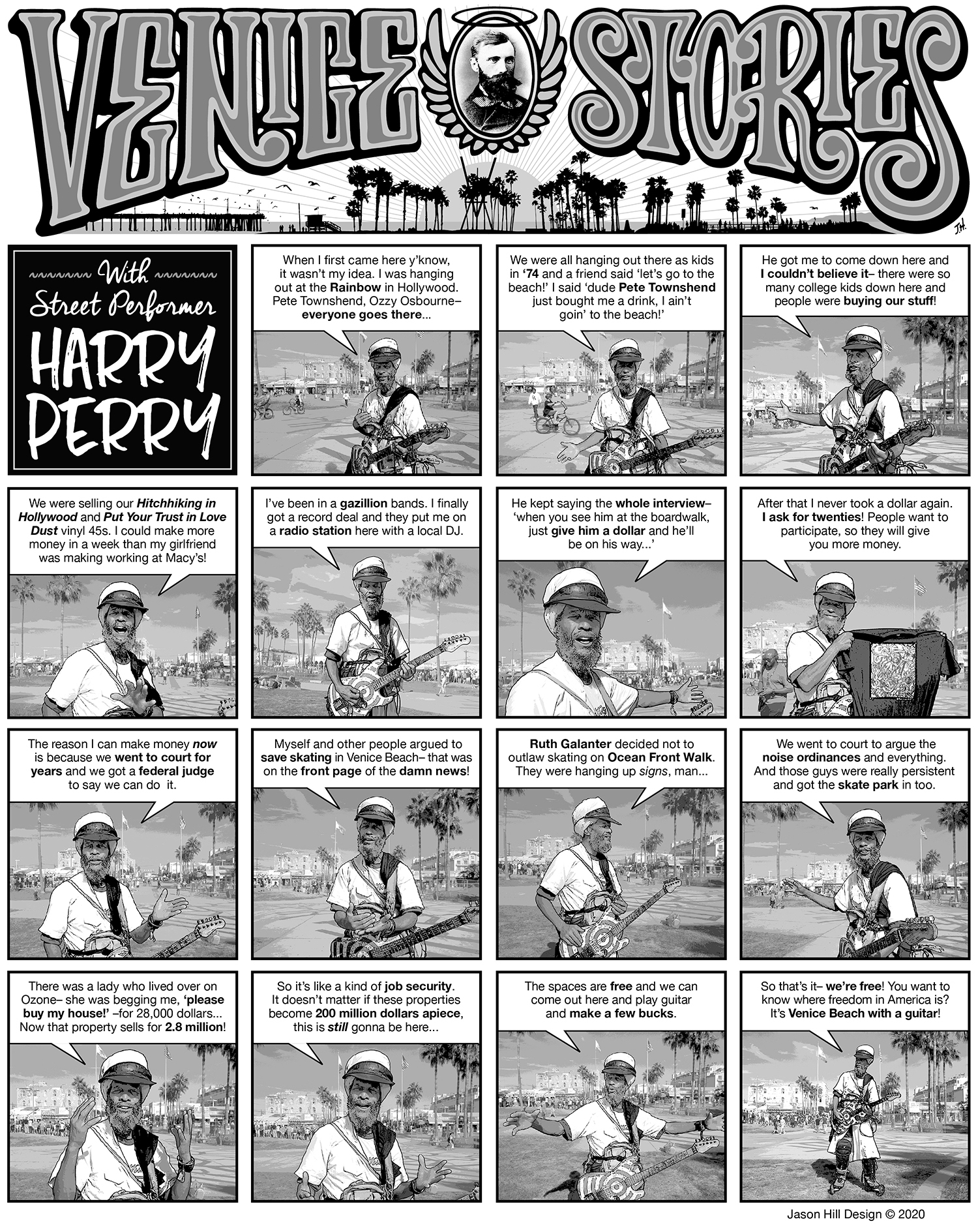 A series of Venice Stories photo comics based on Venice Beach history, featuring interviews with local personalities. Created by local Venice artist and designer Jason Hill, these pages are published once a month in The Argonaut, Los Angeles.