The Handball Courts Will Be Open by This Weekend!

This just in from L.A. Rec. and Parks!  The Venice Beach handball courts are in the final phase of rehabilitation and could be opened for play as early as Thurs., April 29.2021!

Read the backstory and watch the clearing day video below!

At the beginning of the virus lockdowns 13 months ago, the legendary beachfront handball courts in Venice, California became a  homeless encampment.  The City issued a stand down on enforcing the no camping in the park rule, and that was that.  Over the last year + as many as 22 people at at time have called the handball courts home.  Complete with an art gallery, gym, and many a tent, the courts were probably the styled out out of all the Venice camps.

Well, now that is all over!  That’s right,  as we are now in the Orange Tier, the amenities in the park are allowed to open (super bizarre time we are in).  So, a few weeks back the City posted a notice that the people had until April 15 to move out.  LAHSA and other service providers came out to offer support to the homeless who lived there, and 10 of the residents got a spot in A Bridge Home,  which is the homeless shelter on Main and Sunset where the MTA lot used to be.

On Thursday, 04/15/21, at 8:00 a.m. sharp, L.A. Sanitation, L.A. Park Rangers, , and Rec. and Parks descended on the courts to handle business.  Armed with dump trucks, bull dozers,  shovels, and a whole lot of man power, they had the courts cleared and fenced off by mid afternoon.

In the following days the Venice Beach BID has been onsite handling pressure washing duties. The courts are currently being cleaned/painted and are scheduled to be opened up for play the week of April 19, 2021.

Venice Paparazzi was on the scene for the clearing and caught up with handball legend Freddy Reyes, as well as camp resident Black Moses.

Check out the interview and action from the day by Venice Paparazzi. 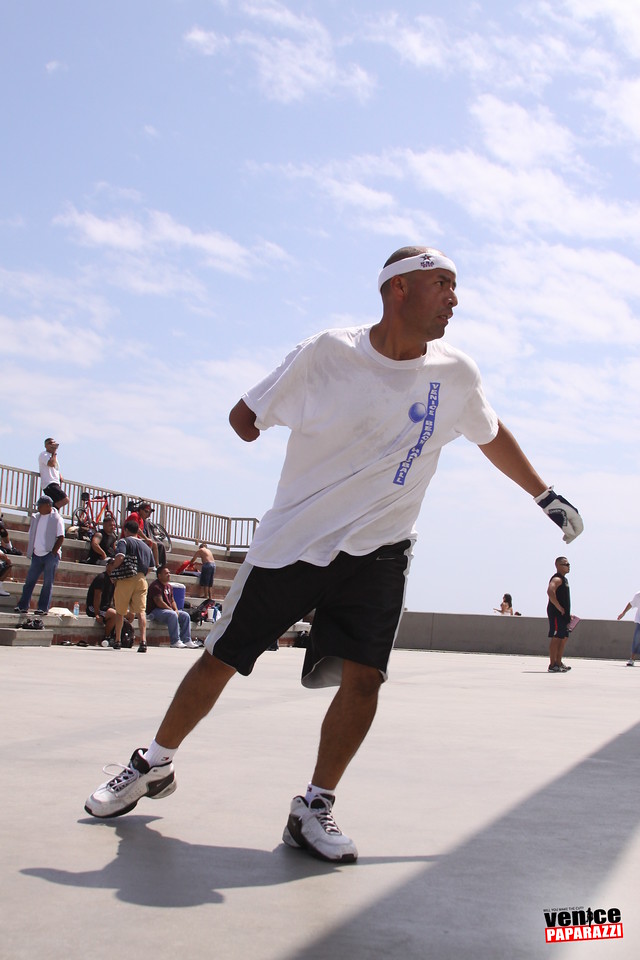 Here are some resources:

The Venice BID also has a community resource guide that has info for homeless services, mental health, and more.

Have the energy and resources to help out?   Check out this list of local organizations that need your support!