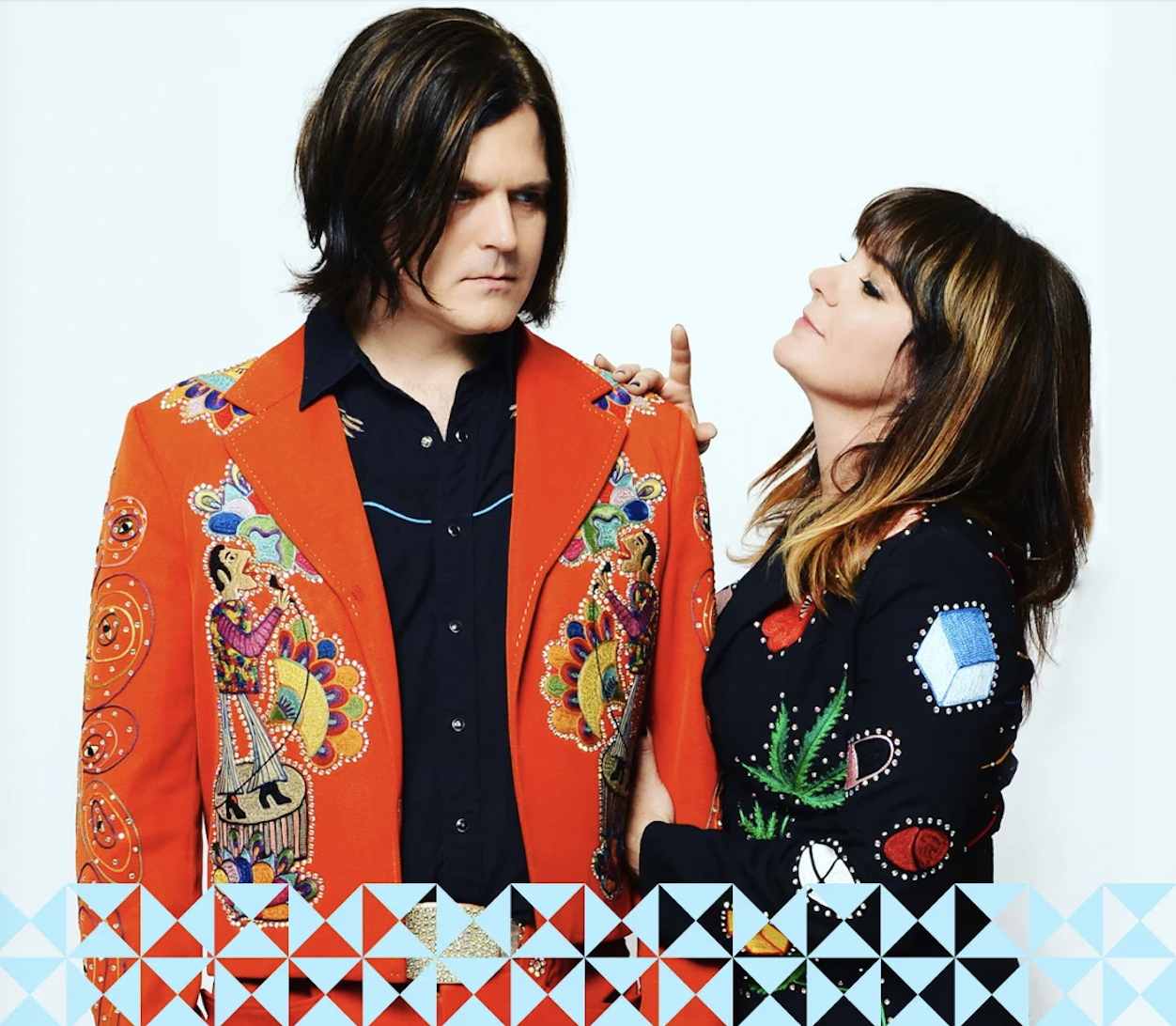 Check out Nocona at the Venice West on Jan. 31st

Nocona is a rock band who draw their roots from Country, Folk, Punk, Rock and psychedelia. Known for taking the psychedelia of the 13th Floor Elevators and mashing it up with the Bakersfield sound—Roky and Buck; Love and the Burrito Brothers, their previous albums, Nocona and Long Gone Song drew rave reviews and the band has played some of the biggest festivals in America – Outside Lands, Bonnaroo, and Stagecoach. Los Dos out July 10, 2020 finds the band digging deeper into its bracing melding of hard-edged Americana and a keen punk-bred sensibility. 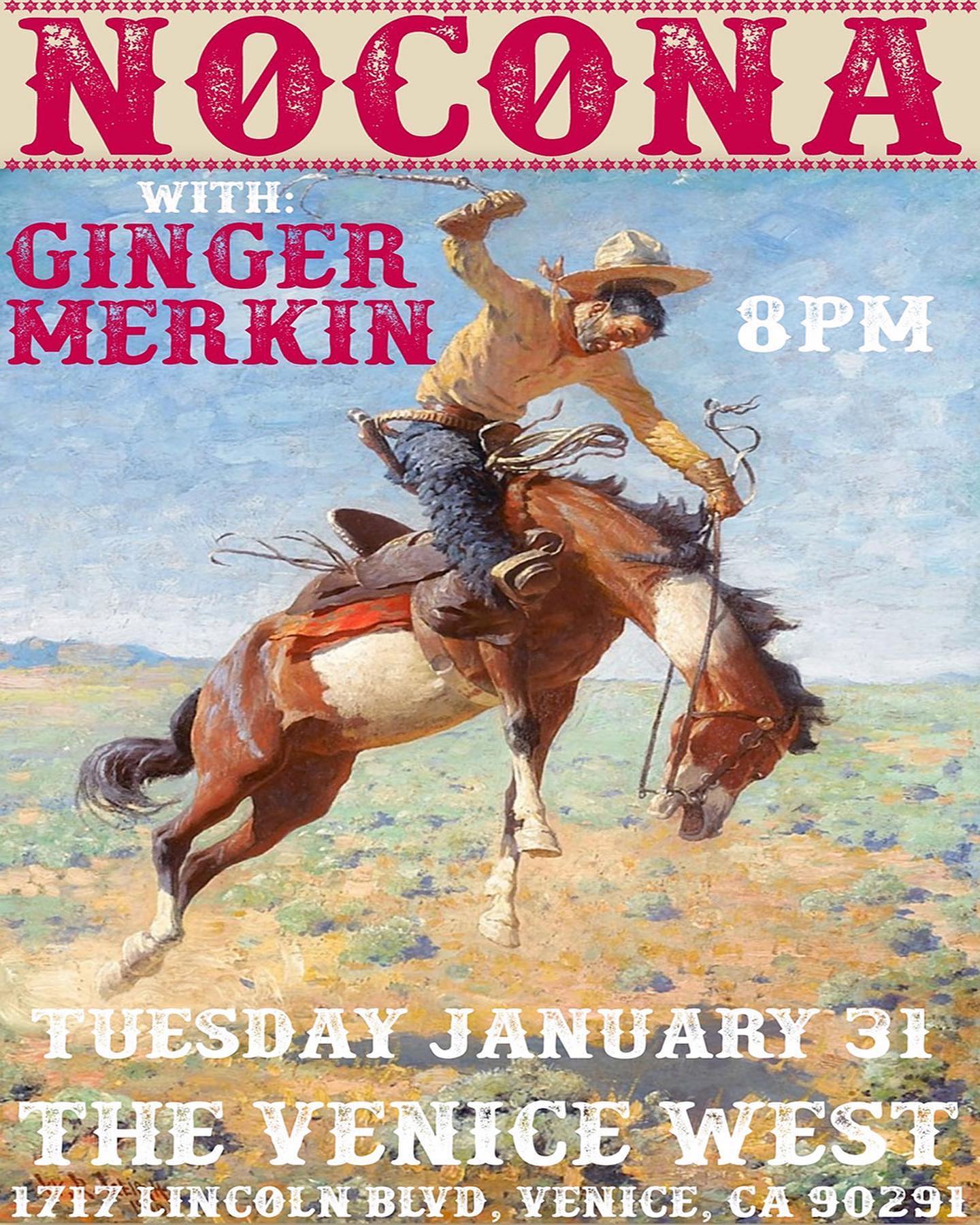 Nocona begins with the husband/wife team of Adrienne and Chris Isom. The Isoms – who played in New York, Austin, and Toronto before finally relocating to Los Angeles — founded Nocona with former Old Californio drummer Justin Smith, who worked regularly at the Grand Ole Echo, the city’s Sunday roots music showcase. “Justin and I hit it off really well,” Chris says, “we have the same garage rock backgrounds, but we also like a lot of American roots. He’s a more encyclopedic store of music than I am.” The core members have found simpatico players in harmonica ace Elan Glasser, steel guitarist Dan Wistrom, and fiddler Xander Hitzig.

The Venice West just keeps getting better.  Check out the line up of upcoming shows below.

As well, they have 50% of bottle of wine on Wednesday and live music brunch on Sat. and Sun.  Check it out! 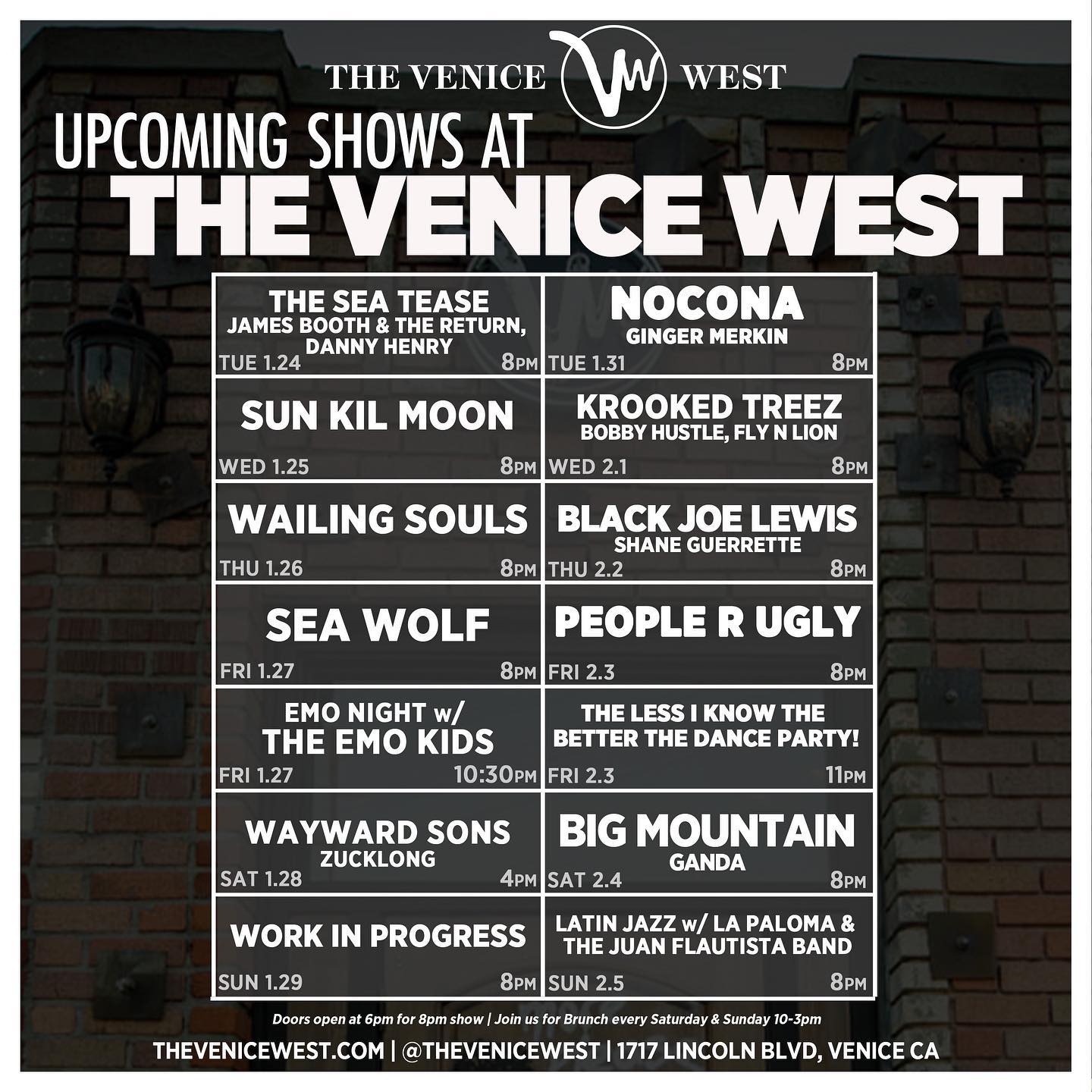 Follow the Venice West on Instagram and Facebook to stay up-to-date on new shows and special performances announced every week! Come in for dinner and stay for the show! Get your tickets before they’re gone.