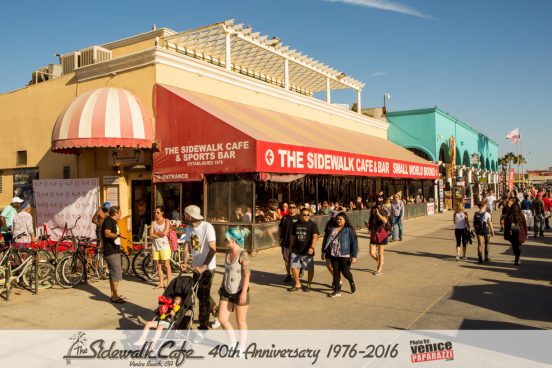 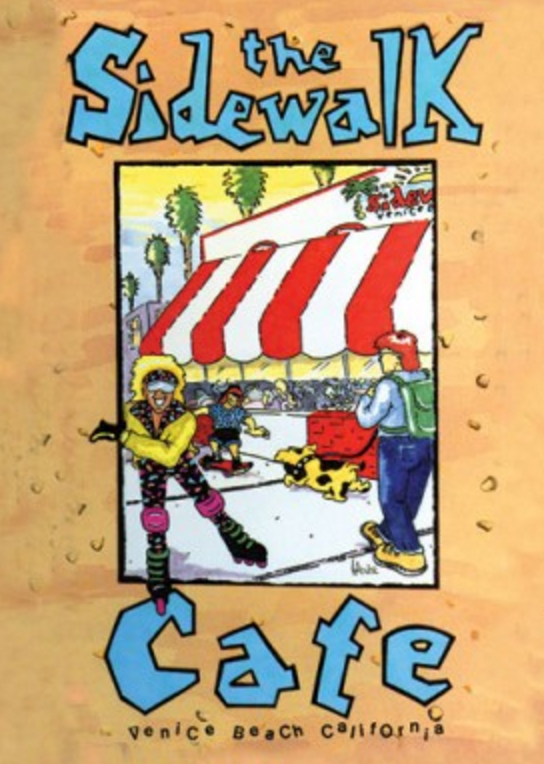 Venice Paparazzi rolled out the red carpet for The Sidewalk Cafe’s 40 year anniversary party on Sept. 23, 2016.  The event was  a 70’s themed costume party and community fundraiser that benefited The Venice Homeless Task Force and S.P.Y. (Safe Place for Youth).  View event coverage by Venice Paparazzi below.

Here is a message from The Sidewalk’s Cafe’s awesome General Manager Kristen Archival. 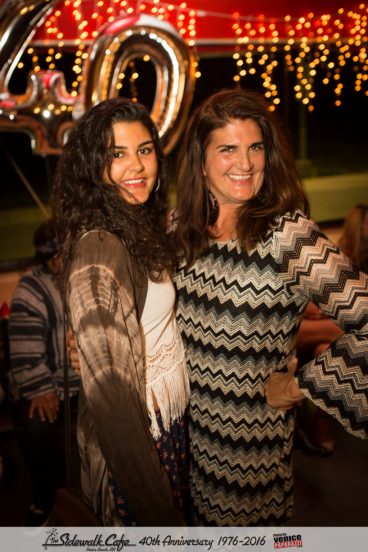 “I wanted to take time to say thank you to all the people and businesses that came out to support The Sidewalk Cafe’s 40th Anniversary party. It was a wonderful celebration of family, friends and community. All that came walked the red carpet, listened to great music  (Barry Minniefield from The Voice) did some dancing, and enjoyed the food and drinks. The party was a great success in many ways. It was Venice at its best. The support from local businesses’ for our charity raffle was fabulous! We raised quite a bit of money between ticket sales from the raffle and donating a percentage of the day’s sales. The Venice Homeless Task Force and S.P.Y. (Safe Place for Youth) are the recipients.

Venice Paparazzi were behind the scenes taking pictures and running the photo booth all day and night. As always it was a pleasure working with them, their energy and enthusiasm is contagious. I estimate we had over 400 guests throughout the evening and every one of them had the movie star treatment. Many people had a blast with the photo both taking home souvenirs from the event. Thank you for making this evening so much fun, capturing moments, and creating memories, you’re the best! 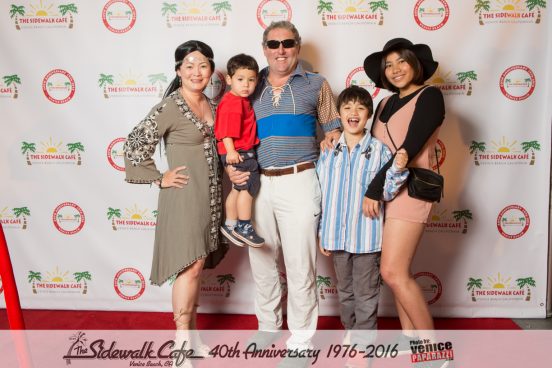 The Goodfaders.  Check out The Sidewalk Cafe history insert below. 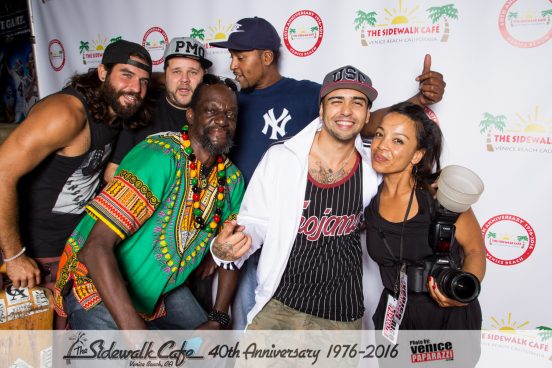 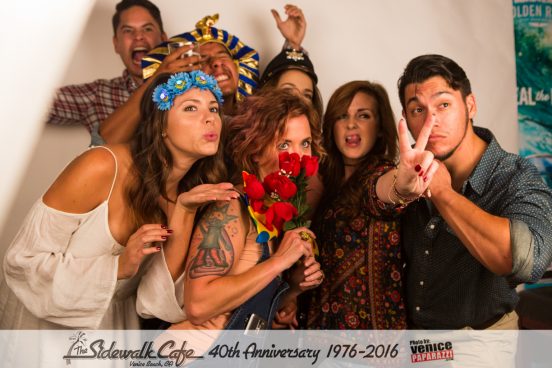 .
About:  The Sidewalk Cafe is “the best place to people watch on Venice Beach” according to New Times Magazine. We have been featured in many movies and commercials as well as in such publications as Sunset Magazine, LA Weekly and many tour books. If you ever wanted to see Venice Beach, California, let us be your front row seat!

Here is a Venice history lesson:  In 1905, after winning the Venice land on a coin flip with his partners, Abbot Kinney built Venice-of-America to be a personal monument to Venice, Italy. He built a fantasy city with real canals, a wood boardwalk and piers with rides and water slides. It was a huge hit! Celebrities like William Randolph Hearst and Marion Davies strolled the Venice Boardwalk. Sarah Bernhardt performed in the Venice Auditorium; Charlie Chaplin clowned in Abbot Kinney’s auto races, and Mary Pickford was rowed in her own gondola. Venice was the place to be!

The building that now houses the Sidewalk Café was one of the last of Abbot Kinney’s Venice buildings and was originally designed to be four stories tall, but only the first floor was constructed was built. 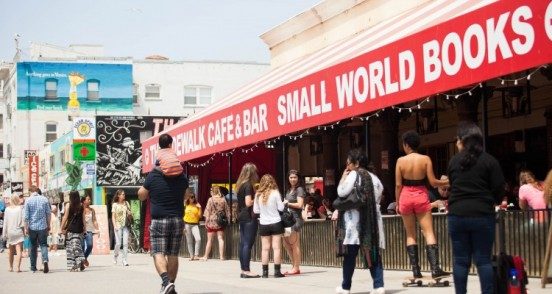