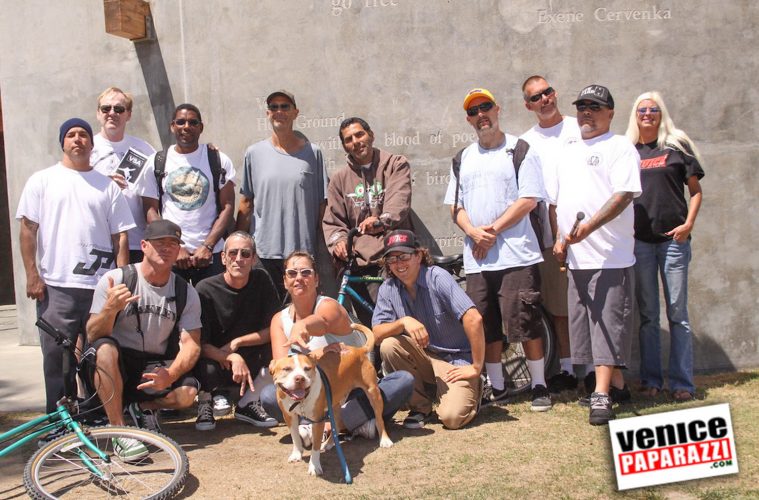 Made in Venice -The Movie a must see! Defying gravity was nothing, compared to getting a skatepark. 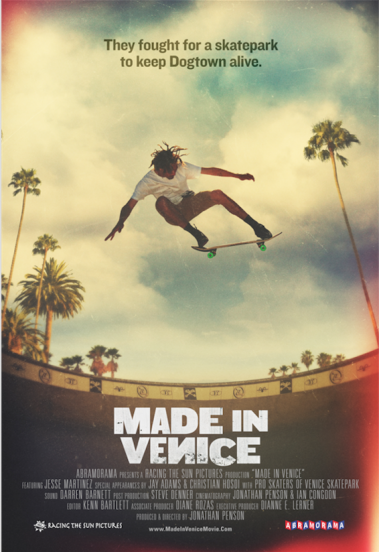 Article by Venice Paparazzi’s Alex Stowell.
–
It was a night for the royalty of Venice.  The premier of “Made in Venice,” at the Electric Lodge on July 16, 2016, was a exclusive, invite only affair, for the cast, crew and local press.   It was a history lesson of how the V got where it is.    There was over 40 years of footage, some never before seen. Taking the viewer through the 70’s, 80’s, 90’s to the current day, it covered the massive effort to get the skatepark built, and highlighted those involved.  This film is an essential piece of history, acknowledging and paying tribute to the ground soldiers whose tireless efforts brought to fruition a skatepark on the sand that millions now enjoy.  Know your history and honor those who came before you to create the world you now enjoy.  View movie trailer below!
. 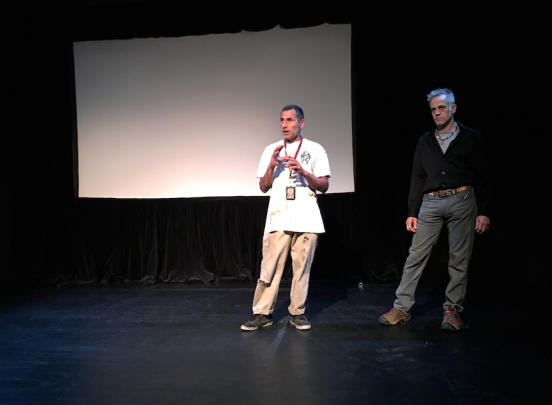 Skate legend Jesse Martinez and Made in Venice Producer/Director Jonathan Penson at the 7/16/16 screening at Electric Lodge in Venice, California.
–

About:  MADE IN VENICE takes you on a rippin’, shreddin’ ride with the skateboarders of Venice, from “raising hell” on the beach in their teens to turning pro and putting “street skating” on the global map. But their biggest challenge of all wasn’t becoming skateboarding legends, it was about getting what they dreamed of, and really wanted… a skatepark on Venice Beach for the community and the pro skaters of tomorrow.

Get your “Made In Venice” tickets now!  Opening night Aug. 25, 2016 at Laemmle Theater in Santa Monica. A Q&A session will follow the film with cast members.   www.laemmle.com/films/41134#get-tickets

Coming to theaters in the summer!  Visit  www.MadeInVeniceMovie.com for information, photos, and upcoming screenings.  Join Made in Venice on www.facebook.com/MadeinVeniceMovie. 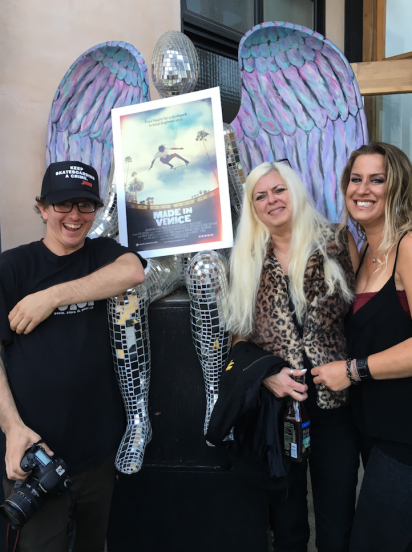 In this photo:  Juice Magazine’s Dan Levy and Terri Craft at the 7/16/16 screening 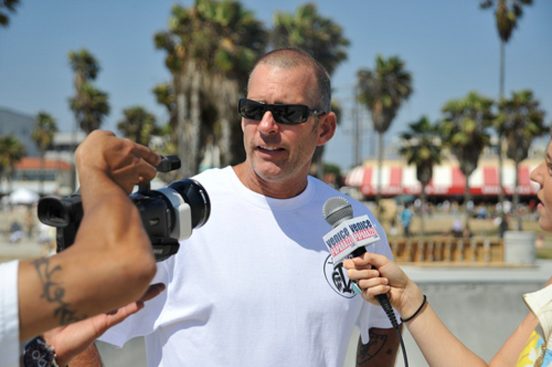 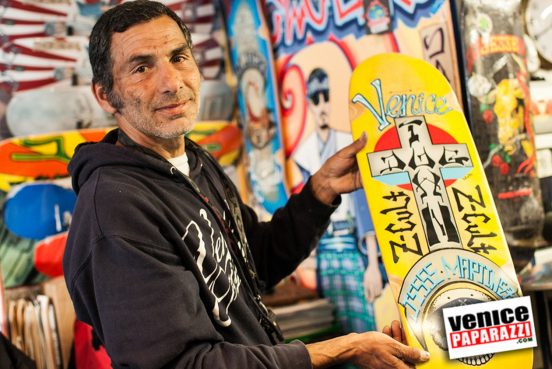 Skate legend Jesse Martinez.  Here is a message from Made in Venice!  “The fight for the Venice Skatepark took decades to win, however the fight to keep the Venice Skatepark clean is a daily battle that continues into the future, led by Jesse Martinez, with the support of an army of local skateboarders and the Venice community. Please tell your local city official that the City of Los Angeles should give Jesse Martinez the official job of cleaning the park as he has been doing for FREE since 2009.” 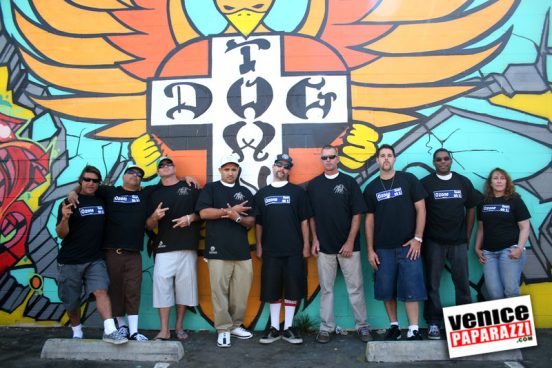 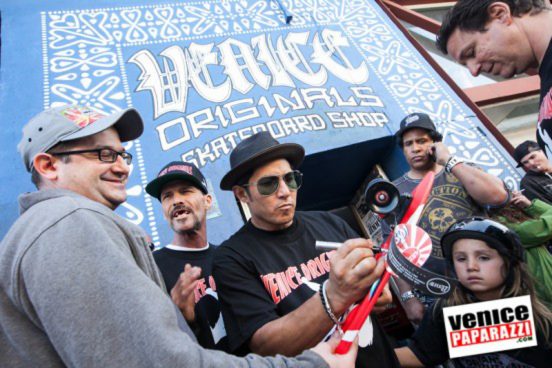 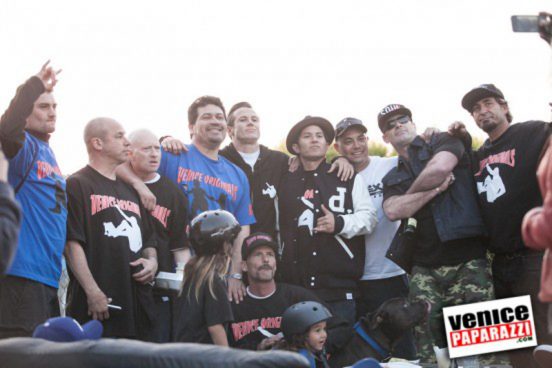 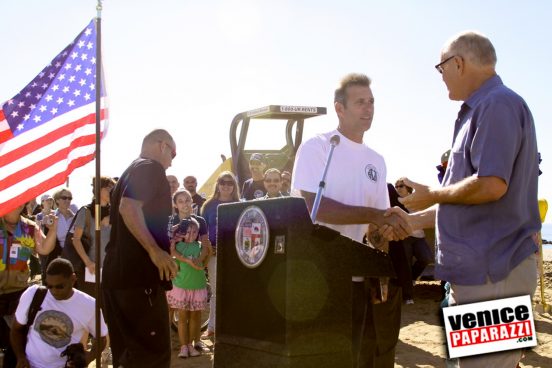 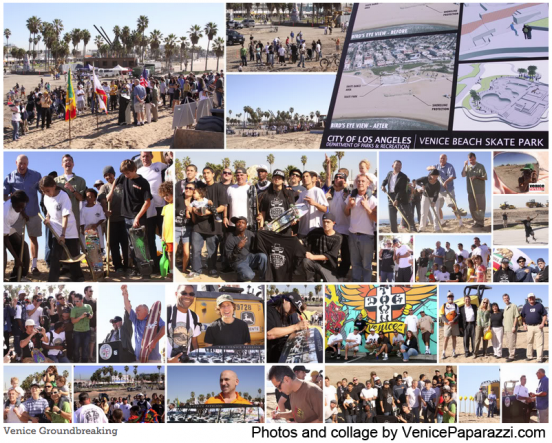 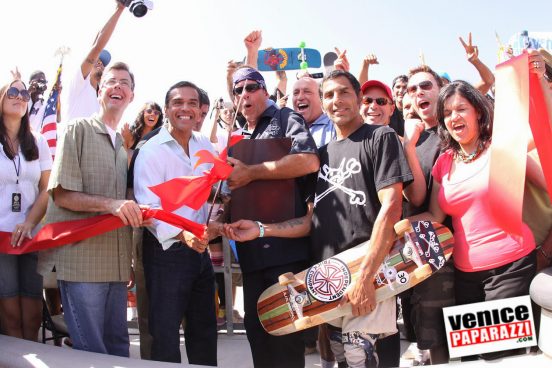 Saturday, October 3, 2009 was one  of the biggest days in Venice history!  This day marked the culmination of a 14 year effort to bring a skatepark to Venice.  In this photo:   Mayor Antonio Villiagrosa, L.A. City Councilmember Bill Rosendahl, L.A. County Supervisor Zev Yaroslavsky, Jon Mukri, General manager of the Department of Recreation and Parks, Gary Lee Moore, City Engineer, Ger-I Lewis, Executive Director of the Venice Surf and Skateboard Association, Jesse Martinez, professional skater, the Venice community and many more. 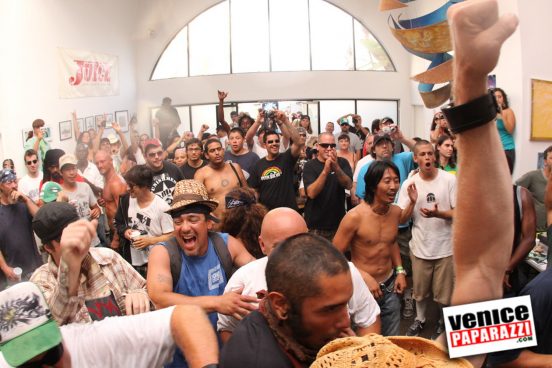 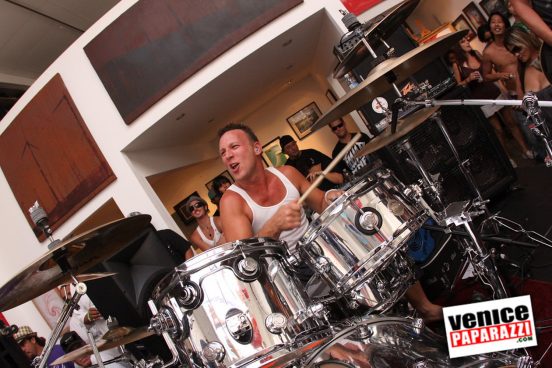 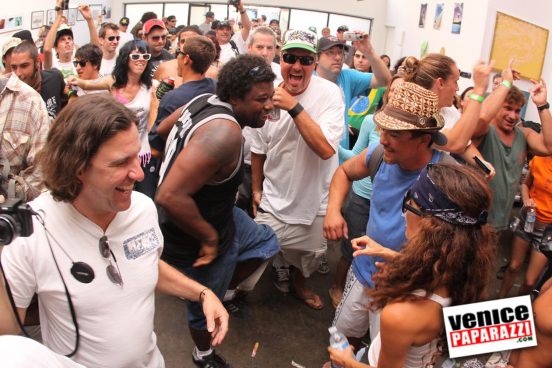 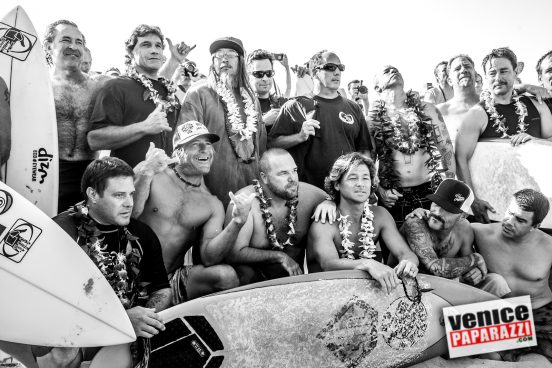