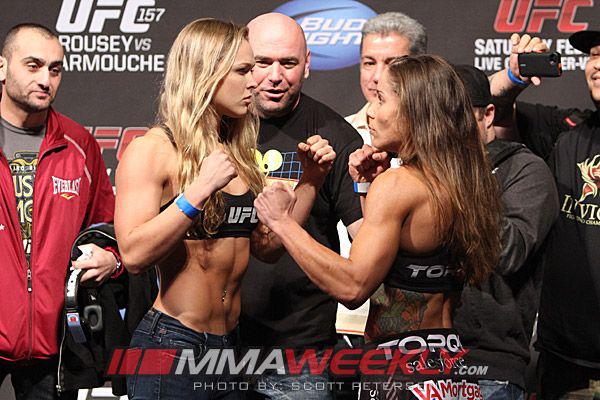 History was made on February 23, 2013 as Ronda Rousey and Liz Carmouche met in the first-ever UFC women’s title fight. Awesome to watch!

About:  Ronda Jean Rousey (born February 1, 1987) is an American mixed martial artist and judoka. She is the first and current UFC Women’s Bantamweight Champion, as well as the former Strikeforce Women’s Bantamweight Champion.She has finished all of her opponents by armbar in the first round. Rousey became the first American woman to earn an Olympic medal in Judo at the Summer Olympics in Beijing in 2008.   For more info:   http://rondamma.com 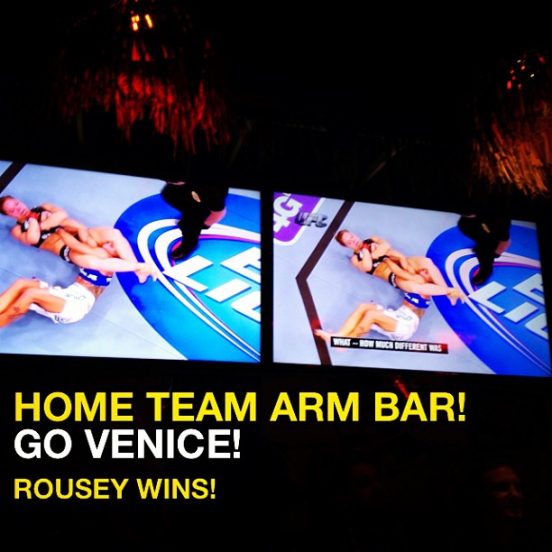 Above photo taken at Cabo Cantina. 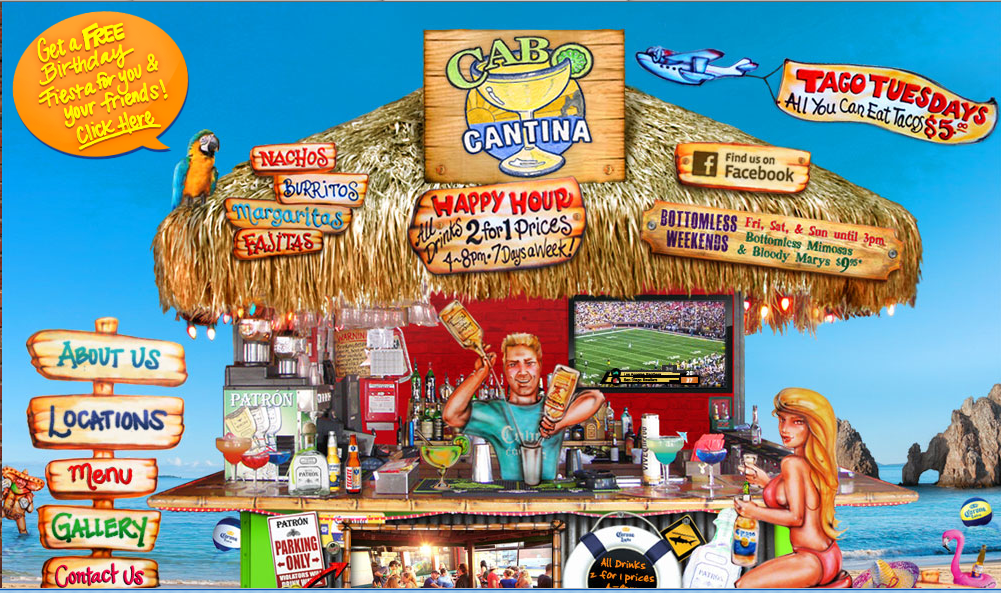 Cabo Cantina is the ultimate sports event and pay-per-view fight destination, with up to 50 extra large HD flat screens scattered throughout each location and drink specials all night long.

Our famous 2-for-1 priced Happy Hour lasts from 4-8pm, 7 days a week…and we have a 2-for-1 Late Night Happy Hour at all of our locations!