We are all freaks!  One of a kind magical beings of the Universe! And Todd Ray, curator of the Venice Beach Freak Show is on a mission to make sure we remember that. 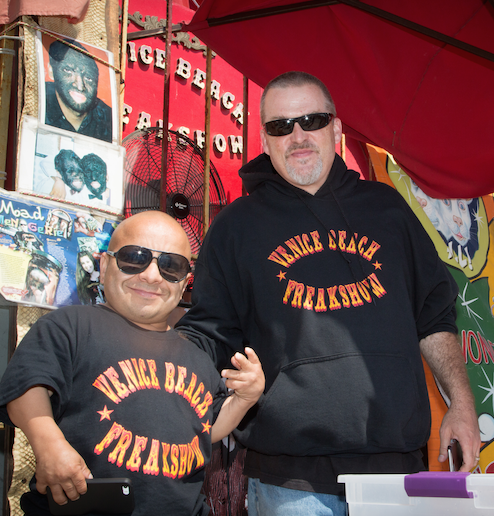 The Grammy Award winning music producer walked away from a contract worth millions to “follow the carnal pull of his soul,” and help people recognize and connect with their own sacred individuality.

While growing up in Charlotte, NC.  young Todd Ray went to the fair one fateful evening, and that was the beginning of a destiny that would unfold before him years later. Beset upon Todd’s eyes was the human cigarette factory. A limbless man who rolled a perfect cigarette from scratch, using only his mouth. And, if that was not impressive enough, the performer struck a match and smoked the cigarette too.

Fast forward to 2005 and Todd, in the midst of a successful career in the music industry, and about to the deal of a lifetime, has a life defining moment. He is struck by an overwhelming sense of purpose and tells his wife, “we are going to start a freak show, to help people transform themselves, even if just for a minute.”

The Freak Show is a way for Todd to show people that the “world is a never ending mystery, to wake up ‘em up, and to remind folks to not get caught up.” 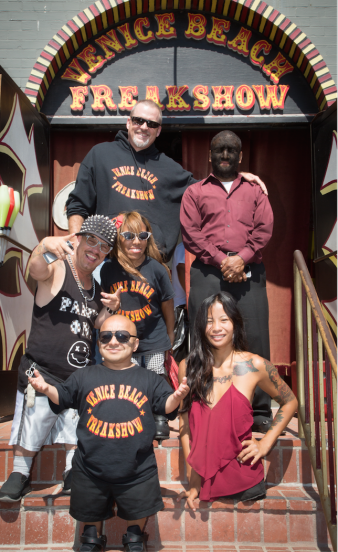 10 years strong, and with its own TV show,  the Venice Beach Freak Show is rolling ahead full steam, “congratulating the misfits” and opening peoples minds to the limitlessness of the journey. The show has been seen in nearly every country in the world and Rolling Stone magazine did a story on Todd.

Venice was an obvious choice of location for the Freak Show. Todd says “Venice is already weird, and it is open to freedom of self expression.” A perfect combination it seems.

For a visitor coming to Venice, the skate park, boardwalk, and Freak Show  are must see destinations, says Todd.  His own favorite thing to do in Venice is sit on the beach at night and look at the stars, ever reminding him of “how small worldly problems are.”

When he is not inspiring and wakening others with his work, Todd devotes time to the rescue of special needs animals.

This guy is an inspiration and a benefit to the community. So, if you don’s know Todd, or have not been to the Freak Show, get on down to Brooks and OFW and say hello.

“If I am not creating, I am dying.” Todd Ray 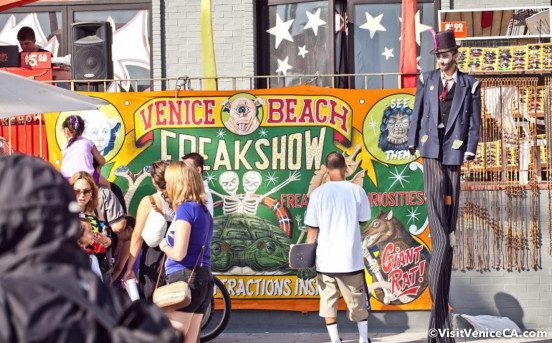 Thing to do in Venice, Ca is to check out the Venice Beach Freakshow!

You can also meet Rocky the five-legged dog and Freddie the five-legged frog!  Their show combines a small oddities museum, with a live circus sideshow of amazing people and performers.  Included are the smallest man in America, the Wolf Boy from Mexico, the Bearded Lady, Sword Swallowers, Fire Eaters, the Bubble Boy and the he Living Half Girl.

As well, the Freakshow even has its own TV show “Freakshow,” that can be seen on Netflix.