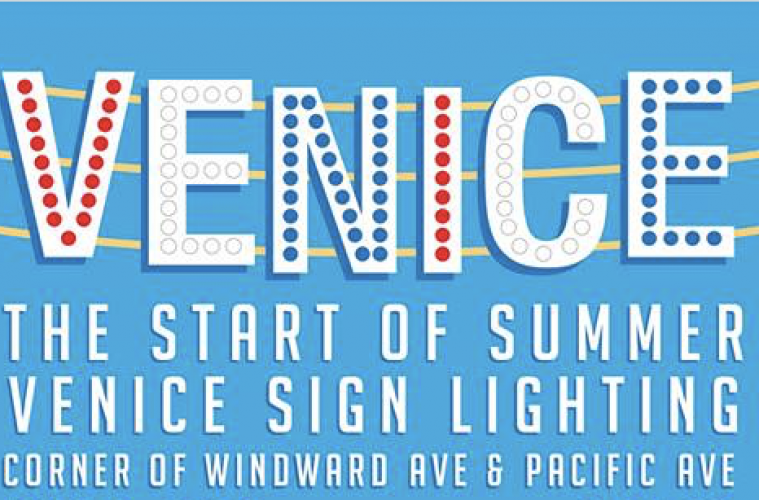 Did you know that July 4th is also Venice, California’s birthday? 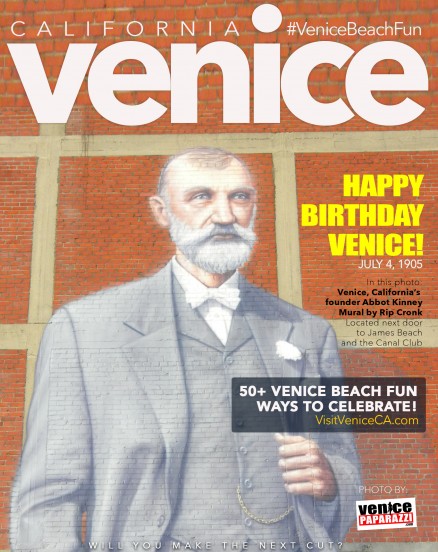 The legendary Abbot Kinney introduced the world to Venice in 1905 on the 4th of July.
.

About the Venice Sign:  Spanning across Windward Avenue at Pacific, the VENICE Sign in lights is a modern day replica of the one originally installed in 1905 by the legendary Abbot Kinney.  It is a defining symbol of Venice, past and present.  View all Venice Sign photos by Venice Paparazzi.  For more Venice Sign info or to adopt a bulb, visit  www.VeniceChamber.net 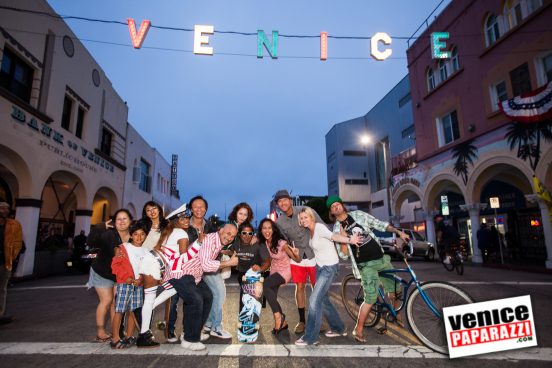 Thing to do this 4th of July weekend:

Welcome to Venice!  Let’s have a short history lesson on this magical place.

Venice was founded by tobacco millionaire Abbot Kinney on July 4, 1905. Kinney’s idea was to created a place dedicated to health, higher learning, and education.  A place where people would come to relax and enjoy the ocean air while following intellectual pursuits.  After opening, Kinney brought in professors and writers to deliver lectures to what he thought would be well attended seminars.  Much to his disay, the idea flopped!  It turned out people were much more interested in carnival rides and side show attractions.  So, Kinney gave the people what they wanted. He built and amusement park, a pier, a miniature steam train, 16 miles of canals with gondola rides, and more.

Some cool facts about the V

About Detour:  Beautifully produced GPS audio walks that take you beneath the surface of cities around the world.  Detours are narrated by locals who know the city best, and are infused with cinematic scoring and storytelling by some of the best writers and sound designers in the world. Taking a Detour is like walking around inside a movie.   Available on iOS and Android.   Detour has audio tours for the following cities. Los Angeles,  San Francisco, New York City, Chicago, Los Angeles, Austin, London, Paris, Berlin, Barcelona, and Marrakech.  View all LA Detours! 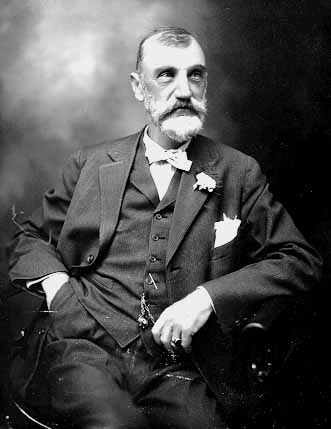 Here is a great website on the history of Venice, Ca  Westland.net

Visit Don Westland’s website  www.westland.net/venicehistory for more on Venice History. His interactive educational site (online since 1996) covers the history of Venice Beach, California. It features timelines, historic articles and photographs, interactive maps that when clicked on show historic views, and a list of movies filmed on Venice’s streets, amusement piers and canals.

Here is a good book on Venice, California history!    Pick up a copy of Jeffrey Stanton’s book “Venice, California – Coney Island of the Pacific.” You can find him on the Venice Boardwalk on the weekends!  The book contains over 300 photographs, mostly B/W, but a few in color appeared as postcards or are more recently taken photos by the author. Many are full page-sized archival quality photographs of great historical interest. Additionally, there are a half-dozen schematics of amusement park layouts.   There is extensive well-written & well-researched textual material on the rise and fall of Venice, its heritage & many eccentricities over the past 100 years.   You can also order online here!   Click here for more info, or contact Jeffrey Stanton directly at [email protected]

For all Venice Beach Fun:  www.VisitVeniceCA.com