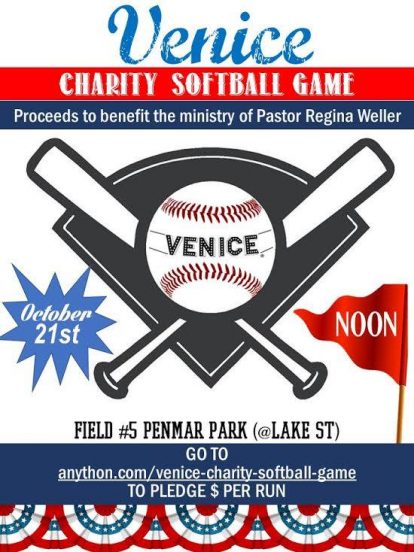 Under a blue sky at Penmar park on Oct. 21, 2017, the Venice Chamber of Commerce came from behind in the last inning to get the W over the Venice Neighborhood Council in what had seemed like a done deal for the N.C.

A late Chamber rally, that included a legendary slide by Venice Paparazzi’s Edizen Stowell, kept the Chamber in it just long enough for George Francisco to knock in the winning run.

This first-ever Venice Charity Softball game  was held to raise money for the continuing homeless ministry of Pastor Regina Weller. Regina is the single most effective advocate for rehousing individuals living on the streets of Venice. Her mission has come at a cost and we as compassionate residents and stakeholders of the Venice community are coming together to help her continue her successful efforts. Not only does she help those in need by putting them into housing, but she creates a healthier and safe home for all of us here. 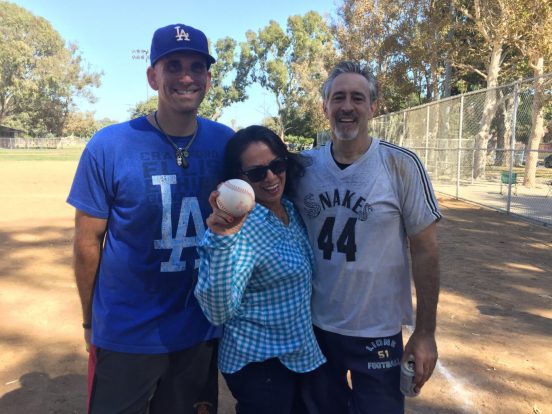 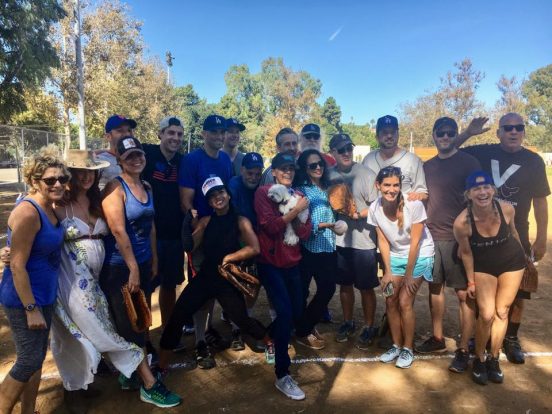 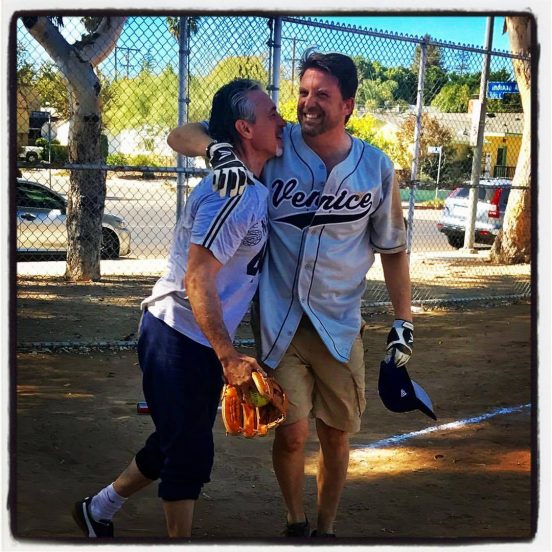 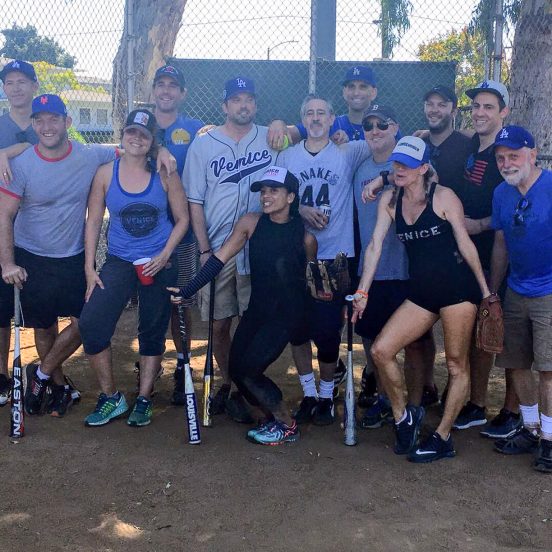 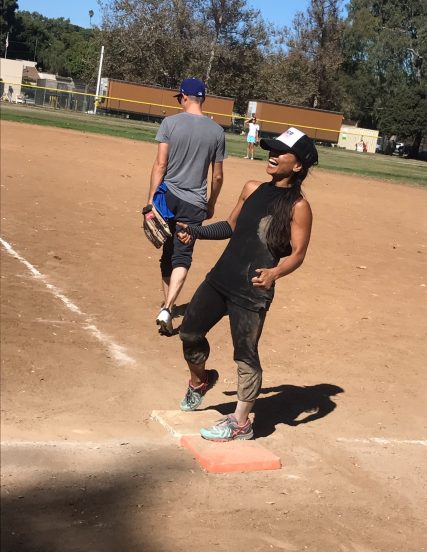 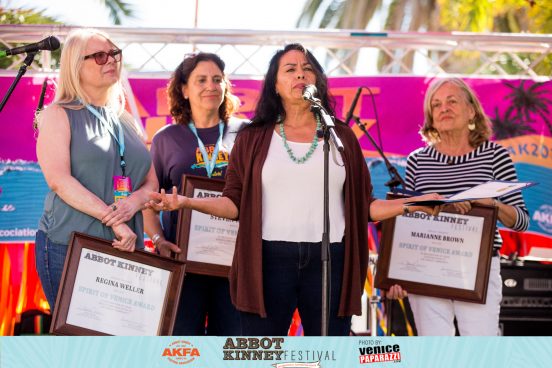 Here is a photo of Regina Weller accepting the Venice Spirit Award at the 2017 Abbot Kinney Festival.  Since 1989, the Abbot Kinney Festival Association has recognized exemplary stakeholders nominated by the community for their contributions to the spirit, creativity and uniqueness of Venice.  The first Spirit of Venice Award was presented at the 6th Annual Abbot Kinney Festival in 1989 to descendants of Abbot Kinney, the Founder of Venice, California.  View all photos by Venice Paparazzi here!

We didn’t know Regina Weller personally, however after finding articles online about her work here in Venice, we look forward to meeting her in person.   Here are some articles we found online.

2.  Dec. 9, 2016 message from our Councilmember Mike Bonin.  “I am inspired by and proud to support the work of Regina and Steve Weller, who conduct homeless outreach in Venice and help connect people forced to live on the street with services, housing and often their families. This year alone, the Wellers – LAPD Chaplains and pastors at Venice Foursquare Church — have helped 118 homeless people get into rehab, get into housing or get reunited with their families, Their work is an important part of the comprehensive efforts we are making to reduce and prevent homelessness in Venice.”   View full article here!

3.  Jan. 11, 2017.  11th District’s Neighborhood Heroes are Chaplains Regina and Steve Weller.  A message from Councilmember Mike Bonin.   “The Wellers are Venice’s miracle workers, relentless, compassionate missionaries of hope. Together, on a shoestring budget and with tons of determination, they have helped house hundreds of homeless people or reunite them with their families.

The Wellers conduct homeless outreach in Venice and help connect people forced to live on the street with services, housing and often their families. This year alone, the Wellers – LAPD Chaplains and pastors at Venice Foursquare Church — have helped 118 homeless people get into rehab, get into housing or get reunited with their families. Their work is an important part of the comprehensive efforts we are making to reduce and prevent homelessness in Venice.
Steve describes himself as an Army Veteran and a former green beret, with an expertise in ham radio operation. A recovering alcoholic, Steve says his life turned around when he got sober. He facilitated recovery meetings in various areas of Los Angeles including Venice, Skid Row, at a 500-bed shelter in Los Angeles, and at the VA facility, and in 2003 became the Senior Pastor of Venice Foursquare Church. In 2006, he was ordained and credentialed as a Police Chaplain. He is the Director of the 501c3 public charity, the Homeless Task Force, assisting the unhoused in the Venice community and adjacent with safe haven options.

.
Regina, who met Steve in Venice in 20 years ago and married at Venice’s Foursquare Church, is a native of the San Fernando Valley who has always had a calling for helping others. While she worked as a paralegal, in engineering, and in aerospace, she says she always “had a heart for disenfranchised women living on the street,” and became an ordained credentialed Crisis Chaplain in 2007. Since then, she has deployed on a voluntary basis with LAPD’s Venice Beach Detail, assisting the homeless. She is currently the Executive Director of the public charity, the “Homeless Task Force”, and has an abiding interest in the health and well being of the Venice community where she has lived for 23 years.

.
“It is especially gratifying for me to see a person overcome great challenges, become hopeful about their future, and become an asset, if even in the smallest way, to others,” Regina says.   View full article here!