It was a spirited discussion on April 19 at the Venice Neighborhood Council VEXIT meeting regarding  the prospect of Venice becoming its own city.  View video below of VEXIT meeting.

Here is a message from VNC’s Hollie Stenson:
Last night we had a great, two-hour discussion on whether or not it is plausible for Venice to achieve city hood. We had a wonderful panel of experts who chimed in on a variety of issues from economic viability, to gentrification and culture, and the step by step processes of what it would take, should the community decide this is something they want to do.
There was impressive engagement from our wonderful Venetians, with nearly 200 in attendance, nearly 1000 tuning into the FB livestream, and all the major LA television news teams in attendance.

Fun fact for those who don’t know:

Venice was originally its own city, separate from Los Angeles.  Abbot Kinney died in 1920, after which Venice struggled to self govern. In 1926 Los Angeles annexed Venice.

Here are some comments from the Facebook post of this video, as well as some quotes that we got from involved parties.  Enjoy!

Eileen Archibald · 1:42:02 No to Vexit! I have to get off, no elder Venetians represented here. I’ll be canvassing my home town if any bill arises. #No more Gentrification #SaveVenice

Robin Murez · 1:44:32 Vexing would enable Venice to keep its revenues for its people, Venice’s DIVERSE people could be served by Vexit. LA trashes Venice. Being it’s own city, Venice could serve the needs of all of us

Traci Park · 1:47:26 Is independent citihood financially feasible? For example, are there sufficient revenues to fund city employee and their pensions? Will police and fire be local or contracted out? What about other services? Is the homeless crisis the main issue driving this movement? Are all the anti-gentrification folks who support Vexit going to understand and accept that gentrification will be necessary to drive up revenue to support independent cirihood? Will venice be at at large or districted city?

Robin Murez · 1:34:47 A disproportionate amount of homeless housing and services are planned by the City for Venice.

VNC Nick Antonicello: The Town Hall was a content rich discussion moderated by Outreach Chair Hollie Stenson on the topic of detachment and cityhood. We had several government and media experts who offered great insight on the process and path to such a journey. We had about 200 interested Venetians take part in this conversation which brought out many residents as well as stellar coverage by the print and broadcast media,” – Nick Antonicello, Chairman of the Ad-Hoc Committee on Venice Cityhood.

Mike Bravo There’s some genuine intentions to secede but it’s is mostly hype. The news is really struggling to find worthwhile stories I guess.

David Strohm In 2002, the California State Legislature had a rule that said ALL of LA had to vote for valley secession. The SFV voted in favor of it, but the rest of LA didn’t, so the measure failed. But that was because the rest of LA wanted the Valley tax dollars– perhaps that wouldn’t be an issue with Venice seceding.

VNC Melissa Diner:  I was so happy with the turn out and response from the community. When it comes to the VNC on controversial topics I am always worried that passions will run wild, but I think everyone really felt it was a well organized, highly informative and educational meeting that made Venetians on both sides question what type or government is best for Venice. I hope we keep that question alive!

Rick Garvey There is no chance LA votes to release Venice so it’s really a moot point.  That said I also think it’s a terrible idea.

VNC Vice President George Francisco:  I think the idea of Venice returning to its historical origins as its own municipality is valid, important and it’s not hard to imagine that an independent Venice might well work more effectively to address some of our vexing issues.  It would also be a real opportunity to return to our roots as a destination location that valued art, culture and innovation the way Abbot Kinney envisioned.

Thank you for reading! 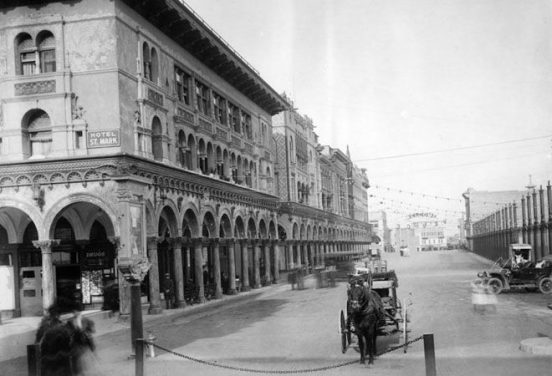