World’s Largest Art Film Festival to Present 92 Films from 27 Countries.  Many Having their Premieres June 8-14 on Vimeo

“Marcel Duchamp: The Art of the Possible,” directed by Matthew Taylor, is a Feature Presentation of the films from around the world, many having their Premiere at this year’s festival. FAFF will also feature profiles of renowned artists including Salvador Dali, Jesse Lott, Clement Meadmore, and most importantly, artists forgotten and discovered. Comedy, tragedy, famous and infamous art, music, dance, and performance world figures will be presented in this not-to-be-missed seven-day online event. Live Q&A’s with filmmakers and artists will begin soon and be broadcast during the festival. 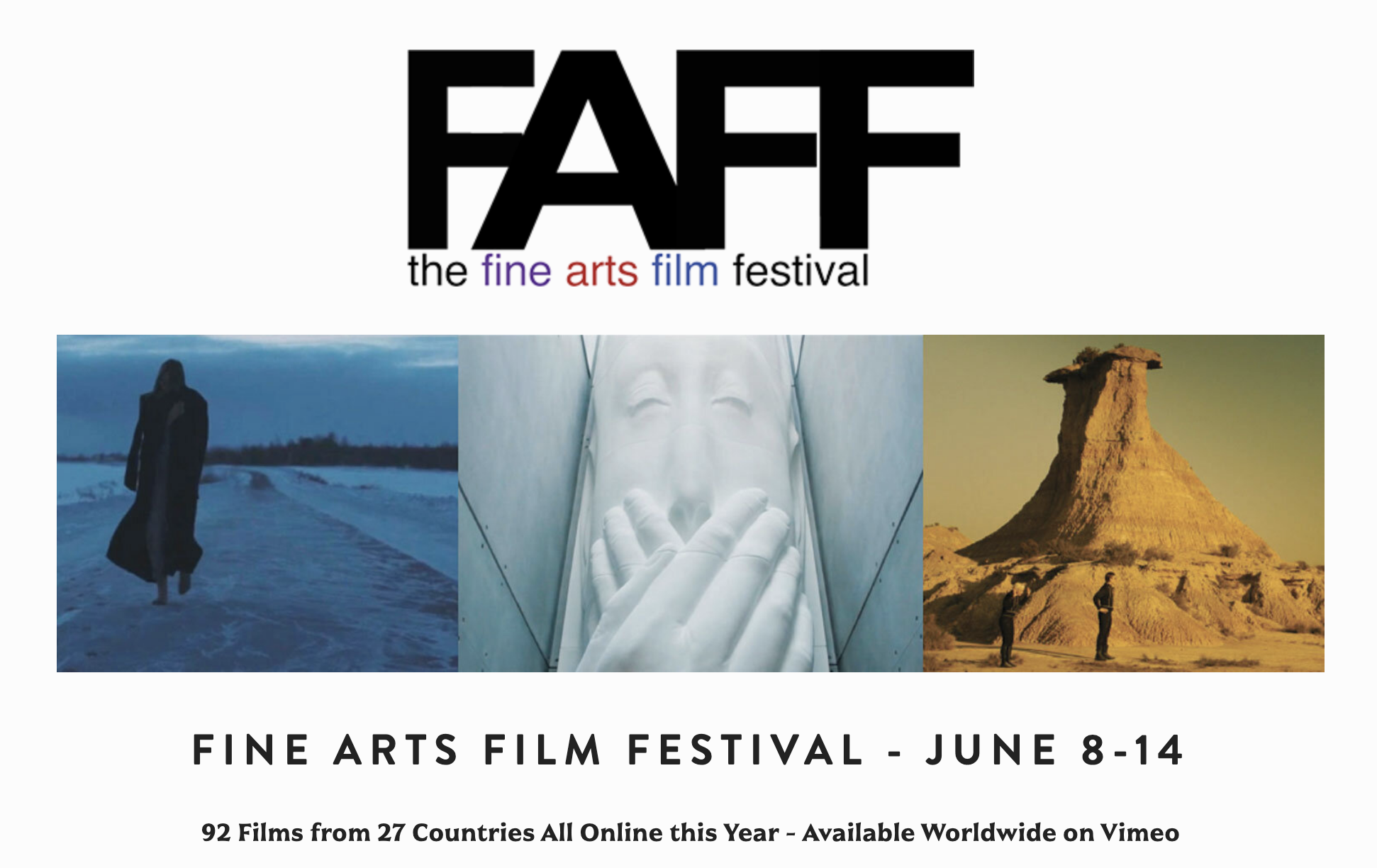 Ticketing information is available on the ViCA website. Eight curated series of films (running an average of 6 hours each) are being offered at $10 per series. A festival pass for all films will be available for just $20.

The festival is dedicated to presenting the finest new films about art in the western capital of the art world – and now globally – to highlight the world art community. The films — narratives, documentaries, experimental, and hybrid genres — tell stories about how art is made, how artists survive, how they think and work, and what makes creativity our most important skill, and our best hope for mankind.

“Considering the world situation, the fact that we received so many more submissions this year, and are able to select so many more films is very gratifying,” says Juri Koll, Founder and Director of ViCA, which produces the festival as part of its ongoing exhibition programs. Koll adds, “We’ve had to pivot quickly to get this online with permission from all the filmmakers. We are very proud to be screening many great and never-before-seen films from fine filmmakers from around the world. Films about art and creativity are a labor of love, and the film and art worlds have always intertwined. It’s easily forgotten how much blood, sweat, and tears go into the work we do. We expect this festival will amaze audiences with intelligent, cutting edge, eloquent, passionate, and fun films.”

The FAFF 2020 Awards Ceremony will be presented online on Saturday, June 13. at 8pm PT.

The Official Selections of the VR section of FAFF 2020 will be announced shortly. The VR 360 films will go online on Vimeo June 22, with awards being announced on June 27.

All Official Selections of FAFF past and present will be offered a distribution deal through the ViCAFilms/Big Pieces Company partnership.

“We’re excited about the opportunity to work with FAFF, ViCA Films and the filmmakers to help share their films worldwide,” said Jim Quan, Head of Sales and Marketing, The Big Pieces Company. “Over the course of its seven-year run, FAFF has done a fantastic job of assembling a wonderful collection of creative art films, all compelling works of art in their own right.”

Sponsors past and present include Blick Art Materials, Beyond Baroque, 4 Brothers Wine Co., Flake, the Estonian American Business Alliance, and many others.

About ViCA:  The Venice Institute of Contemporary Art (ViCA) is an arts organization devoted to identifying, protecting and sustaining the unique stories, history and culture of one of the most important centers of American independent artistic expression. Through its exhibitions, events, research facilities, and education curriculum, ViCA celebrates the world of art internationally, and most importantly the art and culture of Venice Beach/Southern California. Our founding in 2011 marks an ongoing commitment to our community – to present the art world from the perspective of it’s artists, writers, curators, collectors, and the art viewing public.