After 10 months, the encampment inside the fences that close off the empty for two years Muscle Beach Weight Pen, has been cleared!

At 7:45 this morning, 02/17/21,  L.A. Park Rangers, accompanied by a bull dozer and dump truck, showed up on Oceanfront Walk and evicted the two unhoused residents from their nearly year long digs.  The team also cleared the west wall of the handball courts.  Other encampments remain in the area inside handball courts (handsomely equipped with a full gym and art gallery), behind the paddle tennis courts, and on the west side of the basketball courts.

We asked the Rangers about the specifics:  They  were able to clear the west wall of handball because it is a fire lane, and  the Weight Pen on grounds of trespassing. They had no info. on what was going on with the other encampments in regards to being cleared. They also had no info on who green lighted the clean up for today after it was given a pass since March 2020

In is worth noting that later in the morning there was a heavy Police presence inside the handball courts, talking with the residents and appearing to be taking an inventory.

We caught up with an area resident, who asked not to be named, and asked them what they thought about the condition of the park, they said:

“It is about [email protected]#$ing time, and the fact that this has been allowed to go on, for grown men to live rent free on the beach, while law abiding citizens are forced to stay inside, abide by absurd and arbitrary mandates, while their businesses go bankrupt, is reflective of the massive fail and skewed priorities of those in charge from L.A. to Sacramento.  Truly disgraceful!”

Another resident had this to say:

“Clearly people cannot be allowed to live in the park.  However, the guy  who lived by the weight pit was actually quite a good neighbor in comparison with most of the new arrivals. He had been there for years living under the bleachers, he just did not have the giant camp that got removed today.  He was polite, non threatening, and quiet.  The new crop is violent, disrespectful, and filthy. It is a tragedy what is going on here.”

Here are some resources:

The Venice BID also has a community resource guide that has info for  homeless services, mental health, and more. 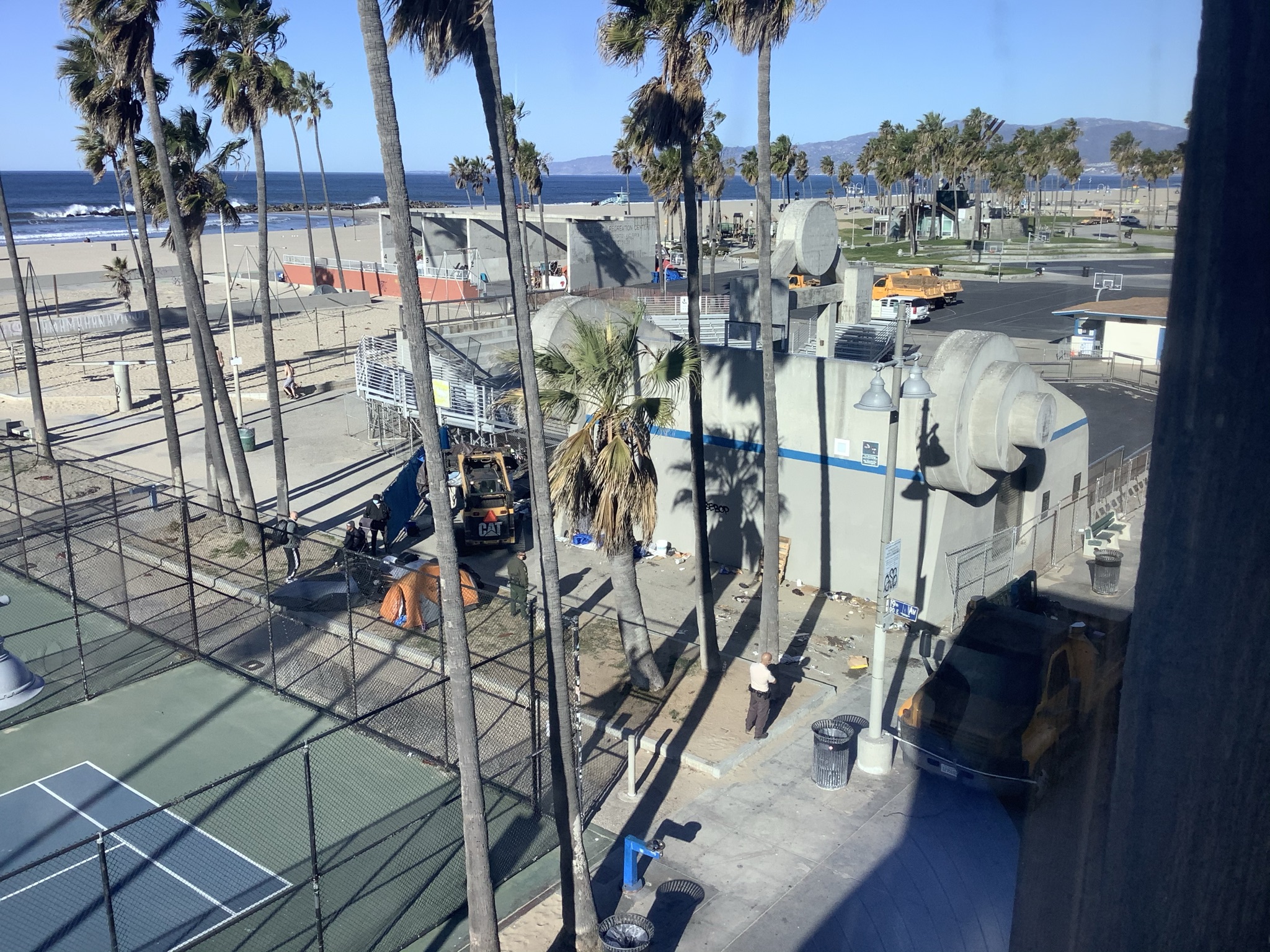 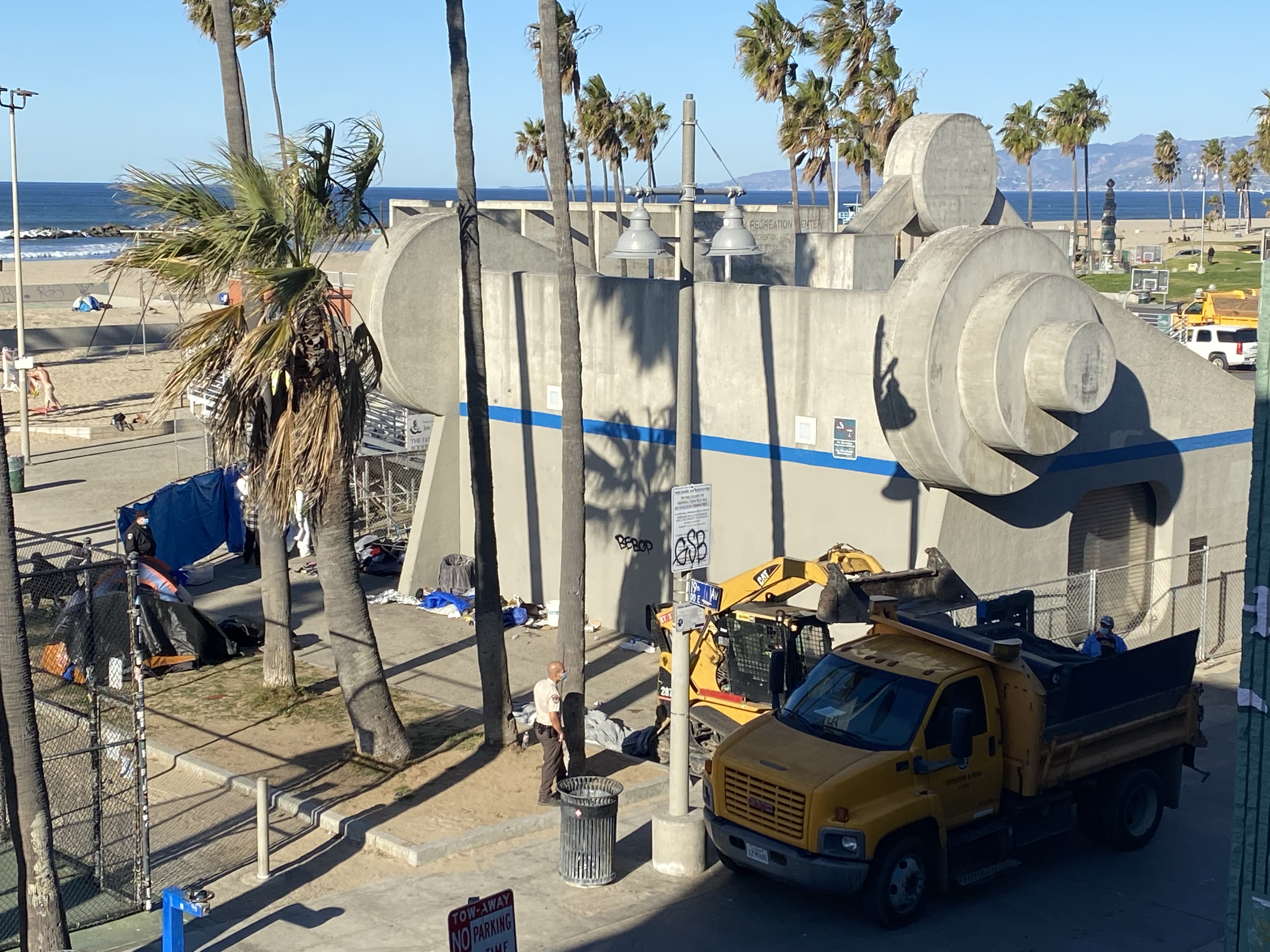 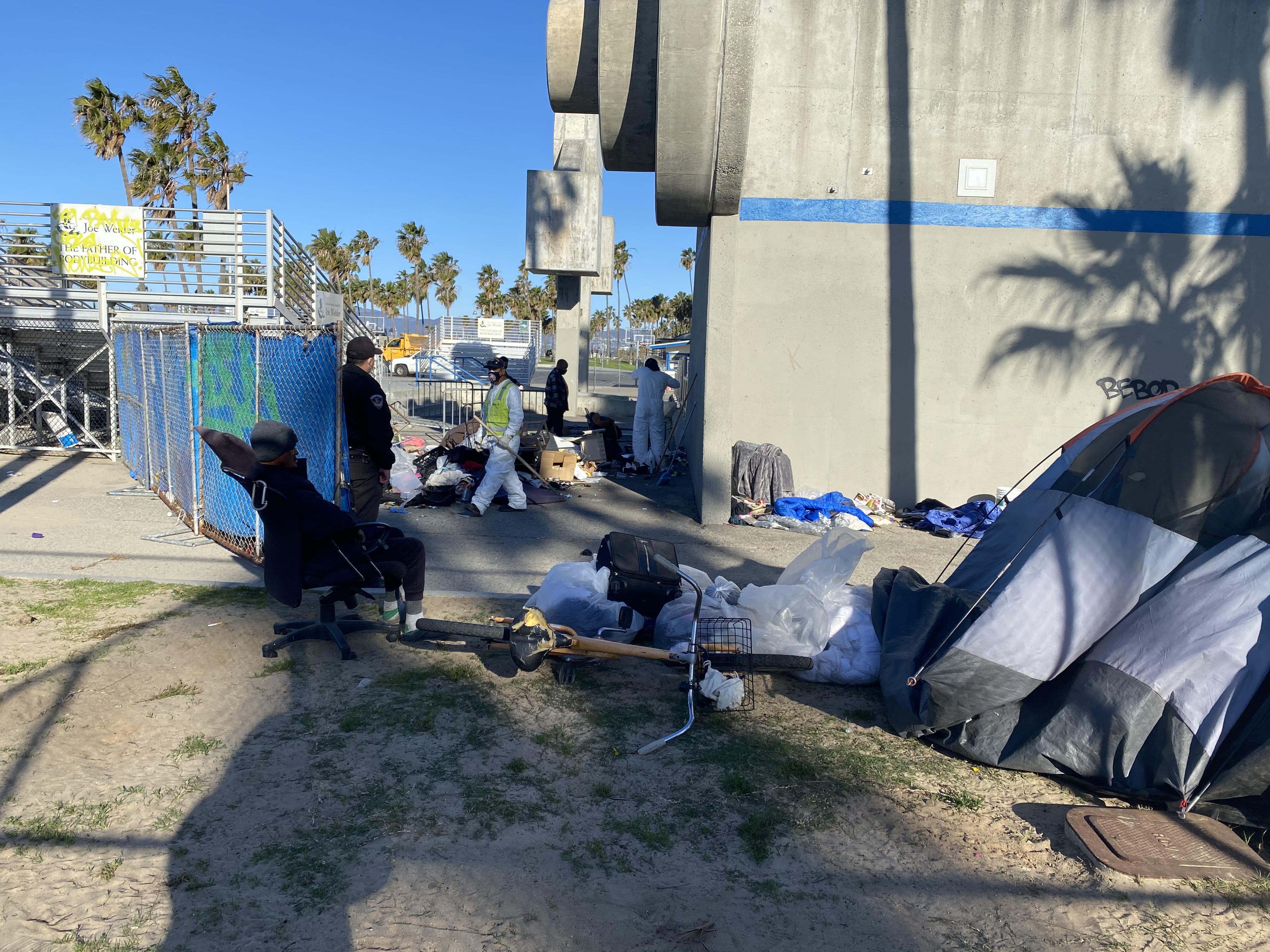 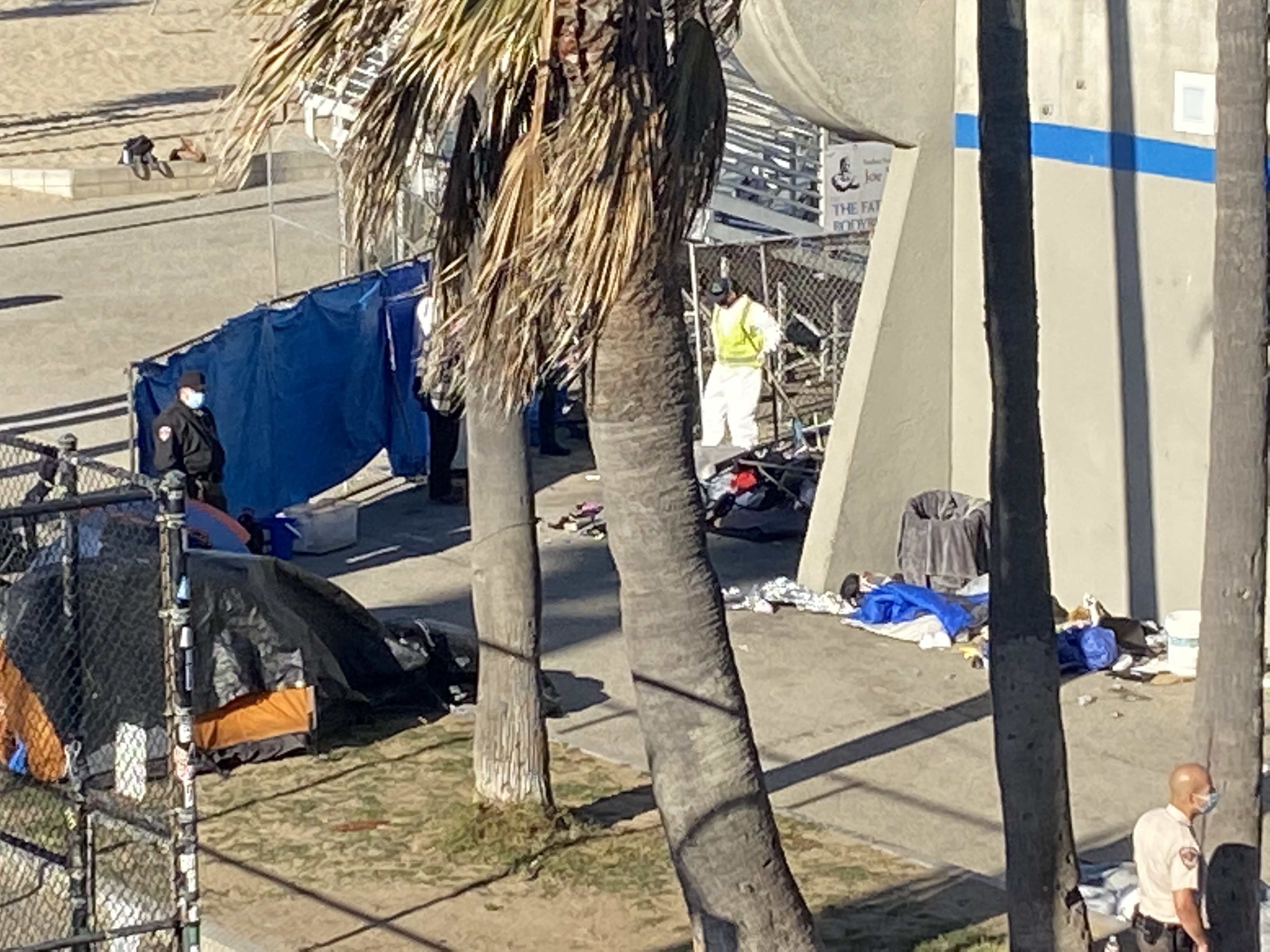 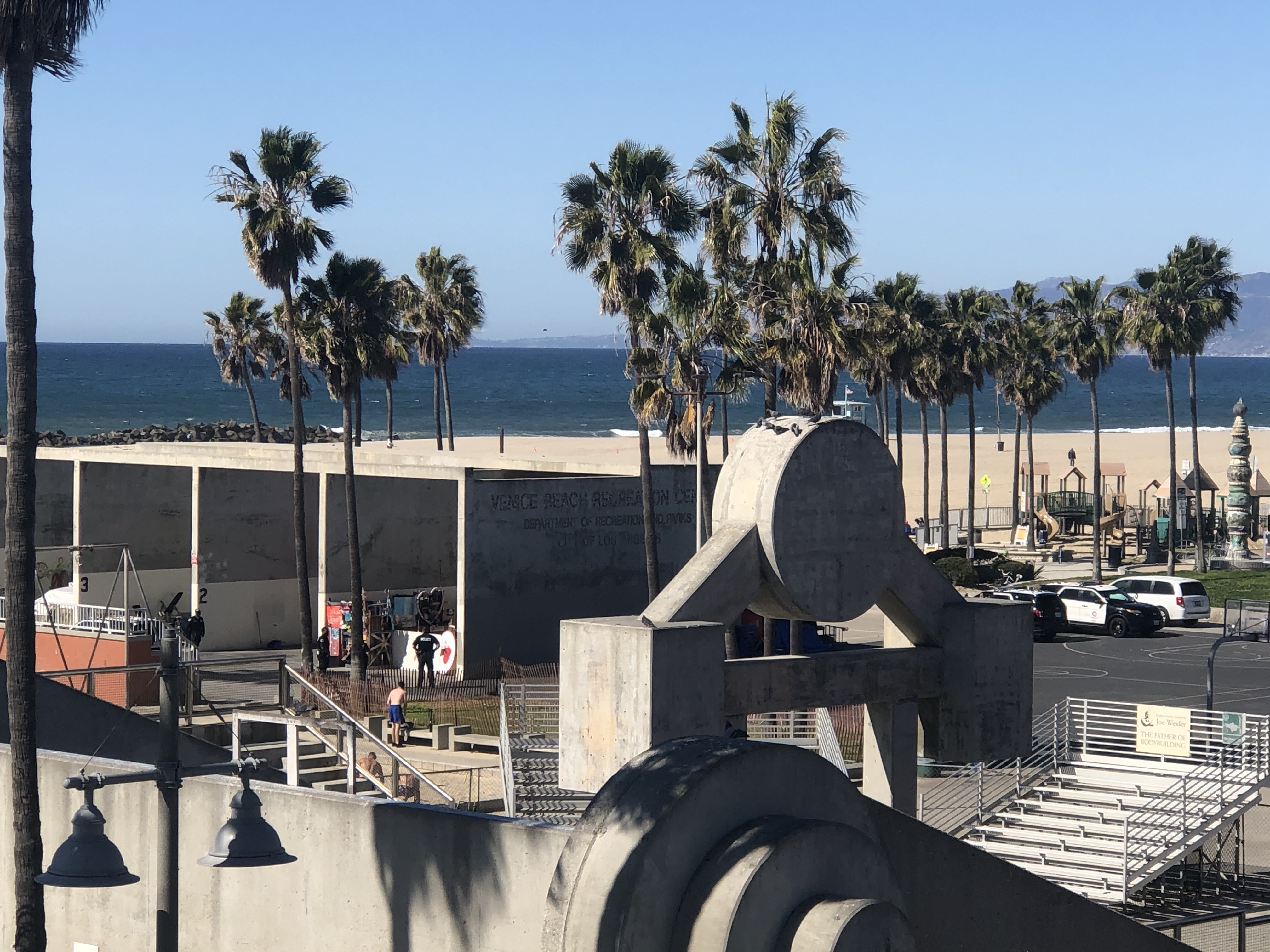 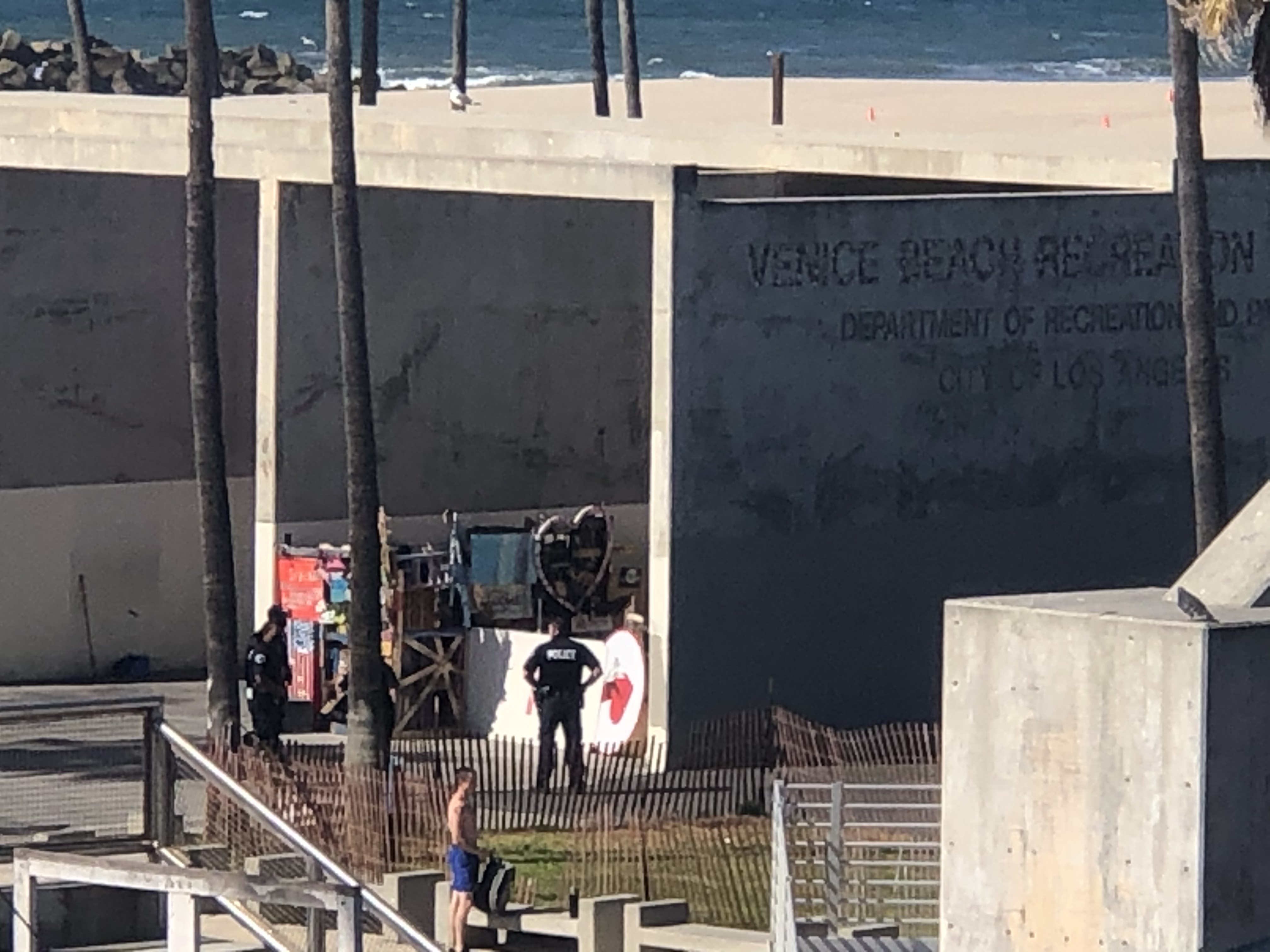 Photos of Muscle Gym and the Handball Courts taken earlier this month. 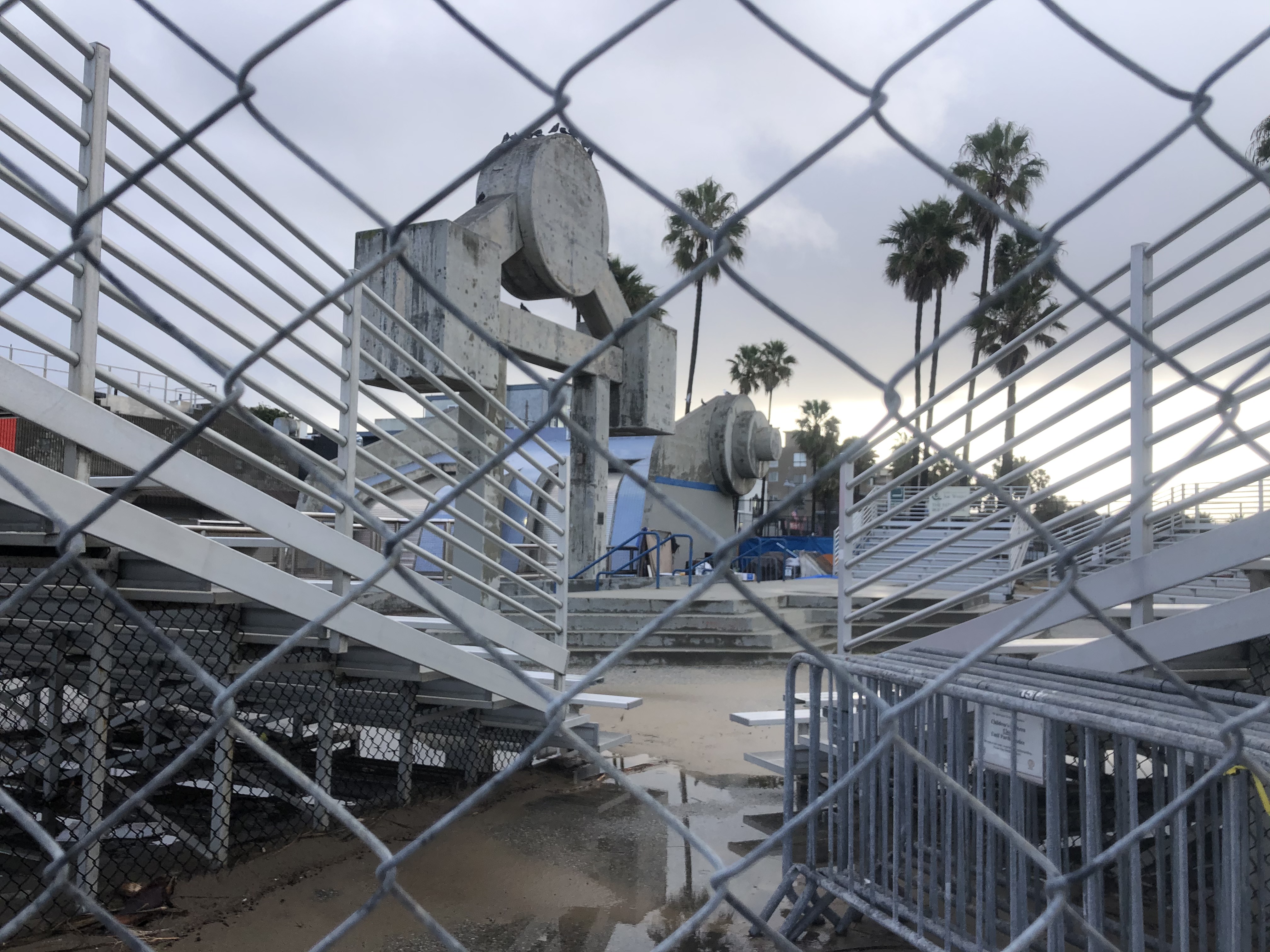 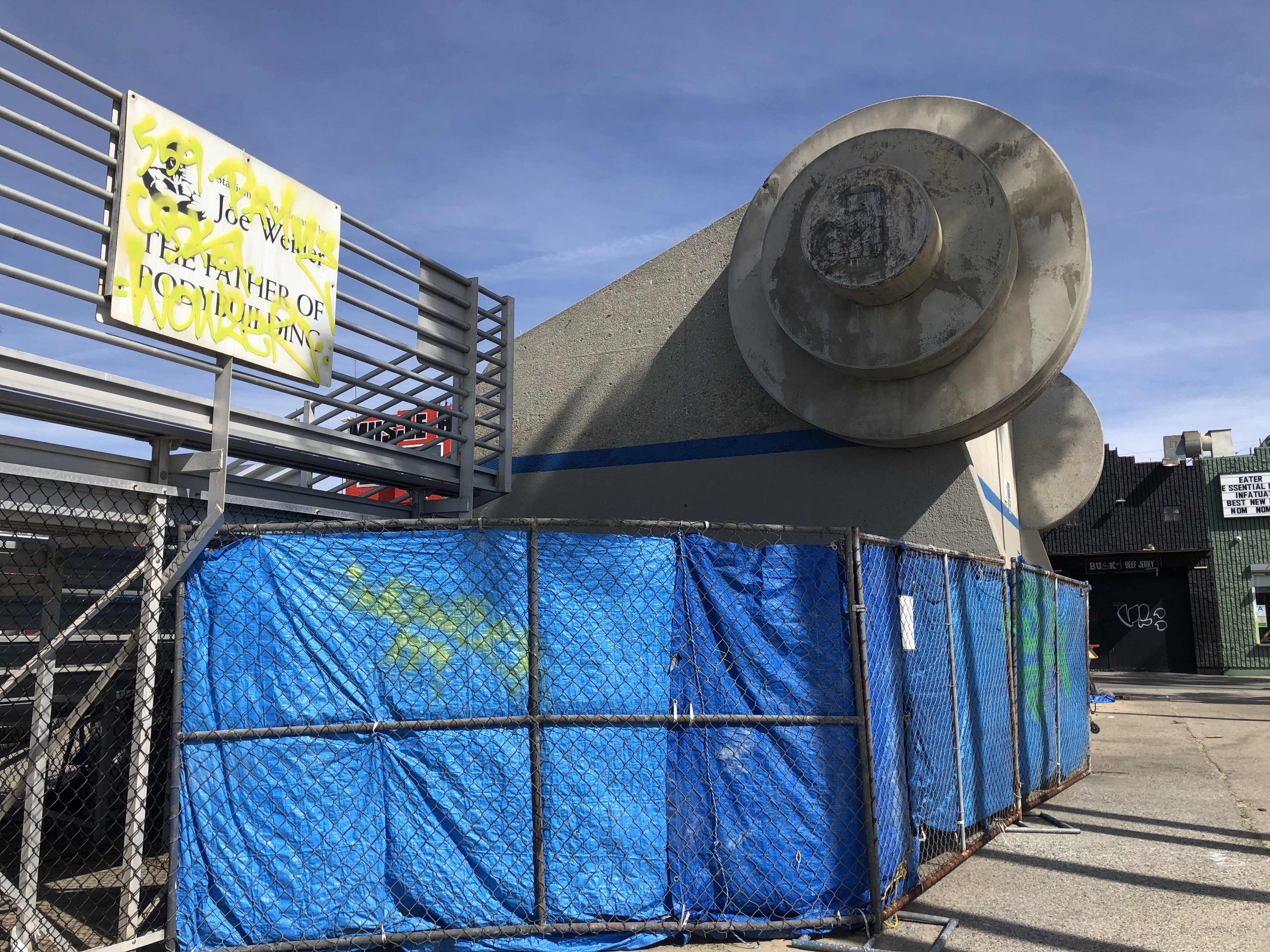 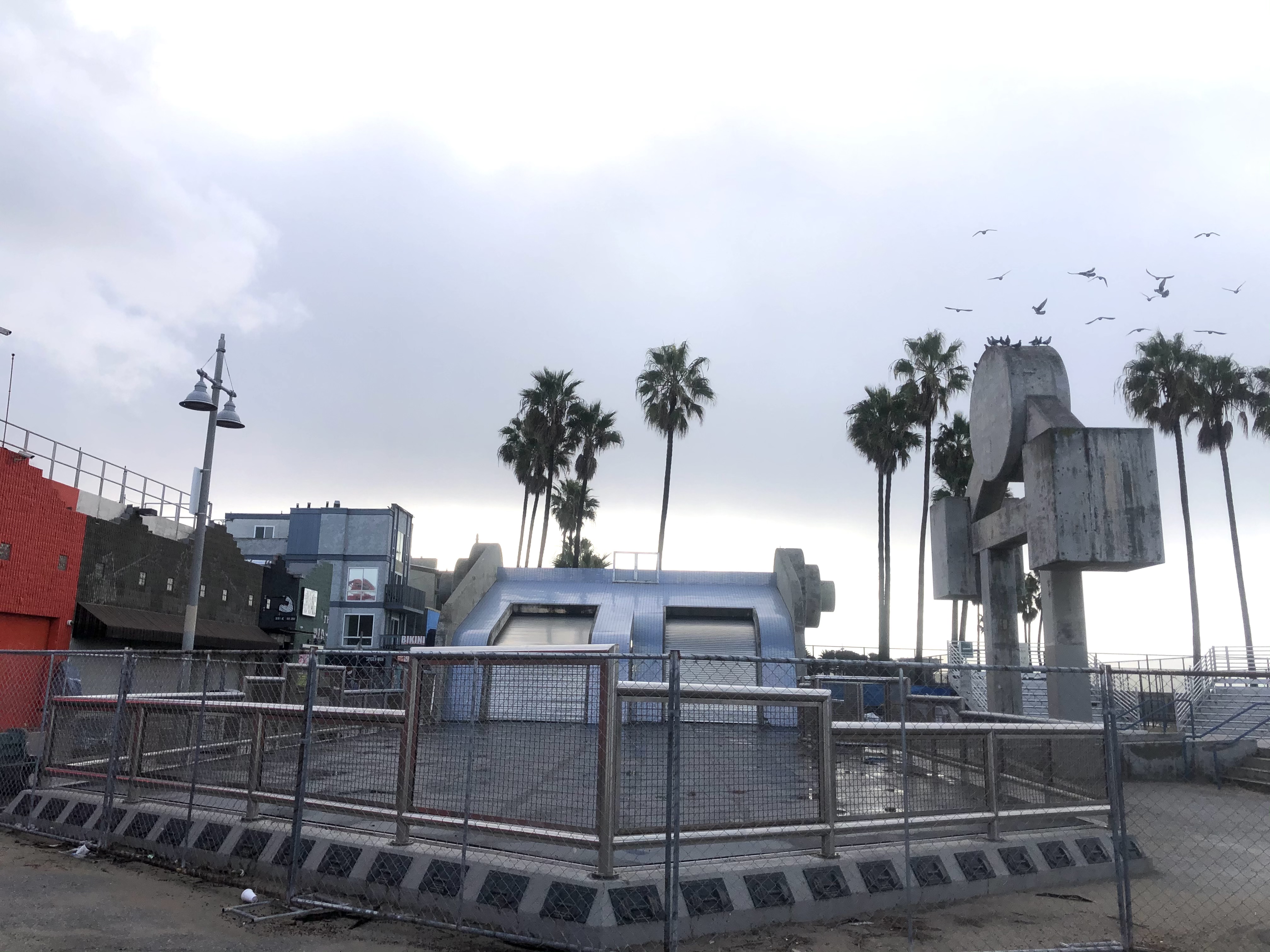 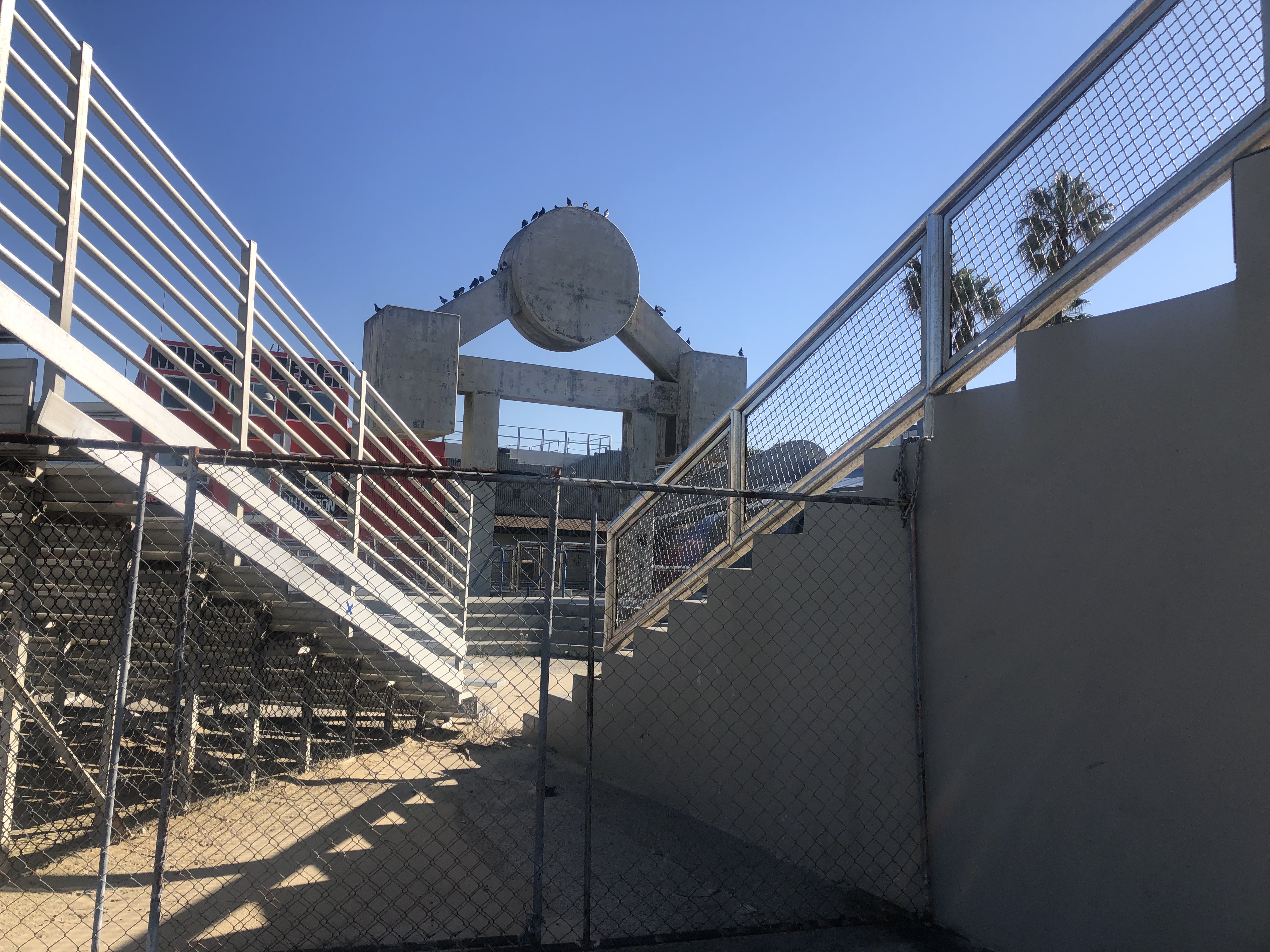 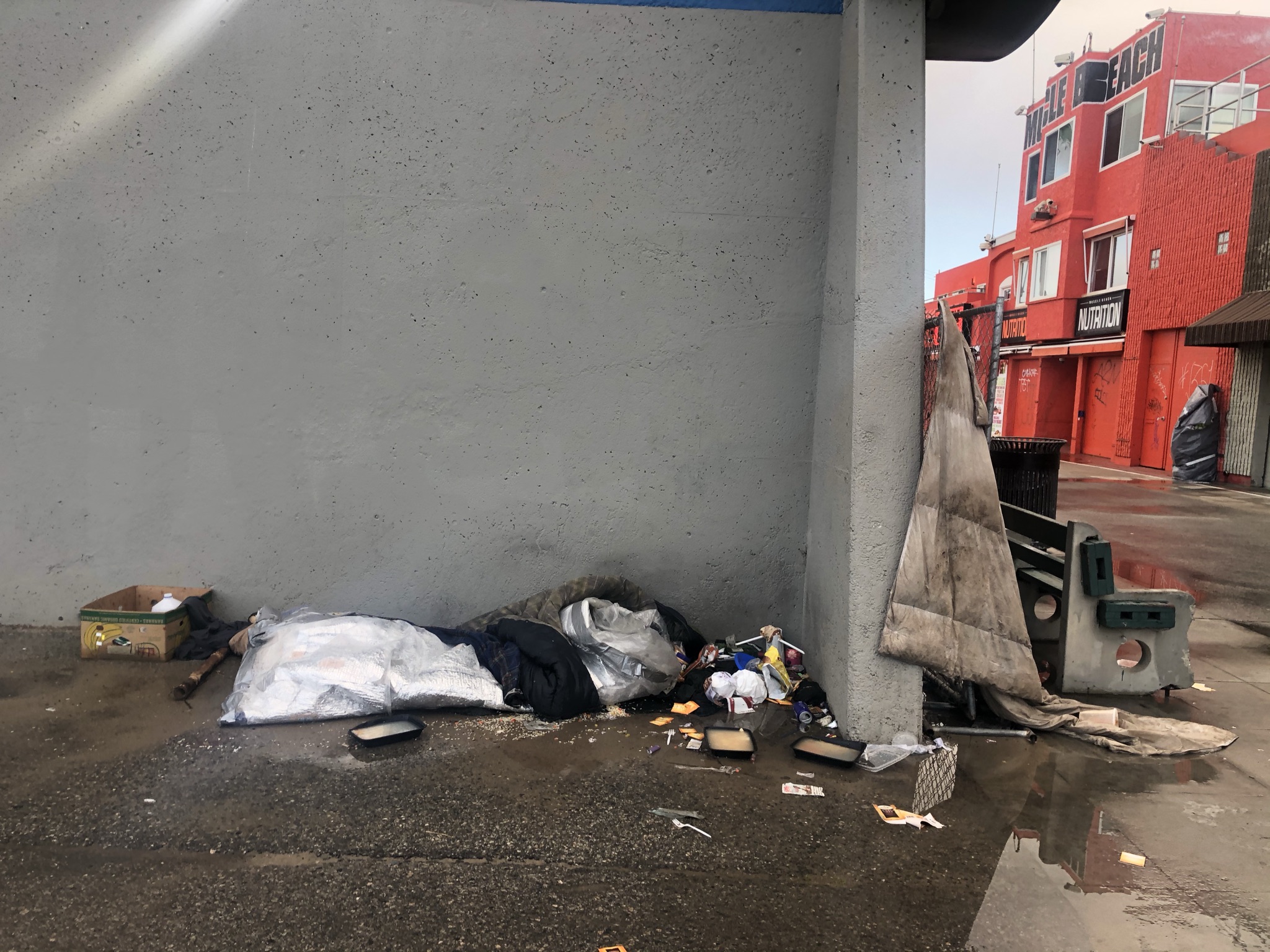 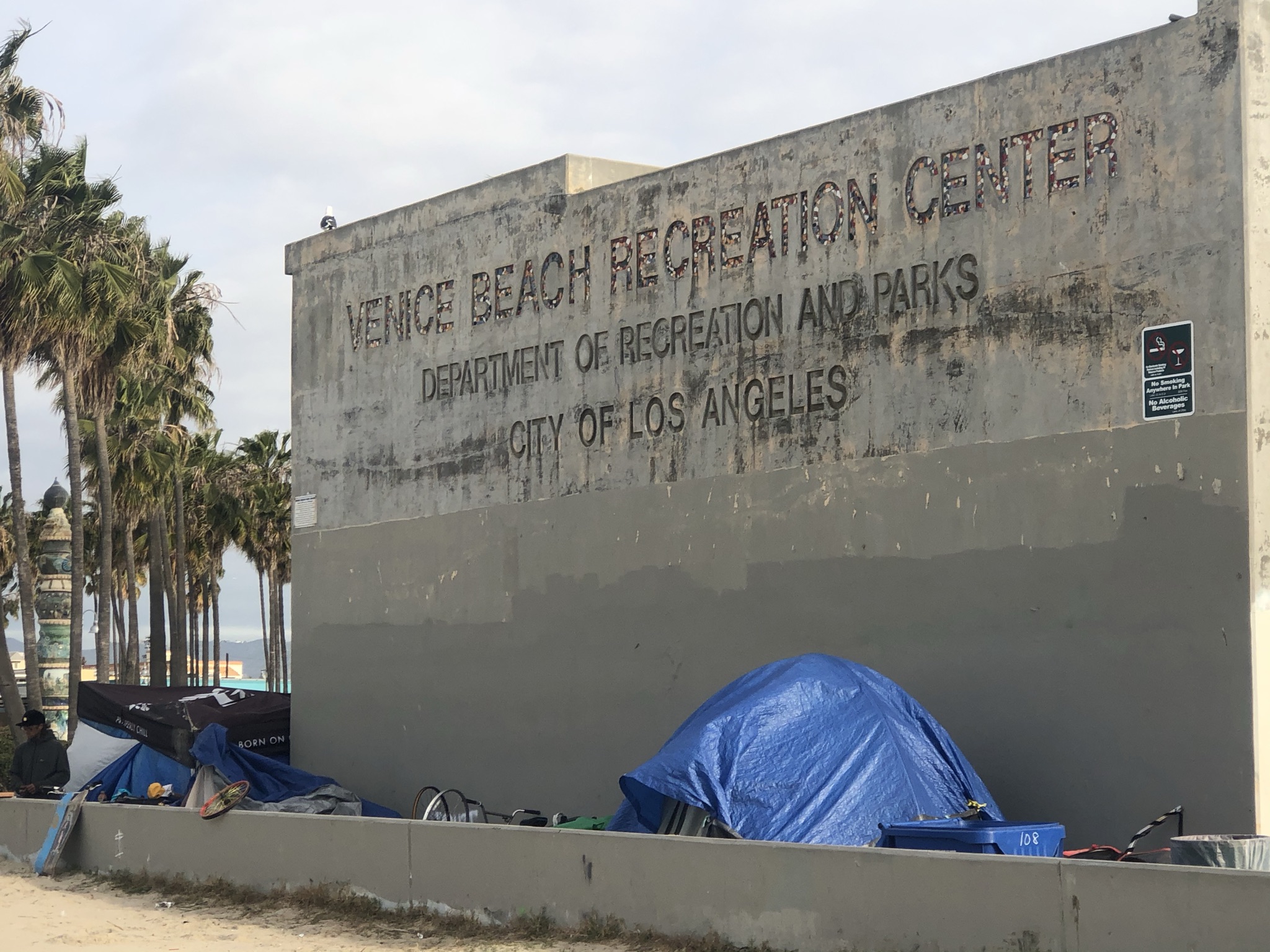 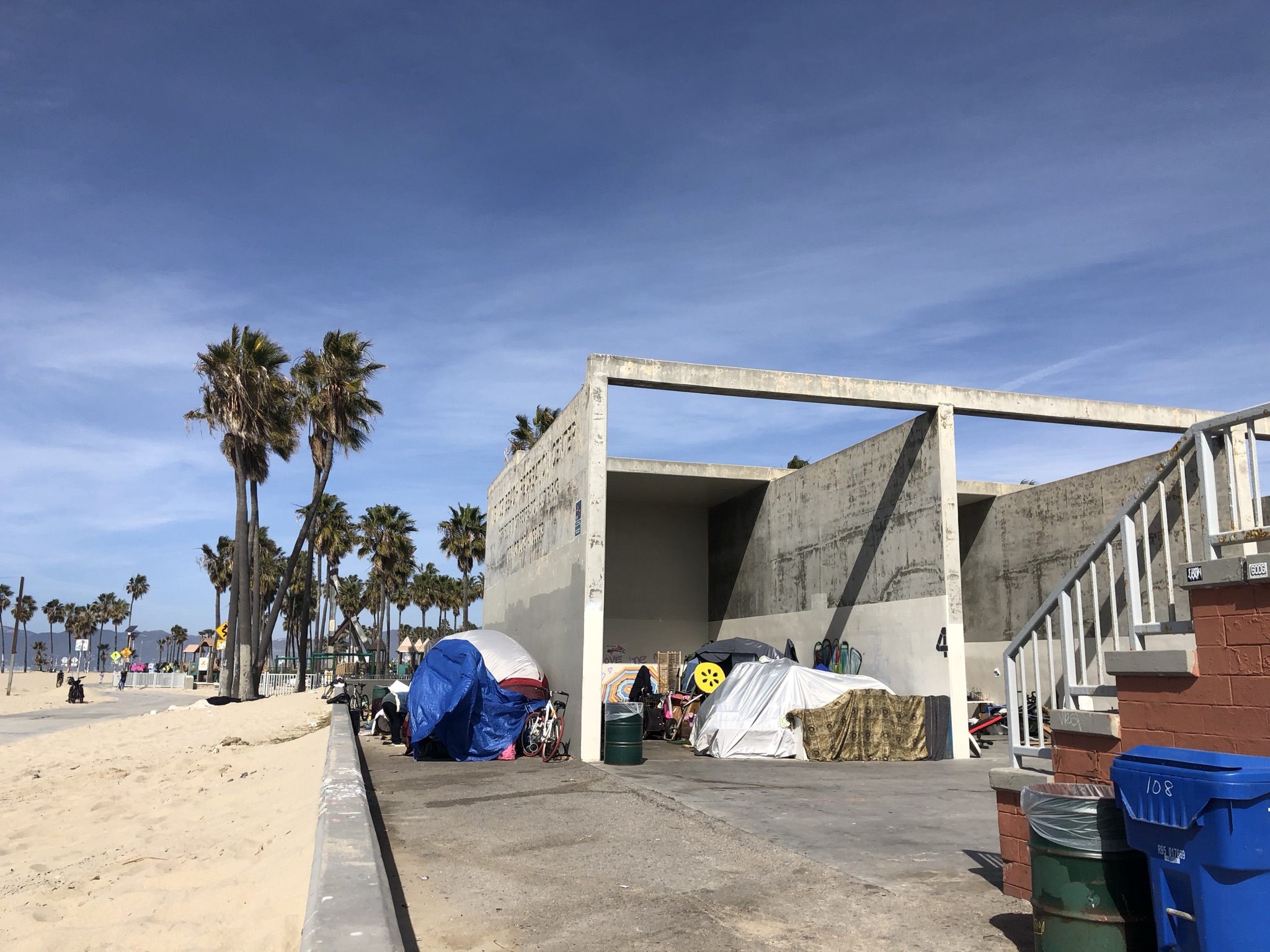 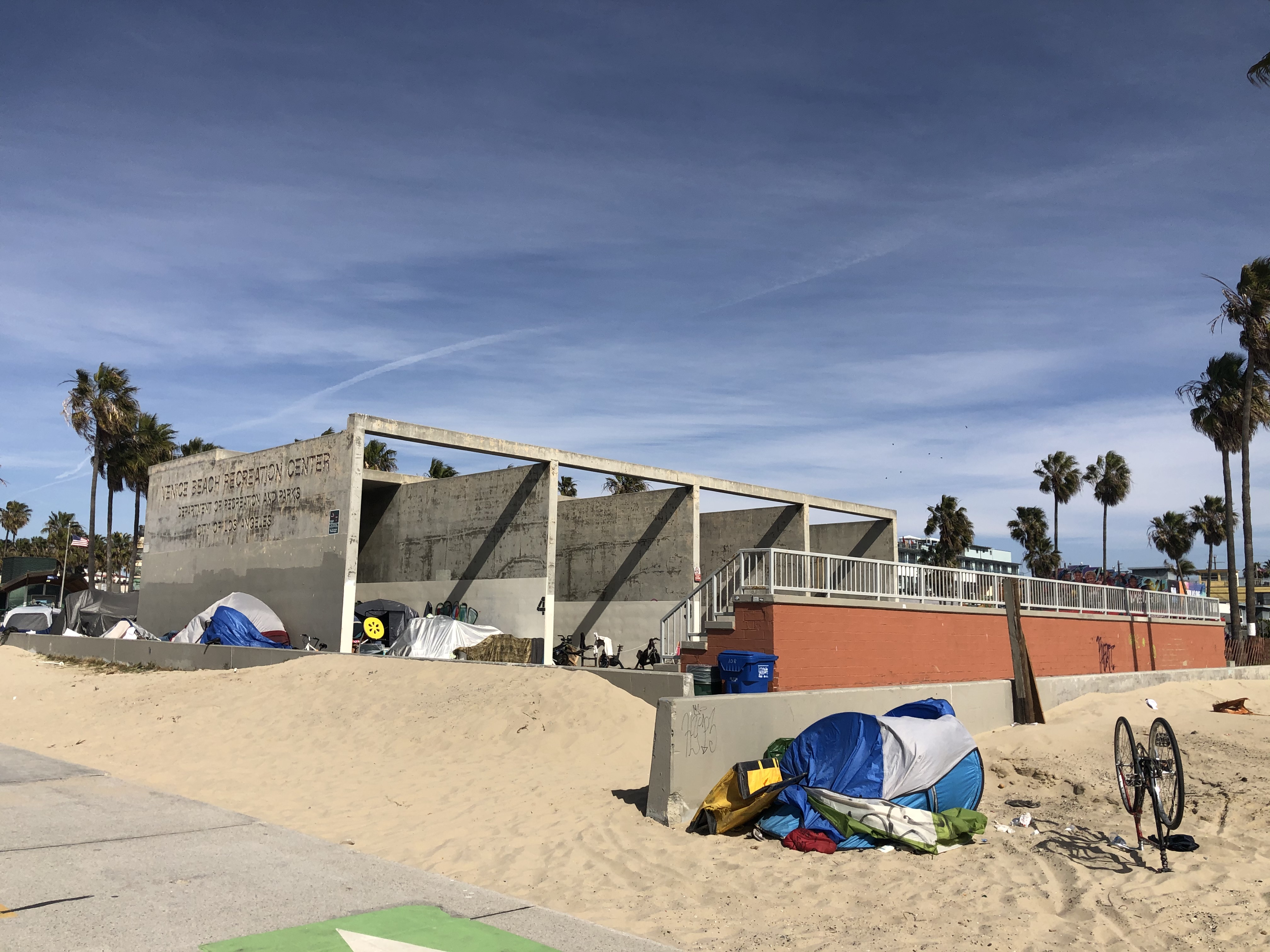 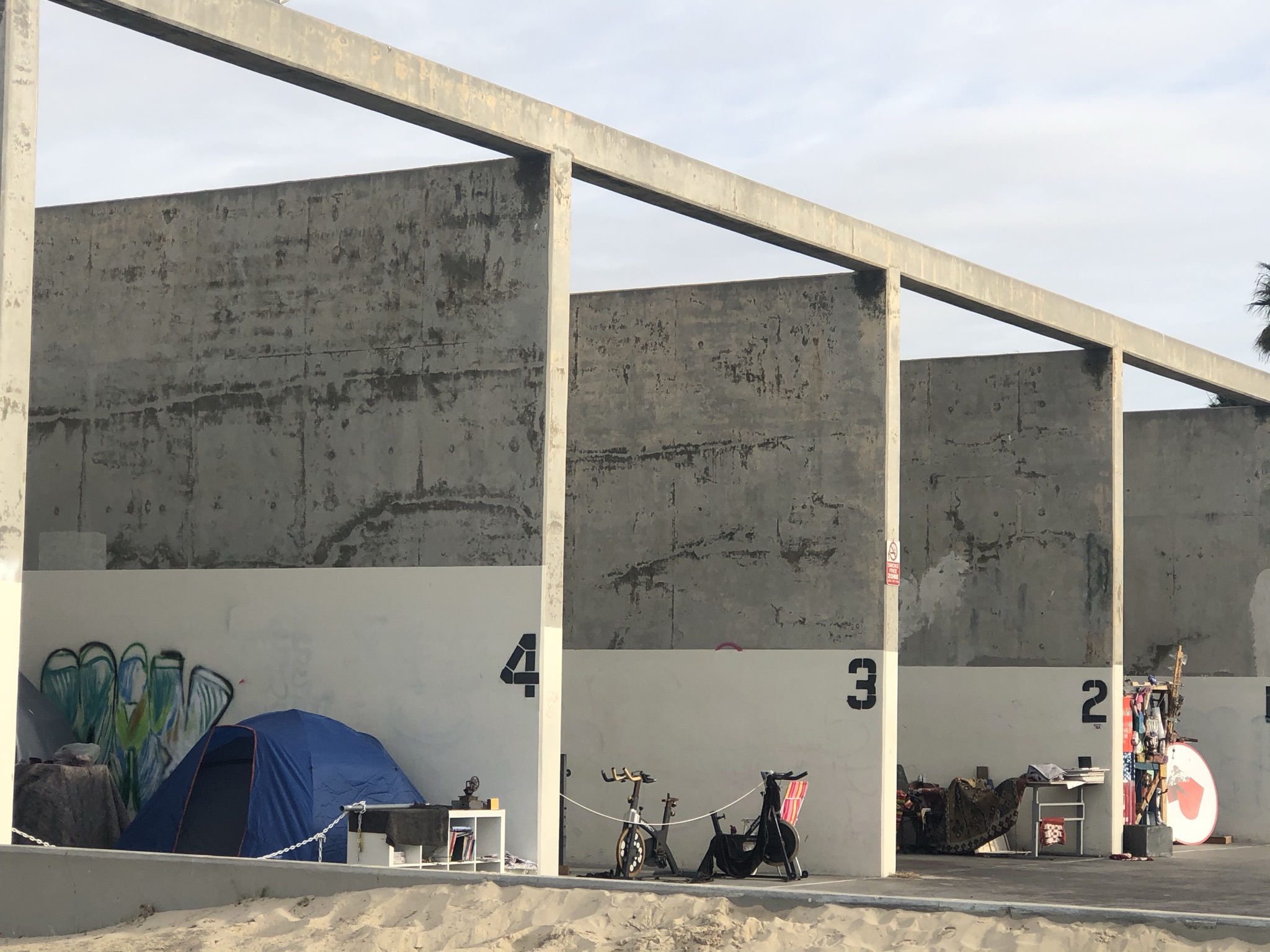 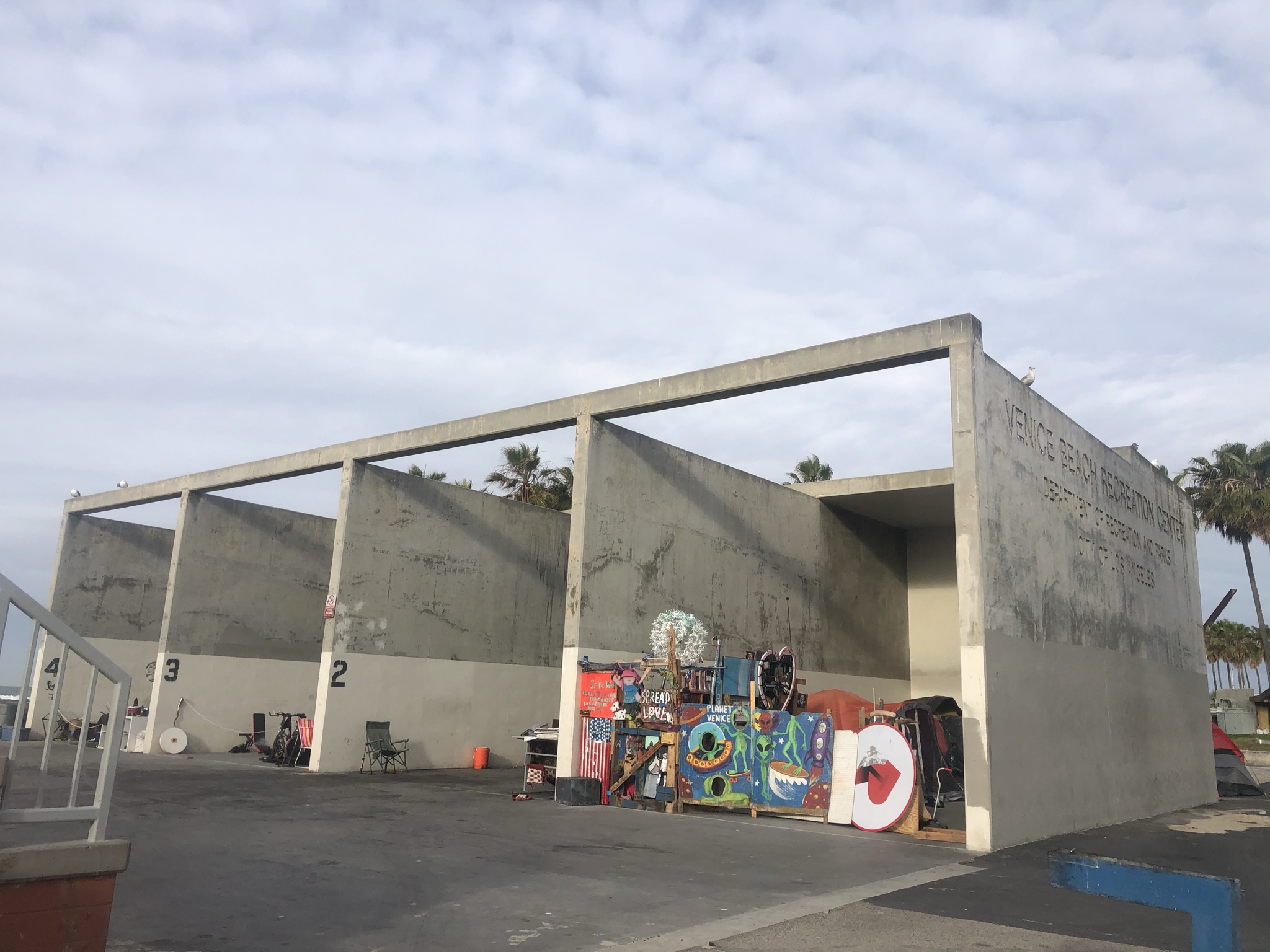 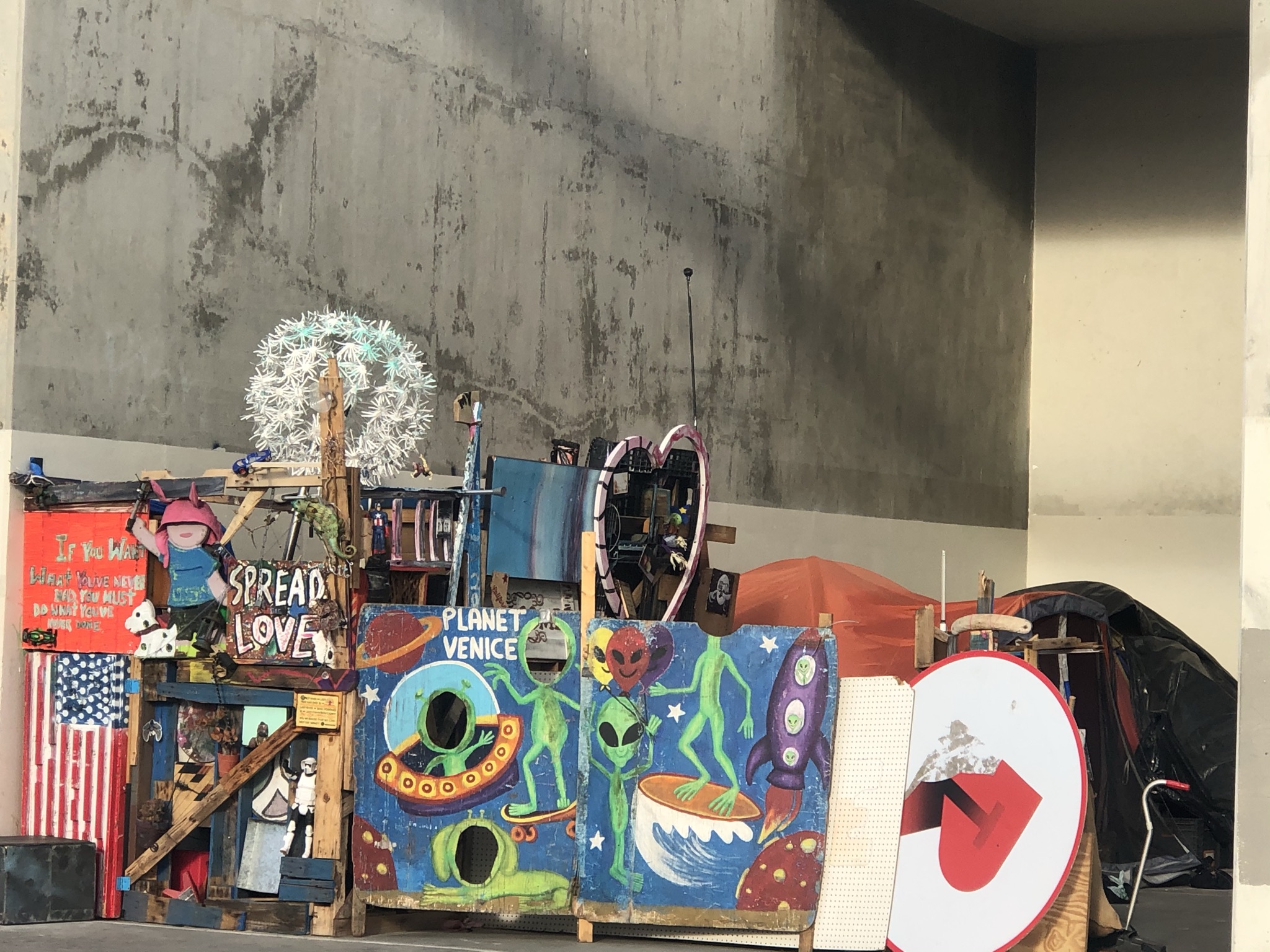 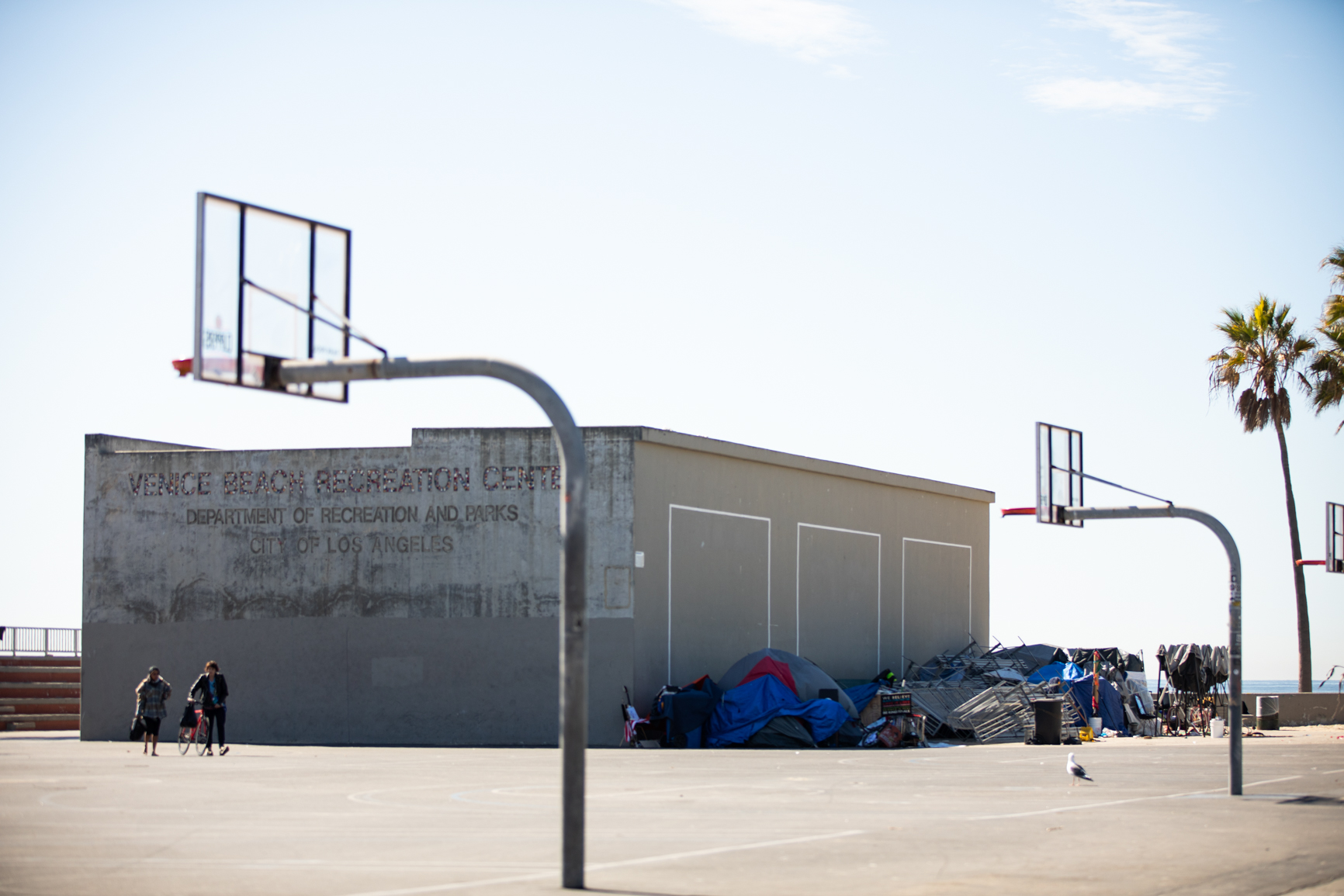 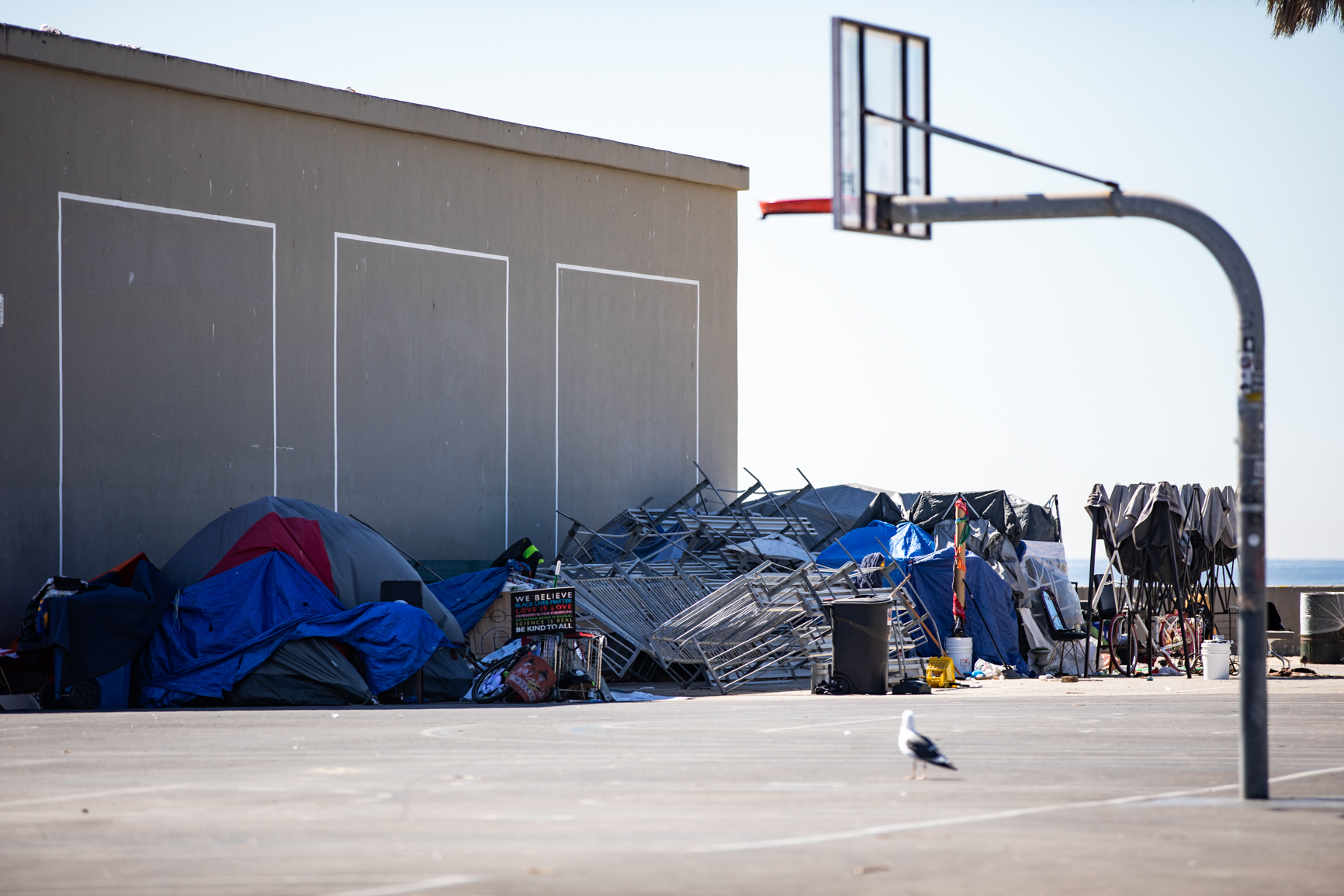