View photos of James Franco in Venice below! 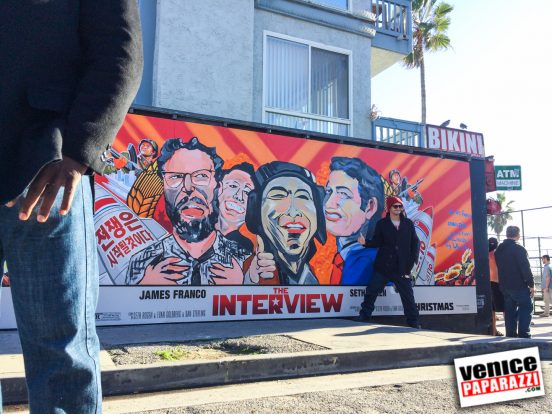 James Franco in front of the newly painted “The Interview” movie mural on Sat. Dec. 13th.  The mural is located at the Venice Paparazzi headquarters  on 19th Ave. and Oceanfront Walk, across from Poke Poke (the best sashimi and poke bowls found here), Espresso Yo’Self Coffee and Bread Pudding, and the Malaka Brothers.

About the movie The Interview:   In the action-comedy The Interview, Dave Skylark (James Franco) and his producer Aaron Rapoport (Seth Rogen) run the popular celebrity tabloid TV show Skylark Tonight. When they discover that North Korean leader Kim Jong-un is a fan of the show, they land an interview with him in an attempt to legitimize themselves as journalists. As Dave and Aaron prepare to travel to Pyongyang, their plans change when the CIA recruits them, perhaps the most unlikely candidates, to take out Kim Jong-un.      Click here to watch the trailer! 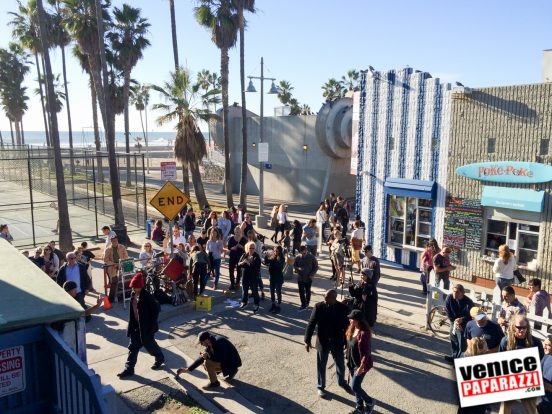 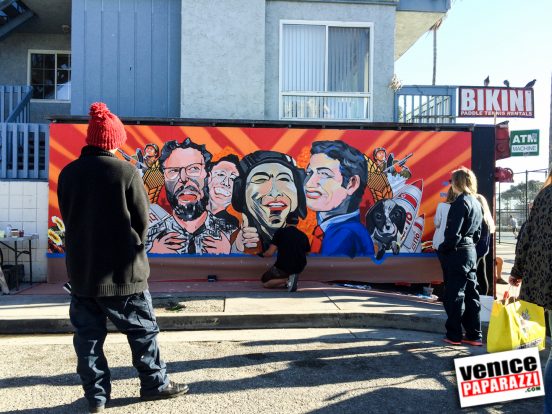 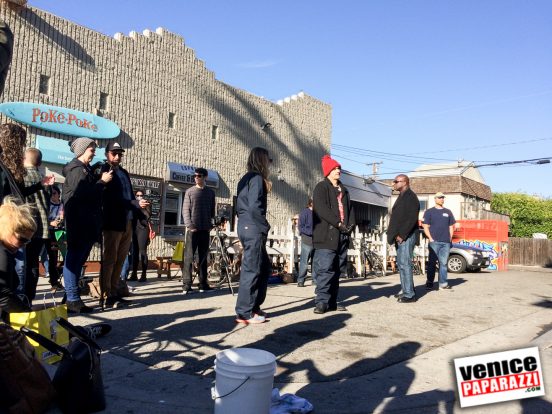 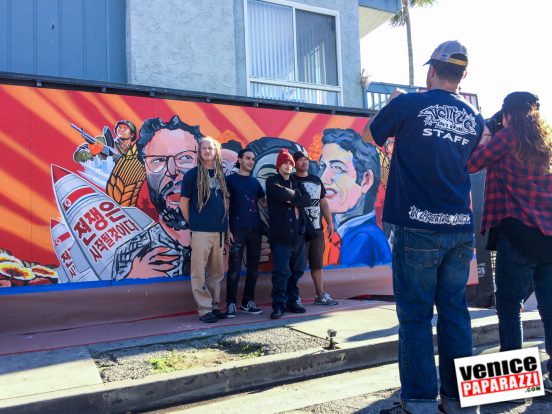 James Franco with ICU Art – In Creative Unity’s Director Stash Maleski and team in front of the newly painted “The Interview” mural in Venice, Ca!  Venice History: Did you you know that ICU Art curated the Venice Public Art Walls – Graffiti walls from 2002-2012. About Art Walls: These historic walls were originally part of the Venice Pavilion that was built in 1961. The specific area where these walls are located was called “The Pit” or the “Graffiti Pit”. During this period the walls were often painted with graffiti style murals. It was technically illegal to paint the walls then, but was generally tolerated by the Police and was loved by the community. In 1999 the Pavilion was torn down, but a portion of the walls were preserved as a living memorial to the high quality artwork that had been painted on the walls for over twenty-five years. In 2000 it became legal to paint the walls.  The area was renamed the Venice Graffiti Walls. In Creative Unity (ICU Art), a Venice-based graffiti art production company served as the Curator for the walls from 2000 to 2012. In 2007 the walls were renamed to Venice Public Art Walls or the Venice Art Walls for short.  The Art Walls are entering a new era; STP Foundation took over as curators in 2012. Painting on the walls will be by permit only and will only happen on weekends when STP Foundation is present to open up the walls.   For more  Venice Art Wall history, visit www.veniceartwalls.com/art-walls-history.html 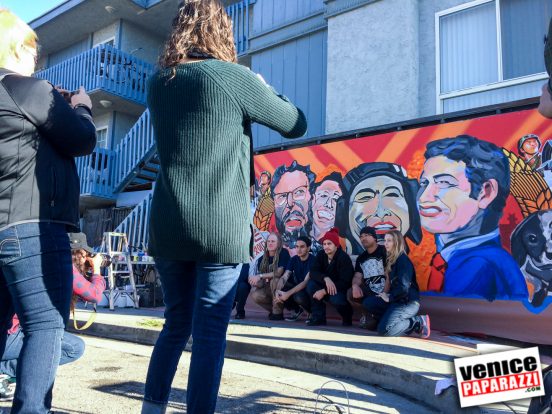 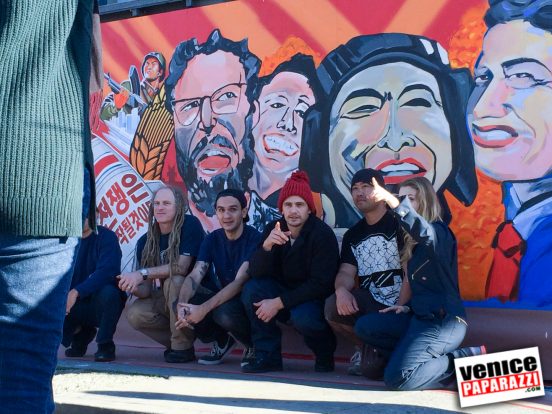 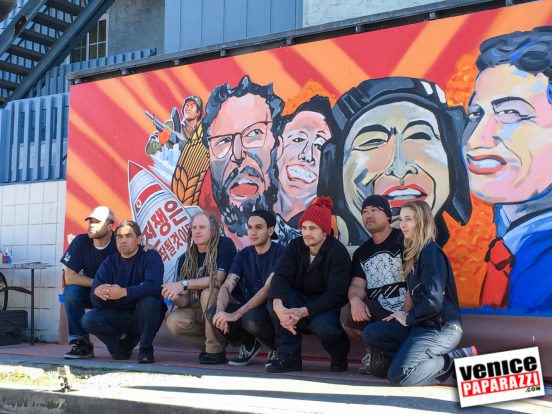 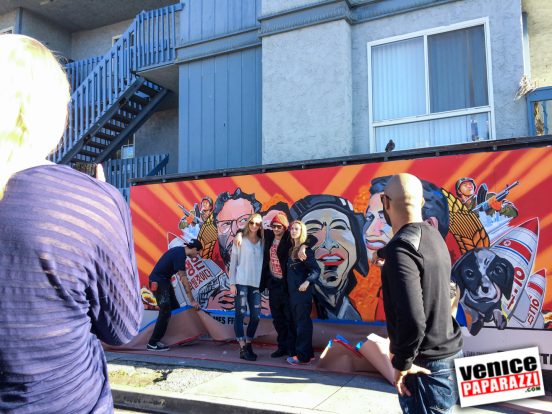 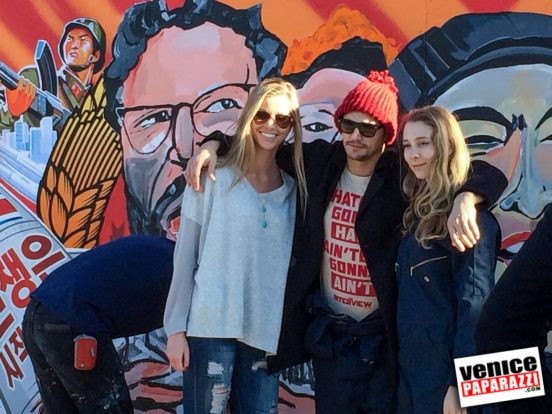 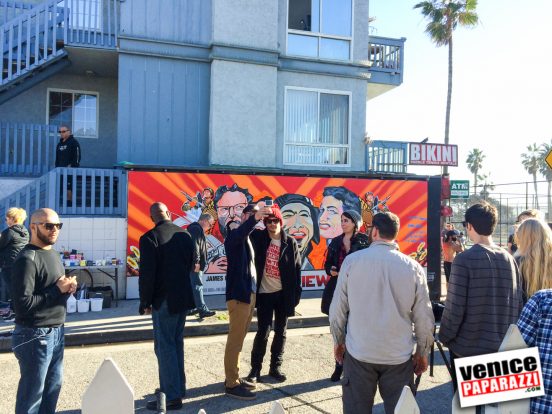 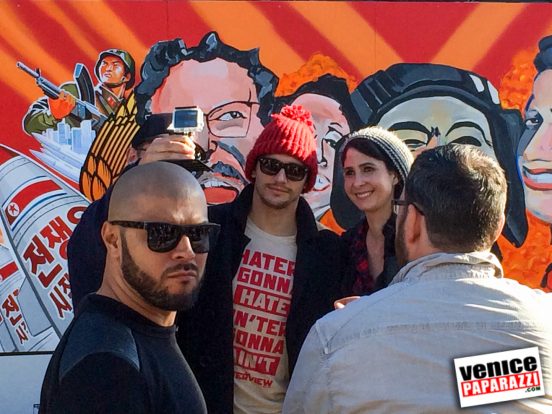 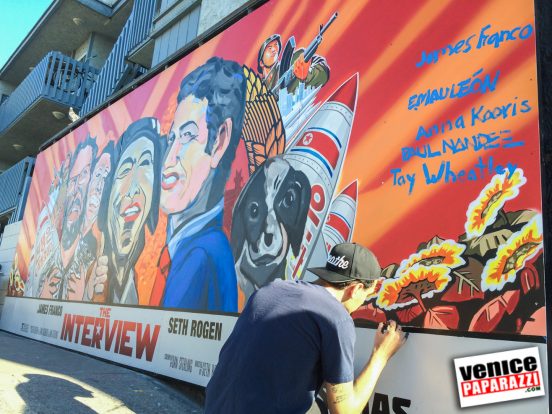 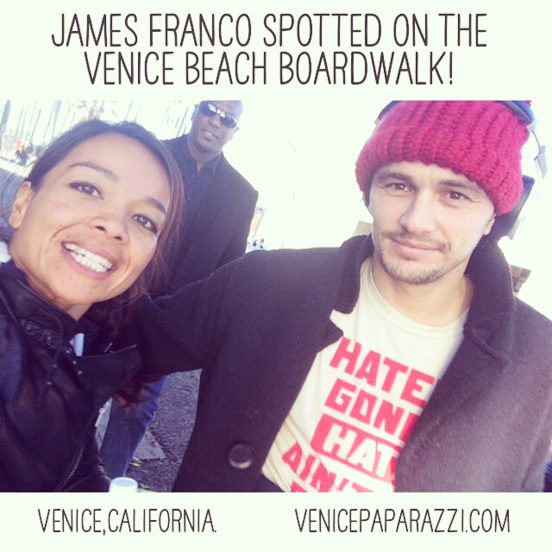 In this photo:  Venice Paparazzi’s Edizen with James Franco!  Edizen describes him as very kind and cool breeze in the 30 second encounter she had with him. 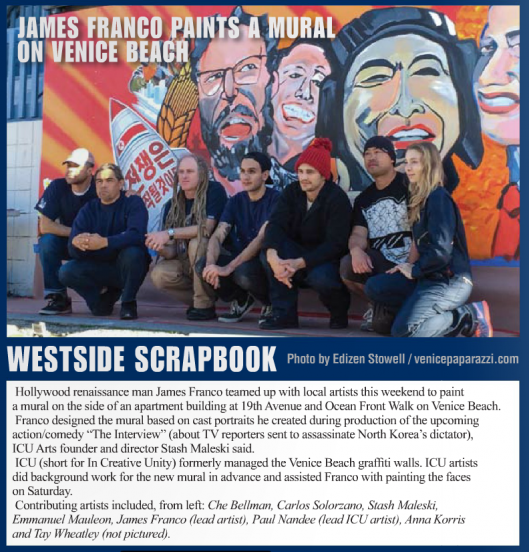 Cool!   This photo above made our local newspaper the Argonaut!