Here is a message from Venice Ball’s Nick Ansom!

The Show LA Love Veniceball Pigalle collab for All Star weekend 2018 was a resounding success.

The first day of the festivities began with a paint party to celebrate our CEO, Nick Ansom, on his birthday. Motown beats and a pepto-pink ’53 Cadillac set the vibe in the sun.

The launch of the collaboration between Veniceball and Pigalle, Thursday at General Admission, was accompanied by a photo art show by Nick Ansom, New York Sunshine and Asphalt Chronicles and a painted pop-up court in the parking lot thanks to Project Backboard. 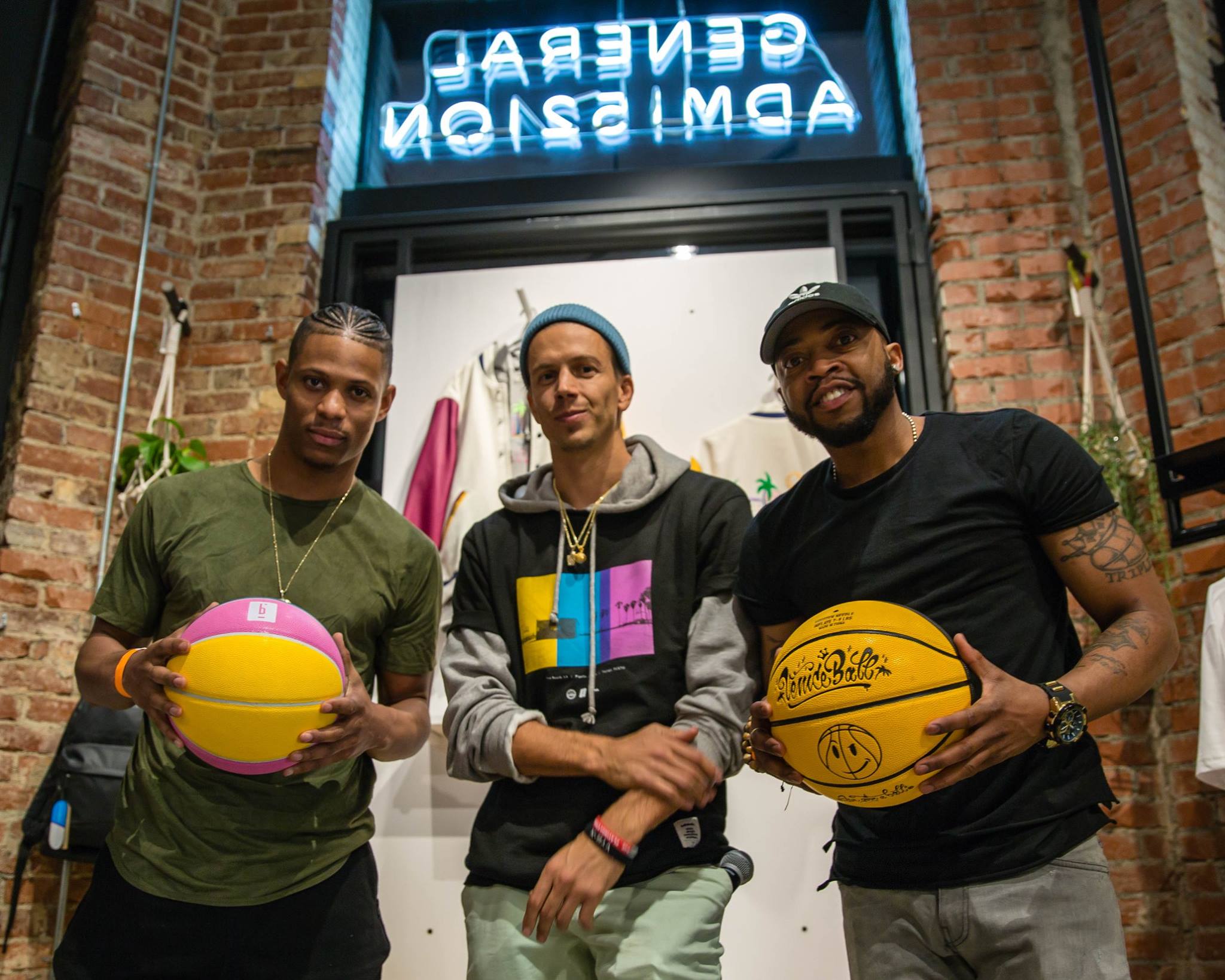 In this photo:  Scott Machado, Nick Ansom and Haron Hargrave.  All photos by  Chris Costello

Brands from across the globe contributed to the pop-up retail space with all proceeds going to rebuilding a fully sustainable basketball court in Puerto Rico. An impromptu dunk challenge and 1 on 1 challenge just happened in the middle of this celebration during this glorious event that had the party goers amazed on the pop up basketball court designed by Project Backboard in the parking lot. House Beer and Dr. Brew Kombucha provided the refreshments accompanied by fresh crepes as ‘Big Wave’ severed sonic vibes all night long. 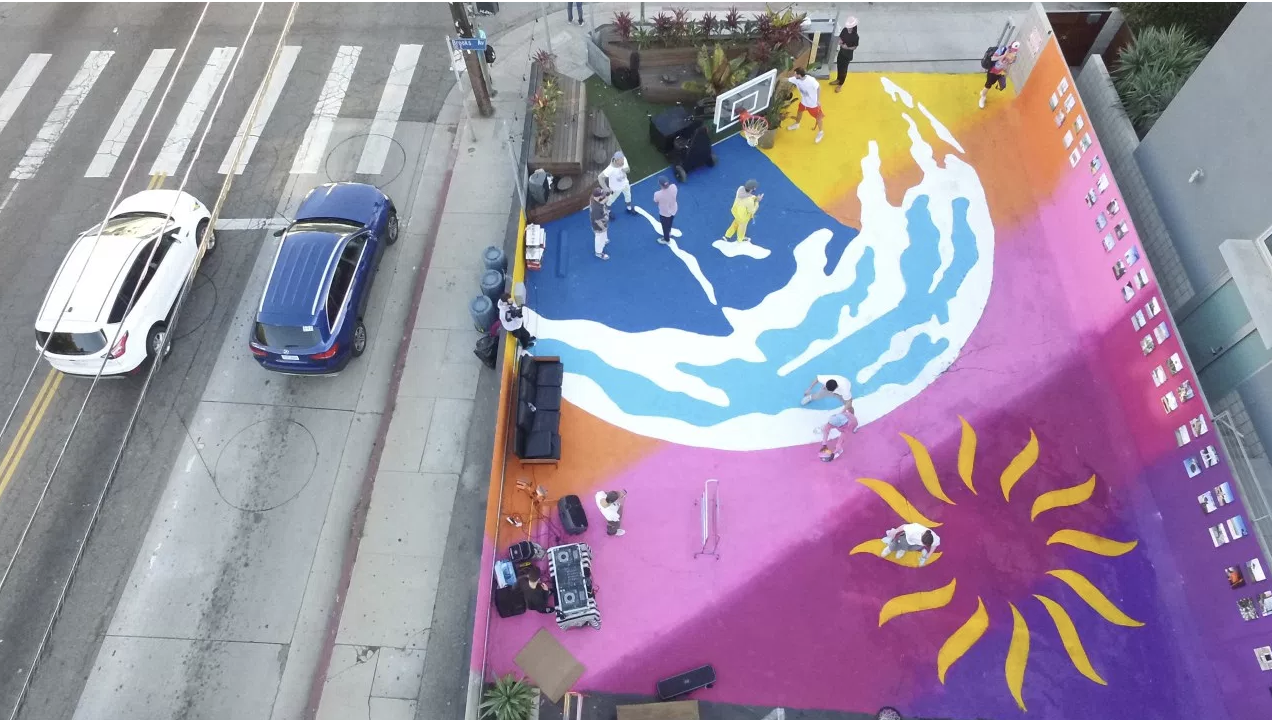 Saturday on the Venice beach main court Evolve Basketball App facilitated a youth shooting clinic with the Lethal Shooter, H2O, and the legend NBA legend Lucius Allen. The Pac 12 Hall of Famer and NBA Champion gave a speech about the importance of fundamentals and practice. The young ballers got valuable lessons from the trainers who work with the likes of Kevin Durant amongst other NBA players. The day ended with an epic open run with Big Doxx and Big Wave on the wheels setting the vibe for intense on court action. 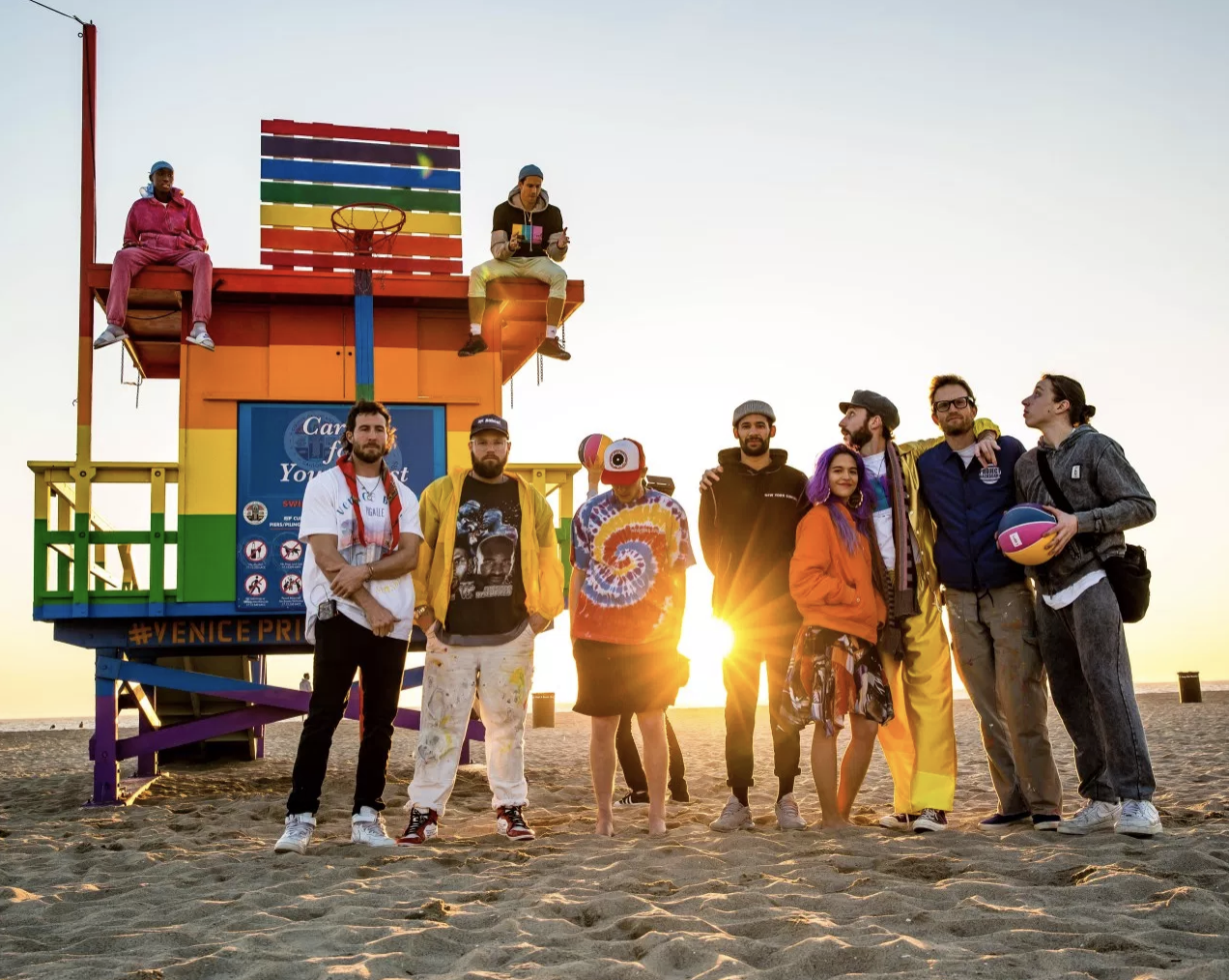 Sunday was the finale of the weekend with the day starting with a basketball handling clinic dubbed the “School of Handles”, with BDot, Jesse “Filayyyy” Jones, King Handles, and Briana Green. New York city social media sensation Demarjay Smith joined in the clinic with some inspirational words as he participated in the drills. After that the “Battle of the Brands” 3×3 Tournament took flight. Teams from all over the world competed at this all day tournament at the beach. There was a Trinidad James sighting during the tourney as he was hoopin with Rokit. The competition was stiff as Mouthpiece, Jesse Jones, and Demarjay Smith graced the microphones with color commentary that had the crowd on the edge of the concrete. Bodega(With Jesse Jones & H2O) and Hall of Fame met in the finals which was an epic battle to the end. Hall of Fame pulled out the screecher in the championship game to take the title for the “Battle of the brands”. Kickstradomis pulled up to do live customization court side for those looking to add some swag to their kicks. The shut down of the day on the court was the Dunk Demo presented by Veniceball, Pigalle, and Dunk Elite featuring Chris Staples, Michael Purdie, Reemix, Jordan Southerland, and Lipek. The highlight of the day was Chris Staples’ dunk over 4 beautiful ladies in a classic pink Cadillac as the golden hour settles in making it the perfect ending to a full day of basketball. 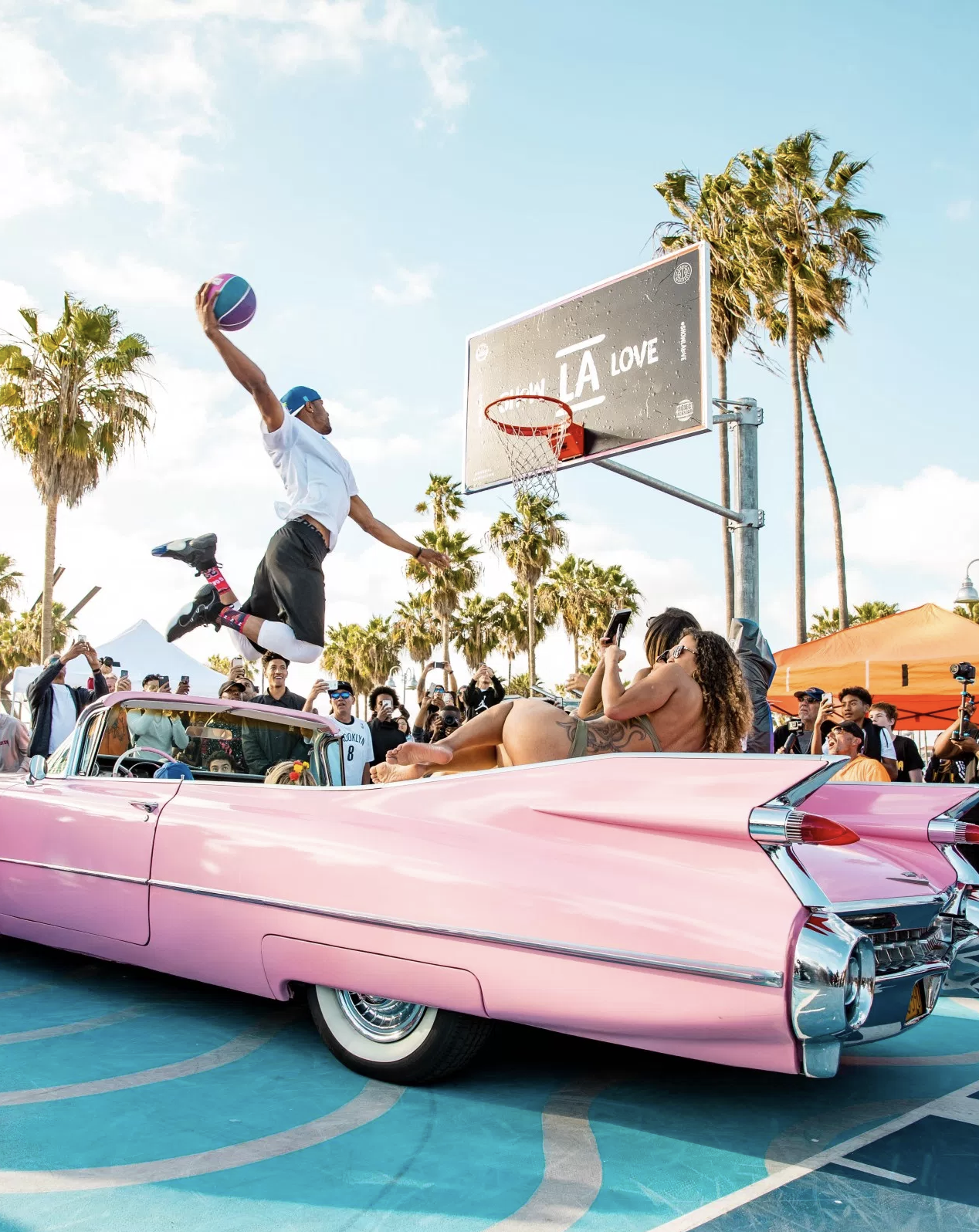 Sunday night ended with an All-Star game viewing party at the General Admission parking lot with a 40 foot screen, food provided by Shake Shack and beverages provided by Dr. Brew Kombucha all for free because we Show LA Love. It was an honor and a blessing hosting all of our friends for this glorious moment in basketball. All Star weekend in Los Angeles attracted some of the most talented basketball players in the world. And it is only right that Veniceball and Pigalle invited some of the most talented designers, taste makers, artists, photographers and brands in basketball to celebrate the wonderful sport that we all love.