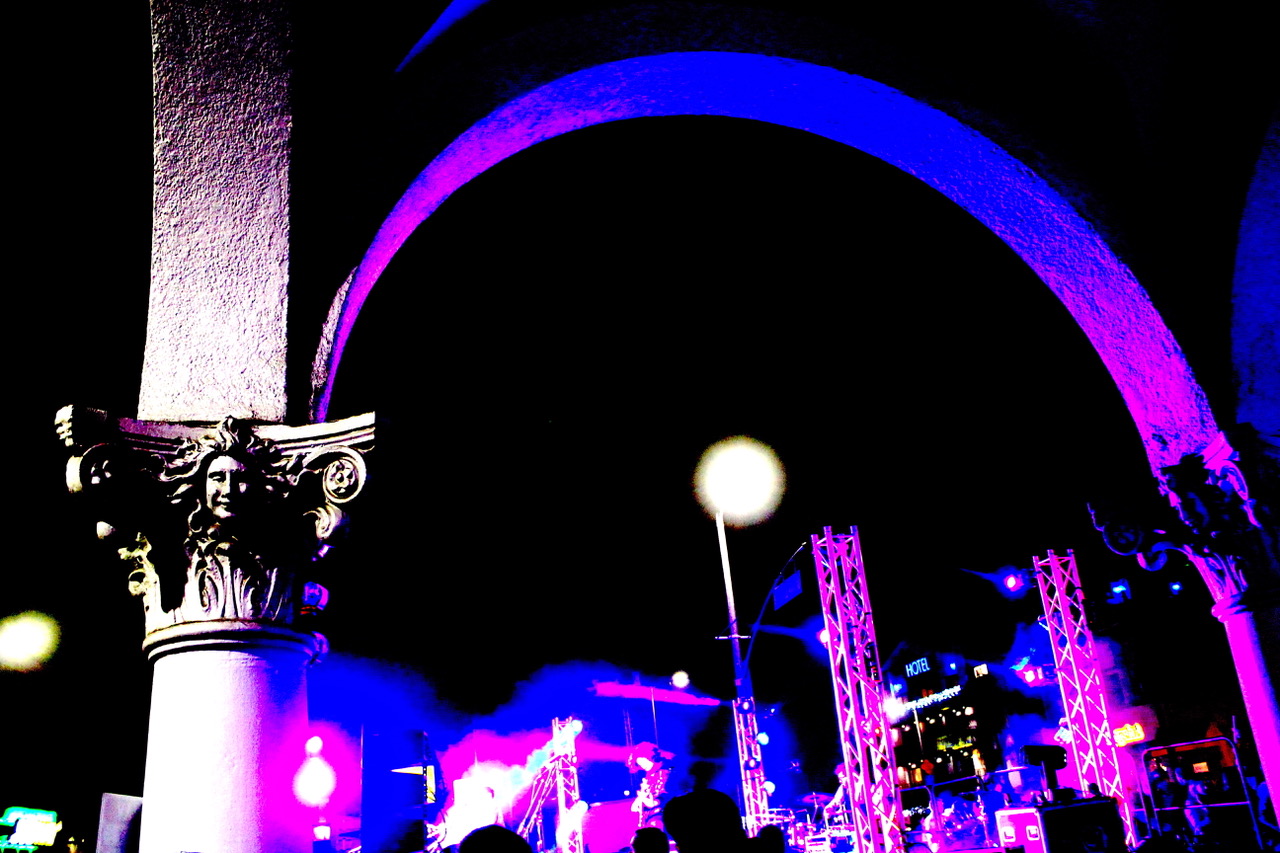 Venice History: Pillars of the Past

Venice Beach is such a kaleidoscope. Take a peek and you are swept up in the constantly changing colorful patterns, spectacles and features of this energetically creative place.  But I offer to you that Venice’s attractive vibrancies started and continue to be influenced by its rich past.

Venice is a history of conversion, replacement, adaption, experimentation and alternation. I think this has given our unique locale its distinctive vibe ever since the early 1900s when founder Abbot Kinney first unleashed his dredges in the La Ballona swamp along Santa Monica Bay.

The Venice birth story goes like this–At the turn of the 20th century wealthy businessman and diverse thinker, Abbot Kinney, owned a swath of ocean front property with partners he didn’t like. So he offered to dissolve the company and split their coastal investment into north and south parcels. A coin flip would decide who got what. At the time, the northern half was considered to be the best because it was next to the established beach resort Kinney built called Ocean Park in Santa Monica.

LUCK OF THE TOSS

Kinney won the coin toss and to the amazement of his partners he chose the unsavory marshland parcel to the south. Was it a prophetic move? If what has been reported is true, his maneuver was equally practical as visionary. Kinney said he figured his partners would sue him if he picked the choice land. So he took the swamp to be rid of them. That way he would be free to develop his vision of a seaside mecca for relaxation and culture.

Practicality would again mark Abbot Kinney’s next move. Engineers told Kinney his land was too waterlogged to build on. But Kinney remembered what he had learned on his youthful travels to Venice, Italy. He could drain the land by building canals to hold the water. The idea for a “Venice of America” naturally followed.

The skeptics who called the venture “Kinney’s Folly” were not laughing when he realized his dream in 1905. They were all trying to “buy in!” Venice had a giant pleasure pier, miniature train, auditorium, theatre, pavilion, yacht club, aquarium, chariot track with grandstand, boat club, swimming pool, lagoon, hotels, restaurants, seven canal waterways with gondolas, bridges, quaint vacation homes, and of course, there was the beach!

PILLARS OF THE PAST

Today only small traces of all of this are left. It’s actually amazing how little of this incredible undertaking is still around. However, proof of this grand past is still there if you know where to look and know what you are looking at.

Probably the most obvious relics of Abbot Kinney’s dream are the Venice colonnades. These are the long covered arched walkways supported by columns along Windward Avenue. You can also see some surviving examples in various places on Ocean Front Walk. But in Kinney’s day these colonnades were everywhere!

To give you more of an idea about what the old Venice colonnades looked like back in the day, check out Jonas Never’s mural on the east side of the Surfside Bar and Grill on Windward Avenue. It is a 102-foot wide 50-foot high homage to the opening shot of the 1958 film, Touch of Evil, directed by Orson Welles. The famous cinematic open to this film shows the grandeur of the colonnades just a few years before most of them were destroyed by the Urban Renewal Agency in Los Angeles. This was part of a federal program that gave cities money to raze “blighted” neighborhoods. A few of the owners who had property with historic character fought back and saved what we can see today.

But these few salvages are not what the actual buildings that Abbot Kinney constructed looked like. The buildings of Venice of America had to meet strict building design regulations and they were were taller than those that remain today. Kinney made sure all had extravagant Italian-inspired elements and facades with great ornamentations. Kinney was trying to replicate the splendor of the Venetian Gothic and Byzantine architecture of the Doge’s Place (Palazzo Ducale) in Venice, Italy. Even before Urban Renewal in the 1960s, Los Angeles authorities made Venice building owners take off the two top floors of the buildings and remove the ornate facades because they said they were safety hazards.

The result was certainly an artistic loss because a number of accounts say Kinney hired Italian-born sculptor, Felix Peano, to design many of Venice’s original columns and bridges. Peano was quite well known at the time and is credited with famous high relief sculpture work in Santa Monica, San Francisco, San Diego and Europe. He was also said to be good friends with novelist and social activist, Jack London.  Legend says Peano used Abbot Kinney’s face as the model for the male faces you can still see today on the top of the columns in the colonnades. The female face on the column, so the story goes, is that of a young girl Peano “discovered” on the Venice boardwalk named Nettie Bouck.

There are many other remnants of Venice’s past to find and celebrate. I hope you enjoy discovering them as I do. Each is a small souvenir of from days gone by that give us a longer view and act as beacons to enlighten our future as our amazing community continues its vibrant transformations. See you next time with more Vestiges of Venice.