I’m an underground documentary style photographer from Venice.  I grew up in Venice. I was a little kid in the 1970’z, a teen in the mid to late 1980’z, and a young adult in the early 1990’z. I grew up surfing the Venice Break Water and skating at the Venice Pavilion. I went to Venice High (Class of ‘88) where I studied under the incredible photography teacher Larry Shapiro in the multiple photo classes that I had throughout the day. The majority of my old Venice photos were taken from 1985 – 1994.

Tell us about your art. Describe your style, and what influences it?

Underground documentary style photography. My photos are an insiders perspective, they come from a personal point of view. Being from the school of Gonzo Journalism I’m a participant documenting my world. I still live in Venice today and I still document all I see around me. I like grainy and gritty, I never go for clean, I go for real. My photos are far from perfect, but the imperfections make them unique, imperfections are the perfections in my eyes. I shot with and still shoot with my original Nikon FM2 camera with a 28mm lens, both were used second hand pieces of gear bought at the old Venice Camera Exchange (RIP) that use to be on the SW corner of Venice and Lincoln. I also had a used second hand 500mm lens and a cheap water camera, both bought from the VCE as well. My mom bought me my second hand gear which I’m extremely gratefully for. From time to time I would borrow a fisheye lens from my good friend of mine Luke “Doc” Hudson (RIP). I shot and still shoot on Kodak Tri-X 400 black & white film the majority of the time, every once in a while I would shoot color slide film. All of my photos are a one shot take, meaning I do not have a motor drive, no shot is a part of a sequence, each shot is do or die, each shot is its own entity of that single image. What influenced me was being into war photography and documentary style photography when I was a young kid. 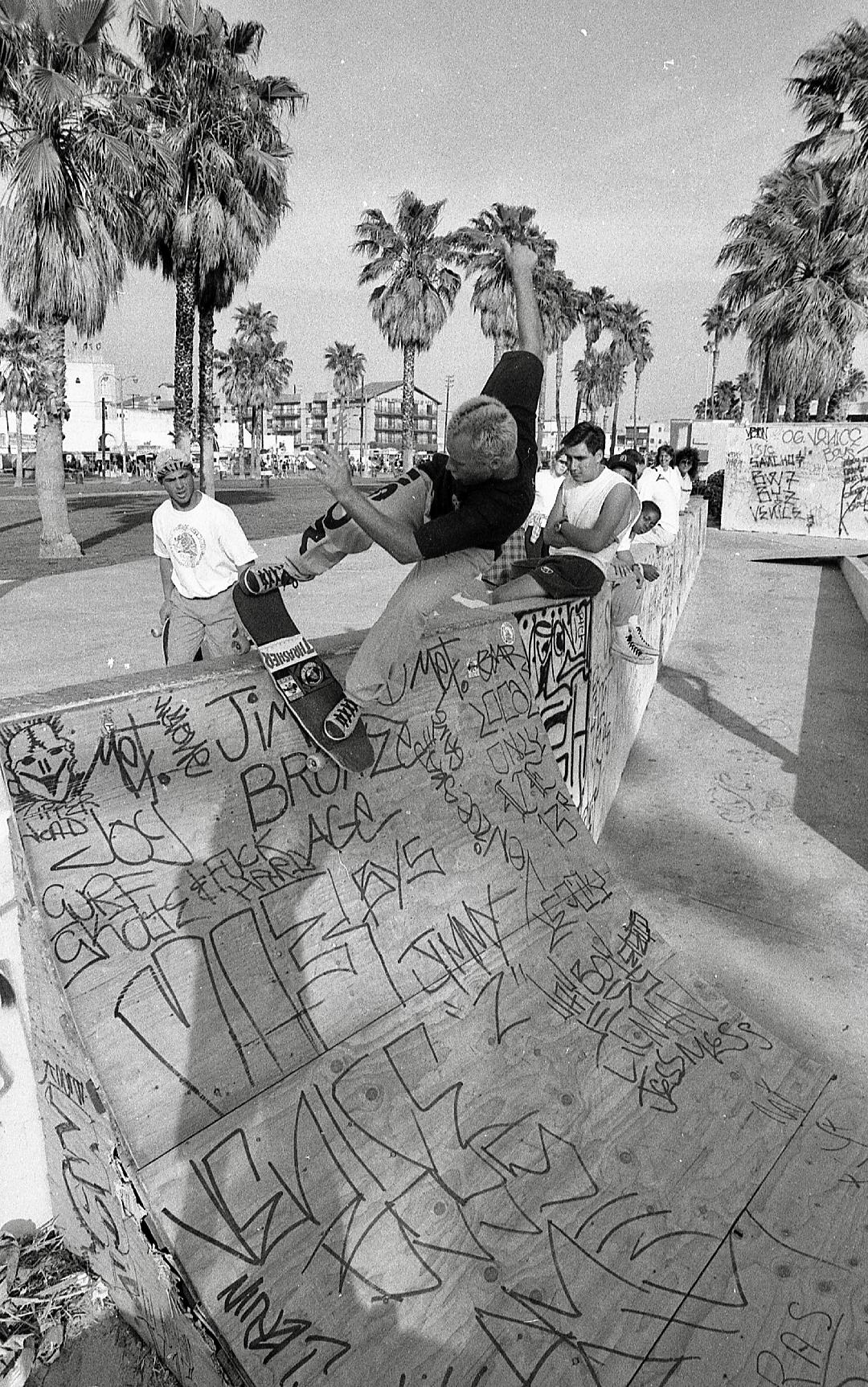 That is such a loaded question. There are a few. The Westside Story show we did a few years back at Ignition was an incredible project to be on. It was all local photographers and artists, it was an awesome turn out and there was a lot of emotion in that space, people laughed, cried, reunited, and reminisced. It was an incredible show that paid massive homage to Venice through the eyes of so many different photographers/artists. The space was massive and it was packed. It was a good night for all involved.

But Beyond the Streets was the biggest exhibit I have ever been involved in though, that exhibit opened up doors for me that I never knew existed, that exhibit was international and was on a whole other level. Having my photos in Ric Clayton’s (RxCx) book Welcome to Venice was the coolest thing ever, I have Ric Clayton and Bryan Ray Turcotte to thank for that. I’m so appreciative that they allowed me to be a part of the book!  “Thank you to RISK for referring me to Roger Gastman, and thanks to Roger for letting me be a very small part in the BTS exhibit.”

I also curated for the 1980’z portion of the History of Venice show that was at Beyond Baroque a couple years ago for the Venice Heritage Museum. It was my first time curating a project. I appreciate that they had faith in me to pull it off and allowed me to have the freedom to do what I wanted to make it happen. 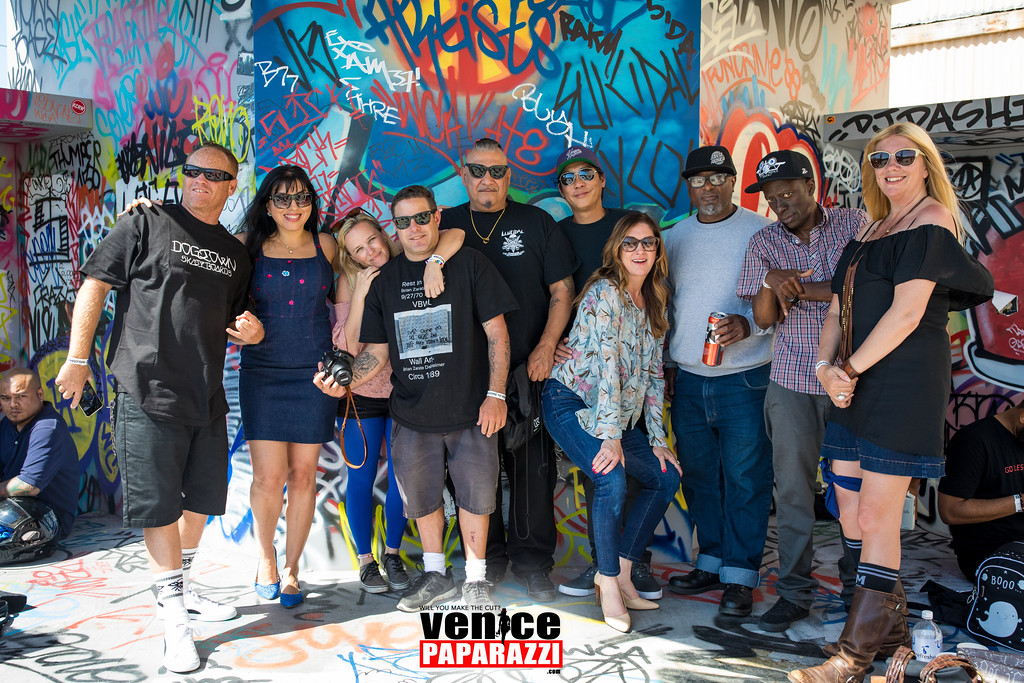 I was fortunate enough to be involved in three documentaries recently that are using my photos (I did an interview in one of them as well). I also did a voice over roll for a Netflix show called City of Ghosts and they used one of my photos in the show as well. The Hotel Erwin has recently hung up a bunch of my photos in their establishment which is extremely appreciated, they were great to work with. Amy was the person in charge of that project over there, she was very cool to work with.

The V hotel, that is not open yet, hung my photos up in their establishment as well. The curator of the hotel is a childhood friend of mine Tima Bell, who I grew up with on 25th Ave. Tima also hired my good friend Jayme “Vision” Burtis, who is an incredible artist, to do a piece on a wall in one of the rooms. For this, Jayme offered to do a collaboration with me, which I am beyond thankful and appreciative for. We used multiple mediums, photos, paint, marker, etc.  The idea that Jayme had was awesome. It’s a history lesson of the scene we grew up in at the Venice Break Water / Venice Pavilion in the ‘80’z. The piece is very gritty and unapologetic, it’s as real as it gets.

The Beachhead published some of my photos and stories the last few issues, which I want to thank Mike Bravo for, he made that happen which was really cool of him to do.  I have also donated my photos to the Venice Family Clinic, and Venice Heritage Museum, for their fundraisers this year.   I let them keep 100% of the sales.

I have some live streams and pod casts lined up as well that I’m going on as a guest.  They’re always fun to do.  I can’t wait for shows to happen again and I can’t wait to get started on my book, I write stories for it every day. 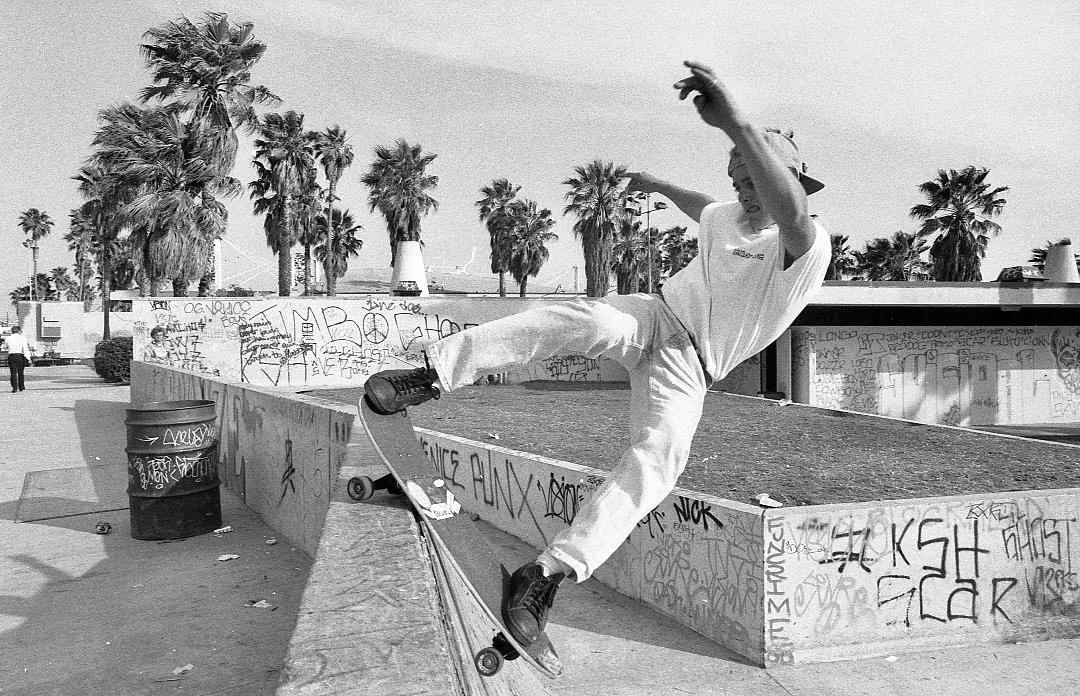 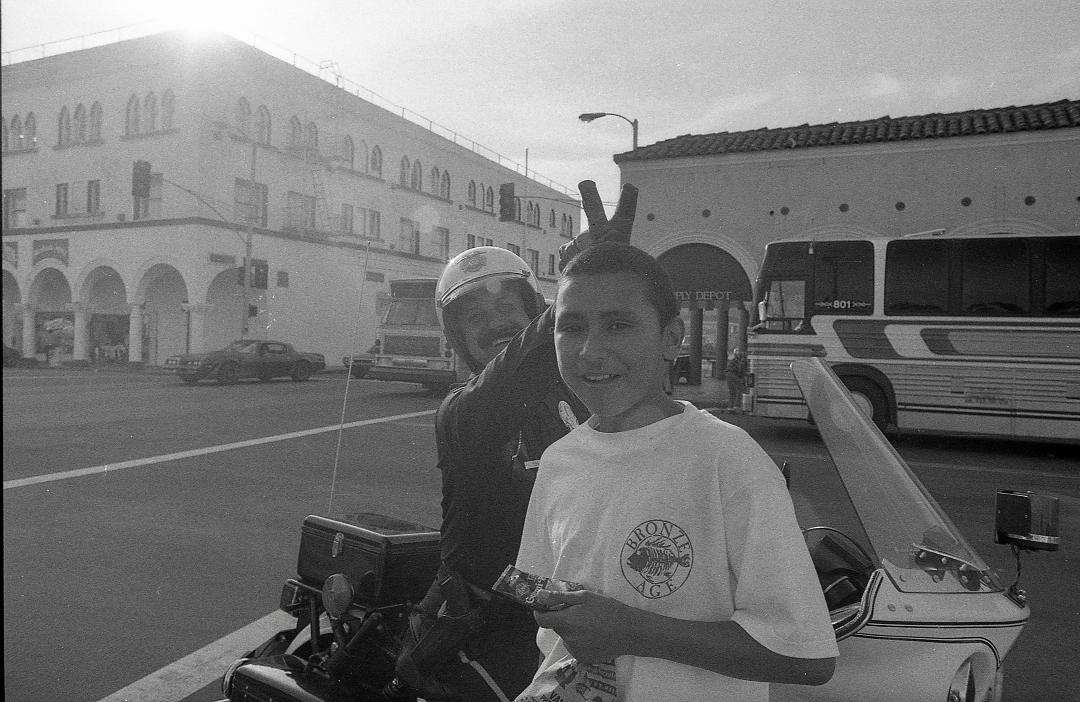 How are you surviving Covid-19 and the lockdowns? What moves or pivots have you made?

I stage manage concerts and events so my industry shut down hard the last year. It’s slowly just starting to make a tiny comeback here and there.  I relied on my photography heavily the past year to make ends meet. I learned a lot this past year about the art world in many ways, things that I was absolutely clueless about. My photos may be old, but the business of art and the art world are all very new to me. I have been getting great advice from many different people in the art world and it’s helped me out a lot.

What is the best art advice that you have received?

The best art advice I ever got was from Ric Clayton who told me that no one ever has a right to tell anyone else what to do with their art. It’s your art no one else controls that.

Anything else that you want to share with our readers? Announcements, upcoming events, etc.

Hang in there everyone, we’ll be back to having photo/art shows soon enough, and when we do they won’t disappoint. I say “we” because my friends and I do a lot of shows together.  We bring each other along for the ride and help each other out. 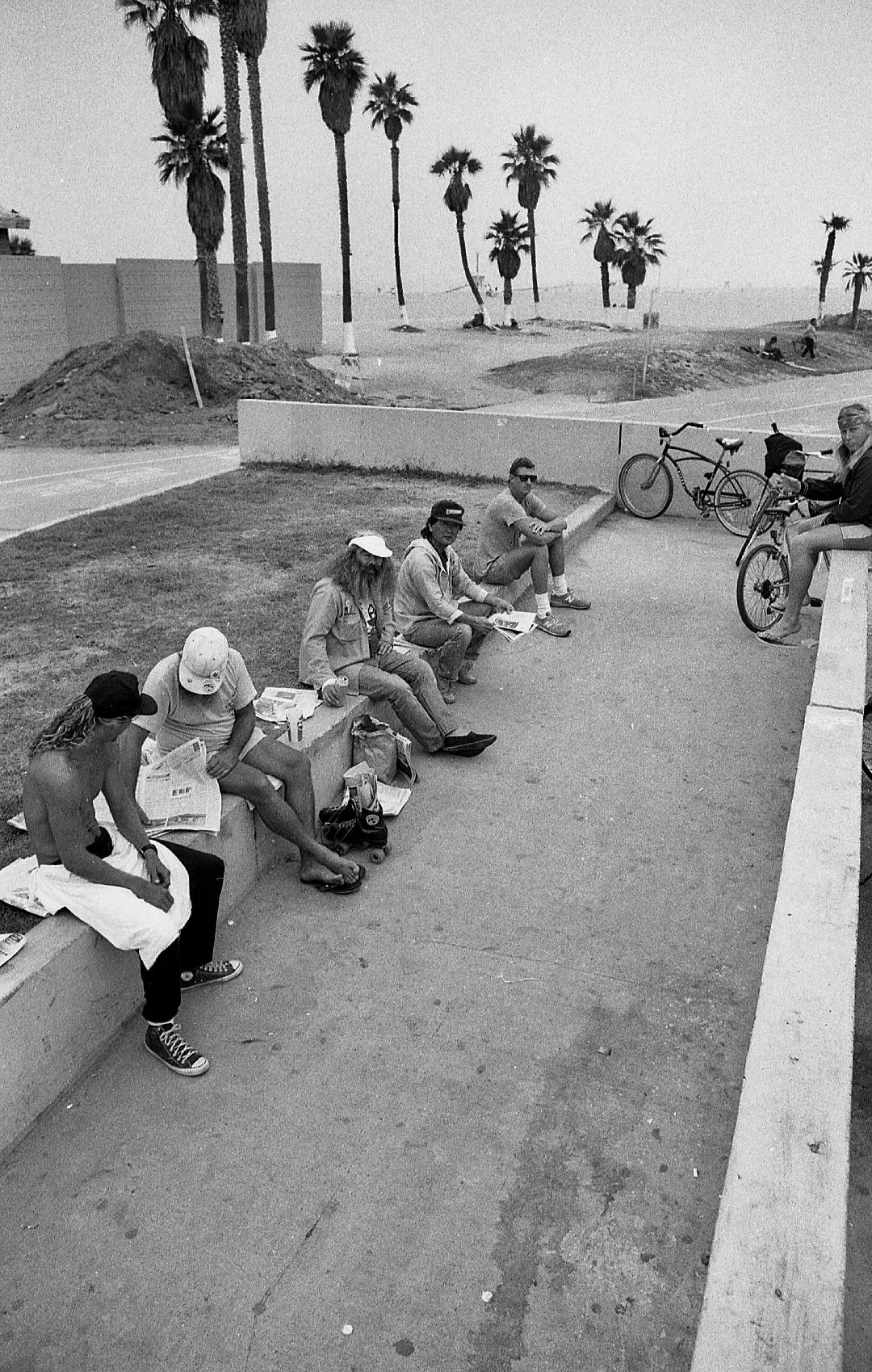 Let’s get to know you!

Being paid for what you love to do, and being able to do it all on your own terms.

Finish off the statement “Art is…

Art is a beautiful thing of one’s individual self expression.

“I wanted a mission, and for my sins they gave me one.”  -Captain Willard-

What is the best life advice you have received:

Not to be afraid of succeeding. My Grandma Bev once told me “People are more afraid to succeed than fail,” and she’s right.  If you fail you just try again.  But so many people don’t know what to do when they succeed.  They are afraid to take that extra step, they are afraid to ride off into the sunset happy and content. That’s a waste of talent and a shame when people are like that.

To travel to all the places I’ve been wanting to go to my whole life but lagged on doing so. 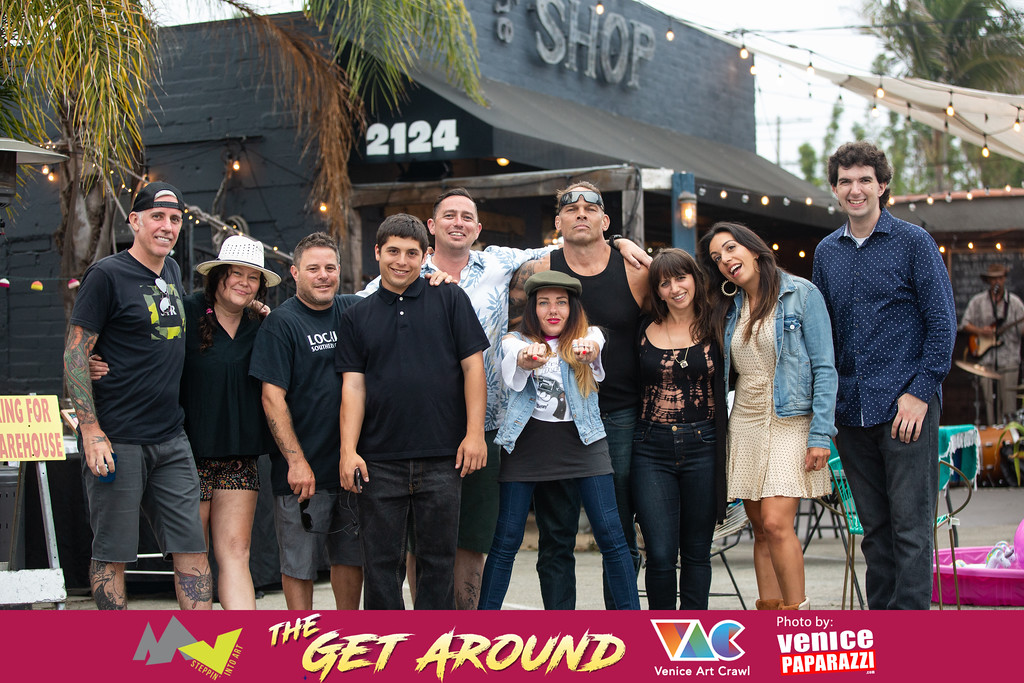 What do you do for fun in Venice during Covid times?

What I have always done, surf, shoot photos, and laugh with friends.

I can’t put the craziest, it would be too incriminating lol! My fondest was growing up surfing empty Venice Break Water with my closest friends back in the ‘80’z and ‘90’z. 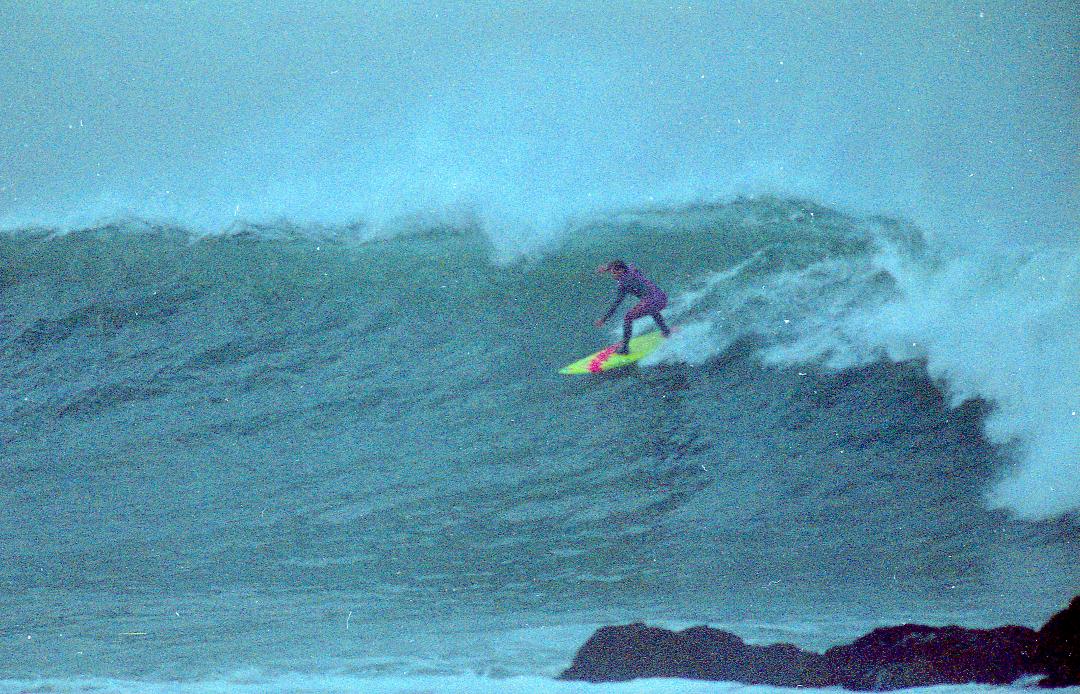 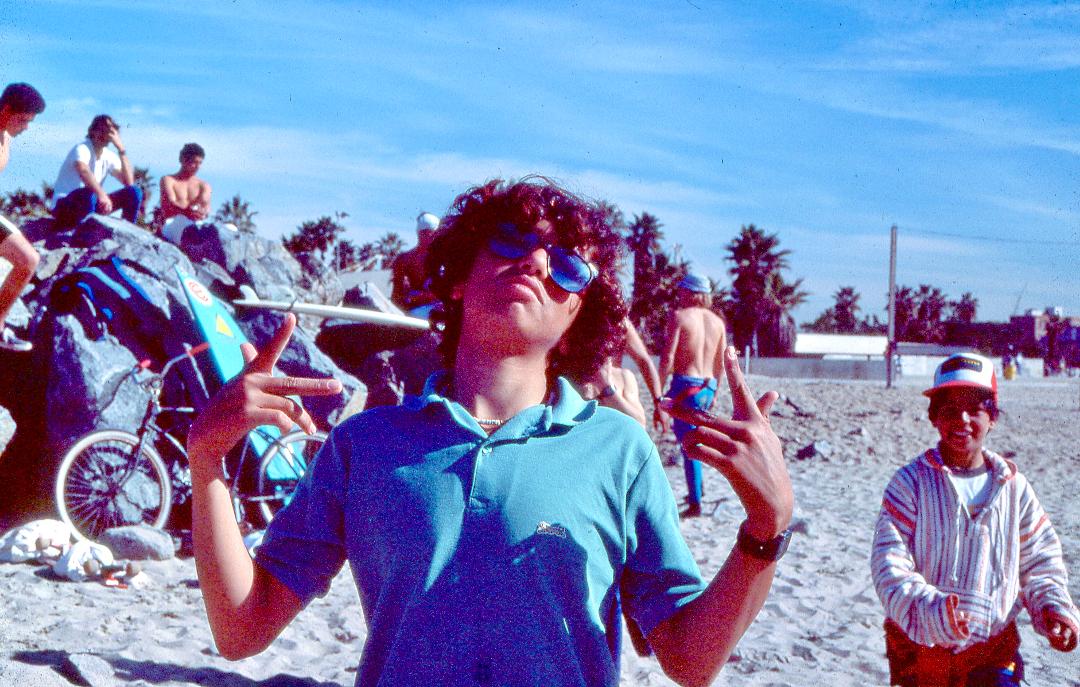 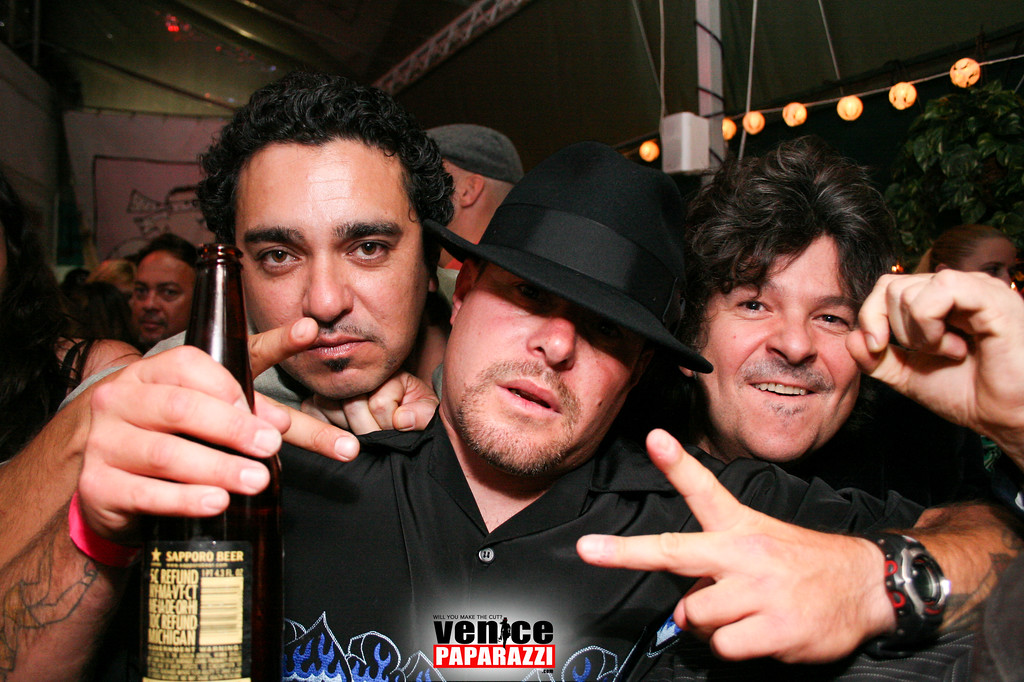 Josh with Brian Zarate at Hama Sushi in 2008. 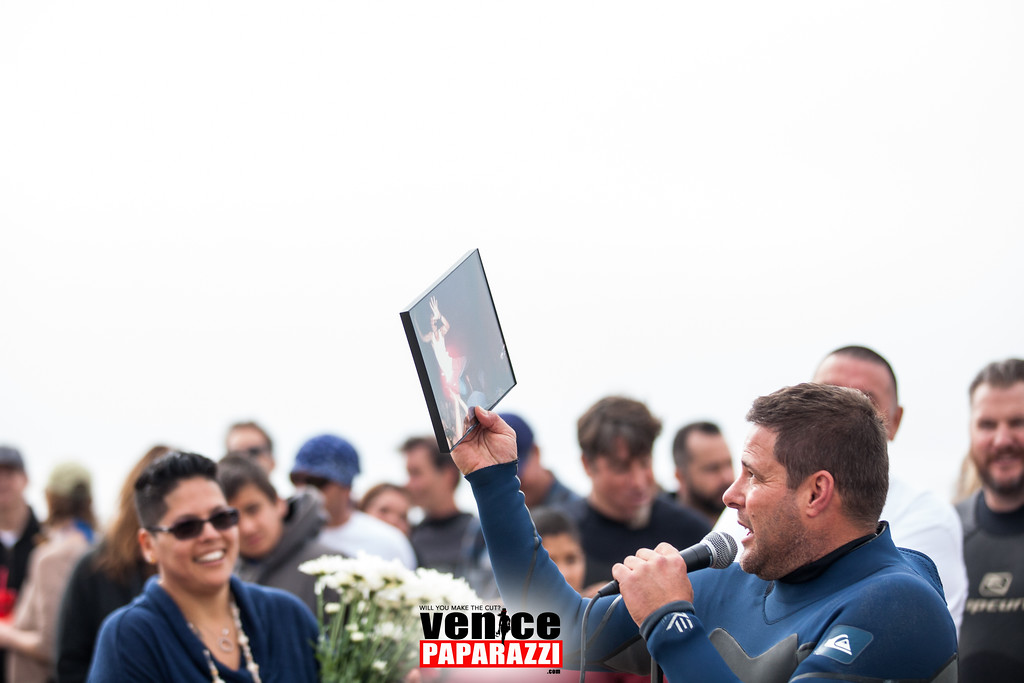 Josh at Brian Zarate’s Paddle Out & Memorial in 2016

I owe so much to Venice. I appreciate everything about it, the good, the bad, and the ugly. Venice helped make me the man I am today. It taught me every lesson I needed to learn, good and bad. I got my stage managing career because I’m from Venice, my photos are known because I’m from Venice, the documentaries and voice over roll I did, you guessed it, they all happened because I’m from Venice. Being from Venice opened so many doors for me. Venice is the most unique and diverse area in all of LA. We aren’t underachievers in Venice, we are Underdogs, and we bite back hard. 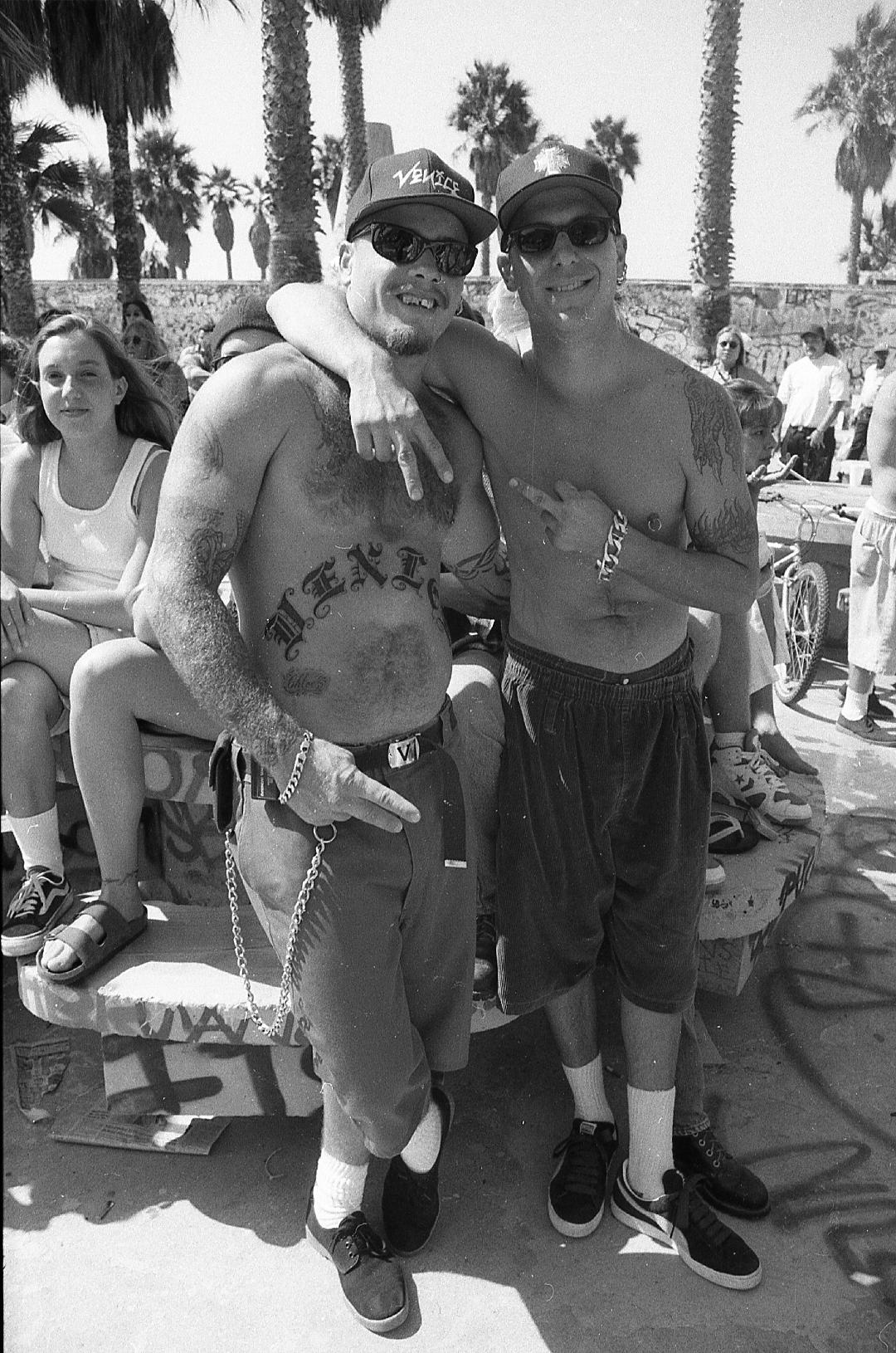 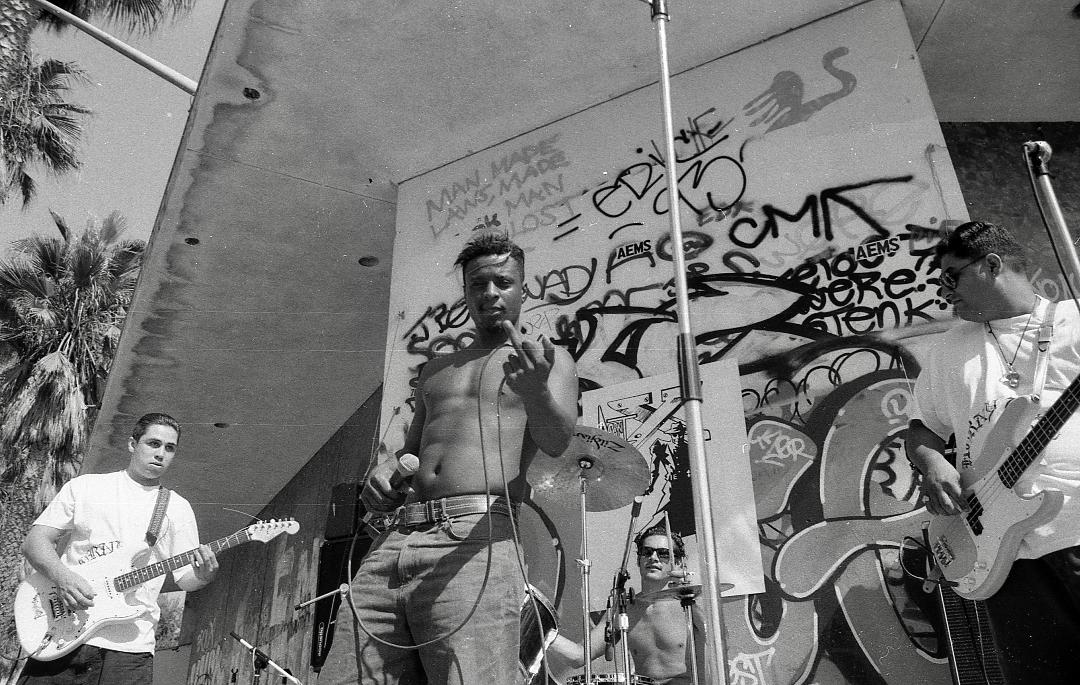 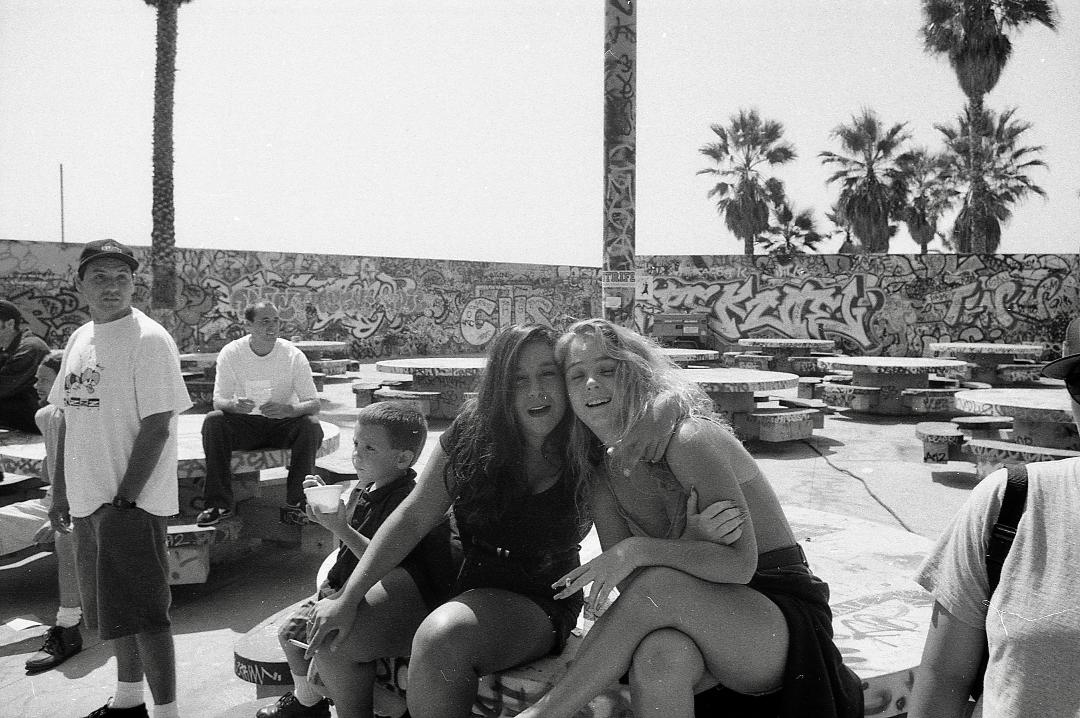 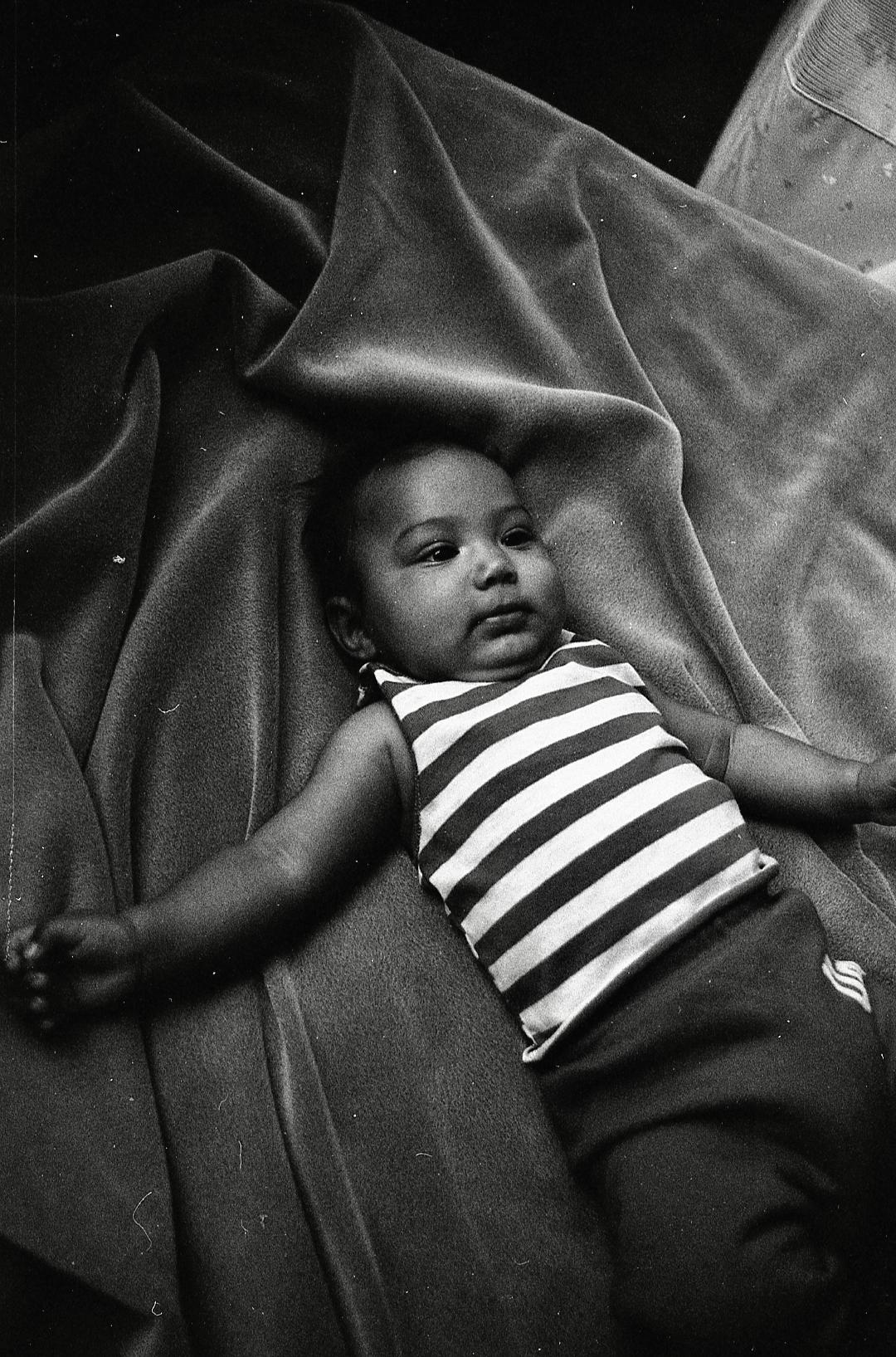 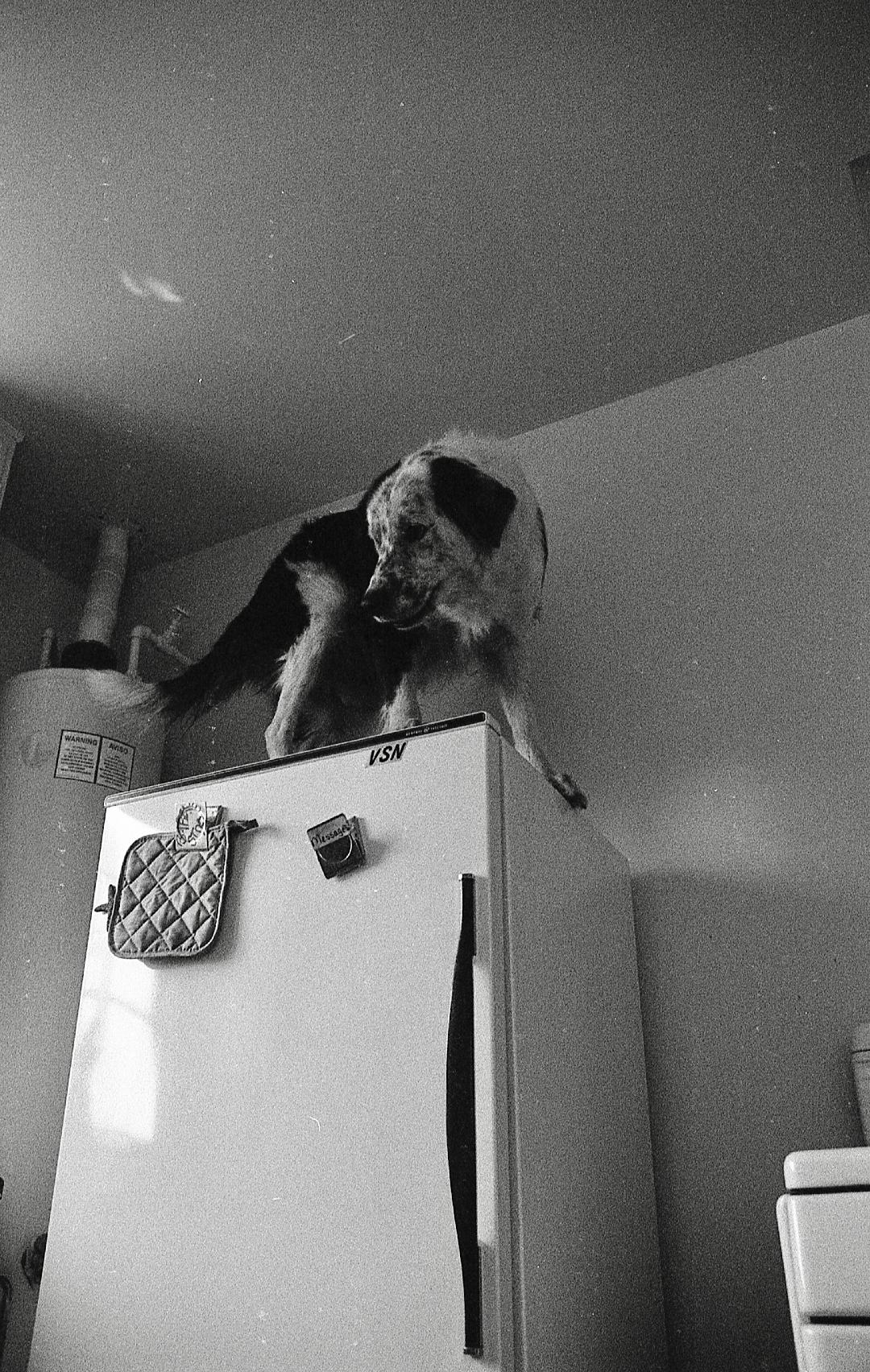 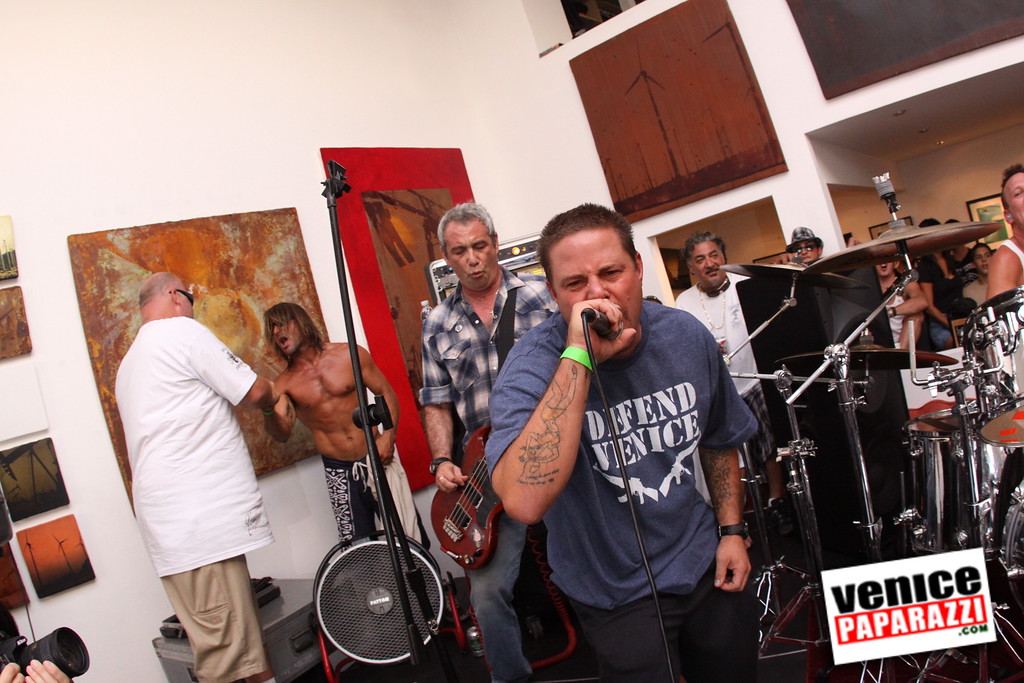 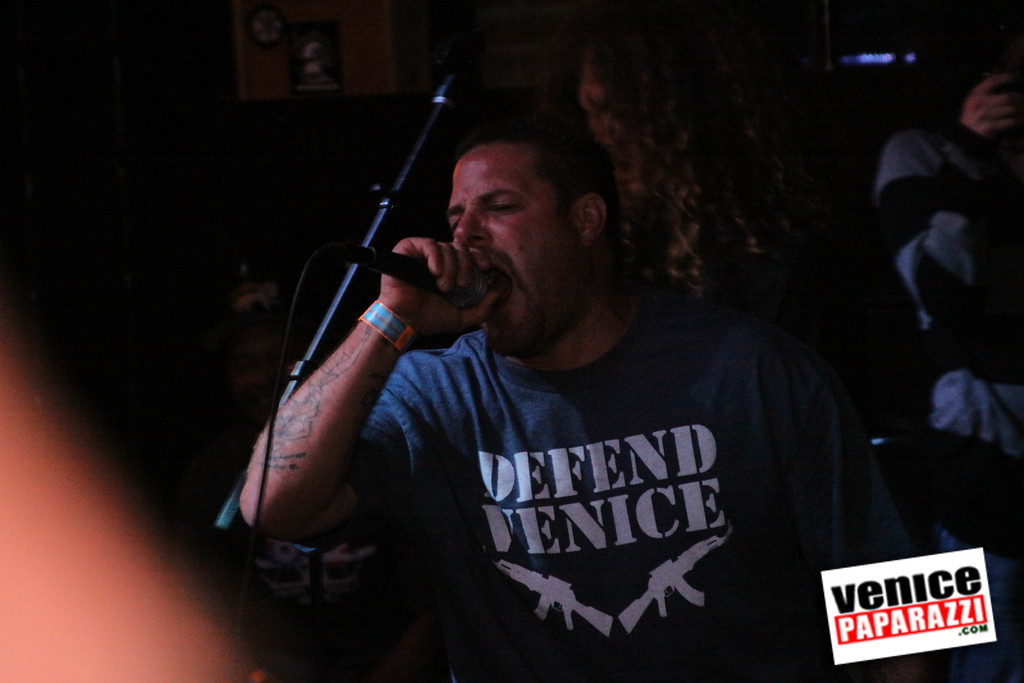 Josh on stage at the Jim Muir Benefit at the Air Conditioned Lounge in 2009.

Ric Clayton or Jayme Burtis. They are both incredible artists.