January 27th, 2015 – VENICE, CA – The Paradise Project, a California non-profit organization dedicated to celebrating and spreading awareness about pantheism, has commissioned the San Fernando Valley’s superstar muralist, Levi Ponce, to paint Venice Beach’s newest mural, “Luminaries of Pantheism”. Levi Ponce is famed for helping beautify sections of the San Fernando Valley with his murals, including Pacoima’s “Mural Mile”. He has also exhibited internationally at The Museum of Contemporary Art, and Merida. 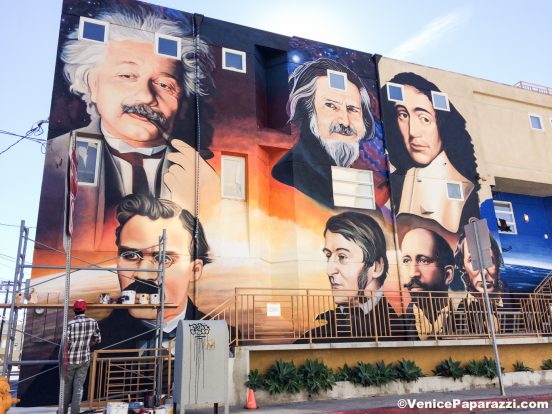 The mural was conceived by Perry Rod, founder and Chairman of The Paradise Project. Rod wanted to create an inspiring depiction of notable and influential individuals who hold pantheistic philosophies. Pantheism is the idea that everything that exists constitutes a unity and that the all-inclusive unity is divine. The mural is being painted at the Paradise Project’s California headquarters at 2201 Ocean Front Walk, Venice, CA, the corner of South Venice and Ocean Front Walk, which receives over a million onlookers per year. It is to be among the five largest murals in Venice.

The Paradise Project held a contest for the design of the building and received over a hundred entries. The winning design was by Peter Moriarty, himself a pantheist, and a graphic designer whose former clients have included Disney, Warner Brothers, and 20th Century Fox. The search for a muralist considered over fifty talented artists and several interviews. The organization is proud to enlist the help of talented artists that can help educate the public about freethinking philosophies underlying the spirit of a place like Venice Beach, California. The mural painting features colored depictions of Albert Einstein, Alan Watts, Baruch Spinoza, Terence McKenna, Carl Jung, Carl Sagan, Emily Dickinson, Nikola Tesla, Friedrich Nietzsche, Ralph Waldo Emerson, W.E.B. Du Bois, Henry David Thoreau, Elizabeth Cady Stanton, Rumi, Adi Shankara, and Lao Tzu. It is scheduled for completion on February 10th, 2015. 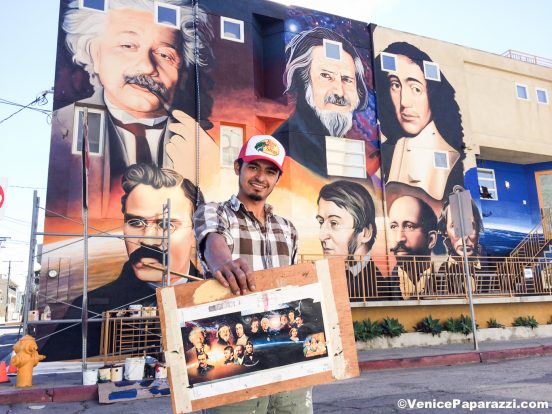 Swing by S. Venice Blvd.  and the Venice Boardwalk to watch artist Levi Ponce in action!

About the Artist:  Levi Ponce is an artist from the San Fernando Valley (1987). He has a Bachelor’s Degree in Art with a concentration in animation from California State University, Northridge.  His murals are community projects that bring together artists, business owners, and local youth.  Together they transform defaced city walls into works of art that neighborhoods take pride in having on their streets.  His efforts to beautify and inspire communities have garnered local and international media attention.  He has exhibited internationally at The Museum of contemporary Art, Merida and at the Los Angeles Craft and Folk Art Museum.  Currently,  Levi works in the entertainment industry as a digital and practical artist.  www.leviponce.com 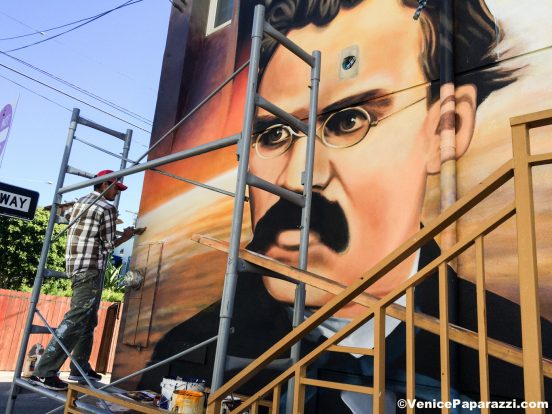 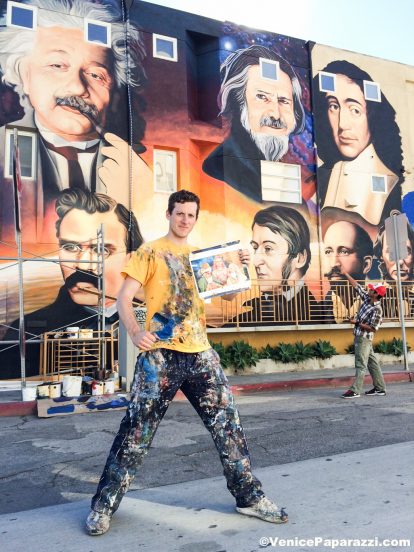 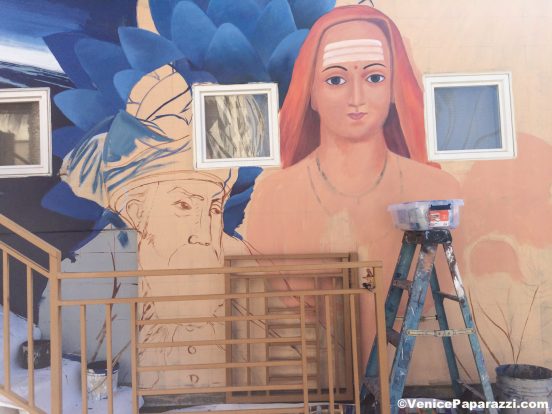 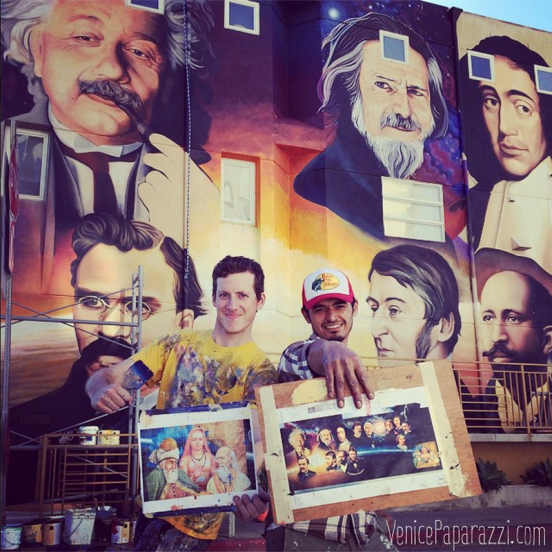