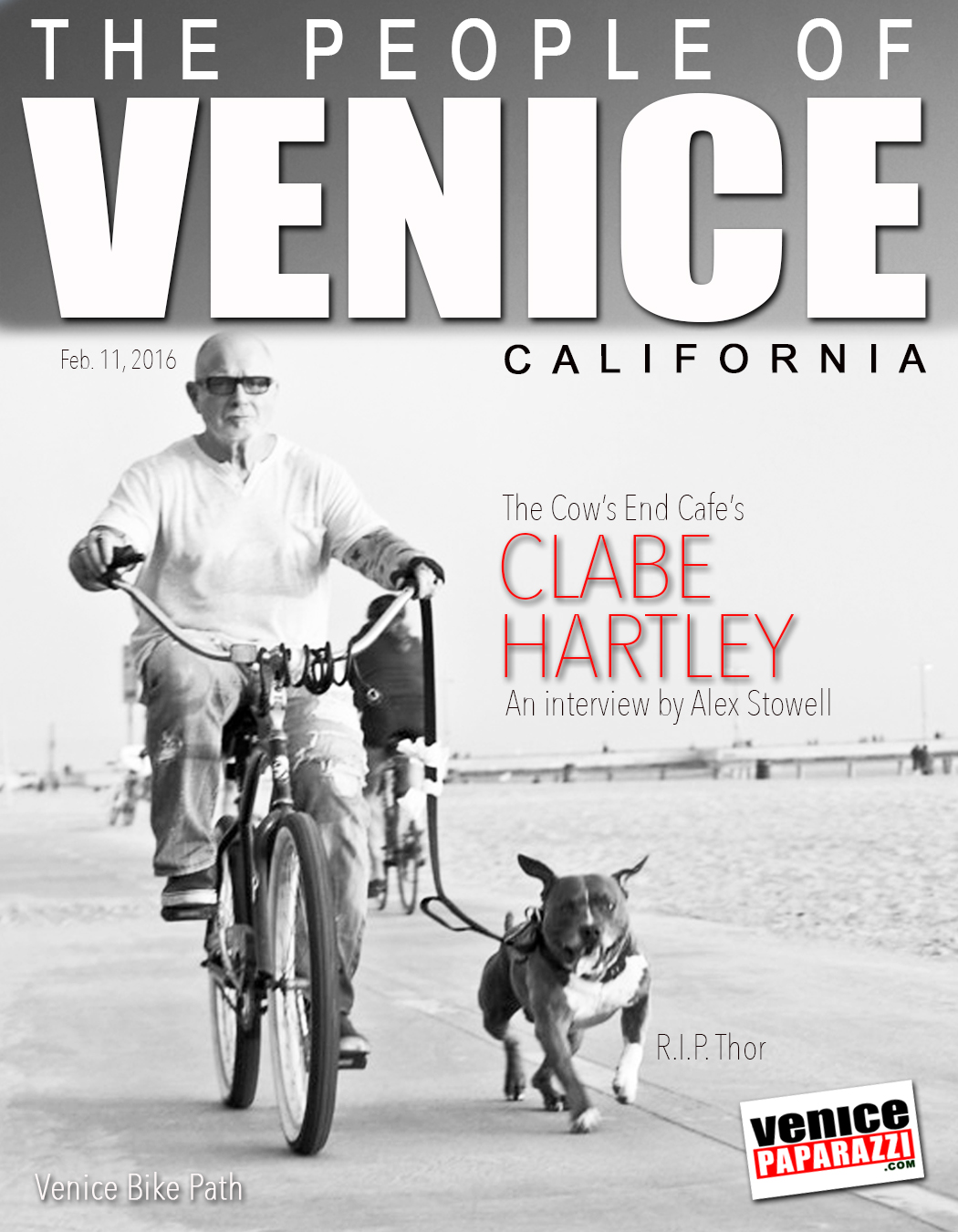 An interview with Venice’s Clabe Hartley

By Venice Paparazzi’s Alex Stowell
…
The Cow’s End has been serving coffee, sandwiches, smoothies and more to Venice and MDR residents for 29 years.  It is a beloved institution where the locals hang.  Today we are going to meet the man who started it all, Clabe Hartley.  Clabe is a pit bull loving, life long martial artist who listens to the Eagles, likes to eat lobster and cites The Godfather as his favorite movie.
..
Clabe was born in a poor town in Panama, and spent his early child hood on a street thats name translates to “get out if you can.”
.
Well, Clabe did get out.  His family  moved to Chicago and he spent his teenage years in Old town Chicago, where he learned to box at the YMCA and developed a fondness for local coffee houses. 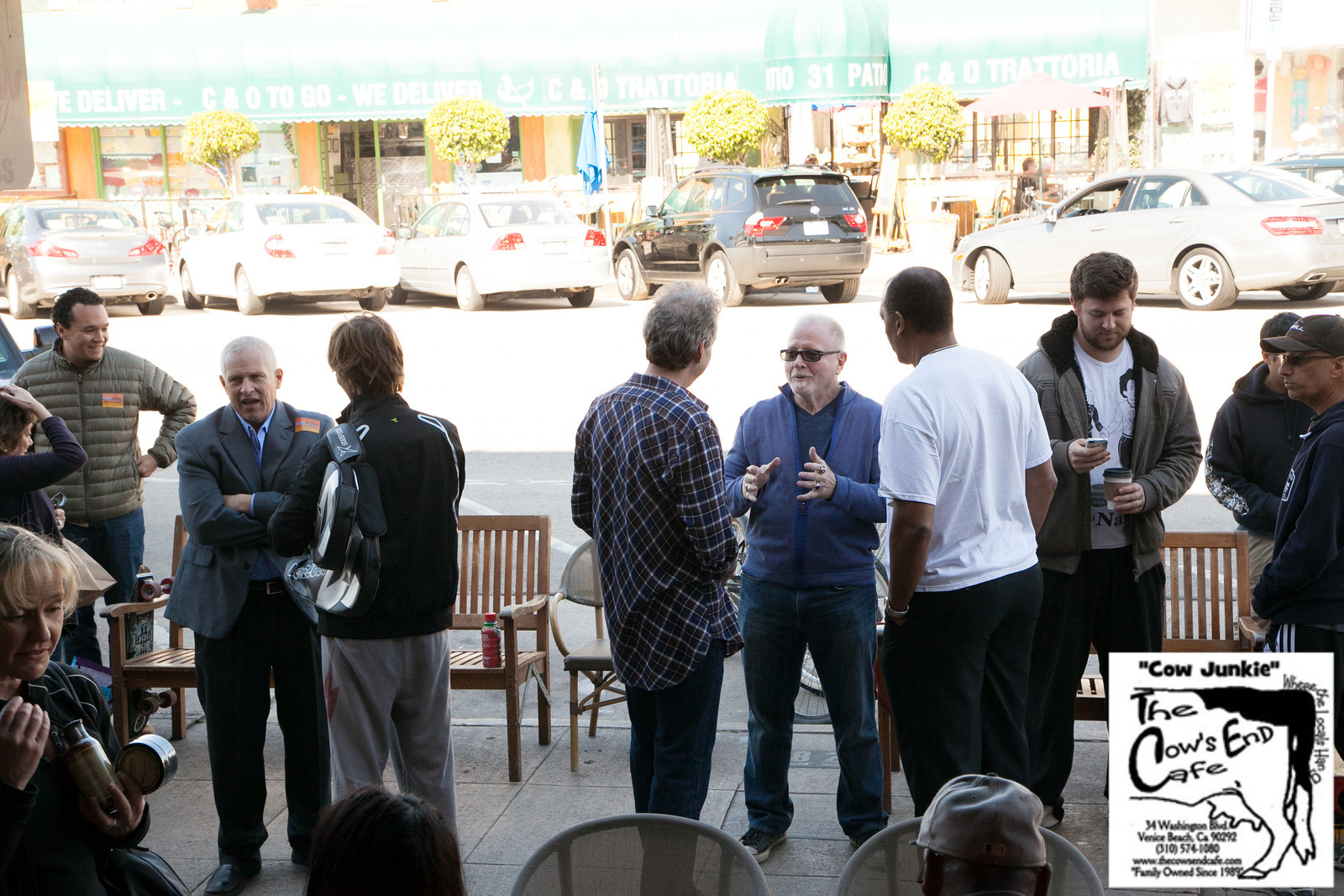 Moving to California as a young man, Clabe met a man who would change his life, his Sensei, Ohshima. Ohshima had a dojo in Santa Monica that looked like “someone had turned back the hands of time.” With wooden floors, a non-violent, compassionate approach and tea served after training, it was here that Clabe learned more than Karate.  He learned the “art of Zen.”
. 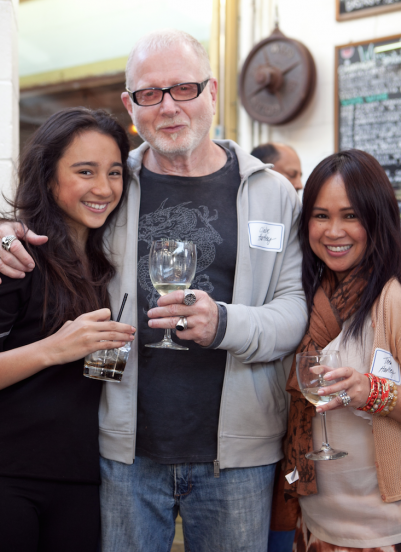 Years later, when Clabe eloped with his wife Thea, it was a priest and  Sensei Ohshima that presided over the ceremony in Little Tokyo.

.
When Clabe decided to build a coffee house and live above it, people thought he was nuts. But, doing things the normal way has never been the way Clabe rolls.  His wife is 30 years his junior and  he had his first child at 55.  Clabe has an 8th grade education and a daughter, Seaf, who is  choosing between  ivy league schools. Hartley  credits his “instincts greater than intellect” as the primary reason for his success. And finds truth in Einsteins saying that “the more he knew, the more he recognized that there must be a superior intelligence.”
.
So, drawing on his memories of Panama and Chicago as coffee houses being a “community gathering for culture,” The Cows End was born.
.
And, if you would like to taste something directly inspired by Clabe’ youth, try the Latin Cappuccino. It is condensed milk, steamed 1/2 and 1/2 and two shots of espresso, just like the Panamanian ladies used to serve in Clabe’s birthplace. 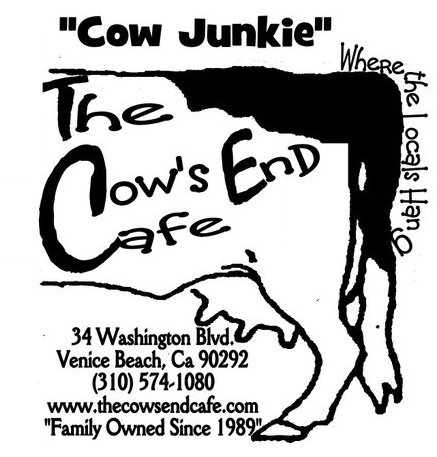 Stop by the Cow’s End Cafe and say hi to Clabe! 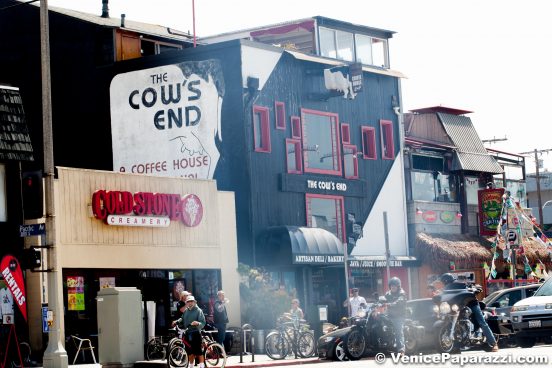