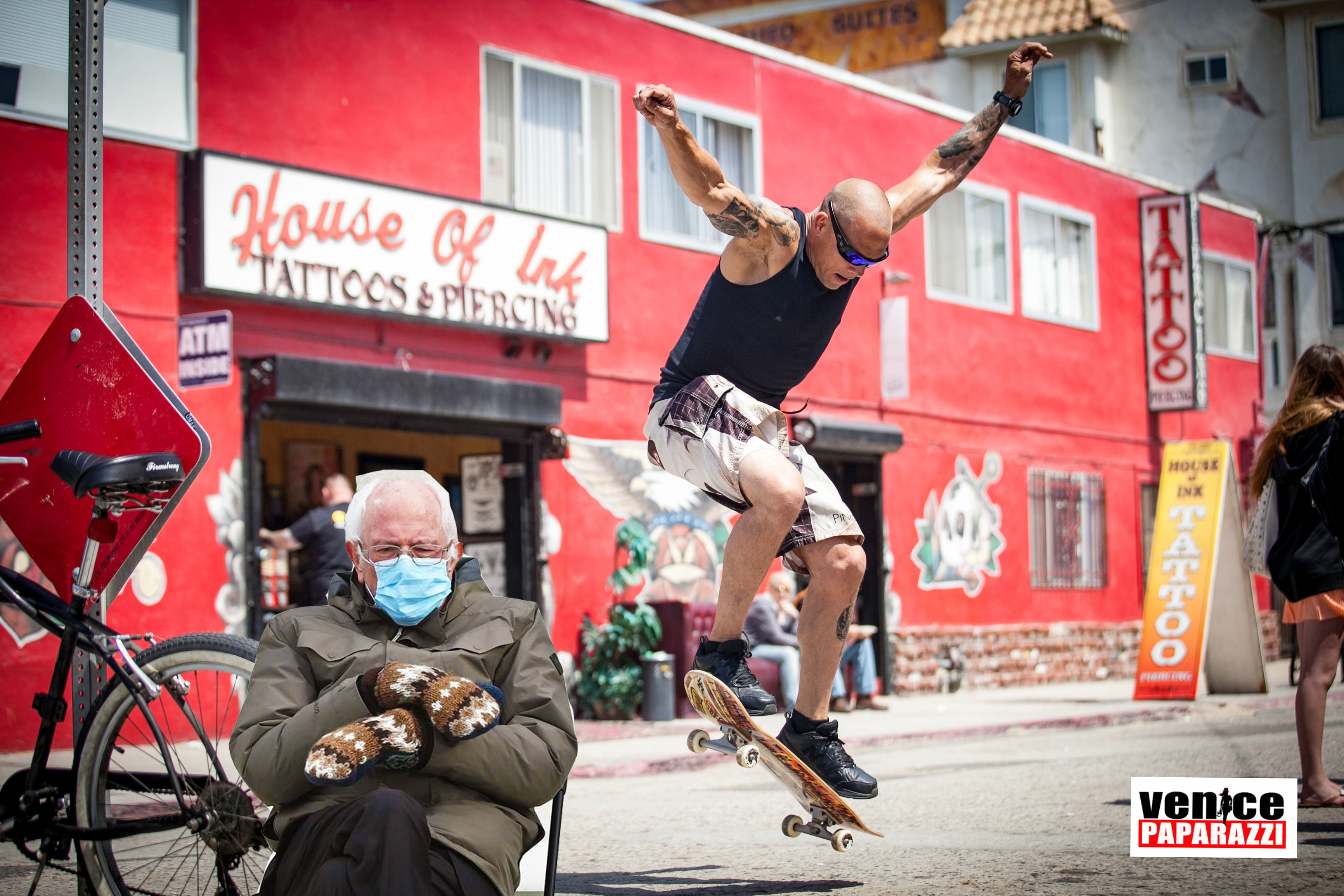 Venetian humor is on full display as local groups throw up their homemade Bernie Sanders and his mittens memes.

Featured photo of Venice Paparazzi’s Alex as he Ollies over Sanders. 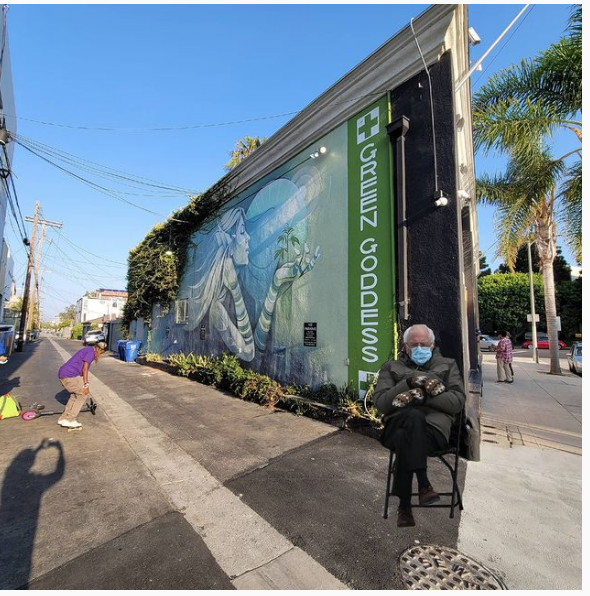 greengoddessvenice says “There’s no need to wait outside @berniesanders! Come on in and let us help serve you up something that will take that chill off!” 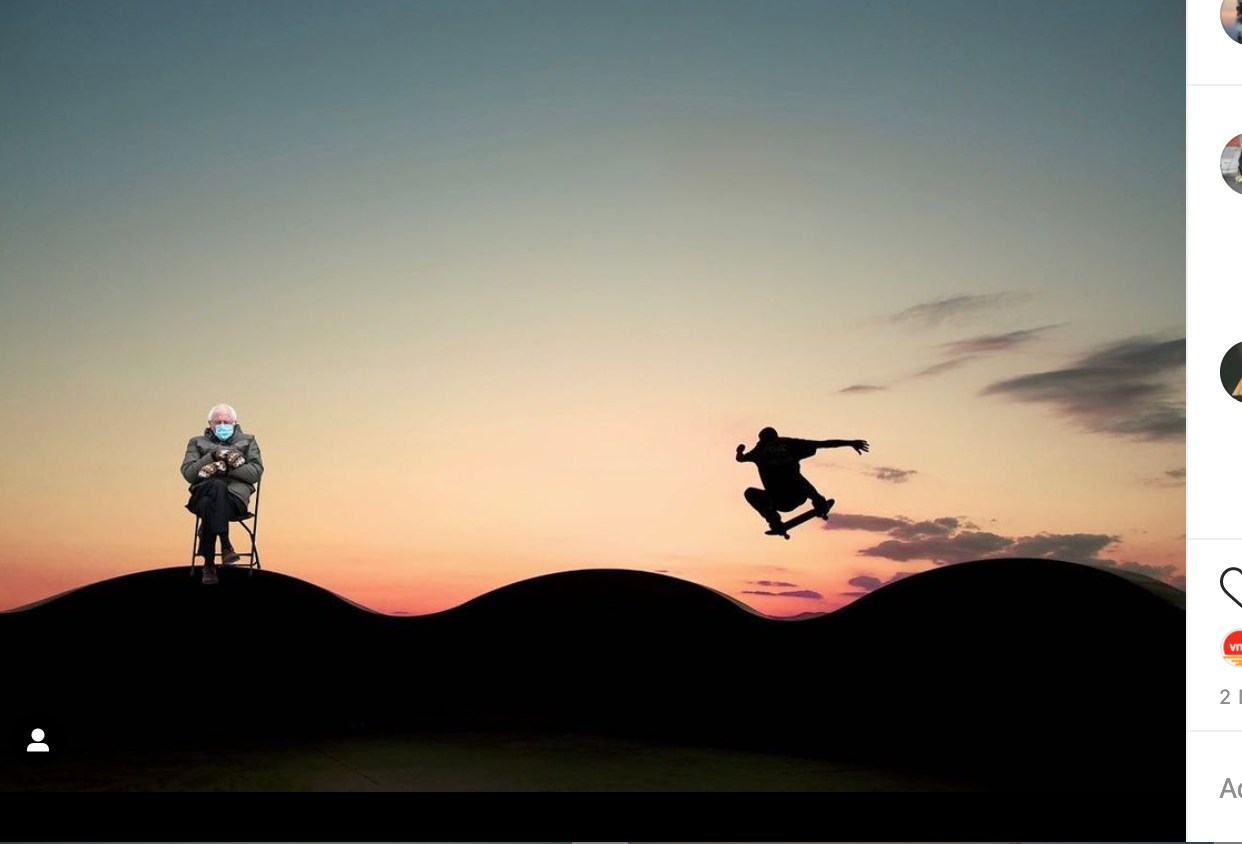 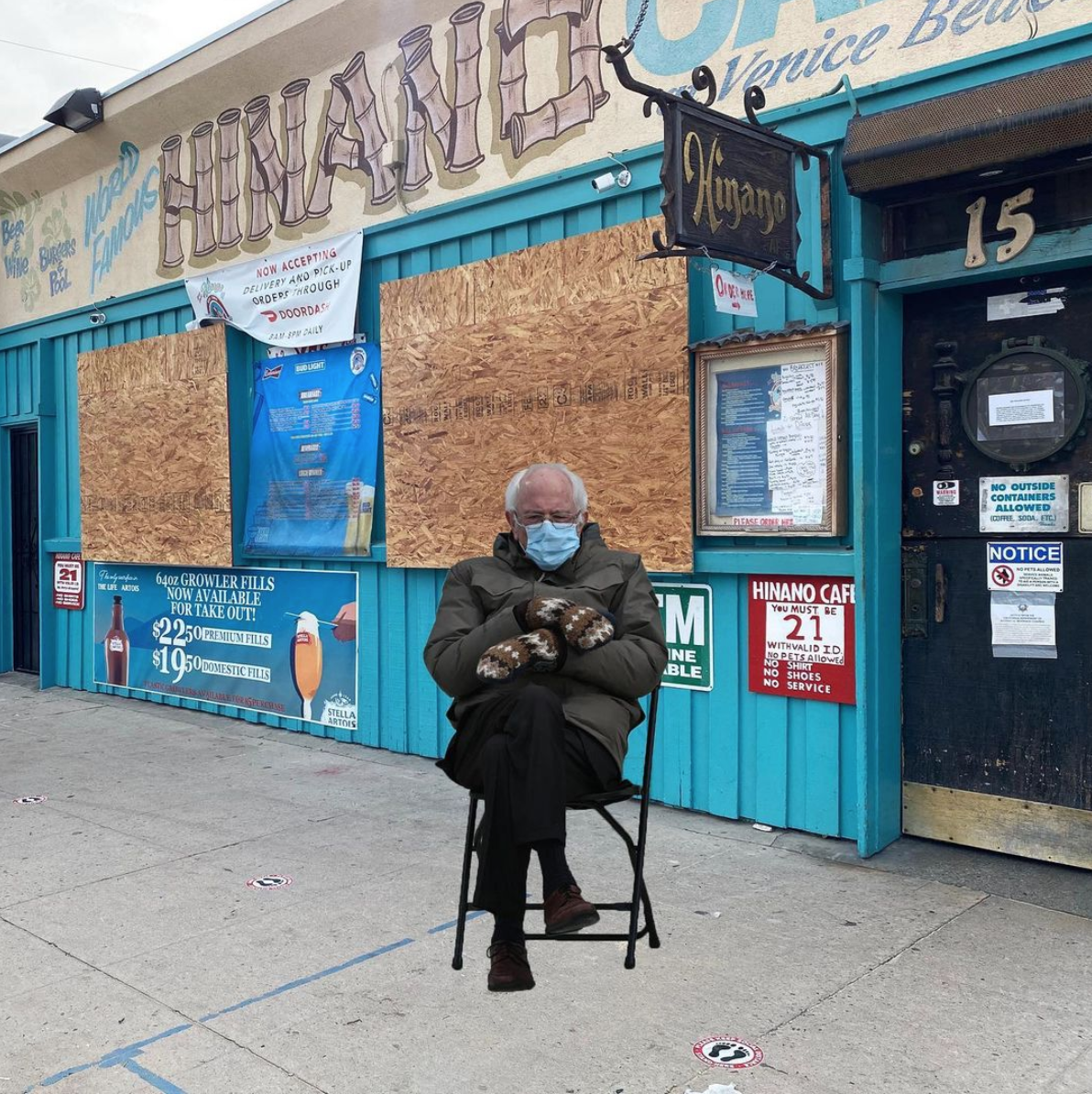 Meme from Hinano’s.  “Waiting for Hinano to reopen after the storm… sorry folks we will be closed this Saturday 01.23.21 back Sunday!” 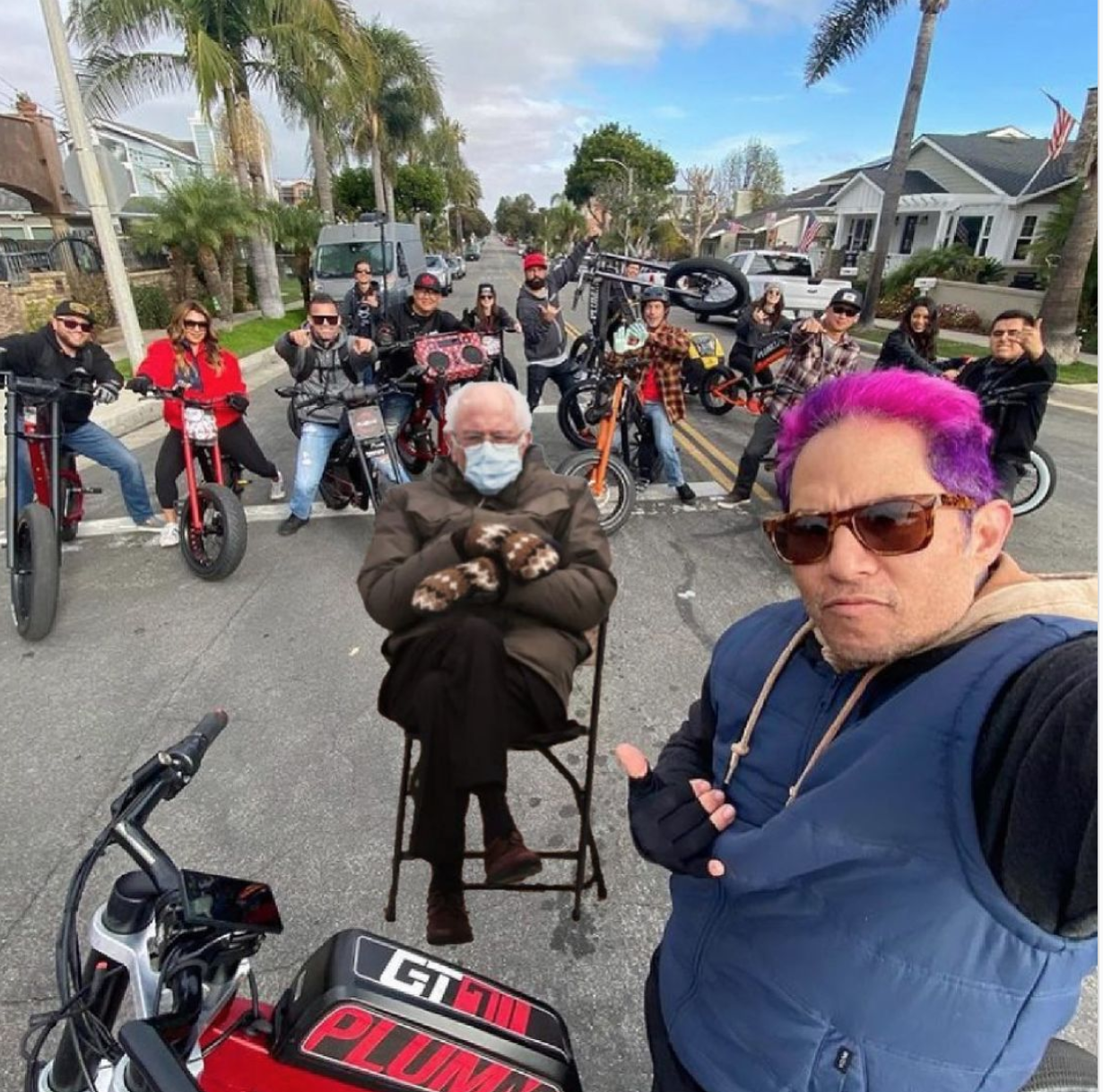 christianhosoi says “Bernie was bummed when we told him we didn’t have another @plummotorbikes for him to ride!!!  He said he wouldn’t move and will show up in everyone’s photos until he gets one!!!” 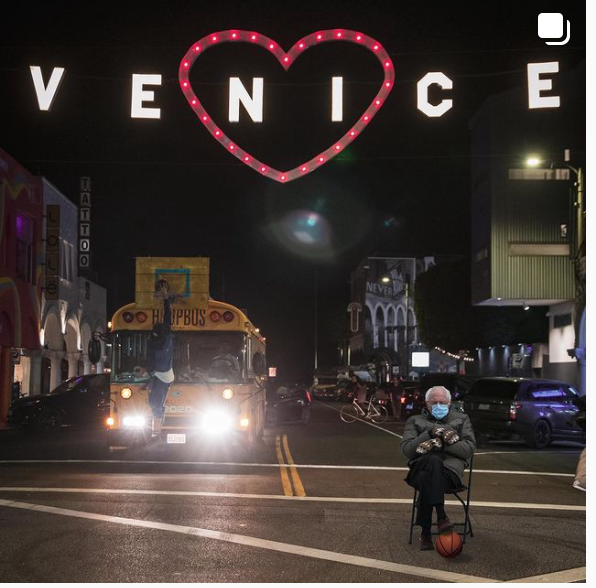 veniceball says “Air Bernie is back in Venice!” 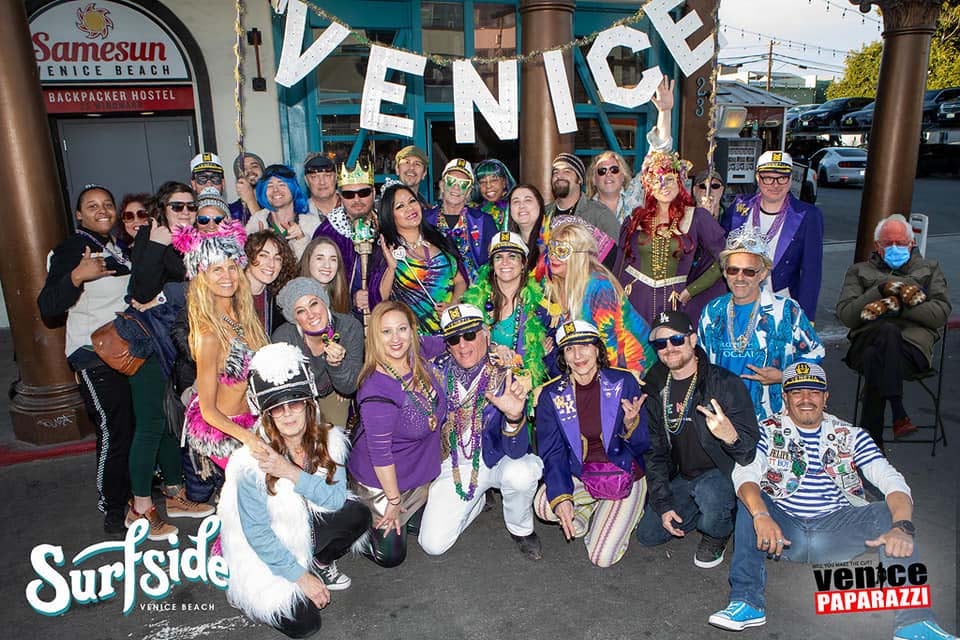 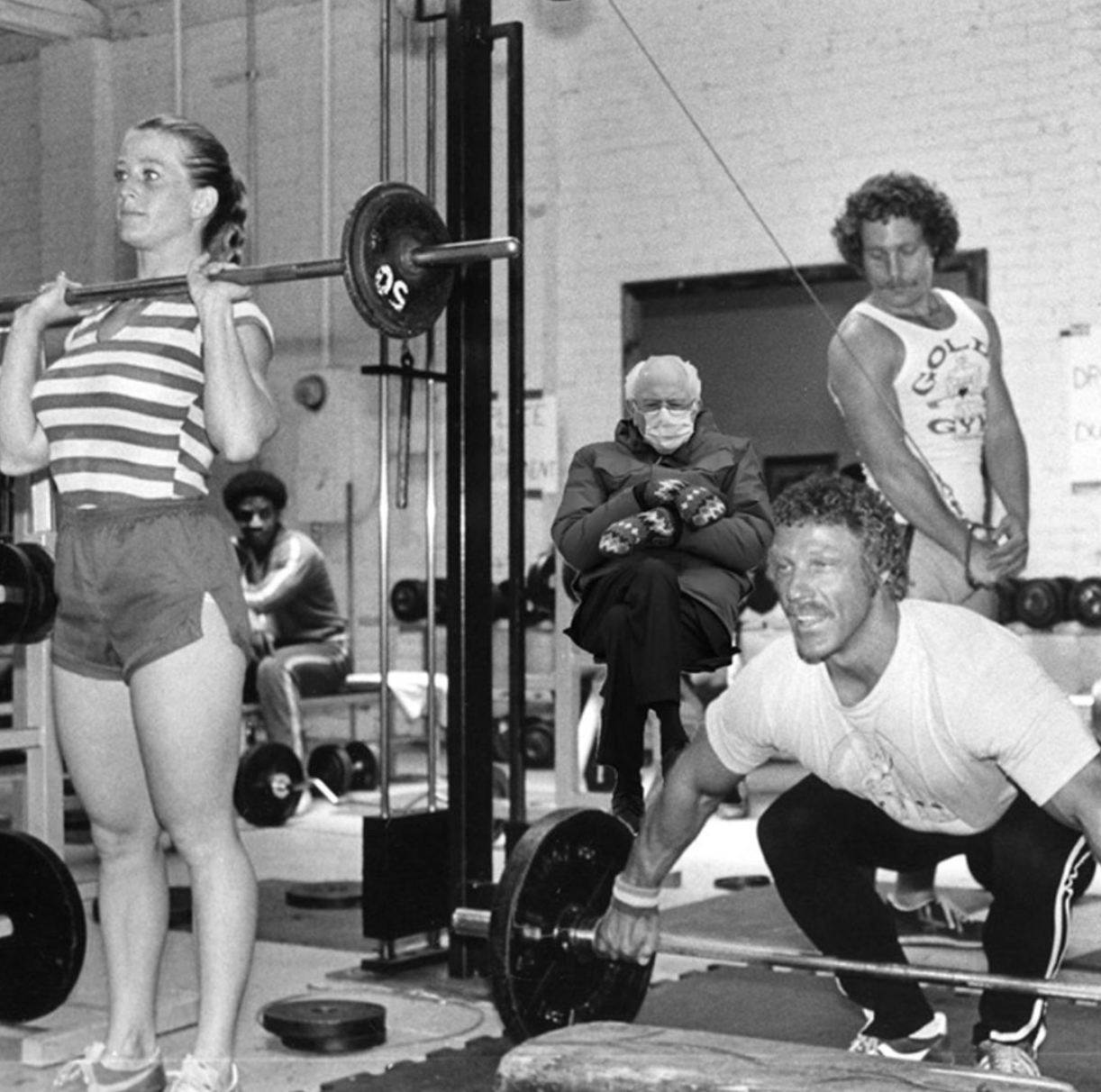 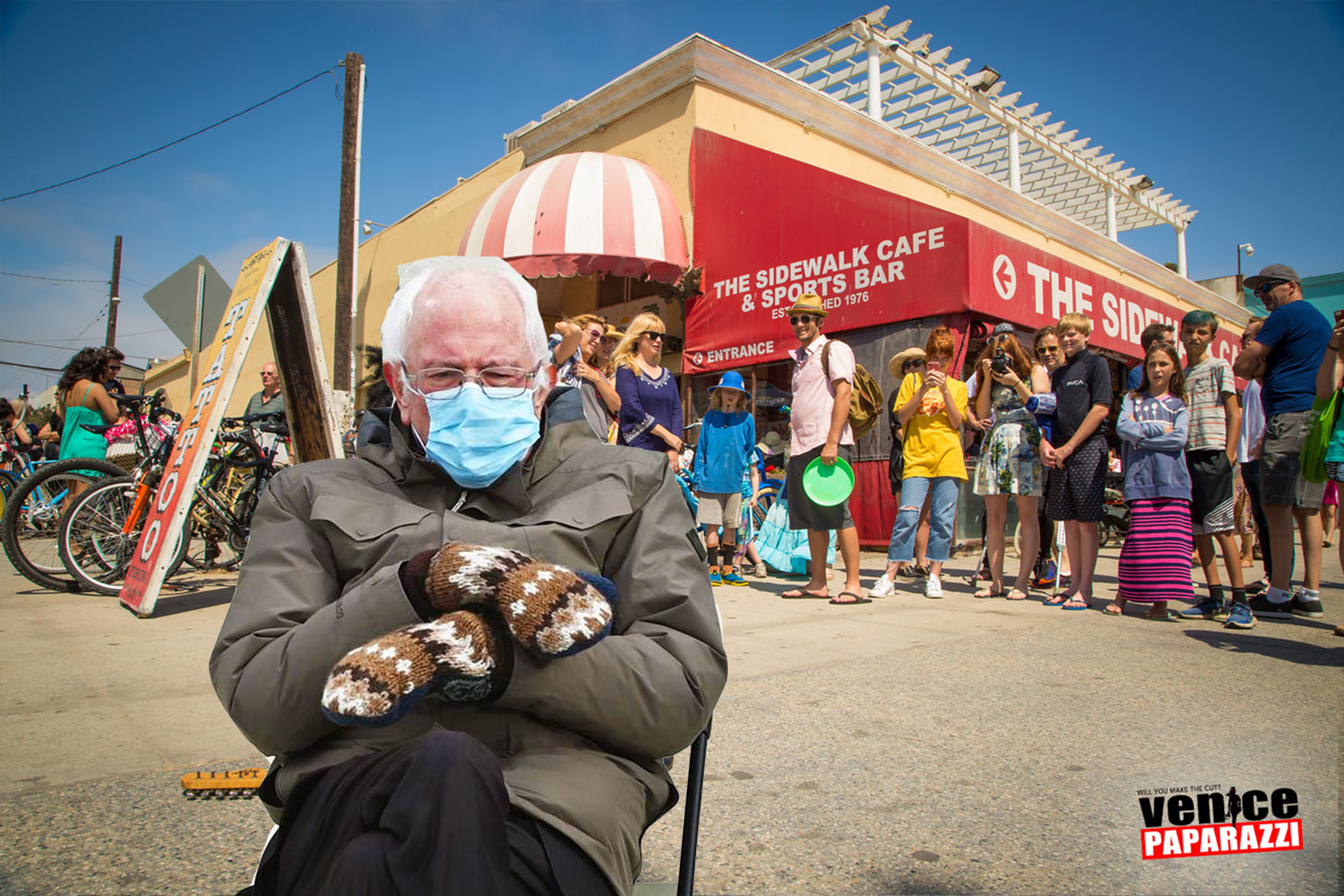 Bernie’s fans can’t get enough of him.  Photo of the Venice Boardwalk in front of the Sidewalk Cafe. 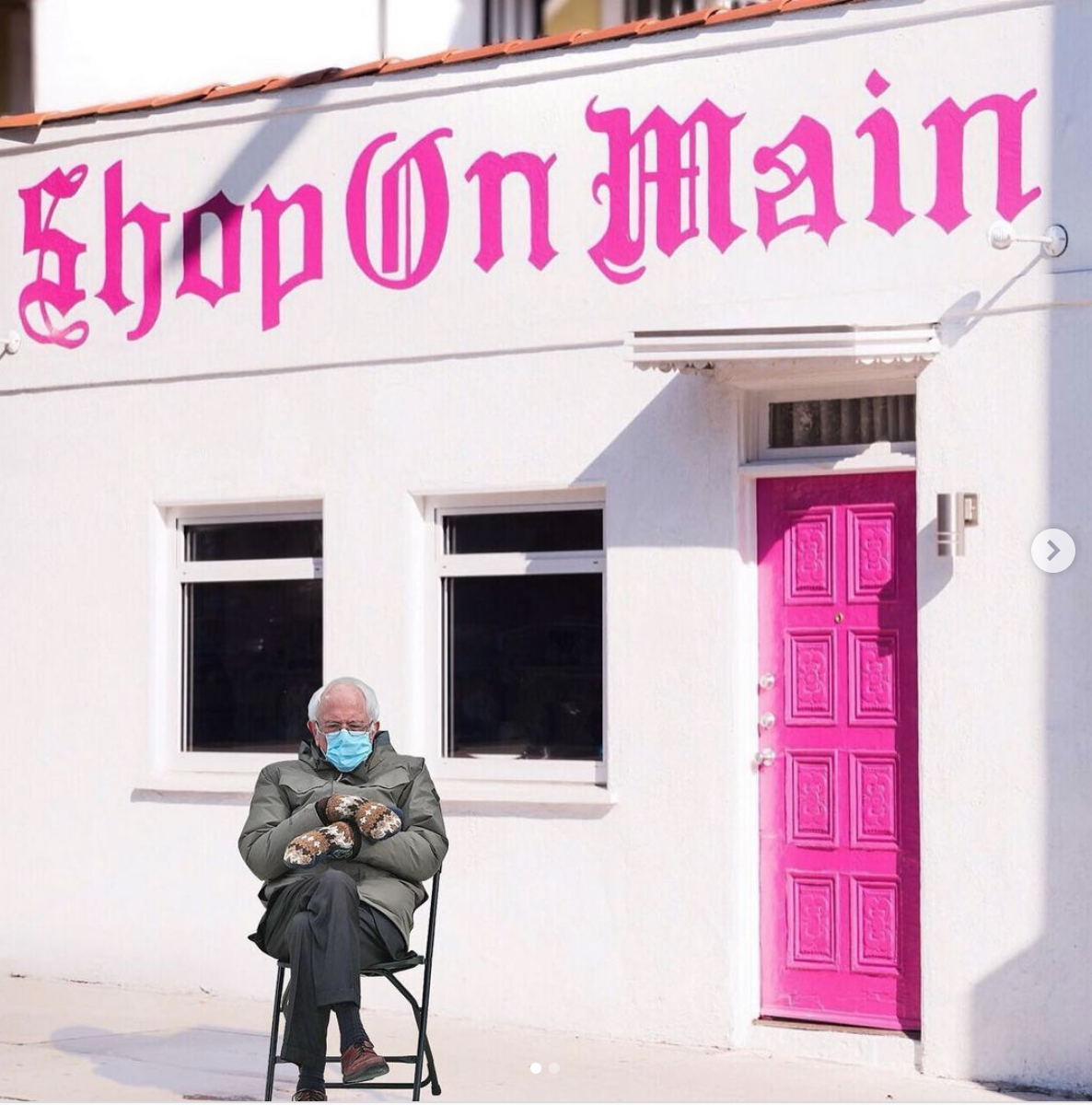 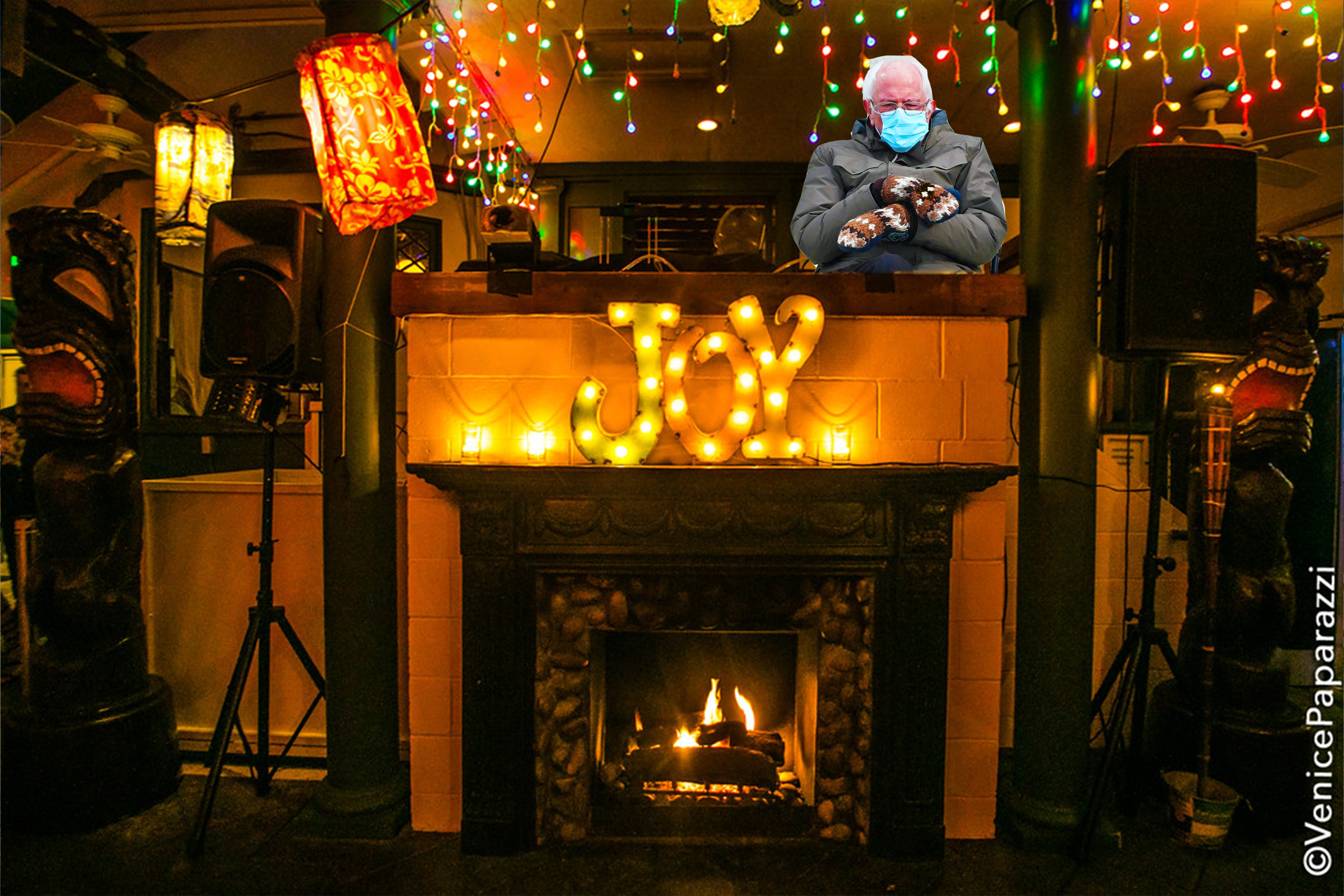 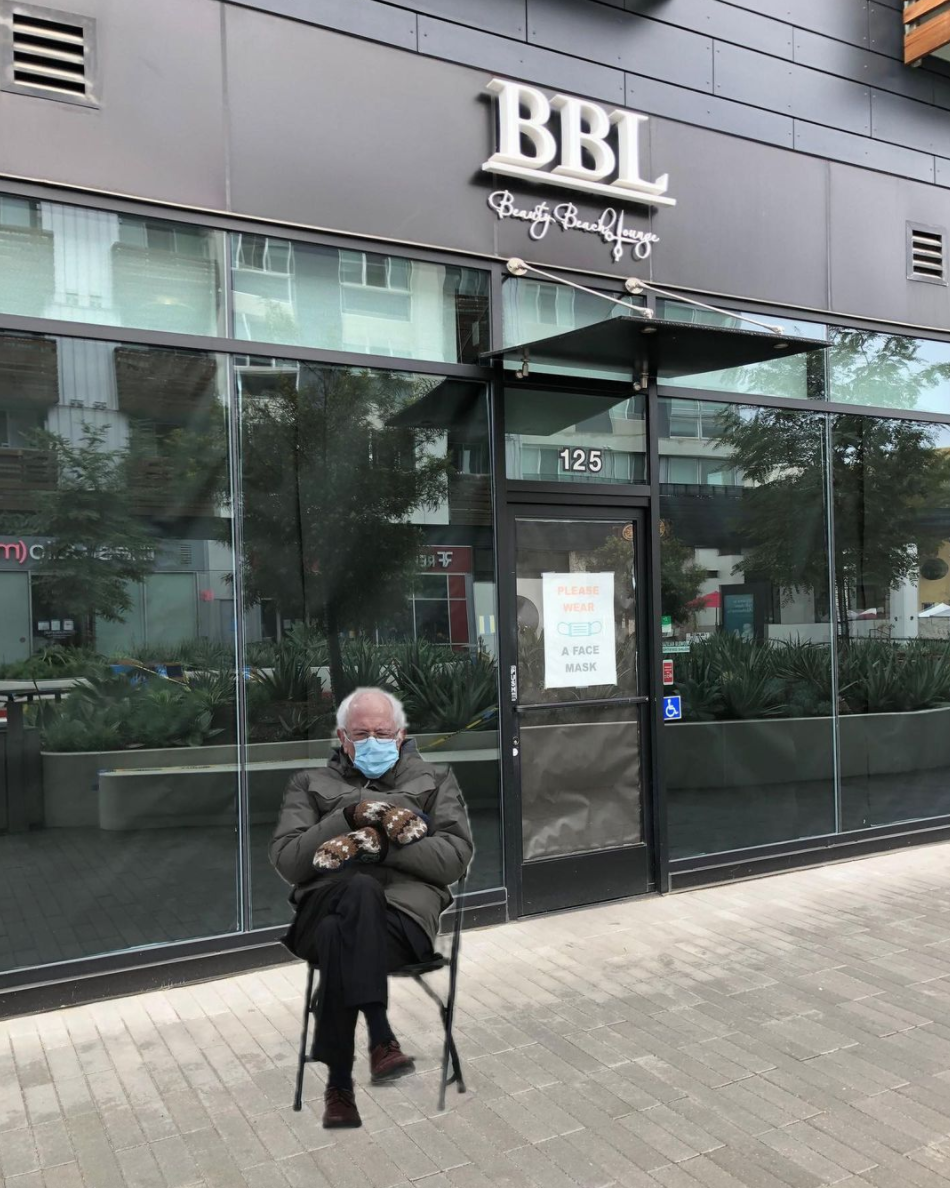 Venice Paparazzi says “Bernie looking to get that horse shoe trimmed up! 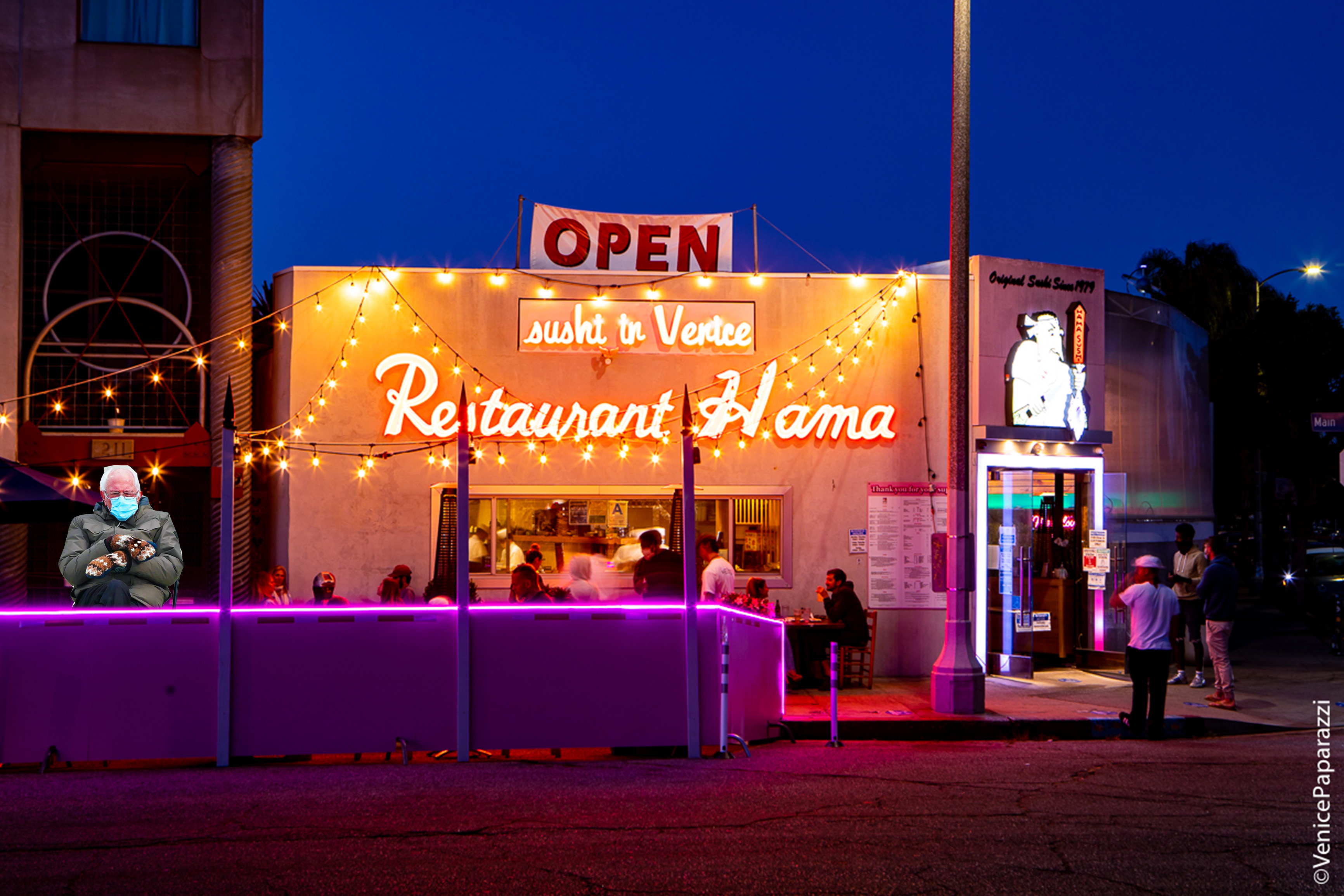 Venice Paparazzi says”  Bernie is looking to score the legendary Venice Roll from Hama Sushi, and word has it they will be free, once he is in charge! 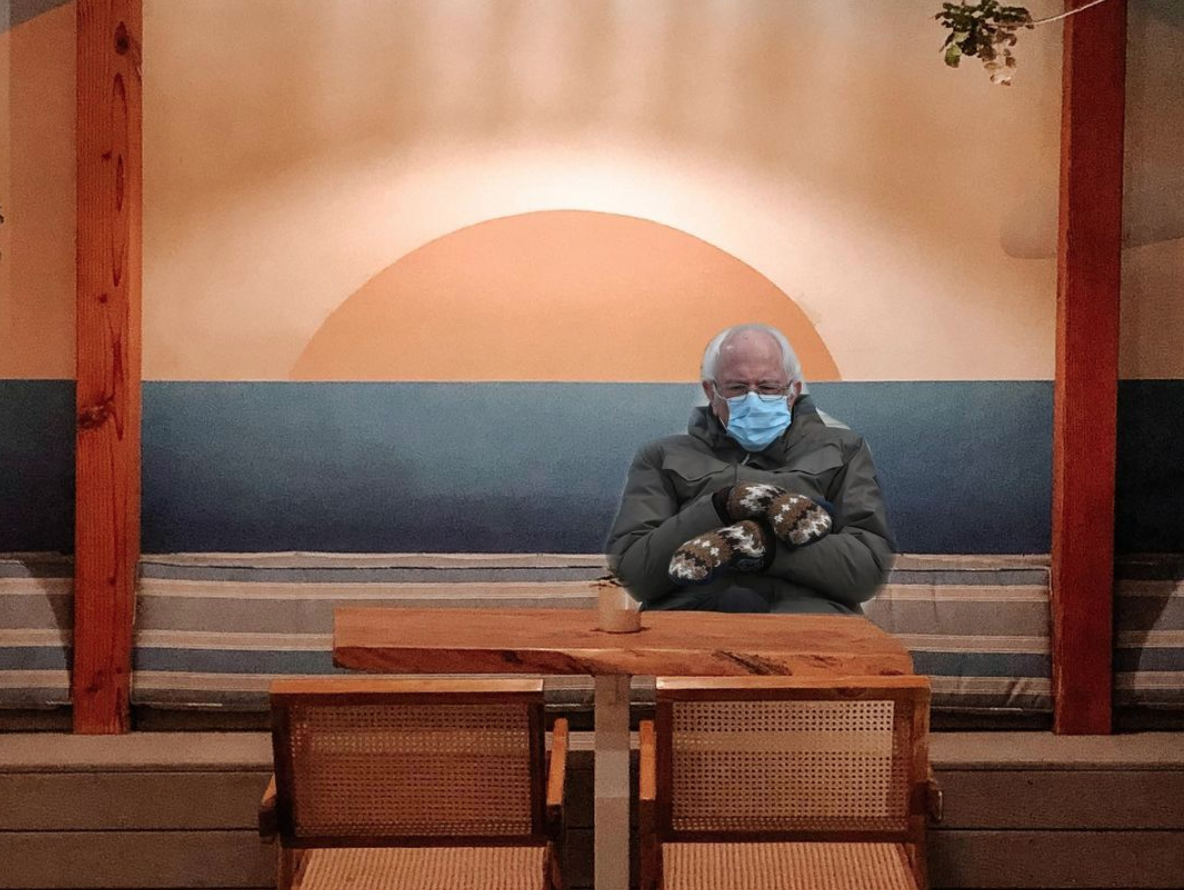 Venice Paparazzi says “Bernie chilling with all his friends from the DNC.”
thewaterfrontvenice says “Distant but social.”

Venetians humor is on full display as local groups throw up their homemade Bernie Sanders and his mittens memes.

Bernie Sanders turned his inauguration meme into a sweatshirt to raise money for Meals on Wheels Vermont. 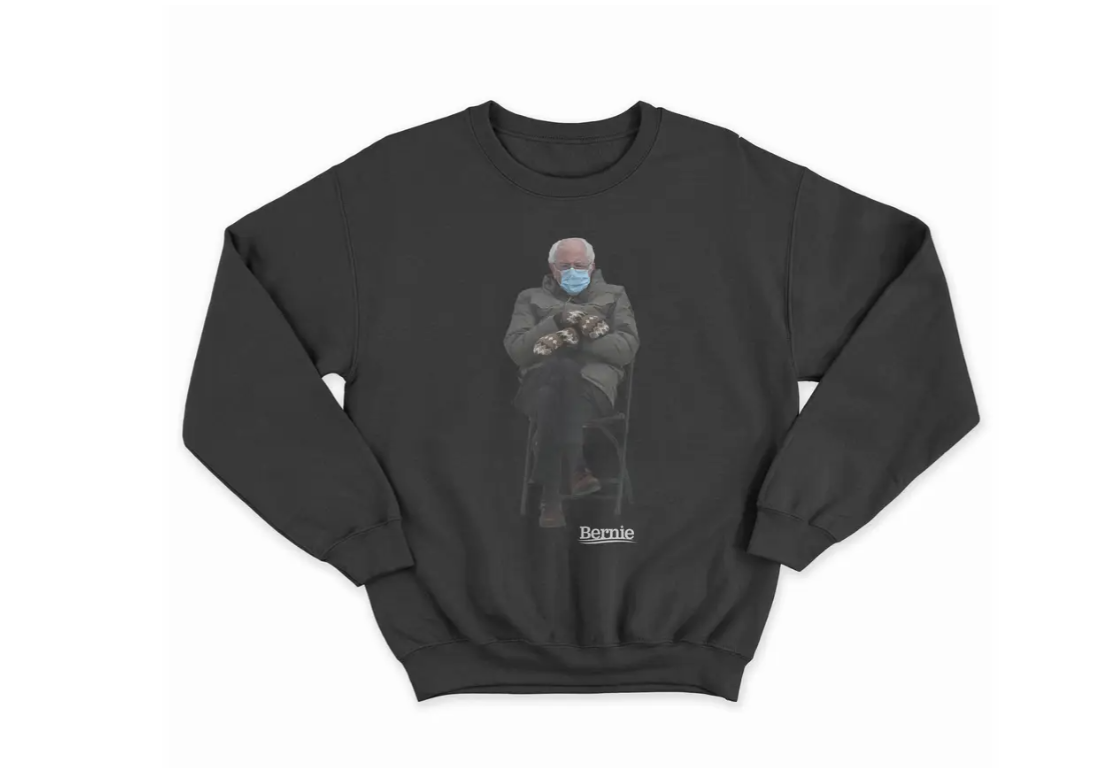